There's a new lightweight folder about, carbon frame with belt drive either single speed or Alfine 11. Looks tasty but quite a price.
https://www.theguardian.com/lifeand...ke-high-performance-carbon-watch-out-brompton 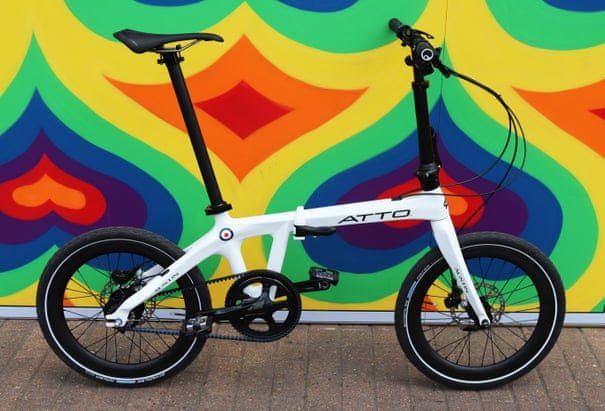 Nah, the attraction of a Brompton for me is the quick and small fold. That wins over speed every time.

It's not just a bit more expensive than the Brompton, it's double the price. That's going to be quite a big sticking point for most buyers who want a folder for the practicality. In the niche market for performance bikes that also fold, its main rival will more likely be the Airnimal Chameleon.

It's yet another Dahon knock off. The much vaunted magnet is also a feature of that brand.

Folds in the middle like a Dahon. Nice and light but without the combination of a compact fold this doesn't seem such a benefit. For a light-ish, nippy folder I'd go Airnimal (again- I had one for a short while)

Kind of like the Hummingbird, it seems a bit 'carbon frame for the sake of it'. Not that much lighter than the lightest Tern models (Cyclist weighed their test bike at 8.5 kg…and that was the single speed version not the Alfine), a few seeming niggles on the quality front (creaking etc). If you want a fast folding bike, Airnimal still lead. If you want a simple and compact(ish) fold, at the expense of a little performance, Tern still lead.

There's no such thing as a Brompton Rival,...this is just another overpriced, carbon framed folder.

Sooner have a Brompton, both Ribbles, the Dynatech SS speeder and a few hundred £££ left over!
Carbon is'nt good for hard points, which are what you need in a folding bike.
It also doesn't do well in long skinny beam sections, and that bike was nothing but long beam sections.
OP

I think it's just too expensive and specialist. If you go for the alfine hub version it's getting on for 3k. For a lot less money I'd rather have a Birdy.

What usefulness does the extra £1000 bring?

I'd have a Tern anyway - I like the way they ride, not that I have a need for a folder.

But as you say, getting on for three times the price of a Brompton once you've added gearing.

And no mudguards - though you can order some for £200.

And no chain stays. Does that mean there'll be a rider weight limit? I can't see that being very strong, but obviously necessary because of the belt drive. Though I have seen bikes with hinged pieces that swing out the way to allow you to refit a belt.

Do like the idea of a belt drive and disc brakes though.
Last edited: 22 Jul 2019

StuAff said:
Not that much lighter than the lightest Tern models (Cyclist weighed their test bike at 8.5 kg…and that was the single speed version not the Alfine)
Click to expand...

It looks like on their site, the 7.48kg quoted weight version is the Atto Monaco which will also lighten your wallet considerably to the tune of £6,000 and is only available single speed. 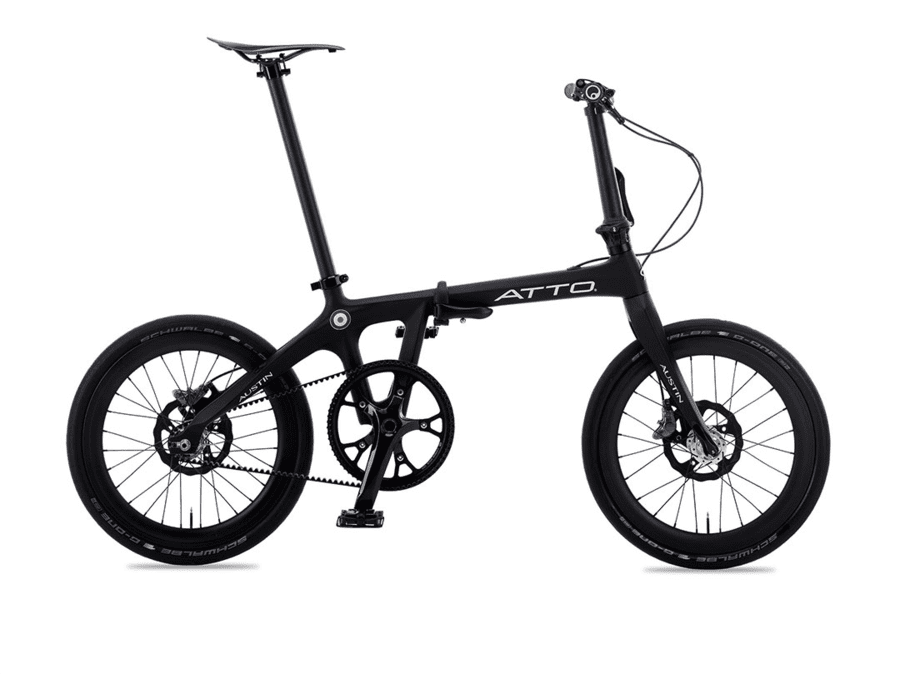 Kell said:
It looks like on their site, the 7.48kg quoted weight version is the Atto Monaco which will also lighten your wallet considerably to the tune of £6,000 and is only available single speed.

I saw that. Barking price tag.

Cycleops said:
I think it's just too expensive and specialist. If you go for the alfine hub version it's getting on for 3k. For a lot less money I'd rather have a Birdy.
Click to expand...

I've not ridden a Birdy but I've always liked the look of them. There used to be a chap who got the same train as me who had a Bike Friday and they look rather spiffing too, but I've never ridden one of those either.

I have ridden an Airnimal Joey and very much liked it - it rides like a proper bike. But I don't really consider it a true folder - you could get away with taking it on the train for a mixed commute, but it's far from convenient compared to the standard commuter choices (most of the ones I see on the train these days are Brompton or Btwin).

I've ridden the Hummingbird and loved it. I would get one, if I could afford it. In fact, if money were no object, I'd get the Hummingbird e-bike, which is truly awesome (even with the motor it's lighter than a Superlight Brompton, which is why it accelerates like a rocket).

M'colleague has ridden both the Atto and the Hummingbird - I shall have to ask him how they compare.

The Atto looks like its folded state isn't as compact as the Hummingbird (which is taller and longer than the Brompton when folded, but also much narrower). The Hummingbird has a Brompton-style folding rear triangle, but unlike the Brompton it pivots around the bottom bracket so doesn't need a chain tensioner.
S

A subtlety of the B fold that is often missed when comparing with other folders is that the oily bits are all hidden inside the folded package, away from your and other peoples clothes when you are carrying it. Even those bikes that make the B seem cheap don't seem to manage that (but I notice the Atto above seems to have a belt, so not so bad.) The B also folds so that the potentially dirty road wheels are not in contact with the floor. Just seems polite if you are taking it into someone else's property that is carpeted, like a hotel or office.
You must log in or register to reply here.
Similar threads