I'm refitting some cantilver brakes which currently have yoke hangers like this:

but I'm finding threading the main cable through the top is a total PITA because you have to trim the main cable exactly right in order for the yoke to clear it - in the image it looks like they do not touch, but on mine they do. I've though about using gear cable for the yoke (because it only carries half the load of the main cable) but I'm not entirely confident about that, and I'm still not sure it would fit.

I do have some of these type in my bits box

but I don't remember those being any better. A little bit of googling has revealed you can also get these:

which are rather lovely, and I suppose would automatically correct for any off-centre forces. But they're £20 each.

The black ones I have are wide, whereas the others are relatively narrow. Would there be any functional difference that one could actaully feel between them?

KneesUp said:
I do have some of these type in my bits box
View attachment 396581
Click to expand...

I think people generally steer clear of those due to the risk of the yoke cable jumping off and getting caught in the tyre/wheel. 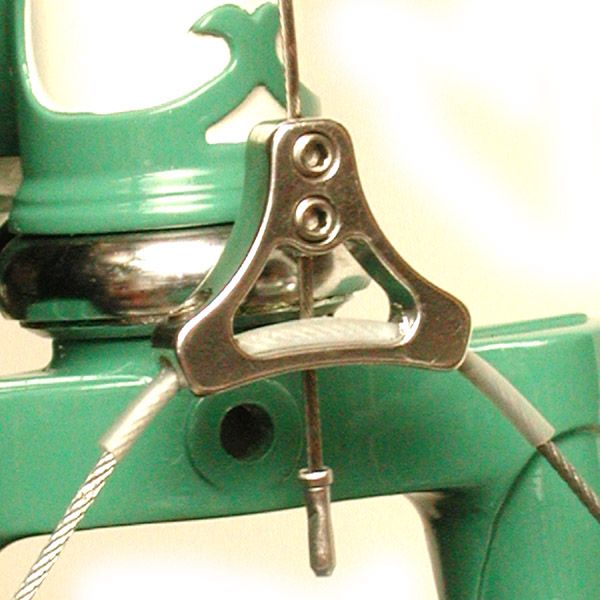 And I think this is the eBay seller I got them from...
https://www.ebay.co.uk/itm/Bike-Bra...217629?hash=item35ddc9349d:g:cWcAAOSwm8VUvj-M
You must log in or register to reply here.
Similar threads