viniga said:
No law against coasting!

I would coast if, a) I didn't have the right gear for the hill b) If i needed to slow down / manoeuvring or c) I needed to recover as my pacing was off

Given the description of your course it sounds like you could be losing time on these sections.

NB I have heard that keeping the legs spinning, even if not pushing out power, helps clear the lactic acid.

Good luck on your next attempt.
Click to expand...

Thank you.
Will give this week's event a miss due to England Belgium but hopefully by next Thursday will have had several rides without any huge gaps in cadence and see if that makes a difference.
OP

OP here. Did my first TT since posting this original post. Just took 1 min 15 off the time I set originally. Tried pacing the ride using power meter but also made sure I didn't coast. Made pretty big difference, so thanks all for your tips. 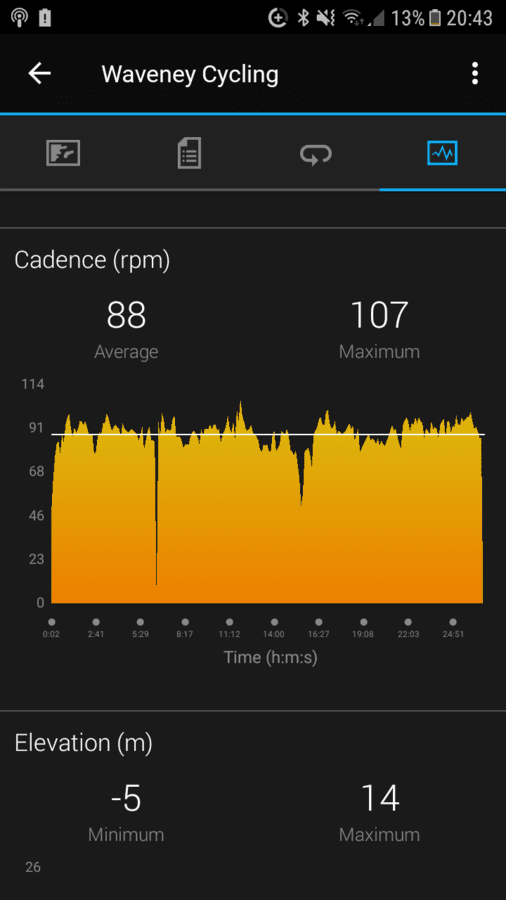 I was a hillingdon a few years back doing some training and a few other guys where there but only putting the power down on the hairpin bend . We got chatting and it turned out the slower rider was beating the faster one by about 15-20 seconds on that course but not on other courses . Pedaling around the bend gained about 2 - 3 seconds and you go around it 11 times .

So don't they race on courses with roundabouts now?

Actually the only time I nearly fell off was at a roundabout - on a wet road in the race I'm doing in my avatar! I'm actually negotiating one in the pic but its a pretty big one so wasn't difficult. The other two were smaller.

The course was a straight out and back with a nasty turn into a lane at the start & finish and three roundabouts. Go over the first two and turn at the third one. I came to the last one on the way back and half way round it my back wheel slipped sideways but luckily my front wheel then did the same, so I was able to recover. Then I looked behind me and there was a car about 10 metres away! My legs went to jelly just at the point where I should have been putting maximum effort in! Another club member did actually fall at the turn roundabout.

Needless to say I was nowhere near a PB that day

(That was on the E4 course for anyone old enough to remember it. The F4 course had four roundabouts, including London Colney, which we had to negotiate at least 3 times)

Sharky said:
I was on a 95" fixed (50x14) and at 44mph, that is about 158 revs per minute. It was well above my comfort zone and only lasts for about 15 seconds before it begins to flatten out, But was scary.
Click to expand...

My hat goes off to you sir!

Kempstonian said:
95"??? Blimey, how did you push that one round for 25 miles? I know I couldn't have done. I rode 84" and that was tough enough at times.

My hat goes off to you sir!
Click to expand...

A lot of people say to me how can you ride that, but in practice, it's not as hard as you imagine. I find on a flat TT course and even those with the odd incline, I just find a rhythm and keep peddling. I've experimented with various ranges from 84" to 103" and for me 95" just seems to be the right ratio to cope with the odd incline and the rapid return when the wind is behind me. At my age (68), I find the lower cadence suits me, especially after featuring my pelvis 18 mths ago!

Also worth comparing with geared riders. They can be on a 50x11 or higher, which is a fair bit higher. So probably on parts of the course I am over geared and others probably under geared. A couple of seasons ago, I was riding two bikes. One fixed and one geared. By the end of the season, the difference was only 20secs.

I've done well over 300 club TT and on several different courses and depending on the terrain of the course would switch out rear cassettes to make sure I had the proper gearing, no coasting.

Our local course has a slight downhill after the start and I needed 48 x 14 to get power down in that bit. It's surprisingly easy to trickle around on a 90" gear, even over steep bridge approaches. Who needs gears?
R

This is off topic but Zak was my uncle, I just want to say that it’s wonderful to see people still keeping his legacy alive. Thank you

ReubenHenly said:
This is off topic but Zak was my uncle, I just want to say that it’s wonderful to see people still keeping his legacy alive. Thank you