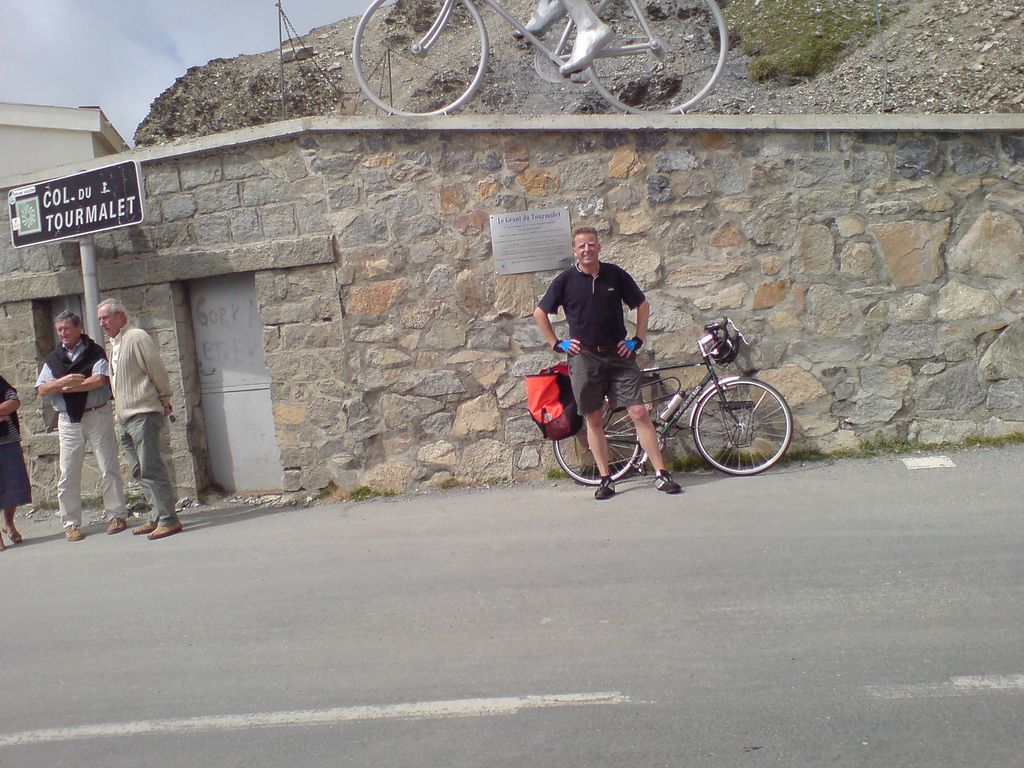 The huge sweat stain down the front of the shorts is a nice touch, I feel.

Nice...the bike I mean..not the stain

..Hey you have the same panniers as me..overlanders right?..oh and we have the same bike too..great minds and all that...but I bet you have more miles on yours though by the location of that shot.
OP
S

Overlanders, right. Didn't use a bar bag but saw an interesting rigid plastic one in On Your Bike yesterday. I love that bike, it ran like a dream. The bar end shifters got some getting used to ( I commute on a Trek 4300) but after a while it became a piece of piss, the wheels just swallowed the miles like a champion pie eater in a bakers' in a bad analogy kind of way. You can't really see but I tilted the bars ever so slightly so i could rest my hands on the brake hoods on the descent.


Not a good idea.


I lost nearly all feeling in my hands, they went really numb, and doing 40mph downhill on gravel with numb hands means your knee and elbow skin would last about as long as a truck load of rats in a tampon factory.

Next year- Bratislava to Krakow.
You must log in or register to reply here.
Similar threads