Gordon P said:
Excellent use of waiting time on Blackfriars Bridge: love your picture of the station and Shard
Click to expand...

Actually taken when going to the South Bank from Kings Cross with Claire.

It was a great ride, and my first proper Fridays one for two years. Others have admirably described the night, so I will just leave a few pictures here. 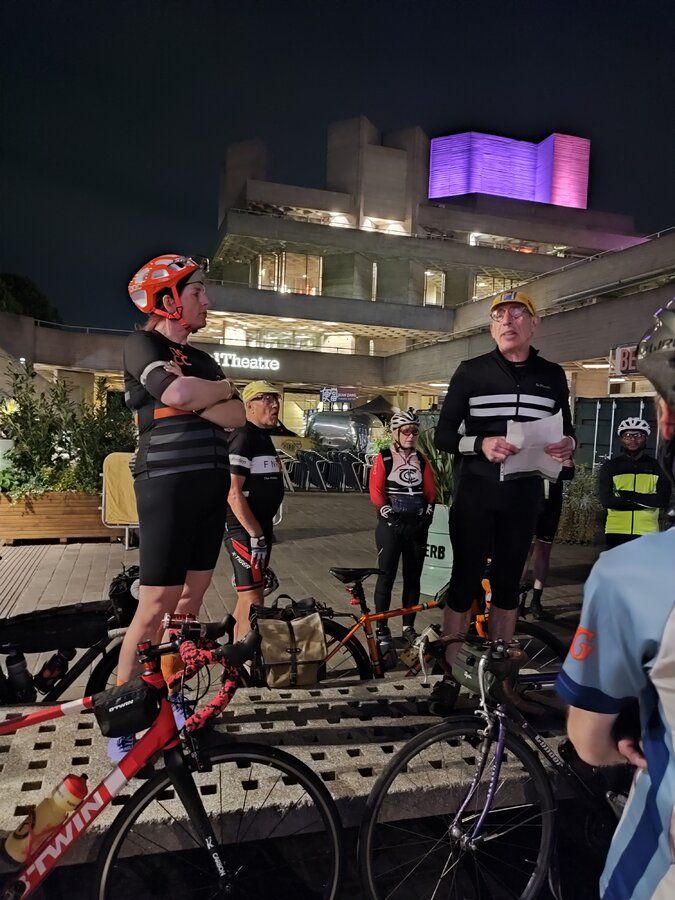 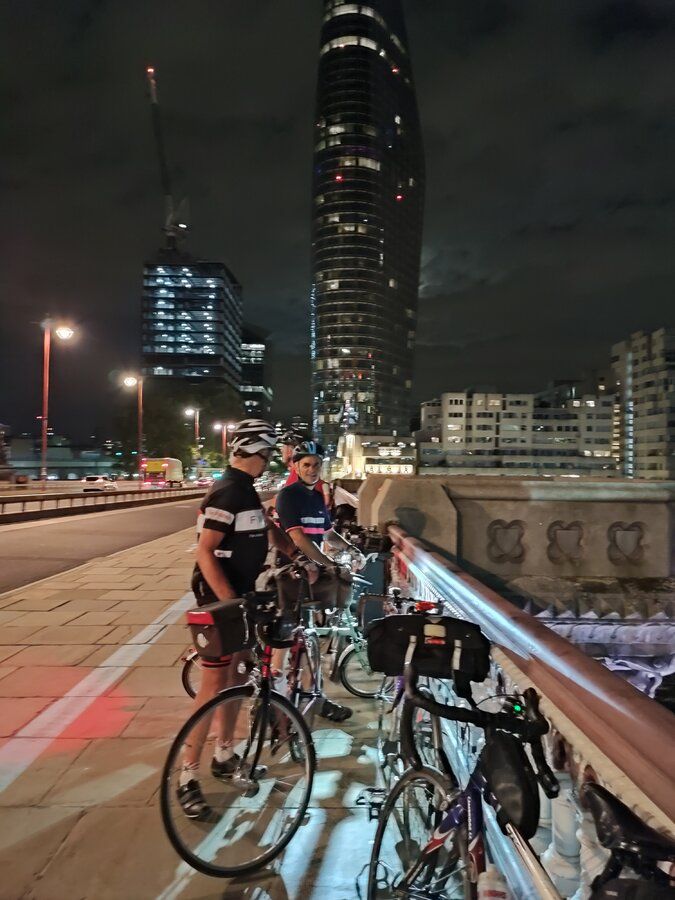 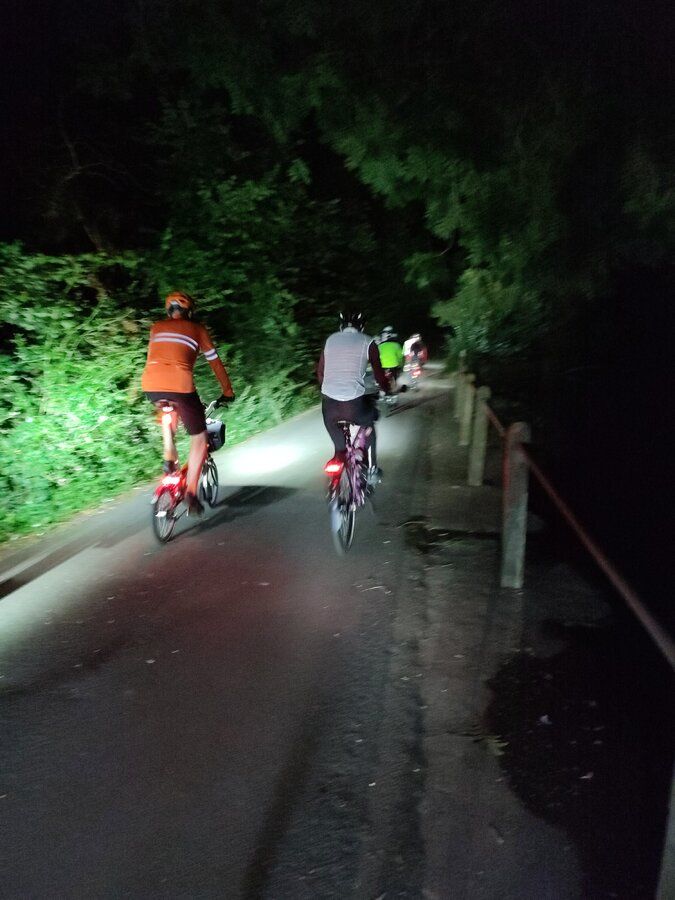 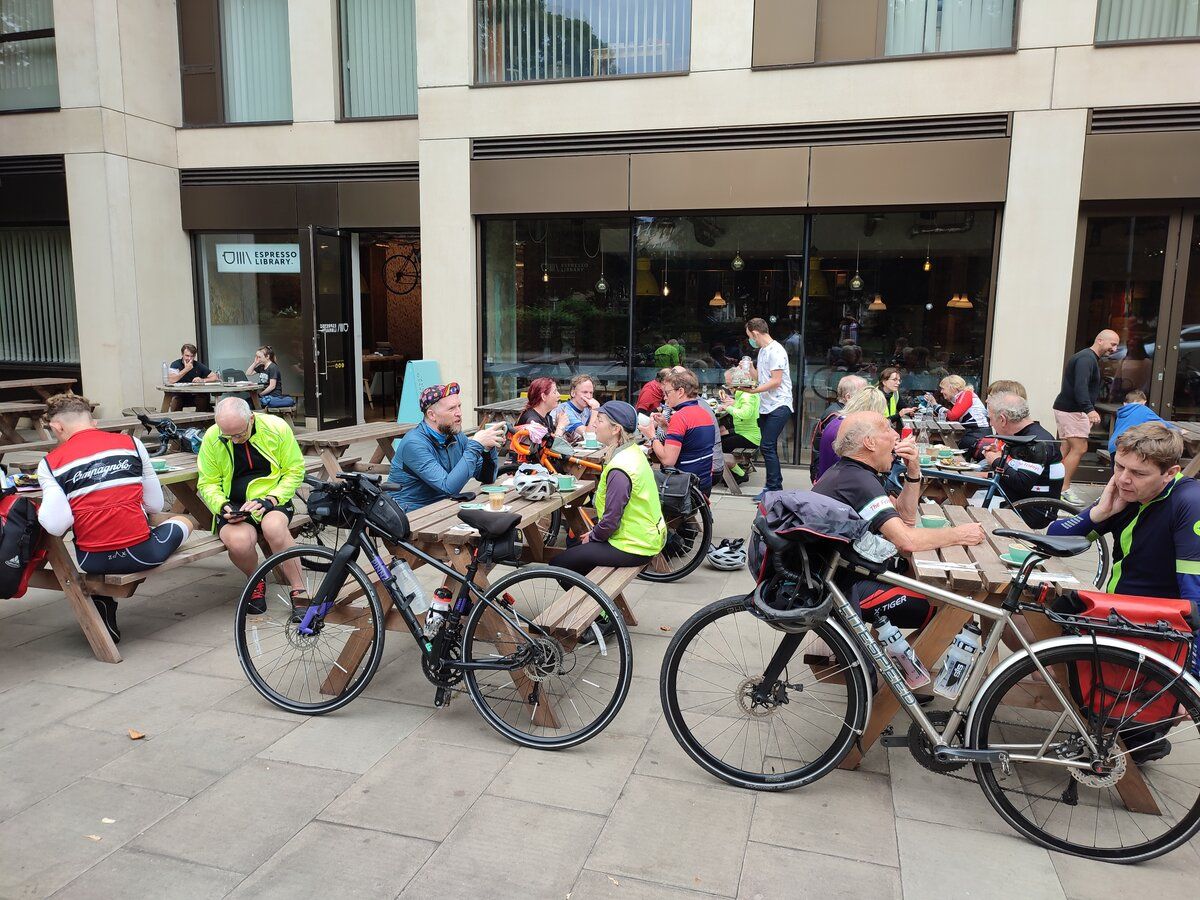 There's no Calvados? I'll have a beer or a whisky

Domus said:
I can't keep up with London gentrification, Is Shoreditch the new Islington?
Click to expand...

Outlaw Hobbs said:
My thanks to all the hard-working Fridays team who make these events happen. Its easy to forget how much preparation has gone in. Special credit to Claire who had to step up as sole ride leader for much of the ride and did a great job plus managing to maintain a sense of humour throughout.


Strava reveals that our intrepid ride leader went on to ride back to the Fenlands recording a massive 135 miles that’s outstanding.

We’ll be back. But remember the ride's not over until the washing ups done.

@Outlaw Hobbs thank you for your kind words, they are much appreciated! Credit also to James (wing), Ross and Anton at the back, Nick and also @Elybazza61 who was briefly commandeered as substitute TEC at one point.
The extended bonus edition to the actual coast was the brainchild of James after our post-FNRttC Cambridge - King's Lynn extensions to Ely/Cambridge.
He was brave enough to try my route to King's Lynn which included a fair number of off road sections, including the overgrown NCN30 at Southery.

What washing up, you mean bikes are meant to be cleaned?

Ride report will follow shortly. I've done the London-Cambridge bit, just got to do the Cambridge - King's Lynn next.

mjr said:
Well done all. That sounds like it ended up challenging to epic.

Yes, there's only one, outside the accessible toilet but it's unmarked on most of them and vestibule use is expected and tolerated.

The Thameslink trains have big bike symbols and I think 6 bike spaces in 12 coaches and more are often tolerated off peak. The new Liverpool Street trains later this year have 8 bike spaces in 10, tolerance tbc.
Click to expand...

Yep Thaneslink have cycle spaces in carriages 3 and 9.

Outlaw Hobbs said:
My thanks to all the hard-working Fridays team who make these events happen. Its easy to forget how much preparation has gone in. Special credit to Claire who had to step up as sole ride leader for much of the ride and did a great job plus managing to maintain a sense of humour throughout.

I hope that the rider who was unfortunate enough to come a cropper has not come to any serious harm. Riding at an angle up a kerb of a deceptive appearance in poor light……. we’ve all done it so no need to feel bad. A few minutes after the group set off from the scene, another rider went down in a similar way after straying up a low kerb defining the edge of the cycleway apparently unhurt.

As we headed out along the long straight road through Epping at increased pace, I was interested to see how low the temperature would go and if my kit choice was going mean ‘boil-in-the bag’ or ‘ass freezing’. Commuter style shoes, bib shorts, thin base layer, club jersey, soft shell jacket and racing mitts with silk inners proved to be just right for the minimum temperature of 12 degrees C in a nice tailwind interspersed with regular stops to waymark or re-group.

Properly out in the sticks traffic free, and on largely smooth roads is the essence of these rides and the especially convivial atmosphere added to the enjoyment. Leaving the Birchanger stop in daylight the next phase of the ride was livened up by the sudden and inexplicable racket from my ‘Basque road rocket’s’ fancy electronic transmission but only in the big ring much to the amusement of my long time riding buddy on his ‘Eroica’ Geoffrey Butler iron steed. Fate then stepped in and visited the p fairy on his front wheel. Both minor problems were sorted out in a similar timeframe and we carried on merrily; stopping every now and again to retrieve the Eroica’s frame mounted pump as it regularly made a bid for freedom.

The brief stop at a petrol station just outside Cambridge to re-group found everyone in high spirits like horses catching scent of the stables and we time-trialled it the last few miles to the DNA trail. Several of the Fridays stalwarts packing massively heavy panniers showed what they were made of by having no problems keeping up with those of us with no such impediments.

The Espresso Library lived up to expectations of up market trendiness and expense but I think we all enjoyed breakfast.

Having reluctantly canned plans to ride back owing to dire predictions of biblical rain we made our way near to the station and celebrated the lesser achievement of a one-way trip with some fine ales. The temptation for a repeat performance at the John Betjeman in St Pancras was overwhelming. Mr Eroica headed off to Marylebone to catch his train back to Oxford whilst I hit the Thameslink platform two minutes before the next fast train arrived to whisk me back to Hertfordshire with only a five-minute ride in light rain to contend with. Mr Eroica was less fortunate almost drowning after leaving the station.

Strava reveals that our intrepid ride leader went on to ride back to the Fenlands recording a massive 135 miles that’s outstanding.

We’ll be back. But remember the ride's not over until the washing ups done.

Still not cleaned mine