Hi all
I've dipped on and off of these boards as I've attempted a couple of cycle restorations/repurposing in the past - with varying degrees of success. One an old Sun Solo gents bike and another a Raleigh 1980 Reynolds 531 frame. In both cases I used a company in Hackney to get the frames powder coated. The company have since doubled their prices and having found a new project I'd like to try and get the frames' creator/colleagues (David March who used to be build Carlton frames) to restore the frame. The problem being that the shop is in Maltby South Yorks and I'm in Sussex.

Can anyone recommend a good service for sending frames by post or courier/offer any tips on the best way to package it? I don't have loads of cash, but I'd like to try and do it the right way.

If you can’t find a powder coated locally go to a bike shop and ask them for a bike box and adapt that, perhaps adding some ply reinforcement. Someone else I’m sure can recommend a good courier.

Paisley Freight get a lot of commendations: https://www.paisleyfreight.com/bike-courier
M

Thanks for the recommendations that's great, I'll be sure to take a look.

I've struggled to find a powder coating company local to me (Horsham) that has experience of doing bikes. I also think the place I'm hoping to send it to uses a different method of painting frames (the process escapes me now). Which from previous posts I think are thought to be more durable. Though I could easily be mis-remembering previous conversations.

There are powder coatears around London , About £75 seems to be the average ,

I've hacked boxes about to just fit a frame for Hermes. Irritatingly, their max size limit is around the size of a bike frame so only small-medium frames will go, not large ones. You MUST chock the dropouts and fork ends to prevent crushing/misalignment when sending any bike frame or fork.

rogerzilla said:
I've hacked boxes about to just fit a frame for Hermes. Irritatingly, their max size limit is around the size of a bike frame so only small-medium frames will go, not large ones. You MUST chock the dropouts and fork ends to prevent crushing/misalignment when sending any bike frame or fork.
Click to expand...

Then use paisley freight

Hermes has the advantage of easy drop-off if you work full-time, and is far cheaper. They do spot check sizes though, so you have to be careful. I got surcharged for returning a fake Hobbs frame to an eBay seller in the same box it arrived in. He refused to provide a postage label, which would have made it his problem, and I never got the money back from him.

Parcelforce will take bigger boxes, I've just sent some wheels. Booked via ParcelMonkey (rather cheaper than PF direct, ~£15 for £175 cover), they collected it at 8am (booked around 6 last night). You don't need a printer for the labels either

@GoodLifeSpud just ensure that you pack the frame well .

I have used senditnow.com and Paisley freight never had any issues with either of them .
M

Hi, I live in Horsham and a quick Google brought up a couple of local powder coaters 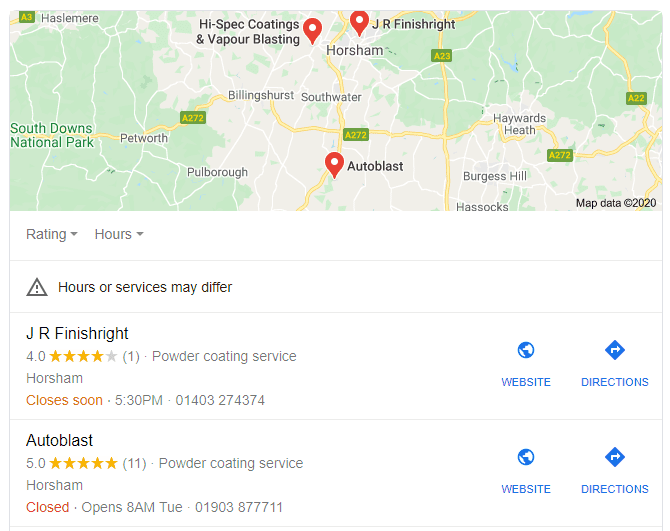 I've used senditnow.com with no problems. They're cheap - a £12.50 option (up to 1.5m length and 3m length and girth combined). It gets expensive if you use a large bike box.

Cheers all. I'll take my time and work through the recommendations

The 22 inch frame was made by the Universal Cycle Centre (UCC), and Dave Marsh who owns the shop. I have a (stupid) romantic idea in my head that it would be good to return the frame to where it was made to try and save it. I got it for next to nothing and it's pretty rusty/beyond my skills. It's a Reynolds 531, and the lug work is really nice (or at least I think it is). It had some fairly nice bits on it (Cinelli bars and stem, compag brakes, offmega chainset) so at one stage I think someone was using it to good effect.

@rogerzilla you mention chocking. Is that putting something rigid between the dropouts at the rear? Any suggestions on how to do that securely gratefully received.

@MyNameIsEarl Thanks. Last time I looked for powder coaters around Horsham I ended up with loads of mixed reviews. Will take another look though.

@midlife - The price I was given was around £180, which is the same as what I was getting quoted for powder coating at Armourtex in Hackney. So I thought it might be worth a go. I know I can probably get it powder coated cheaper elsewhere.

I have sent UCC through some photos and they reckon they restore it.