I ordered a new KMC X10 - 93 chain (£13) and it arrived today. The box it came in simply has 'X10' on it. The chain is also black and silver on every other link.. I first thought that they had sent me the wrong, and cheaper X10 - 73 chain due to the price and looks. I thought I'd been scammed. After a bit of research I found that KMC have recently updated their products:

This confused me as the pictures for said chain on the webiste I purchased it from showed the old silver chain and not a dual coloured chain.

Just wanted to let people know just in case they had the same initial thoughts as myself.

Good informative post. I don't like it when the web picture is not the actual item ( or the reviews are obviously about a different chain altogether). I confess most of my chains look the same colour after a while.........

Not so sure the old X93 chains were all silver. My stock supply has an 11spd X93 in black & silver while all the grey chains are just that, grey. 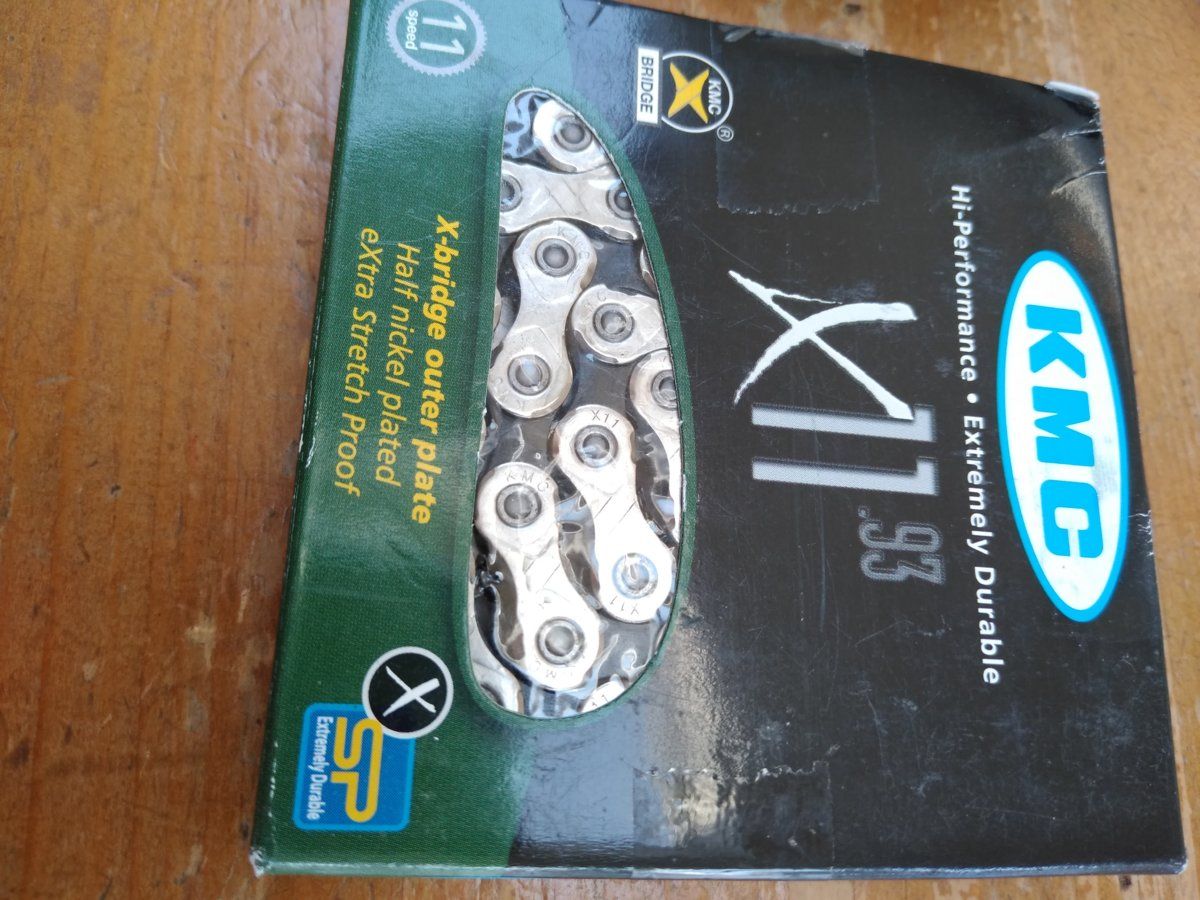 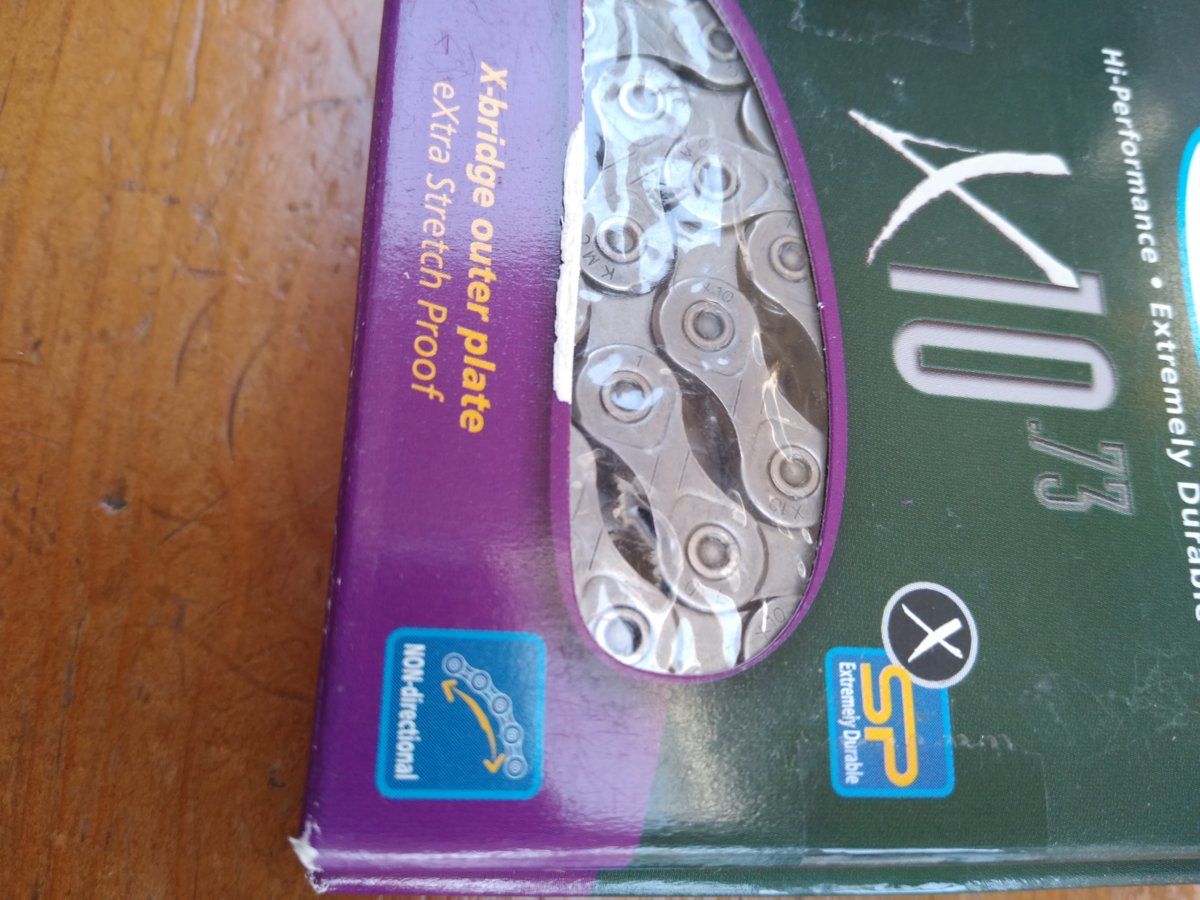 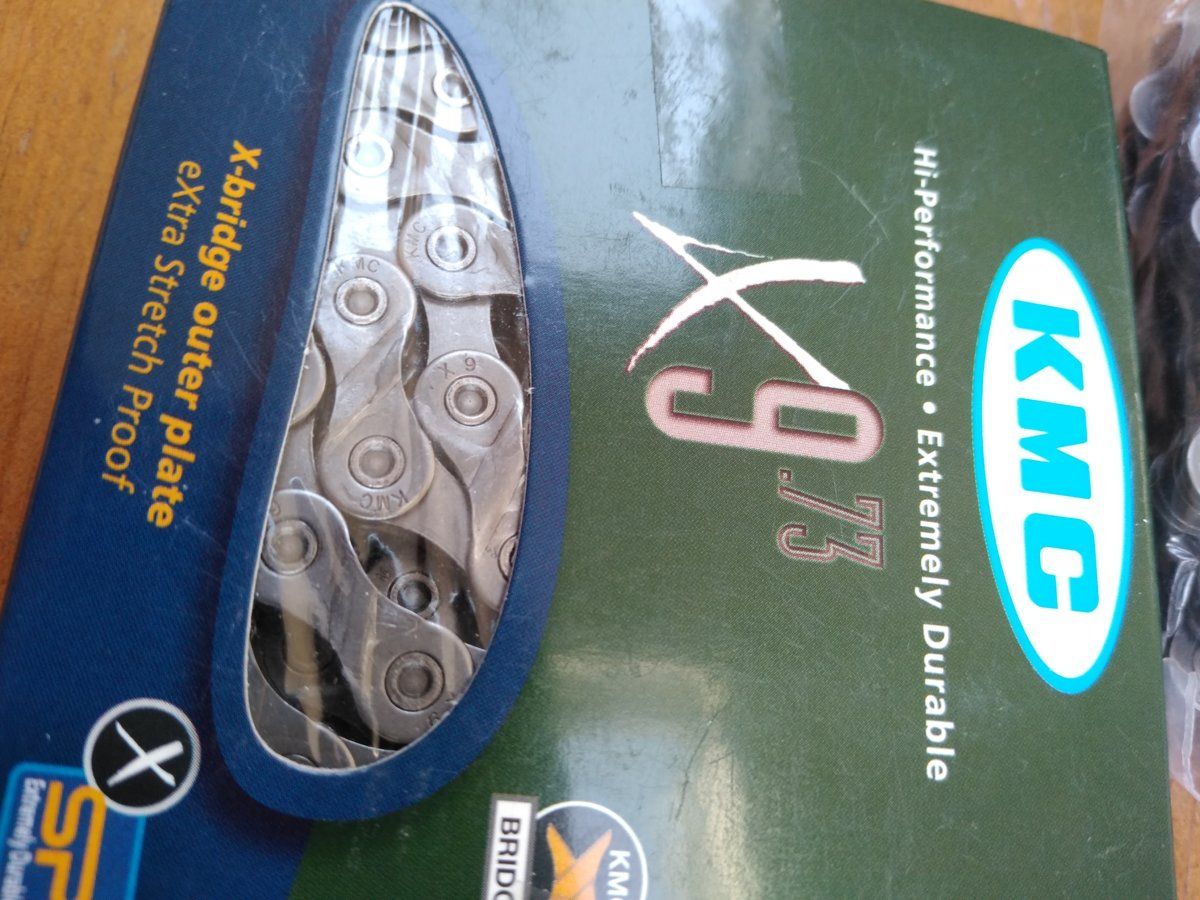 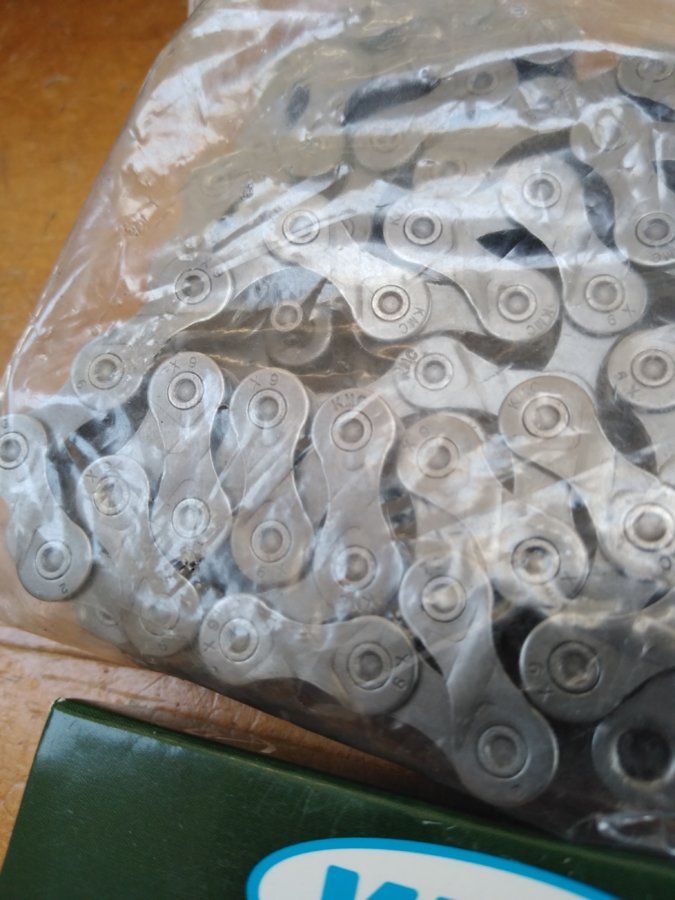 This topic did come up recently HERE.
OP

I think the older X10 - 93 were all silver, but as I stated in my OP, "The old version of this chain, I believe, had an all silver finish." I'm either right, wrong or completely mistaken

HAd I known someone else had posted similar, I wouldn't have bothered. I guess it's all welcomed knoweldge though.

The newer X10-93/Silver/Black is actually very similar, if not the same as what used to be called the 'Vivid' range of KMC chains which had blue, green, red, black with silver contrasting links.

Pics below. As you can see, there is no real designation on the box as to what the chain actually is, unlike the old versions that I Like Skol kindly posted.

Last edited: 4 Apr 2019
You must log in or register to reply here.
Similar threads