A some of you know i have had a 200 mile planned, Well the day dawned and 24 of us met up at Enfield Chase train station. 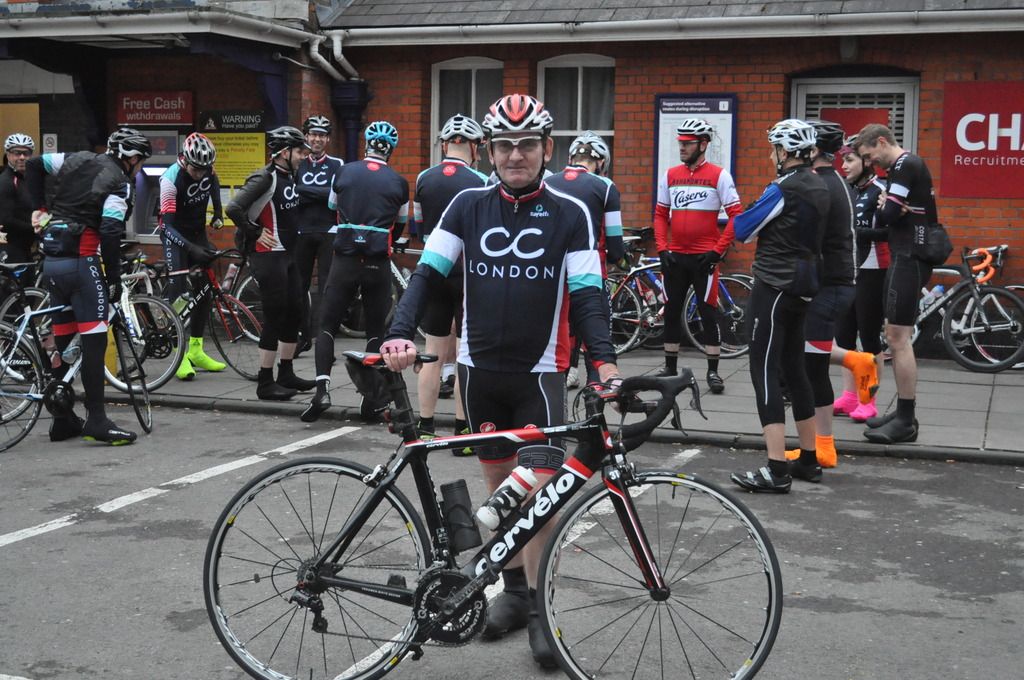 Weather was looking good for the first part with a nice tail wind blowing us out, there was some rain forcast later in the day but that never arrived i am pleased to say. Had our first stop after 60 odd miles. 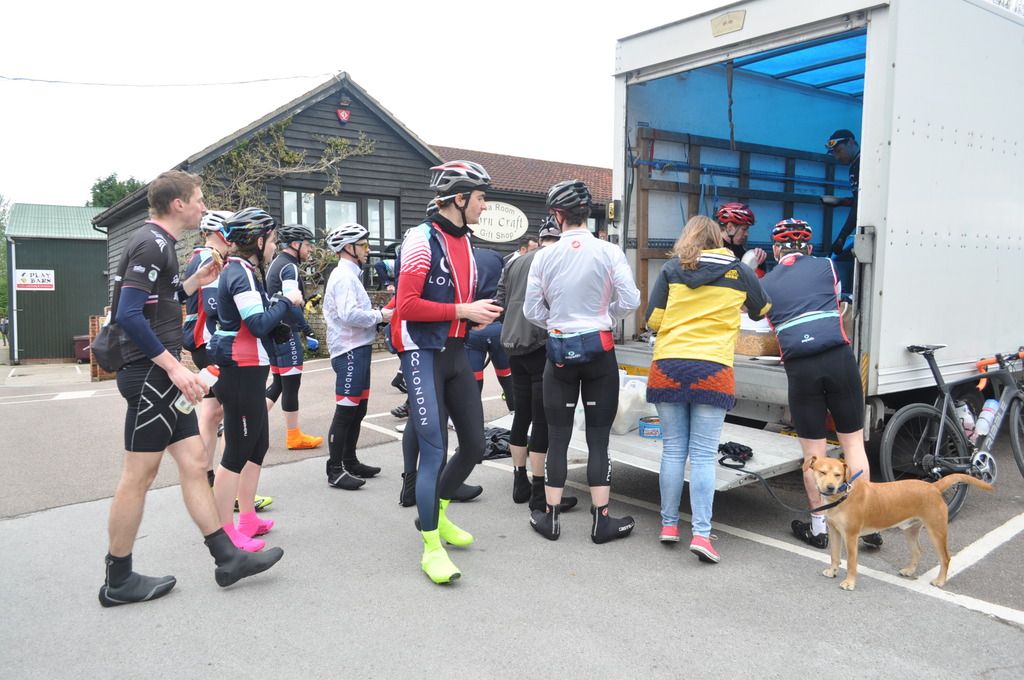 We had a support van with us with plenty to eat and drink,after a 15 minute brake we set of again, Oulton broad here we come, This leg of the ride also had the wind in our favour, we where making good time, arrived at a pub before the support van so it was coke all round, the van arrived 15 mins later, another little break then of again,
Next stop Cromer, this was the hard leg, we had a really strong headwind for this section, that made for a really punishing ride, i was starting to wonder how i got involved with this ride. we arrived in Cromer an hour late and i really felt like throwing in the towel. But after a few sausage rolls and a large piece of gala pie washed down with a cup of coffee, I was feeling a bit stronger. So off we go again the last leg. 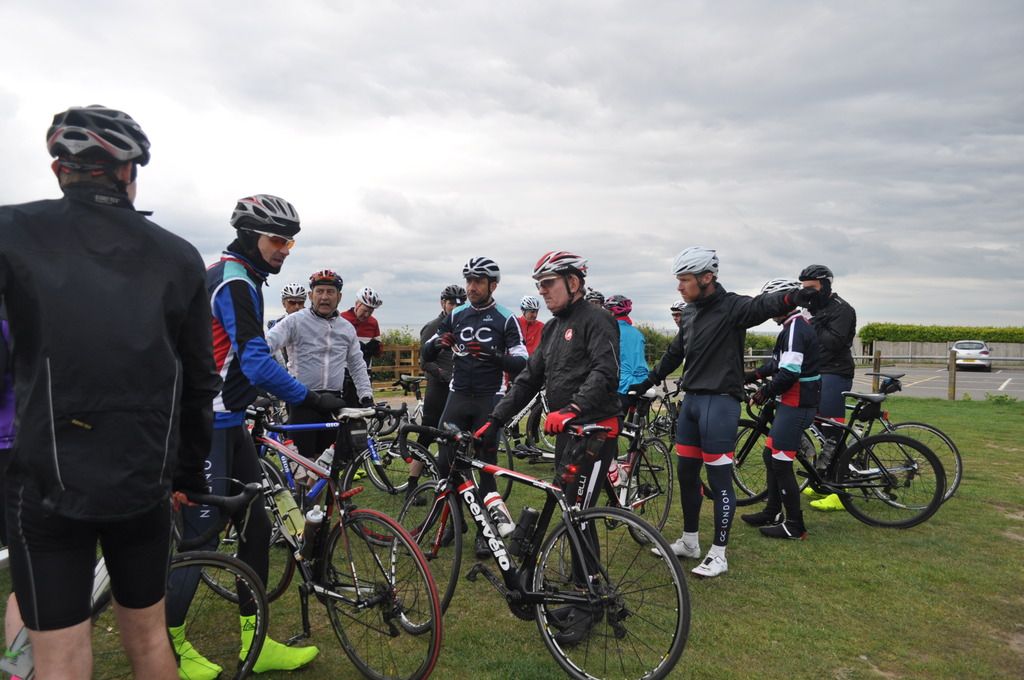 This actually seemed like the easiest part of the ride, we had a good tailwind blowing us towards Kings Lynn, we made good time, knowing that the support van was never far behind made me feel good, although nobody needed it. It felt so good when we arrived at Kings Lynn station, 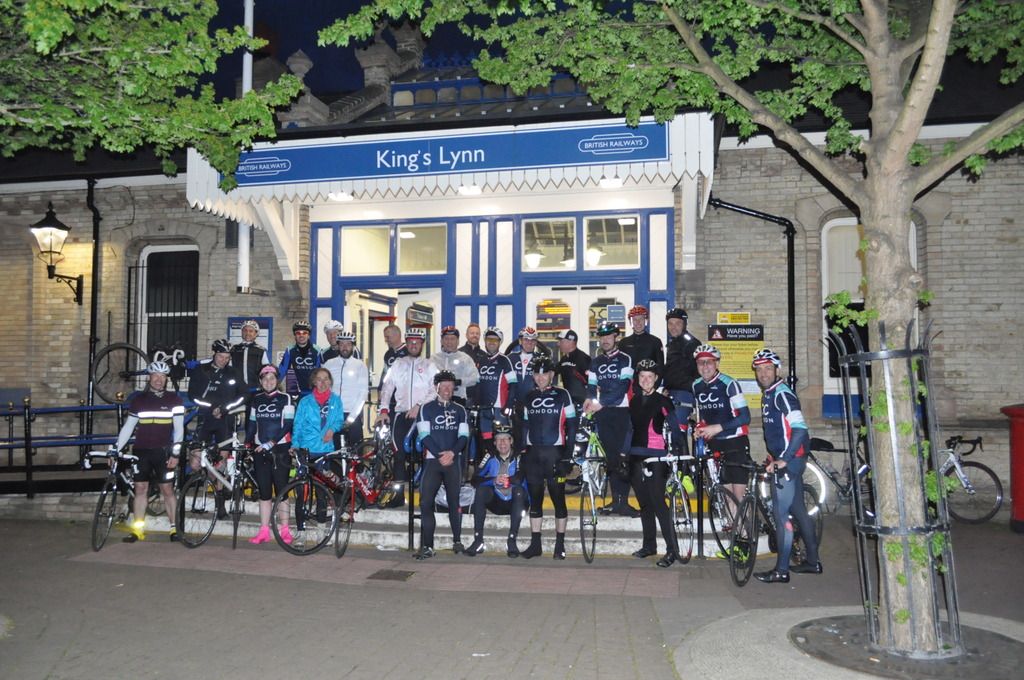 . We did not have to wait long for the train home, had enough time to find a shop and bought a few bottles of wine and some plastic cups, Then sit down on the train and relax, there was a lot of banter going on, Everybody on such a high, was a great feeling to have finished this ride, It was truly epic.Total mileage was 214, the garmin battery was just about to die when i hit 200 miles so i saved the ride, restarted the garmin and it did have enough in it to finish the ride, Was a magical day with a lot of high's and a few dark points. would i do it again, Oh yes. I belong to the best cycle club ever, A great bunch of guy's and girls, not forgetting the support from my other half Cheryl and Mark who kept us fed and watered throughout the day.
https://www.strava.com/activities/301362611

Well done. That bit around Cromer is just horrible, even with fresh legs IMO.
OP

By the way, I think we have briefly met (well said hello) - Easter Monday on Cuffley Hill. I think you were with your wife and a friend and stopped at the memorial just round from the Plough pub. I cycled by on my Rockymountain MTB.
Click to expand...

Yes we are around that way a lot, You will have to stop next time and have a chat, Or give me a shout. I will look out for you

Location
lying in the gutter but gazing at the stars..