First, some days ago I replaced the brake pads with new ones named "Saccon set brake pads Magura".
The brake handles have screws at their base, that are used to bring the pads closer in order to compensate for wear.
But I had to leave them at their end of range, in order to have some braking force from the new pads.
Alike these new pads would be less thick/protruding than the previous were when new. Possible?

Second question, one of the front brake pads replacements failed, the other sides bolt losened and I could see some red loctite, but the quickrelease side was like jammed, despite handle down the upper side, normally detachable without unscrewing just didnt move. There was Torx bolt that has a pen at its end that just slips into the mounts hole and I thought to wiggle it out along the Torx head but the bolt broke earlier, in the middle. I had to hammerpunch the pen back from the other side (which I should have tried before trying the screw).

So I now need a new arm for the quickrelease side of the front brake, but it's like hard to find as a separate part. Any directions to a seller? 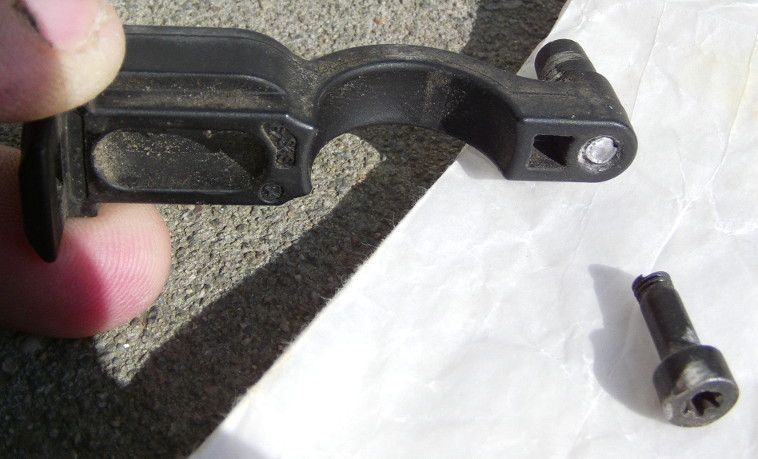 For the record, the reason that the bolt (a metric M5 with a Torx T25 head) broke is that it is a steel bolt that was screwed in a hole without thread in the aluminium part, thus the bolt tapped the thread on the way.
But metric thread is alot finer than wood etc screw thread, combine that with no tolerance (selftapping) at all and it's a one way, bolt in never get out again.
I found replacement and I pretapped the hole, to not have a repeat.
Rather awkward choice of Magura, some cost cutting what else?
You must log in or register to reply here.
Similar threads