Miles on my cheesy carrera

Hello all, i'm new here.
I have been cycling for several years but recently bought this Carrera Hellcat MTB brand new in March 2019.

I'm just wondering, what should I expect the lifespan of my bike to be?
I've been regularly servicing it myself and taking good care of it since purchase.
I have also installed a speedometer/odometer since purchase which currently reads around 1450 miles. Which is nothing for a bike especially over a year and a half.
I know that I can get plenty more miles out of my bike but just genuinely curious as to how much. Of course, I will continue to maintain it, essentially the bike can live forever just as long as everything is taken care of and parts are replaced as necessary (except the frame, when that goes the bike is going too).
Just curious as to what others think

I've heard stories of people with bikes still running on well over 25k miles up to 50k with good maintenance.
For context: despite being an MTB it is primarily used on road now with the addition to odd trails. I live in Britain so it's very rainy and mucky. Average anywhere between 80-160 miles per month.

Certain items will wear out over time and require replacement, such as tyre, tubes, chain, cables, even grips and seat. Fundamentally though, it's not a cutting edge bike but it is a solid, workmanlike, and fairly well constructed machine - with proper care and attention there's no reason why it won't give 2 or 3 decades and tens of thousands of miles of faithful service. I still regularly ride a 17 year old Carrera that i'd estimate has 20+ thousand miles under it's belt.

I recently did up a bike built in 1956. There is no reason why that bike should not still be in use in 2056. Shame I'm unlikely to be around to see it.

There comes a point where an owner decides the cost of repair, usually after a lack of routine maintenance, isn't worth it and they would rather spend lots more on a shiny new bike. That's fine if the old bike goes to a recycling project and continues to be used, but not so fine if it ends up in the canal or skip.

In other words the life of your bike largely depends on you.

There are a lot on the forum happily riding 30 + year old bikes myself included. They maybe a " Triggers broom" I've only replaced the wheels twice and frame once. With your maintenance regime it will be with you for years.

The life span of a car is 13.9 years and a car covers a lot more miles than a bike and is also made of many more components than a bike so I wouldn't worry. If you look after it, it should last you a life time and to be honest, it doesn't need a lot of looking after compared to a car, so enjoy your rides and keep cleaning it regularly.

Carrera frames are rugged if a bit agricultural on the welding (which is not necessarily a bad thing by the way, just an observation). With normal riding (i.e. not crashing it into walls etc) it should be good for decades. Parts will wear out of course, eventually, and how soon depends on the mileage and to some extent the conditions... oh and maintenance.

What's probably far more likely than you outliving your Carrera bike, is that at some point you'll see another bike that you really love and you'll upgrade. Maybe not next year, maybe not in 3 years, but sometime.
Then you'll either (a) keep the Carrera as a spare / pub / occasional bike, or (b) sell it. Probably the former as the resale on Carreras aren't huge, or not normally anyway, and who doesn't want more than 1 bike. (There's many a member here who has 3, 5, 7, sometimes more bikes).

You look after it and it could outlast you
J

I had a Carrera Subway a fair while ago that I used constantly and brutally. It went every where bridleways, byways forest, cobbles, you name it. I then passed it on to a mate who used it for years and did no maintenance on it, he passed it on to another mate this year and it is being used daily and to my knowledge still doesn't get so much as a wipe down, last week he had to buy a saddle clamp.

Here my street bike, I think somewhere around 2012/2014.
I rescued this from a mate who told me to take it to the tip after telling him he needed to spend some money on it.
He only paid 60 notes for it, 2 years ago, rode it to work & back 6 days a week & did nothing to it at all, apart from repair punctures!
Rather than take it to tip I kept it for the cost of a couple pints, literally.
Surprisingly the frame, forks, seat post, shifters/brake levers & wheels were good, everything else was binned, probably cost me around 200 notes
It's a cracking bike to ride now, I love it, the only problem is it feels really weird going back to riding a 26'er ... 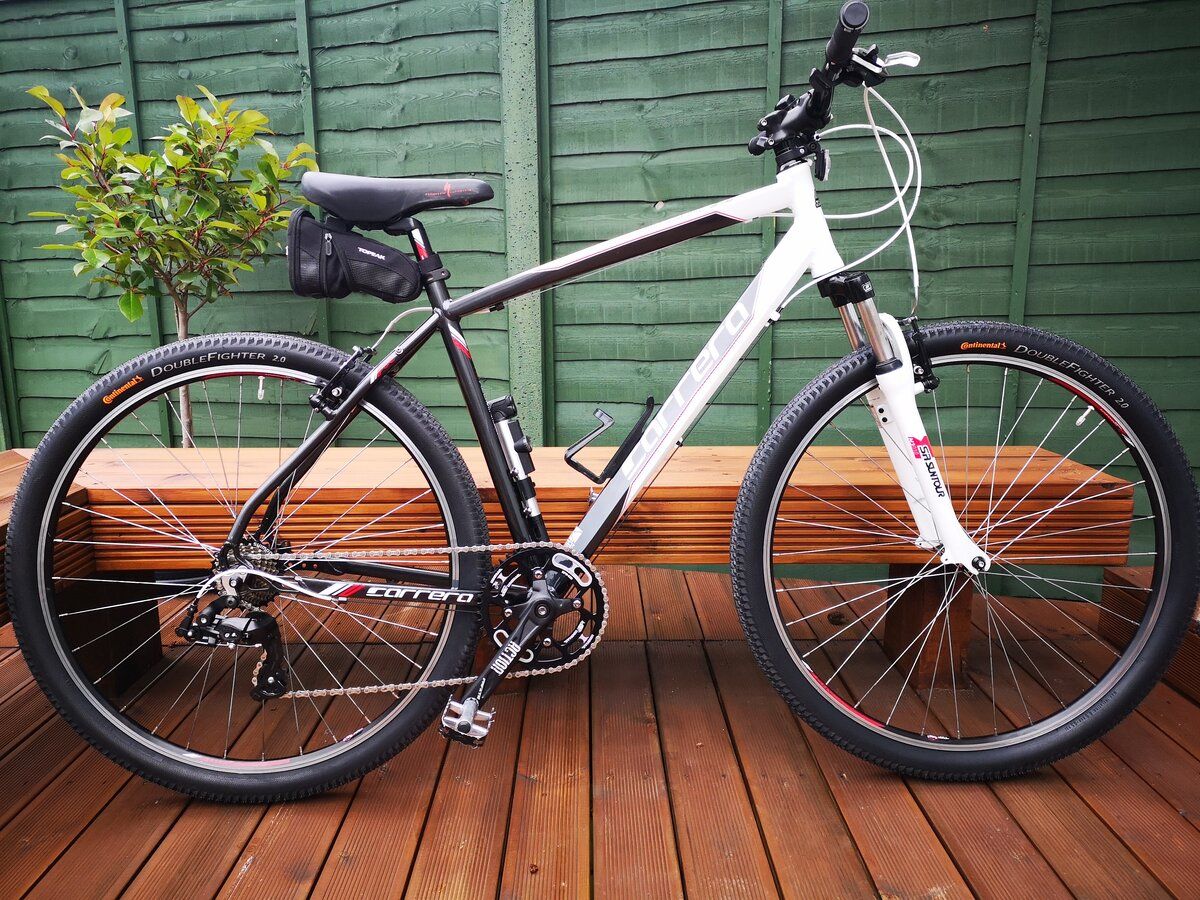 My brother had a Trek hybrid for many years which eventually gave up the ghost after about 65k miles IIRC... He used to ride somewhere in the region of 5k miles per year which puts the bike about 13 years old. I'm assuming it was a steel frame since it was corrosion that finally killed it. He is quite mechanically minded though, so it was well looked after. He still rides now, but reduced mileage at the age of 68. I think he is down to about 3k miles per year, but intends to increase that again once he retires next year!

Had a Carrera Fury for many years. Great bike. Sold it to a mate of mine who has used it for the past 5 years for commuting to work. I sometimes wish I should have kept It. But upgraded to a Specialized Carve 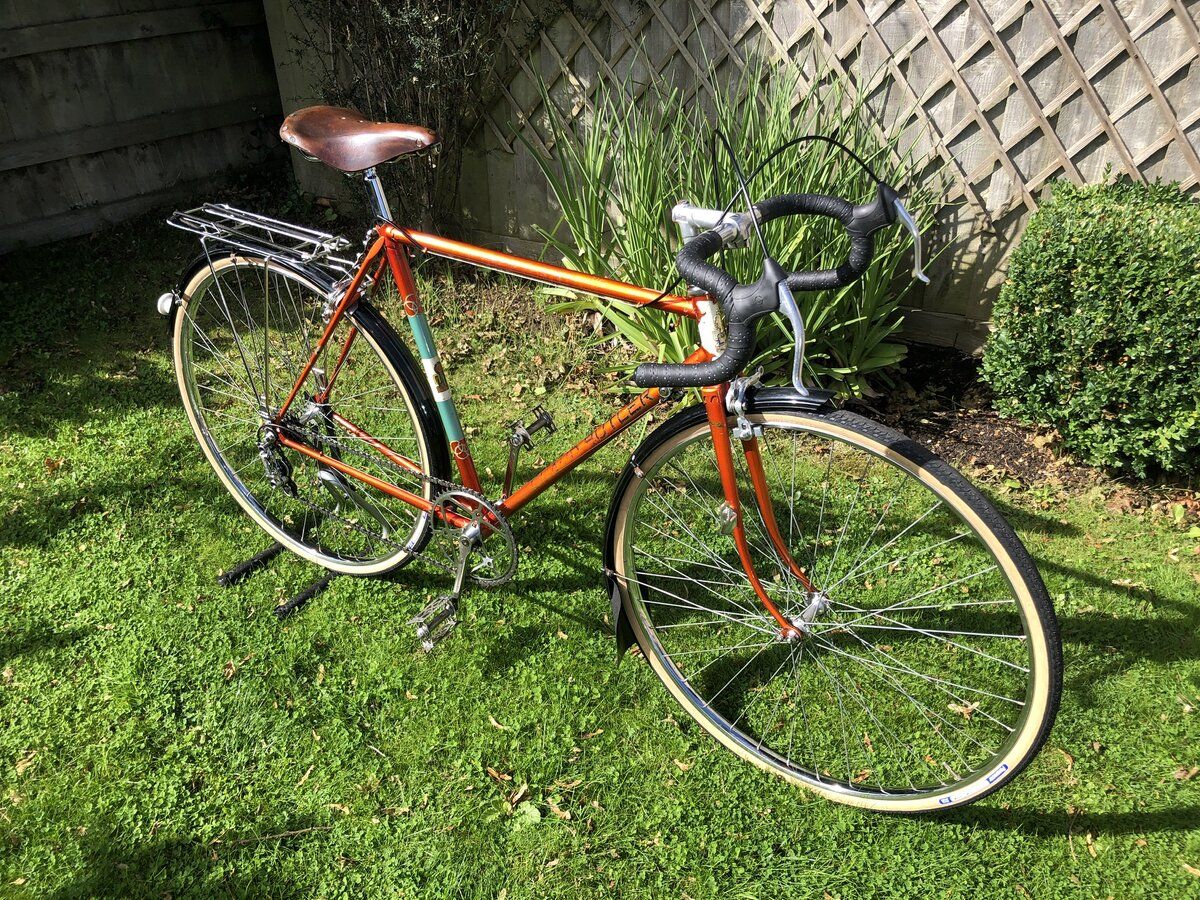 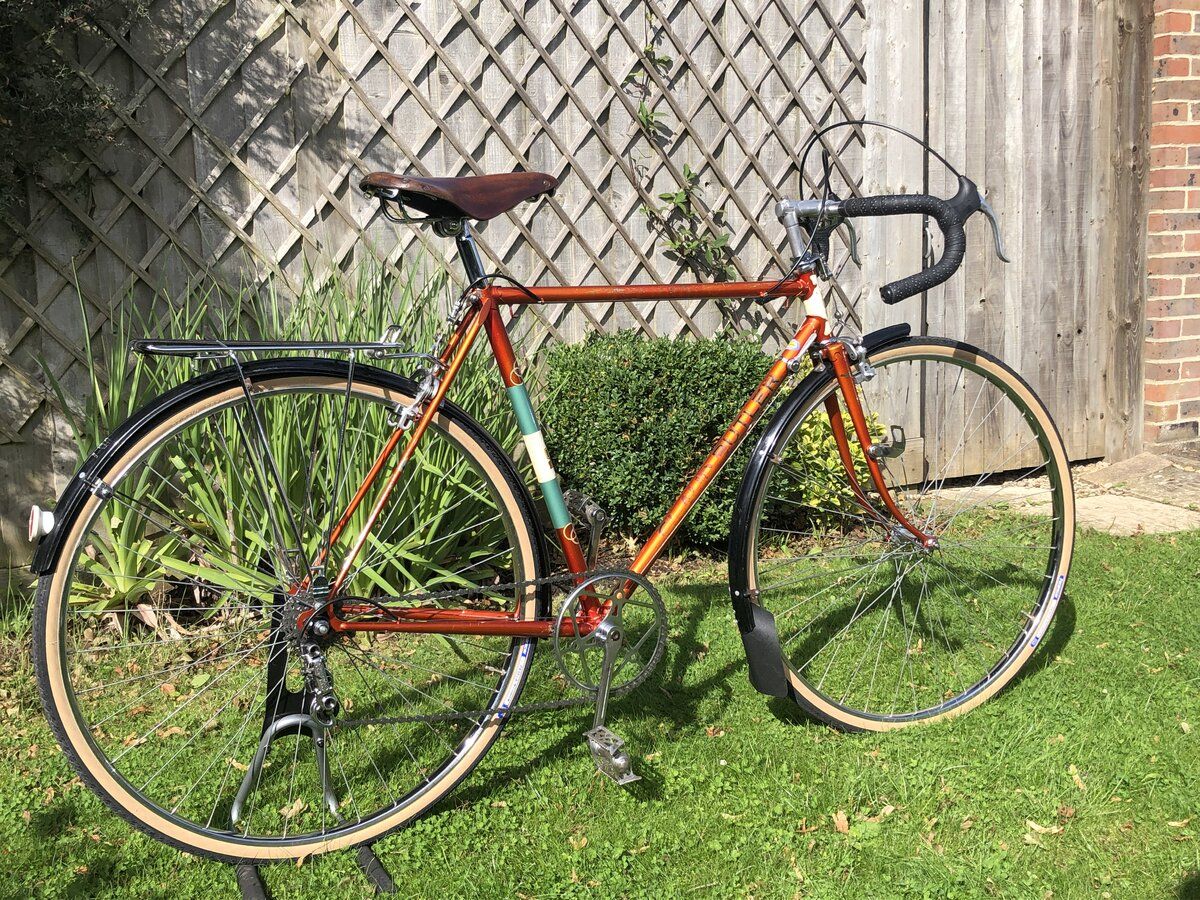 Love to hear everybody’s stories! Glad to know my lovely little Carrera has plenty more years out of it, essentially forever with the best of maintenance. I have grown attached to my bike and love to ride whether on or off road, looking forward to the many years of riding in the future.
You must log in or register to reply here.
Similar threads