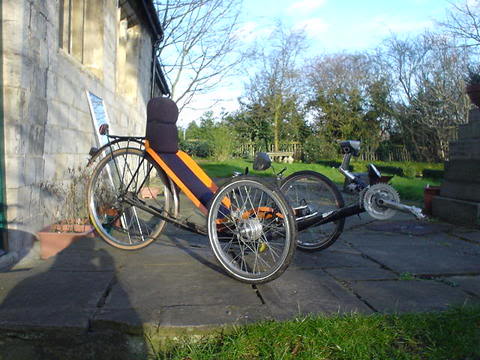 Bought second hand, rather modified for my particular wants and a bit of a veteran in the recumbent world.

Looks smart.
Is it a relaxing ride?

v.nice, how about some shots of you posing on it?
OP
OP

domtyler said:
v.nice, how about some shots of you posing on it?
Click to expand...

Oh. Are they pornographic then? Maybe you should only post them up to the secret area?
OP
OP 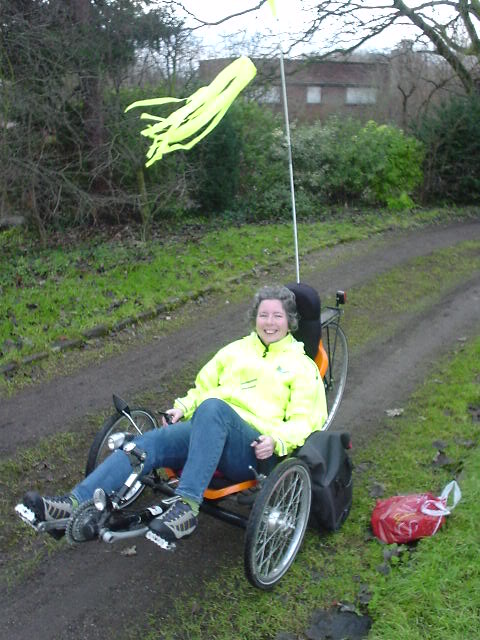 Anyway, none of the pornographic ones were on recumbents.

And yes. It is very comfortable. No saddle soreness, and an always-with-you easy chair to sit and eat your lunch in!

Looks fab. How do car drivers get past....same as a two wheeled cyclist?
I have still to see one of these in the flesh. I'd love to have a go in one.

Peter Ross's Trikes were superb, and yours is one of the earliest. Mine was 1994, and even through a few design changes I loved the Machine until I replaced it with a Catrike this year - simply because I wanted a stronger frame.
A

Nice piece of kit Arch, How much does it weight roughly? Do you find it quicker than a conventional bike?As mentioned before it certainly looks very comfy.If it's not rude to ask,what sort of money are we talking for that sort of machine?
OP
OP

Stevenb: How do drivers get past? They just over take, and generally with more room than they give a bike - it's the wow factor... In fact, if you think of a normal bike with two big panniers on and a broad shouldered rider, it's not so much wider... And having a metal wheel either side of you adds to the feeling of security.

Ash: Weight... no idea. Heavier than a bike, obviously, and heavier than the latest modern trikes - this one is over ten years old, and all steel, fibreglass seat etc. I can lift it, albeit awkwardly because of the shape. Riding, I don't find it harder to shift along than my winter hack bike for example.

Quicker? Well, hard to tell, because it's heavier than a bike, and uphill I do slow down a bit.. Well, a lot. But of course, on three wheels I can spin in a low gear as slow as I like, and not fall off. Downhill, much faster, because of the three wheels, I feel much more stable and just let it go. On the flat, there is less wind resistance, so I guess in windy weather, I go more faster than in calm (if you see what I mean). For me, it comes into it's own when touring or doing long rides, because of the comfort, and when speed is not so important. Frankly, I don't do speed much anyway! People who do take note of this sort of thing certainly generally find 'bents faster I think.

Money. I got that second hand, for £400 from a mate. A new Trice (the latest generation of mine) is £1600 I think. There are cheaper trikes out there - the TW Bent is cheaper, I'm sure, but I can't remember how much off hand. But the second hand market is fairly fluid, if you know where to look... For example sales and wants on www.velovision.co.uk or through dealers like DTek.

My friends with a house in France just sent me the plans for next years two week recumbent tour. Can't wait...