Just had an e-mail from Sports Pursuit with offers on the SeaSuckers car cycle carriers.

They appear to be an American thing. Anyone here have them or used them? Any thoughts?

On the road to nowhere

a LBS have these and they seem a good idea, Im just not sure I could trust them for the first couple of times
B

Non marking allegedly...not likely unless both parties are completely spotless and grit free. Leaving it on the car results the surrounding paint weathering at a different rate. It's not something I would consider tbh.
S

Let me know when you want the dents on the car fixed.

As a kid I used to have toys like the one below. You compress the spring and fix the figure to the base with the sucker. Then wait. After a while the sucker will inevitably let go and the figure will leap into the air to everyone's surprise.

I expect these work on a similar principle. 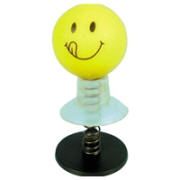 It's the first time I have heard of them. A universal carrier is attractive, but I am not sure with regards to marking the bodywork etc.
S

The amount of damage I see every day when people use the plastic door protector things is a lot, I dread to think what this could do. I use a sucker to hold my dent light on a panel sometime, I can see the panel flexing then and the light is very light.

I have certainly seen the damage done in the past by other tailgate racks when used on plastic tailgates, that is not pretty, sometimes even Jaws would not have done a better job.

Just seeing this now. I bought a Seasucker at the start of the year and have been using it over the last few months. We've a mk8 Civic and a Citroen c4 therefore none of the normal 'strap on the boot' type carriers work with either car because of the double rear window/spoilers on both. I'm also quite particular about the cars, detailing when I can and keeping my bodywork in good condition. Aesthetically I couldn't face a tow bar on either, plus it wasn't a cheap alternative and also if I sell one or both cars in the next year or two so I'd have to pay for another towbar. Roof rails are ugly, noisy and good ones ain't cheap either so... that led me to the Seasucker.

Sure, the first ride my heart was in my mouth. I had the rear view mirrors locked on the bike and kept to around 40mph, getting out and checking the suction every few miles. By the 3rd time of use I was driving normally, upwards of 60mph and loving the fact that when I stopped it literally takes 20 seconds to throw the rack in the boot. It's not for everyone but so far I've found it a fantastic product for what I want. It means I can bring our 2 bikes, the rather big Croozer trailer and all 4 of us in the car on our wee cycling trips. The kids think it's hilarious that the bikes are on the roof.

If anyone does go for one I'd recommend a bungee cord for the pedals so they don't spin and hit the roof and a bottle of Autoglym detailer and a microfibre to keep the surface clean before and after use. 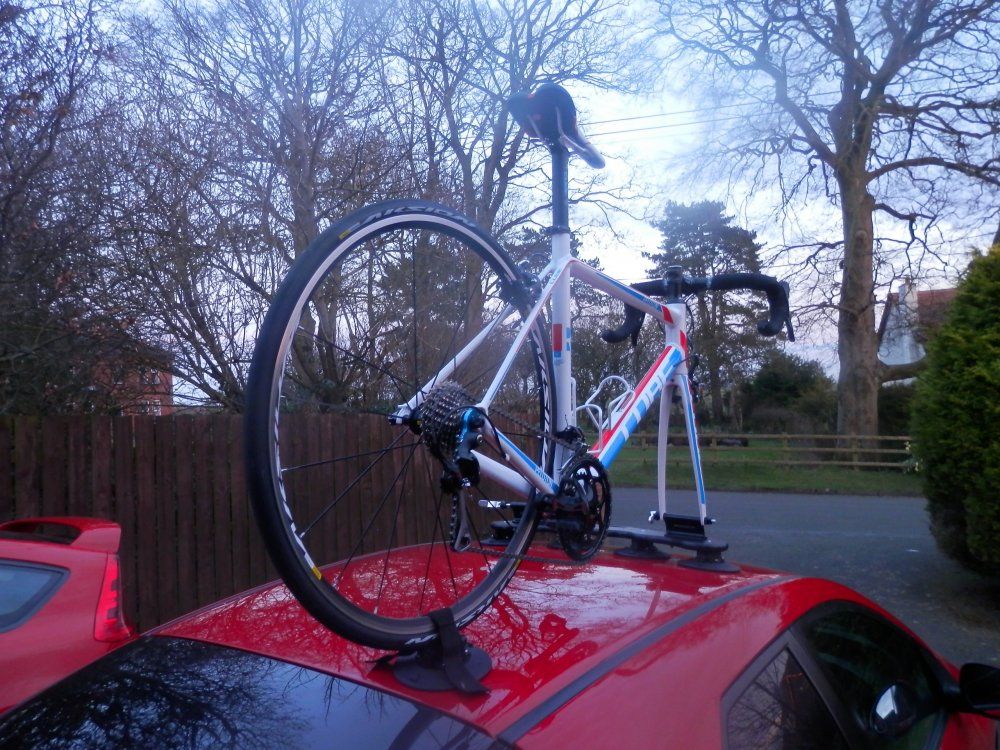 Last edited: 23 May 2016
You must log in or register to reply here.
Similar threads