The advantages of a Go Pro

Hi,
I've been using my Go Pro camera on my bike now for a few weeks. After slowly getting my head around of how to use it (I'm not very technically minded) it's been great to record rides through the countryside. The battery lasts around 1 3/4 hours so it records most of my rides except for the longer ones.
It also comes in very handy for evidence against idiotic drivers should it ever come to that.
Today was such a case out on my ride. A real close pass happened whilst out enjoying the sun. It was a van and it came to close to comfort in my eyes. When i got home i replayed the footage and got a clear view of the reg and the company's phone number on the back if the van. Taking information like this in the heat of the moment would of been virtually impossible but the little Go Pro had got it all.
Once home i gave the small company a call and told them all about it and that I'm considering sending the footage to the police as it was unacceptable driving.
As soon as i mentioned the incident had been recorded the voice on the other end soon retracted there defensive attitude and owned up to being the driver making up a load of excuses followed by a wrath of apologising.
My answer to him was "in this day and age you don't know who's filming you or your bad driving. Even cyclists have dash cameras these days"
Hopefully he's now got the message that bullying vulnerable road users can not be got away with so easily nowadays.
All the very best,
Johnny

I did similar a while back when a couple of 8 wheelers were more interested in remaining in convoy than passing me safely. I called the company to inform them that I would pass the footage to the traffic commissioner if it happened again. It didn't, but how much they really take on board is anyone's guess but it does feel good to at least try and do your bit.

Which Gopro is it and can we see the footage?
OP

Its a Go Pro Hero 8. I haven't mastered sharing the footage to YouTube or to copy and paste yet (I'm not the sharpest knife in the draw with technology lol)
I linked it to my tablet and played the footage through that to view.
I'm using it as dash cam mainly for any possible incidents, but it's also great to watch some nice rides to.

Where do you put your Go Pro, on your helmet or handlebars?

Why bother ringing the firm if you're considering sending it to the feds? Just grass him and be done with it if that's your thing.
OP

I've got it mounted to the handlbars. The bracket is quite neat as it positions the camera just underneath the stem.

I have a GoPro Hero2 one of the early ones , I’ve had it about 7/8 years. After using for a while it just sat in the drawer for years.

I’ve started using it on my road bike for the same reason as @johnnyb47 after reading some stories of unpleasantness of other road users recently. It sits neatly on the stem using the Trek BlendR system. I rarely look at the footage, just delete it when I’m home unless something happens, which it hasn’t yet. 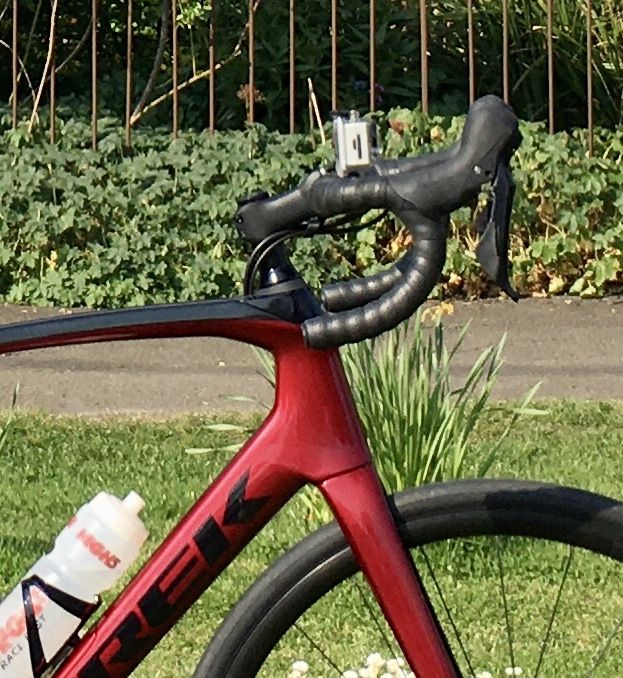 Of course you can have a bit of fun with them too:

Here are a few of the camera angles I use for video's.
View: https://www.youtube.com/watch?v=yhPgIiF5_PM

EltonFrog said:
Of course you can have a bit of fun with them too:

Blimey Carl, you're quite a ways from that there Diddycot. That's more my territory when I'm back there, only I prefer to ride next to the Kennet rather than in it

. Been as far as Aldermaston Wharf, hoping to get to Newbury one day along the canal. Am tempted to get a camera for the bike, but keep talking myself out of it.

FrankCrank said:
Blimey Carl, you're quite a ways from that there Diddycot. That's more my territory when I'm back there, only I prefer to ride next to the Kennet rather than in it

. Been as far as Aldermaston Wharf, hoping to get to Newbury one day along the canal. Am tempted to get a camera for the bike, but keep talking myself out of it.
Click to expand...

That was when I lived in Sulham about six years ago, the Fragrant MrsP and I have cycled from Didcot to Reading, then along the K&A canal to Bath and Bristol, it’s a lovely ride.

On the subject of cameras I was looking on eBay for spare batteries for the GoPro and found this for £25.00. 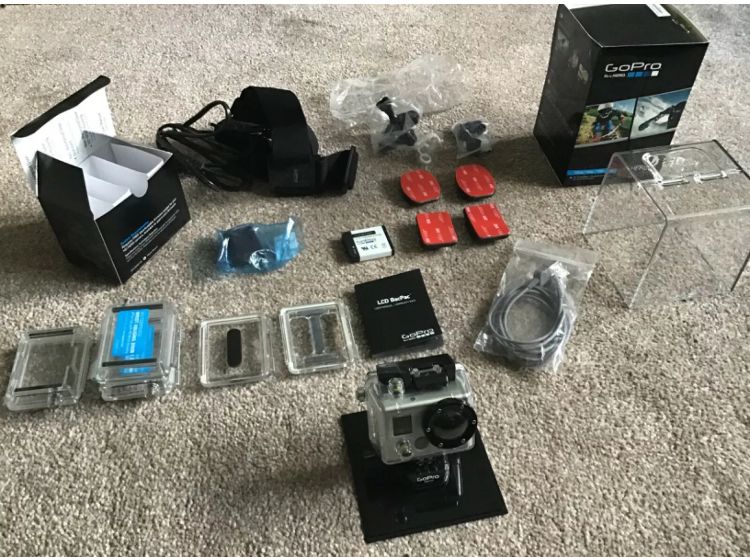 I had to buy it, it seemed silly not to.

Zipp2001 said:
Here are a few of the camera angles I use for video's.
View: https://www.youtube.com/watch?v=yhPgIiF5_PM
Click to expand...

How many cameras have you got? Which model Trek is that?

EltonFrog said:
How many cameras have you got? Which model Trek is that?
Click to expand...

I have two GroPro Hero 4 Silvers, but only use one for my rides. My wife had bought me one only days after I ordered one as a surprise because I had been talking about getting one. She said not to return it, just keep it as a back-up. I have let a few friends use it a few times for some stuff they wanted to shoot.
The Trek is a Stache 5, 29 plus.

Hi Guys. Sorry if a little off topic, but is a Go Pro overkill to be used mainly as a Dashcam (Barcam)? I would like to get a camera for my commutes. Have had near misses with road users and pedestrians.

There are a number of cheapies on Amazon that may be better suited. Cannot see if the Aldi camera light is still available and cannot warrant £100+ for a Cyclic!