Bike stolen after cyclist knocked off 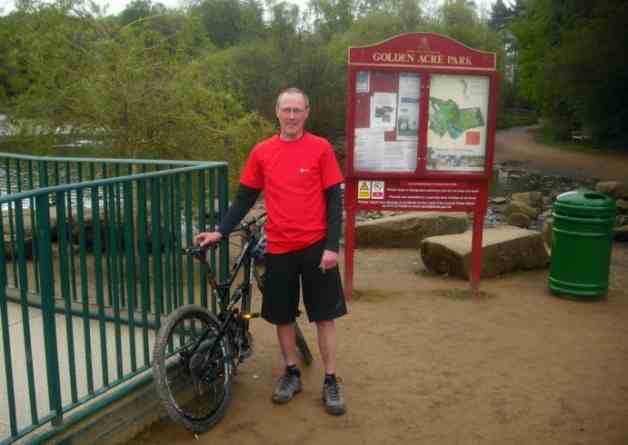 ​
A cycling enthusiast has condemned the “disgraceful” thief who stole his £1,700 bike as he lay seriously injured in the road after being hit by a car.

Shane Fitzsimons was knocked out and smashed his left arm when he was run down by a 4x4 in Bramley.

Despite a number of witnesses stopping at the scene, his Saracen Ariel mountain bike was stolen as he drifted in and out of consciousness in the road.

Mr Fitzsimons said: “It’s absolutely disgraceful. There are some people who, if you laid there long enough, would chip the gold fillings out of your teeth.”

The 55-year-old, of Broadlea Road in Bramley, was on his way shopping when he was involved in a collision with a Mitsubishi Pajero on Broadlea Hill.

His head hit the windscreen, damaging the helmet he was wearing and causing him to black out. The impact left him with a broken wrist, arm, collar bone and rib.

He said: “As I was lying there in the road I saw this guy on the bike. I was in so much shock I couldn’t say anything and he rode off.”

Mr Fitzsimons, who works for an advertising company, has been off work since the incident, which happened on August 25.

He said police initially told him they had been given the name of a potential suspect and believes the bike is still on the Broadleas estate.

Sgt Mo Gother, of the inner west neighbourhood policing team, said: “It’s appalling that someone would steal a bicycle while its owner was lying seriously injured after a road traffic collision.

“We carried out extensive enquiries to try to trace the suspect but have been unable to identify him. CCTV showed a male wheeling the bike away up Broadlea Hill but the footage was not of sufficient quality to identify him.

“There were some names suggested initially for people who were said to have the bike but these were followed up and eliminated from the enquiry.

“Although some time has passed since the incident we would welcome any new information from the community about who took the bike or its current whereabouts.”

The bike is a Saracen Ariel 161 mountain bike, with black Superstar handlebars with a blue clamp and Uberbike Components blue gear cables.

Could you steal a non-cyclist's bike?

Berk on a Bike

It's nice in Golden Acre Park. Never been to Bramley though.

In that situation could you claim the cost of the bike off the drivers insurance?

summerdays said:
In that situation could you claim the cost of the bike off the drivers insurance?
Click to expand...

I doubt it. Insurers would probably claim it was a separate incident.

Dirk Thrust said:
I doubt it. Insurers would probably claim it was a separate incident.
Click to expand...

But you can claim things like taxis that have occurred as a result of injury after an accident?

summerdays said:
But you can claim things like taxis that have occurred as a result of injury after an accident?
Click to expand...

I would have thought so.

ALSO WORTH A LOOK

Yup and we used to let Linf know very regularly

Ah, the great unwashed. Aren't they a delight?

What a lowlife scummer..
You must log in or register to reply here.

M
Bike issue after a crash

Police did an excellent job after incident.