Hi.
I currently have a 9503 type carrier. It works great for me but does have a few problems.
The bits the wheels fit onto are sloped, and the wife can't cope by herself fitting a bike as it keeps wanting to roll off. I must admit, it's a bit fiddly.
It's also a bit heavy for her to carry and as she works part time, it means she can't use the rack on her days off by herself and is restricted to local routes. A shame, as in use, it's excellent.

I've just seen the other type in the pics on a car at Whinlatter Visitor Centre, a 974 style.
this looks to solve her problems of lightweight and easy to load as the bike hangs from the top.
However, I have some reservations.

1. Do the bikes swing fore and aft like a pendulum in use - or is it easy (read quick especially) to clamp the bottom of the bikes?
2. Do you just fit a light/numberplate board with bungees or is there a clip to lock it onto - would be easier/more elegant.

I'm a bit concerned that the time gained loading the bikes on the 974 style is lost by having to secure the bottom part of the bikes and then mess about with a trailer board.

Have any users of these any experience then can impart on me?

I have the 9705, similar to the one you mention but bolt on behind the ball for carrying more weight and it works well.

1. No pedulum effect. Supplied strap goes round the bike frames and carrier arms to stop them swinging around and large re-useable zip ties hold the wheels of both bikes together. I also use a strap at the top of the carrier back to the car to hold it tight and tho this is probably unnecessary it makes me happy!

2. Numberplate board? I don't have one yet....but I'd imagine bungees would be fine. 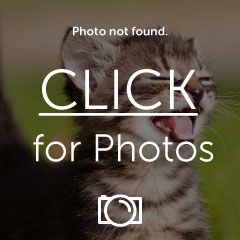 I have the 9503 and, whilst I agree that it's heavy, the bikes shouldn't roll either way as long as they are placed centrally as the slopes are equal and opposite.

I have a friend with a 974 and it is much lighter and simpler to use, but he does have to strap / lock the bikes to the vertical arms and it isn't as secure for carrying 3 bikes for longer trips. Not that he's actually had a problem, including carrying bikes to Southern France, but it's a perception issue. As for lighting boards, that depends on the make of car, whether the vehicles lights and number plate are obscured. I think that he uses a board for longer trips, such as when travelling abroad, but not for anything local.

I have the 2 bike version of the 9503 (perhaps called 9502) it's a great rack and was very cheap 4 years ago; not so cheap these days. Very easy to load IMO. Give your wife some lessons!

Go to (or ring) www.roofbox.co.uk. They're among the most helpful retailers I've ever come across, and will tell you all you need to know.
Click to expand...

+1, bought roofbox and allsorts from those guys over the years. Very helpful.
You must log in or register to reply here.
Similar threads