Ratting out tat and selling it on at auction and lets watch people with silly money to spend do an estate agent tour of the cotswolds with a z list celebrity seem to be popular in Mrs SBIB world. I like listening to radio more than TV but get moaned at as antisocial if I've got headphones in to listen to something interesting while Tim Wonnacott is on TV mispronouncing words around the antiquey villages of England.

My other half & I usually like the same sort of thing until he puts on films that are half way through and I can't work out who, why, where or when.

Mrs B tolerates Wheeler Dealers and other making/restoration programmes.
I tolerate Strictly Sequins, Falling on Ice etc. But Deadenders I draw the line at. To me that is just sleeping around interspersed with lots of shouting.

Furious and Funny on C5 I think, is something I should detest but last night I watched people hitting each other and laughing with the Mrs.

It just takes a while sometimes for me to convince OH to watch stuff. Thankfully the Wire set a precedent. After I'd watched most of the first series the first time it was on:

OH: This is boring cr*p. I don't think we should watch it.
Me (relunctantly): Ok.
[Zoom forward until everyone is raving about series 5]
OH: we need to get the box set of the Wire. Everyone is going nuts about it at work
Me: I watched most of the first series and then you said it was boring cr*p and I stopped so no I'm not buying the box set.

So far I've used "You said that about the Wire and then wanted the box set. Give it time" for Game of Thrones, Breaking Bad, Banshee, Madam Secretary, Stalker, Falling Skies (which starts again tonight btw), Prison Break, Walking Dead. I do think I've failed with Humans and The Interceptor though, I have to record those.

She does like cycling though apart from TTs and TTTs which is fair enough cos I can live without those.
OP

I count as a particular victory that I talked her into Breaking Bad. It was bliss being able to watch it again with someone who hadn't seen it. To my great sorrow she's not so keen on Mad Men. 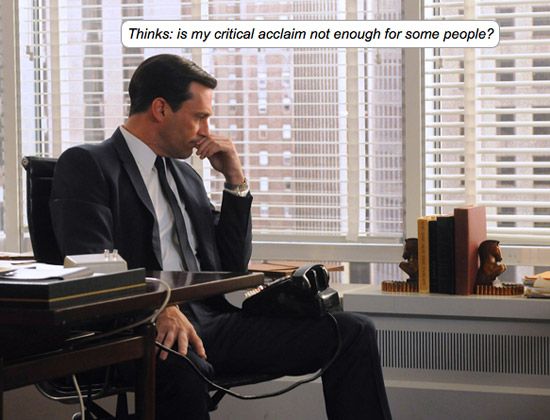 There's no way I'd even attempt Game of Thrones (@yello, to answer your question more earnestly, I'd do him if I were at all that way inclined). 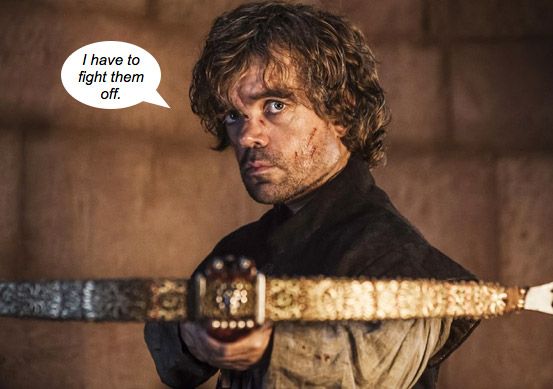 We don't do separate telly, we choose stuff we both like, usually a series and work our way through that. An episode is usually about 45mins which is fine on a school night.

anothersam said:
(@yello, to answer your question more earnestly, I'd do him if I were at all that way inclined).
Click to expand...

He'd not be to my tastes but thanks for answering in the manner I was looking for! I reckon some folk are a little too afraid to explore certain areas of their minds, for fear of I don't know what. The mind's a playground. You can go anywhere and do anything.

I reckon on 70% of the stuff we both like. She isn't in to anything too weird or bloody so berates me for liking Utopia, or My Mad Fat Diary so I watch them on my own off the PVR (sport (cycling & motorbikes) is the only thing we ever watch live and even then it's often recorded for ease).

I'll stomach NCSI&OrderJAGinLA or whatever it's called (they may all blur in to one to be honest) but have drawn the line at her sudden love of McGyver. Equally the semi-reality stuff, Strictly MasterChefs on Ice I avoid. Fortunately she is happy to watch TV after I've sloped off to bed so she just about keeps on top of it all without me needing to see it.

Must remember to have a watch of Mad Men. A friend recommended it to me and as she put me on to The Wire, I'm inclined to take her word on it.

I didn't watch a great deal of tele in the past (films, yes, put not tete) and so now, with time on my hands, I can luxuriate in catching up on stuff I missed (out on).
OP

We don't even have a TV capable of receiving entertainment signals from the outside world. It's all DVD or whatever I can find online that's free (and not live, if you're reading this BBC licence people).
U

Mrs Kes and I pretty much like the same things.

Except she does insist on watching some guff about 1950's posh nuns delivering babies for poor people..... I usually wander off and tinker with a bike at this point..
OP 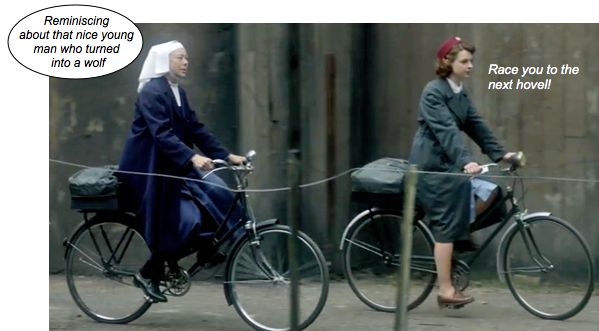