My father is now nearly 95 & despite me loathing gardening I've had to go up & make a start on his, it was starting to take over, problem is I know nothing about it. I have eliminated all areas around my house, the wife has a couple of tubs, a few hanging baskets which she's happy with the splash of colour as she doesn't like hardening either. This was if we see something that is not going in a pot or tub it can be eradicated forthwith.

However that is not the case at Dad's he has a lawn with a border which is being taken over, I started to fight back yesterday & have been up again today.

So the questions are, is this a weed? 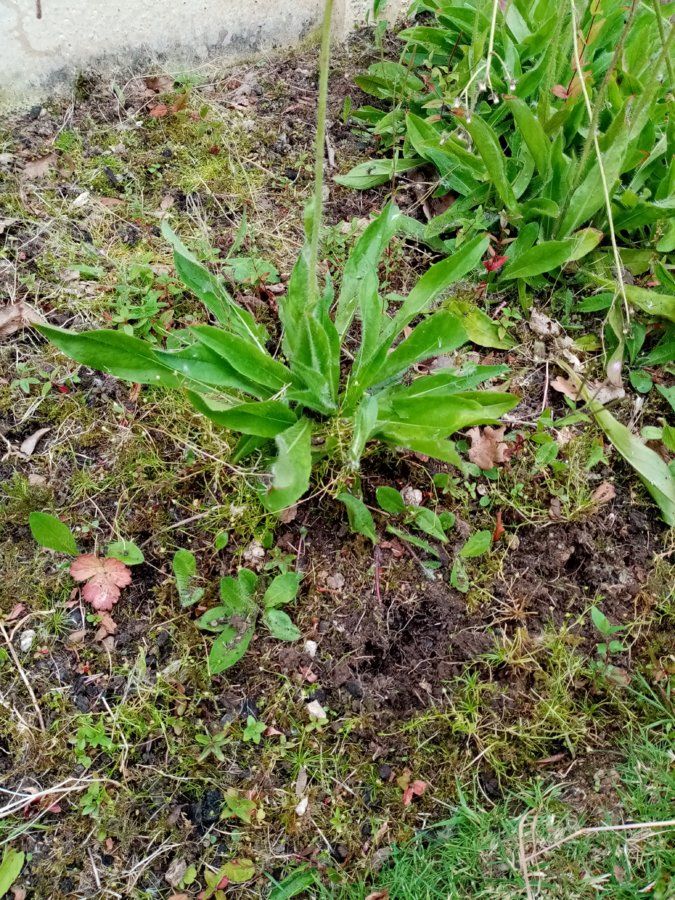 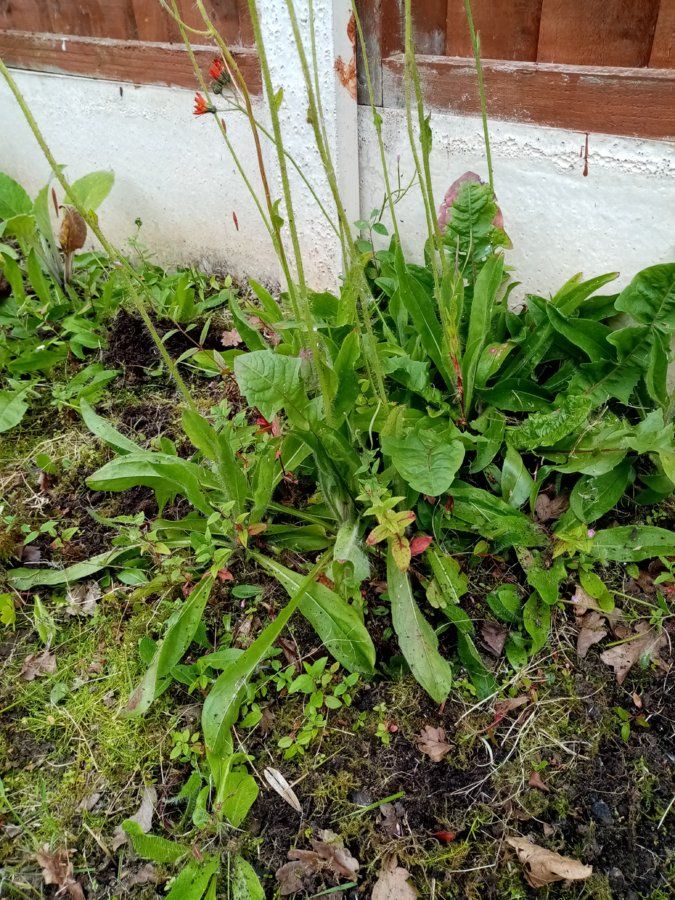 What's this & should it be so big? Can I virtually cut it to it's stump 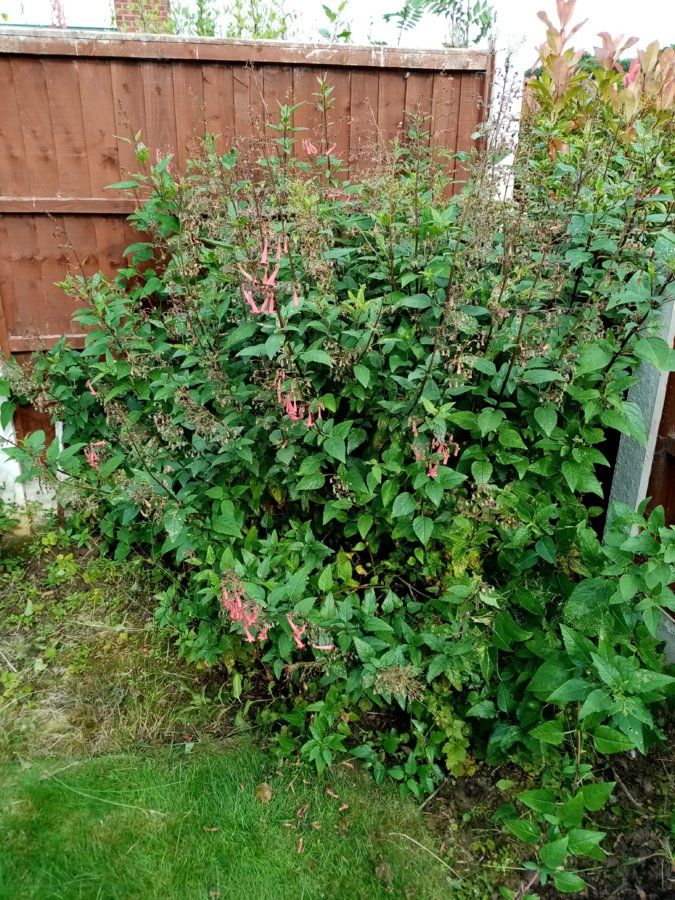 This looks to me like some type of Ivy, it's taken over along a wall, across a path, up the border & now trying to escape into next doors garden, this definitely wants eradicating, again what's the best way, I tried to dig it up, but it fights back, are flames my friend? 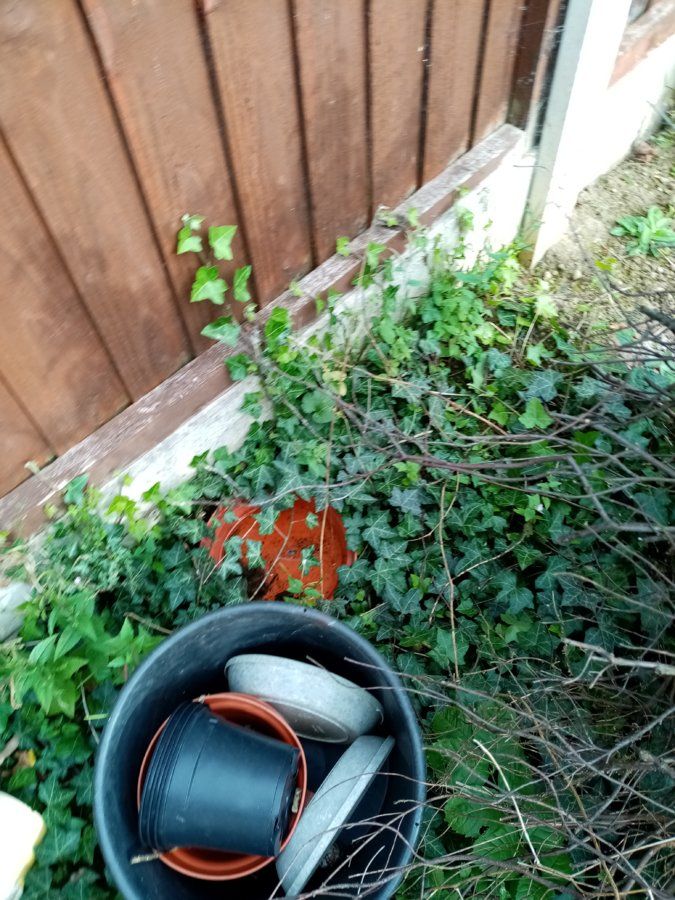 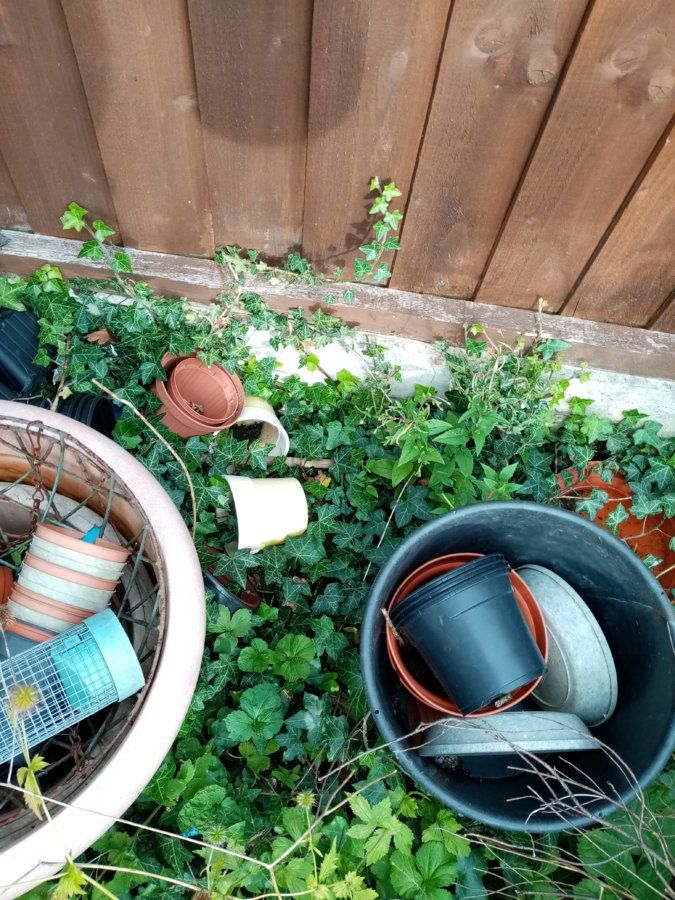 Get an app for your phone called SEEK. It will identify plants for you.

I think the first pr are weeds , the third one can be chopped back

And the ivy needs to go good luck with the ivy

Hi @Phaeton.
If I was you, I would set the lawnmower or strimmer on N. one and 2.
Cut number 3 right back, it's a nice bush, it will grow again.
The ivy, just cut off as much as you can, that will never die.
The plants you showed us are perennials, hard to kill.
As you don't have neither the time or the inclination, just cut back everything as much as you can, cut hedges and lawn, as long as it all looks tidy you can't go wrong.
OP

Thank you all, I think the way forward is to get rid of the earth borders, lay a row of paving all the way around the edge, lawn up to it & then if he wants some colour we'll do dome pots for him

I think the little house knows something about this. 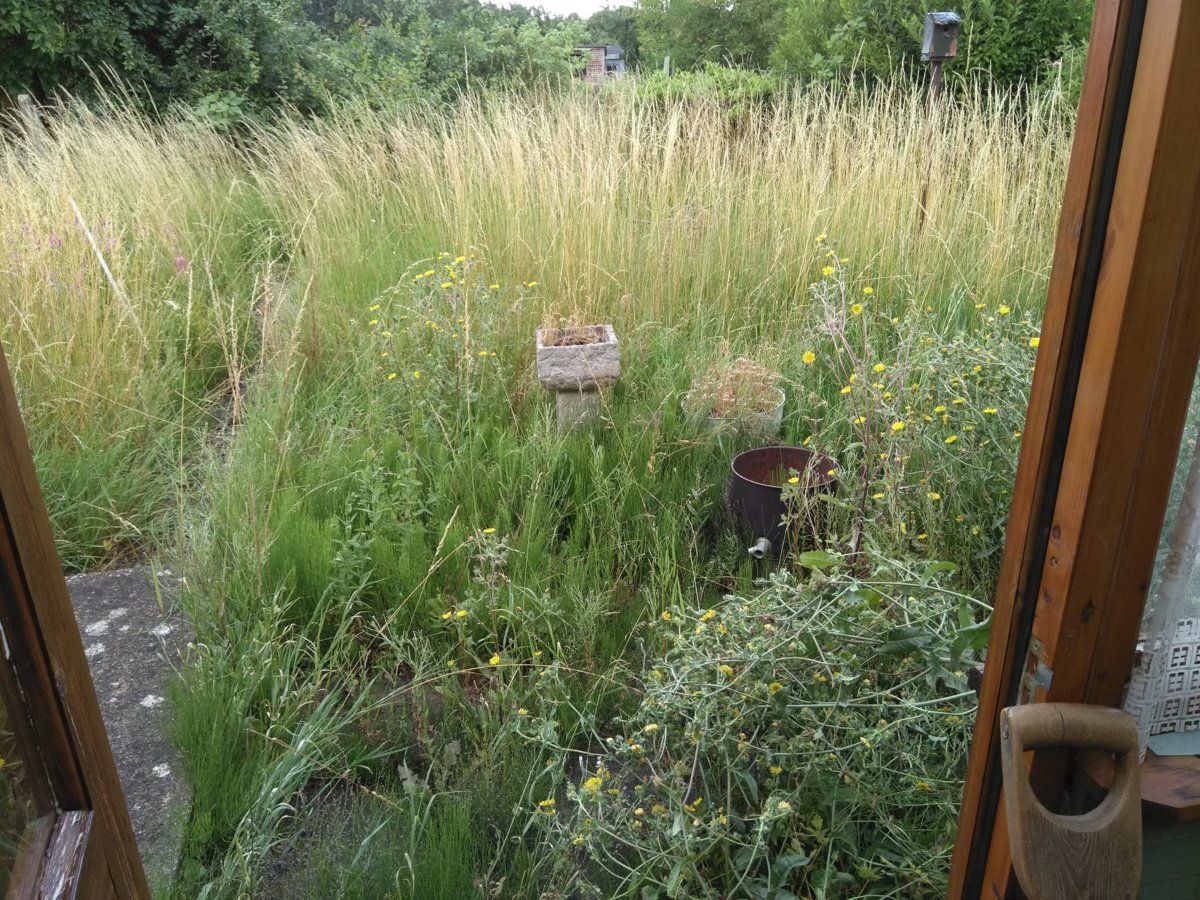 Take a garden fork to the ivy, lifting out as much as possible. Chances are it's already under the lawn if it's within feet of it.

Phaeton said:
Thank you all, I think the way forward is to get rid of the earth borders, lay a row of paving all the way around the edge, lawn up to it & then if he wants some colour we'll do dome pots for him
Click to expand...

There could be quite a bit of work and expense in laying paving, perhaps just keep things at bay with a regular Flymo/strimmer treatment and eventually it will all be under grass.
There's little point in trying to differentiate between plants and weeds, as weeds have been described as plants growing out of place.
OP

Thank you for that it cheered me up, Sorry

Phaeton said:
Thank you for that it cheered me up, Sorry
Click to expand...

Orange hawksbit is a wild flower with a deep taproot. One of my clients makes me keep his. I like them.

The pink one is Correa which can be a bully.

Ivy is a doddle to remove ‘manually’.

Your call really on all of them.

Good for wildlife though....

Probably find a few Japanese soldiers left over from the war.

1 is a weed but doubt it will smoke well if that is your question.
You must log in or register to reply here.
Similar threads