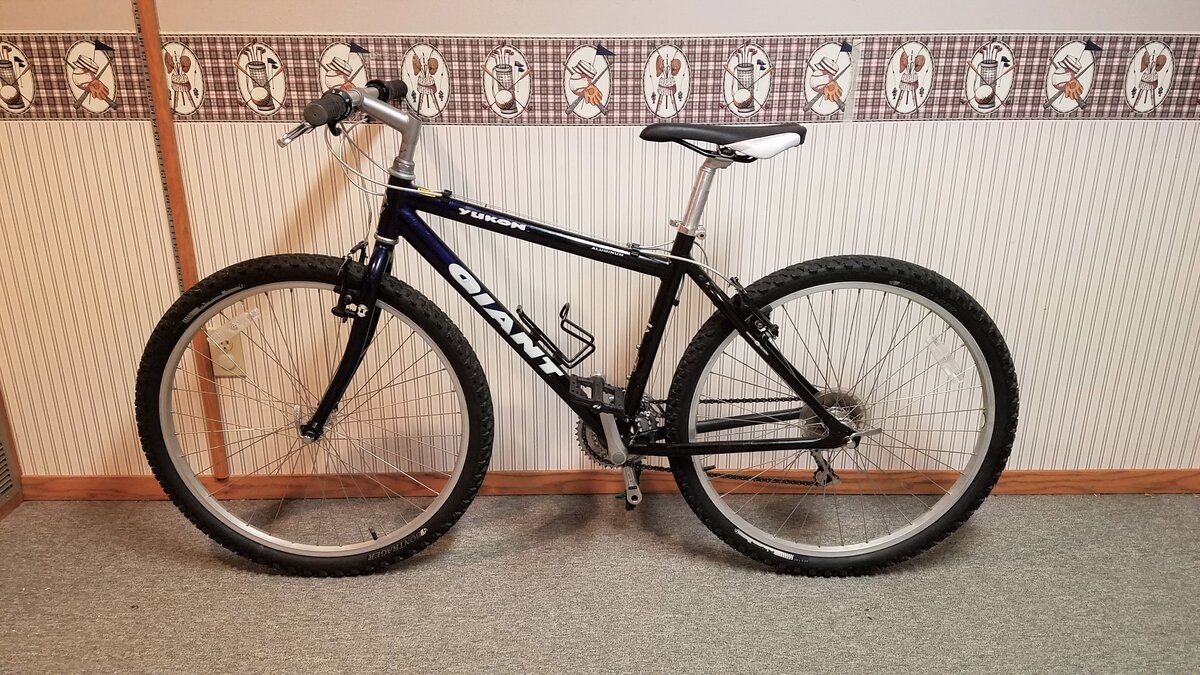 ...that I am not sure what to do with. I purchased it second hand several years ago for $110 and replaced some necessities like brakes and tires. Got a couple summers out of it and it's been hiding in the basement ever since. Thought I would do a budget build with modern parts, and then I found a 1995 Cannondale MTB and built that instead!

So what to do. Something catches/resists once per crank rotation. I removed the crank once, had to pount it off with a mallet as it was seized. I found some metal chunks in the bearings which I thought was the culprit, but after re-assembly it returned after a short time. I think removing the crank once more will junk it so any build-up is going to involve a crank and BB. Any ideas on this issue btw?

I really like it and would be pressed to part with it, but a build would leave me more or less with a duplicate of my Cannondale so it's hard to see the value. It's a unique bike, as I gathered the only year with aluminium frame and rigid fork. Someone make up my mind for me!!

sort the crank issue , change tyres to something like schwalbe city jets, maybe a rack and you have a great tarmac terrorist / utility do it all bike.
OP

Swapped the quill with a stem adapter and a 25.4 Cannondale stem I had laying around, and replaced the hadlebars with the Ritchy bars on my '95 Cannondale. Got a pair of Microshift 3x7 shifters and all new cabling: 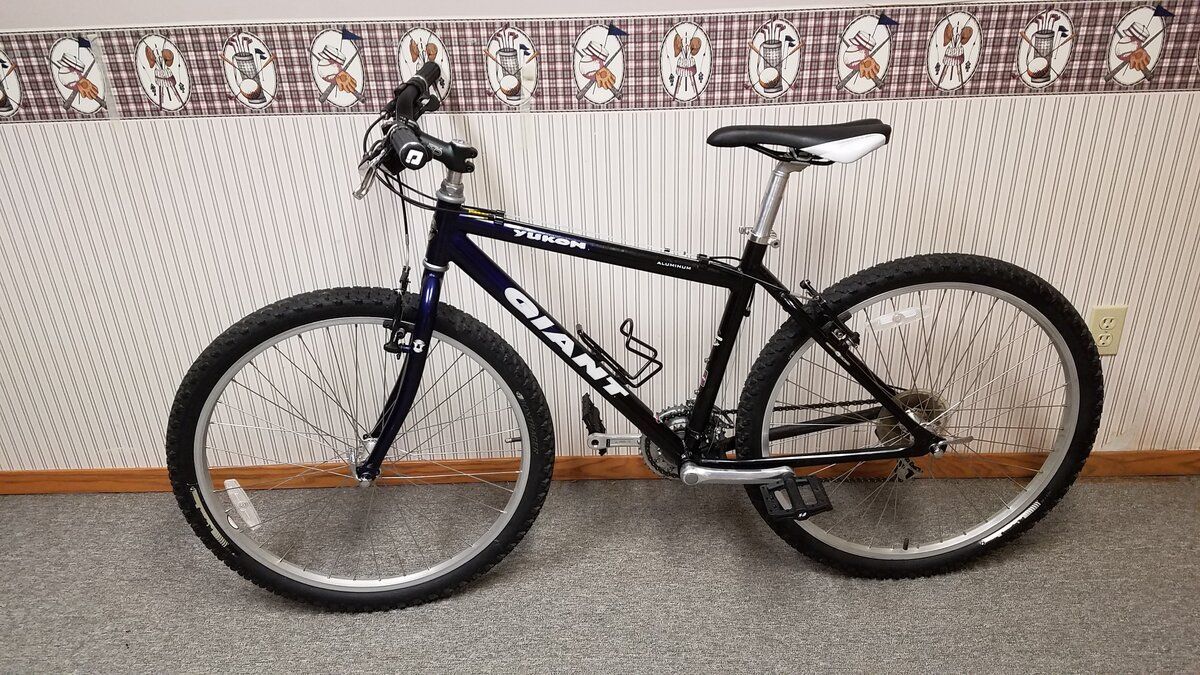 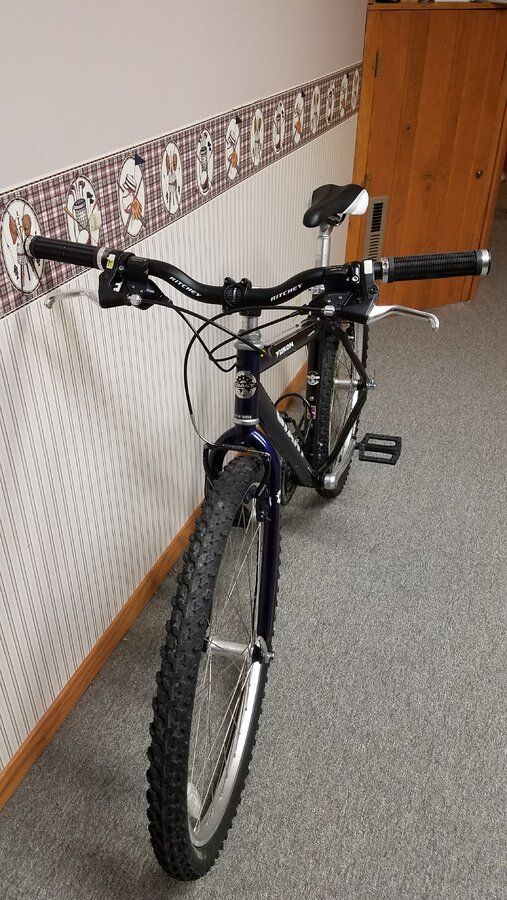 (which means the Cannondale got some new Race Face 'bars and a Williams stem I found on Ebay). Here they are together: 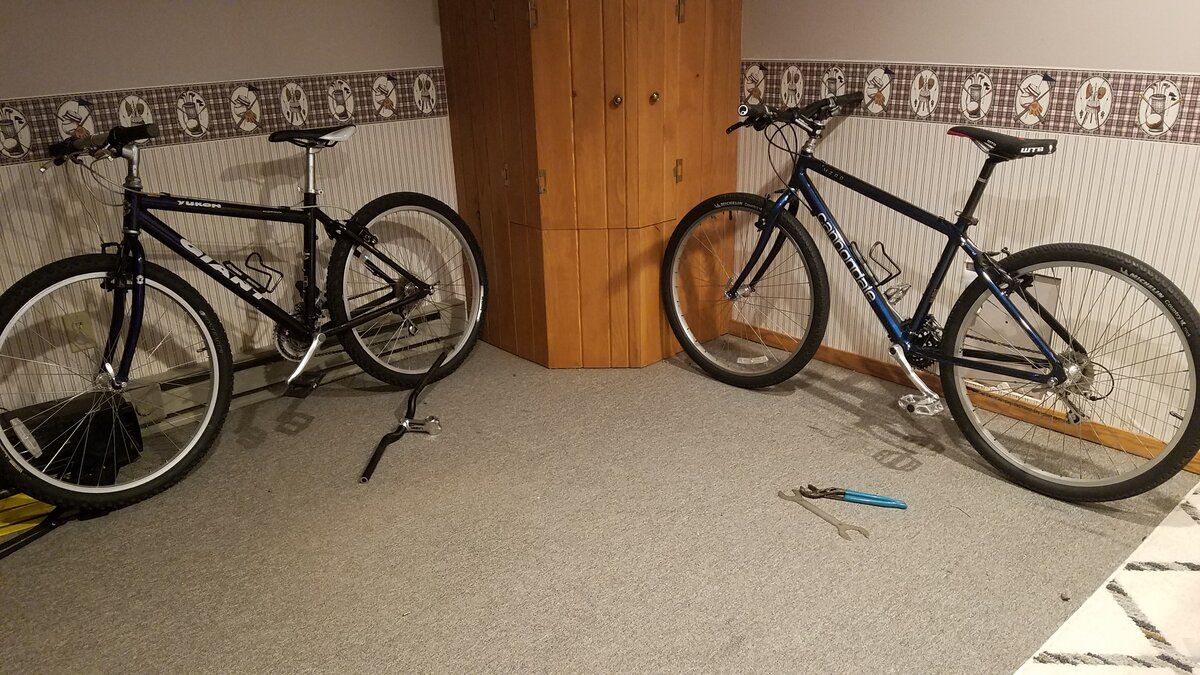 Still have to sort out the crank issue (probably the BB really). The crank is pretty seized on and the threads are stripped out, so it's not coming off conventionally. I figured it's a lost cause and so I tried whacking it off with the rubber mallet once again, which did not work with reasonable force at least. However, after a round of hammering the crank feels like it is spinning more freely... I don't want to spend a ton of money on it, so I'm still debating what to do with that. I found a decent looking Shimano Hyperglide-C triple crankset on Ebay (same as on this Cannondale) which I might scoop up. Unless anyone has a fool-proof idea to get this crank off. Youtube is full of ideas but...

A ball-joint separator might get the cranks off, depending on size and available clearance.

roadrash said:
sort the crank issue , change tyres to something like schwalbe city jets, maybe a rack and you have a great tarmac terrorist / utility do it all bike.
Click to expand...

That's my thought too... Or maybe something slick and slightly narrower, like Schwalbe Duranos.
OP

Public Service Announcement: Suntour cranks are really frickin' strong. If you are ever in worry of breaking a crank, get a Suntour. 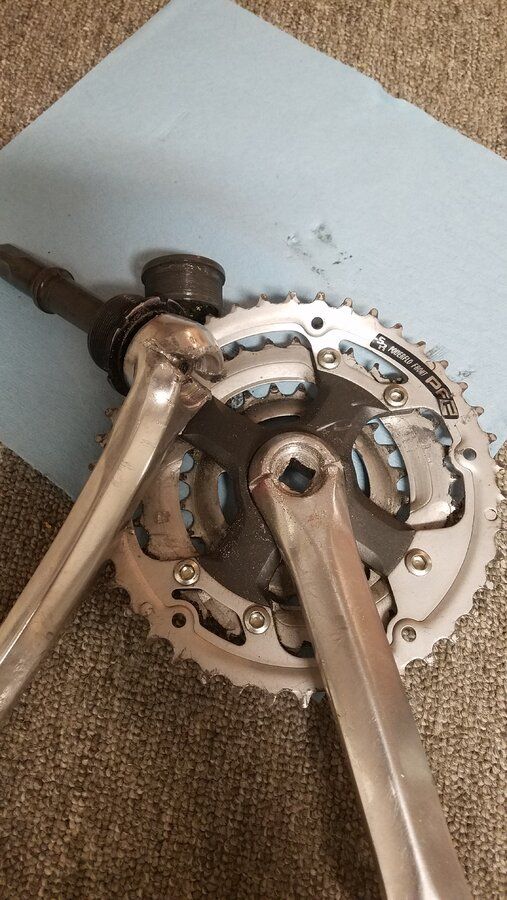 A bearing puller didn't work; couldn't get the feet seated. So, out came the sawsall. Then, some crowbars, a hammer, and some PB Blaster. And finally, I got the drive side off and just unthreaded the other side with the arm attached.

I have a replacement SR 42/34/24 new stock crankset coming which I found on Ebay for $40 shipped, basically a modern version of the stock one. And next I'll hunt down a new BB, chain, and rear sprocket.
OP

Right after I bought the previously mentioned new SR crankset, an ebay seller sent me an offer on this lovely vintage one, and I could not resist

Around $51 shipped. One good polishing in my future I think, but the teeth look great! I'll try the first crankset on another bike that has a cheap Shimano square-taper set and I had wanted to change up the gearing on it anyway. So no loss.

I can get these installed in a jiffy, adjust the cables and it should be ride able if not quite finished: 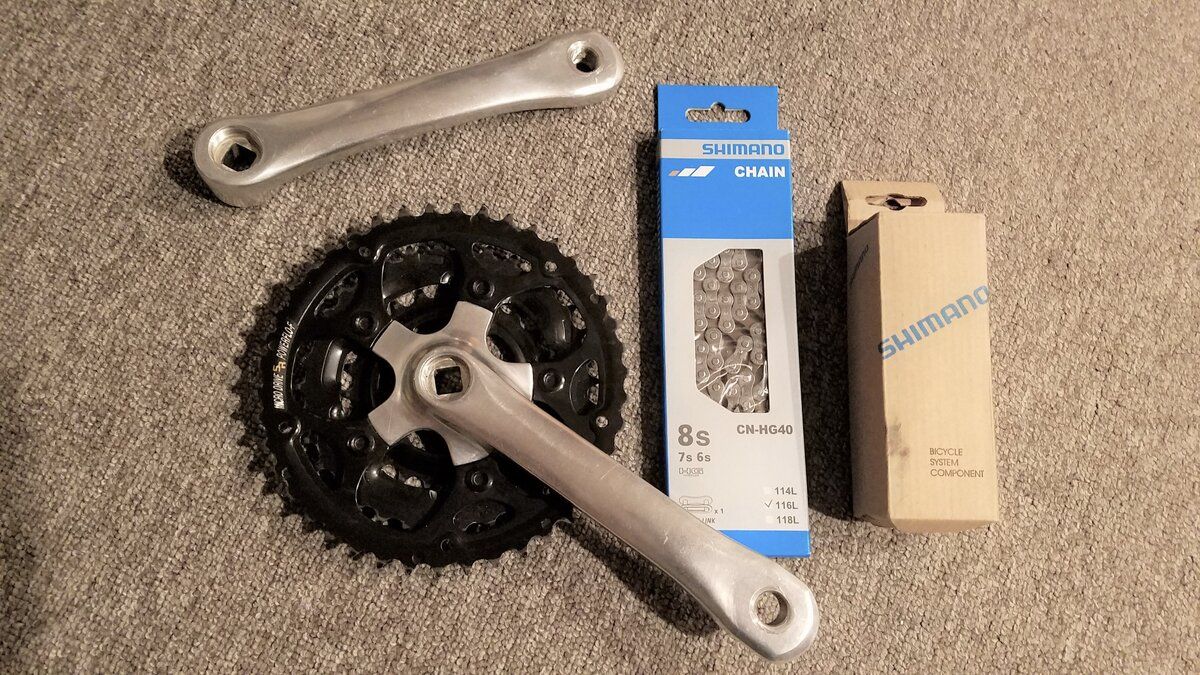