Am I to blame for hitting a pothole?

I'm having a bit of a problem claiming of the council for hitting a pothole and I'm looking for some advise. I was riding in dark and heavy rain on a Giant Defy road bike when this accident occurred. There was a bit of street lighting and I went through what I believed to be a puddle of water at the time, but I soon came to realise that it wasn't a puddle of water at all and was in fact a very dangerous pothole. Thankfully I didn't come of the Bike but I was aware the impact my back wheel had taken. On inspecting my Bike I noticed that one of my spokes had snapped and the wheel was now making a noise. I took the bike to a repair shop and they told me it could cost anything from £31 and upwards depending if the wheel is buckled or not. The problem I have now is that the council says I should have been looking where I was going LOL. So I'm just wondering if anyone thinks I'm at fault here for riding through what I believed to be a puddle?
Last edited: 17 Jan 2020

If you were on the highway then, no, you have no culpability! It's what the road is there for, for heaven's sake.

I'm glad you were not injured.

The usual council let off is that they "inspect regularly". If you can prove that the pothole was previously reported (before your incident) then the council are liable. Otherwise - tough luck I'm afraid.
OP
M

Took a picture next day before it got to dark. That concrete isn't the pavement by the way that's where the road is supposed to meet the tarmac because it's a part tarmac and part concrete road. 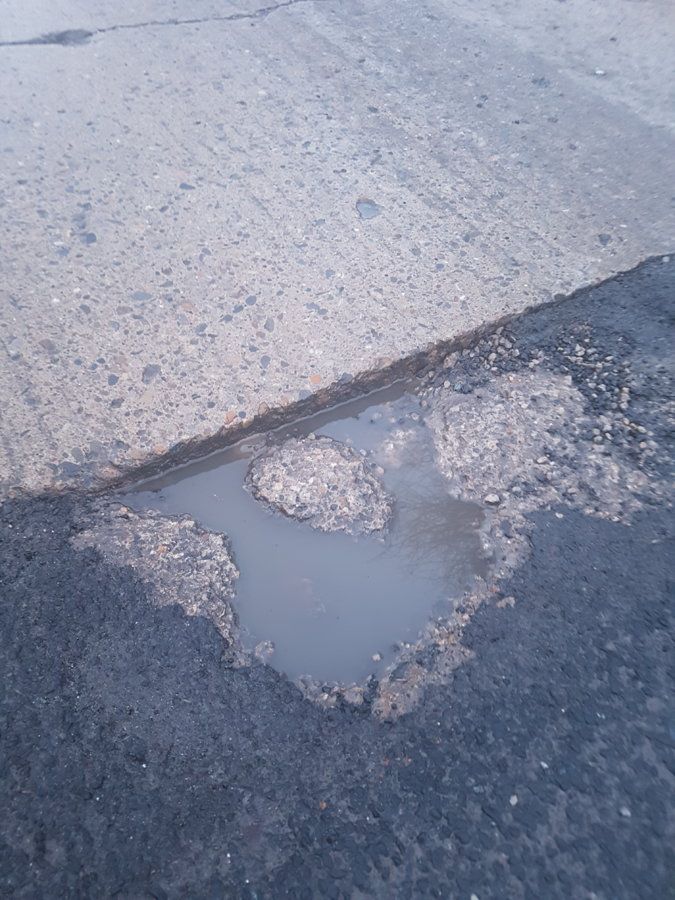 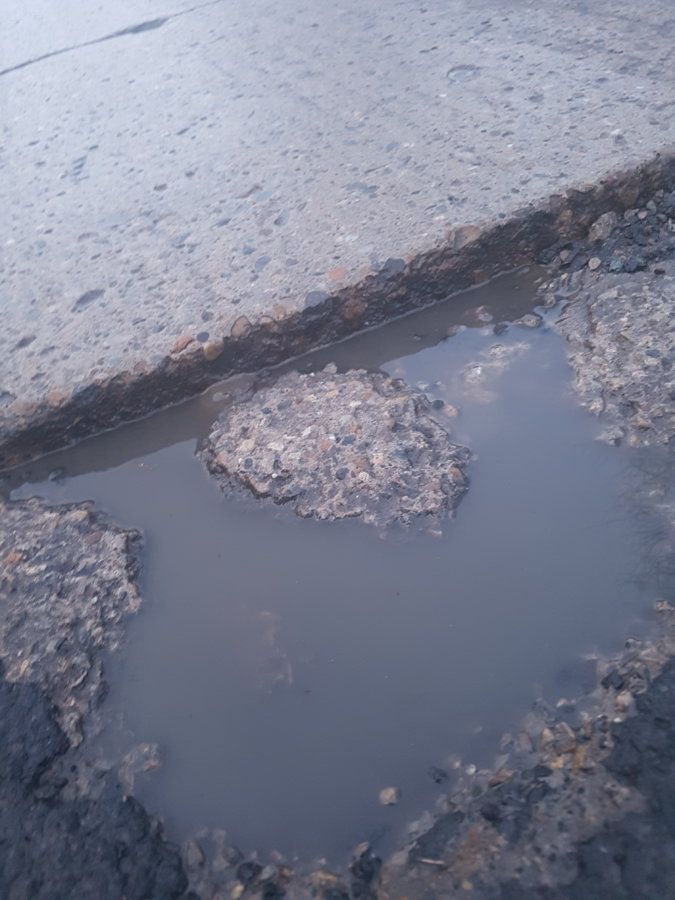 As above they have a duty to maintain the road to an appropriate standard. See if hole reported before you hit it.

Check on sites like https://www.fillthathole.org.uk/ and https://www.fixmystreet.com/ to see if that particular road defect has previously been reported. If it has it will substantially help your claim. If it’s not on those then ask the council for details of all road faults reported to them for the location of your incident.

You need to check online and see if its been reported, try

Or other similar sites.

MBosh said:
So does the hole have to be reported by someone else before you can claim for the damage it's caused to mt cycle?
Click to expand...

No. You have to show that the council was negligent.


MBosh said:
So basically I have to pay for the damage this pothole has caused because nobody reported it before me?
Click to expand...

That’s not what’s been said.
Have you checked that it hadn’t already been reported?


MBosh said:
Also, if it was reported by someone else couldn't the council just lie and say it wasn't reported?
Click to expand...

That’s extremely unlikely. Why not ask them first and deal with the response?

There's a reason for the rule 'Never ride through anything that you can't see the bottom of'.
OP
M

I'm wasn't happy with the council response when they said: "I should have been looking where I was going." Maybe I should have brought my diving equipment with me to stop at the puddle and look under the water before attempting to ride through it. They were supposed to send me an email with a case number but they haven't even bothered to that which will now take another 20 min phone call no doubt.

I'm starting to think it's not worth the hassle going through with a claim. It's damn annoying though. The guy in the Cycle shop said nobody ever gets anywhere with potholes and the council.

Cheers for the replies and links.

@alicat - I had no choice really because it was on me in a flash. Had I swerved to avoid the puddle then I might just have ended up under the car that was passing at the time. I'm sure most people have ridden though a puddle while cycling, but I'll just close my eyes and hope for the best next time LOL.
Last edited: 17 Jan 2020

Have you reported the pothole?
Have a quick look at this Devon page: https://www.devon.gov.uk/roadsandtransport/report-a-problem/report-a-pothole/
Fillthathole is NOT reporting it to local authority - that site is Cycling UK's.
If you are the first to report it: well done: civic responsibility - and hopefully karma. If it'd been reported a decent time before - and was of 'actionable size' (see link) then, if you're persistent you should get your wheel repair refunded (same for a car tyre/wheel suffering catastrophic damage).
I use a can eg of baked beans which is of recognisable size to place in hole and photograph, for example: 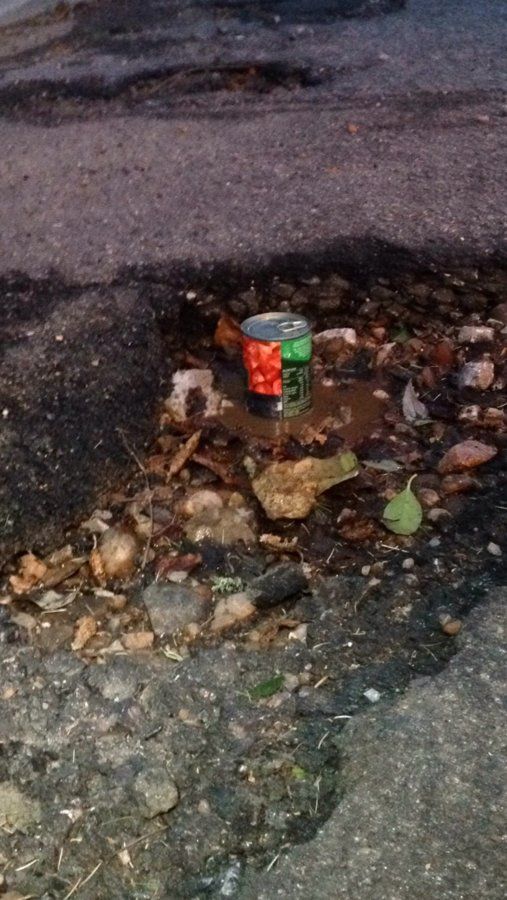 Devon CC:
"We will only repair potholes that are deeper than 40mm, wider than 300mm and have a vertical edge.

"Please see the images below which illustrate a pothole with a vertical edge:

Ignore any notional depth that councils tell you they work to when making repairs. Road users have been successful in court for irregularities as little as 10mm. The court decides what is reasonable and lawful, not the carncil.
Last edited: 17 Jan 2020

MBosh said:
I'm starting to think it's not worth the hassle going through with a claim
Click to expand...

That's what the council wants. It's up to you; you might succeed if you pursue it but you definitely won't if you don't claim.
You must log in or register to reply here.
Similar threads