Are cyclists allowed on 'Except Buses' lanes?

On my commute I regularly pass this junction- as it happens my office is up to the left, carefully avoiding the drains in the wet and not knocking into the lady with her shopping, so there would be no reason for me to go through the No Entry signs into the 'Except Buses' section- however, yesterday whilst at the other end of the lane (you can just make out a white car at the end) I was nearly hit by a cyclist who did go through -baring in mind I was on the look out for buses, not bikes.
Are cyclists allowed into this Bus Only section or was he being a naughty boy? 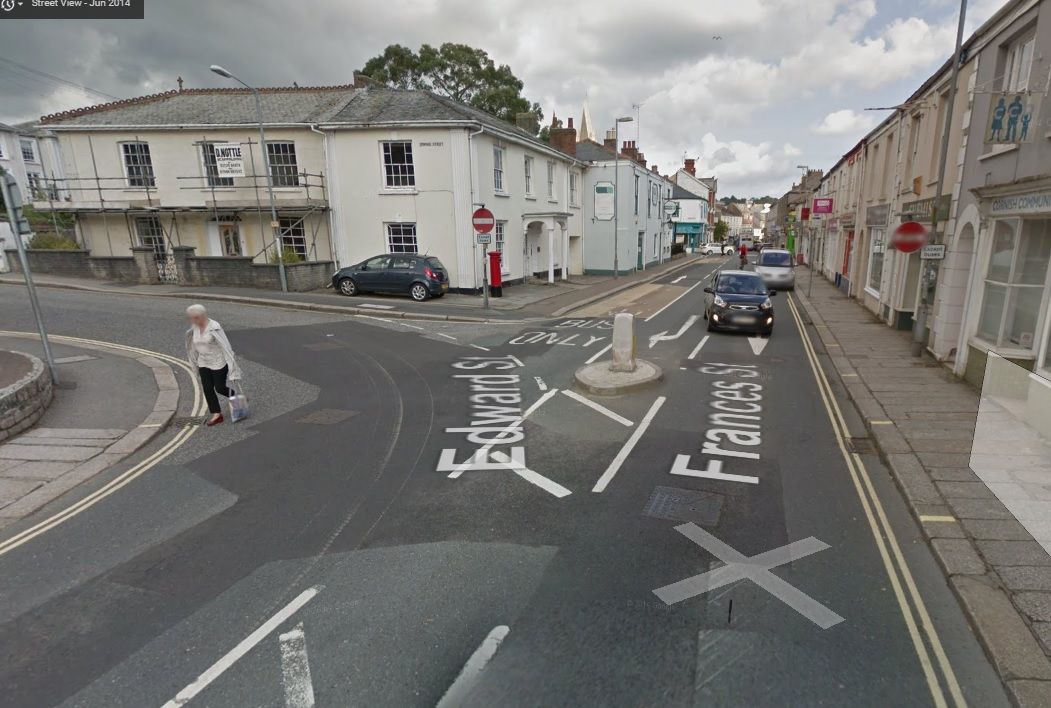 What is the signage?

Could try wearing this 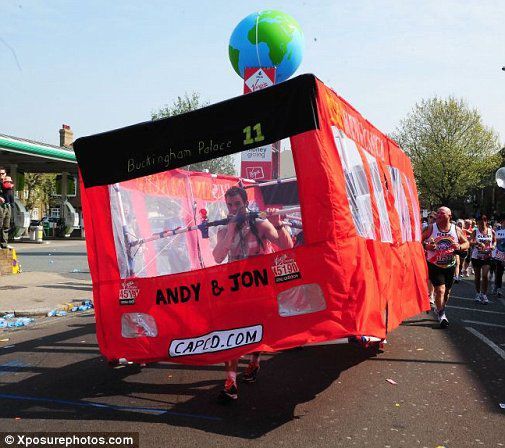 if the lane was for use by Taxis, Motorbikes and Cycles it has to say so. Like this sign. The bus lane in your photo is NOT for cycles, or anything else. 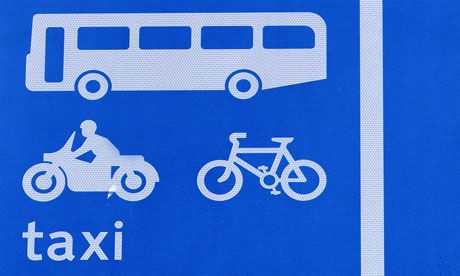 Naughty boy. The ''BUSES ONLY'' on the road is clear about excluding other road users.
Though he had been an insurrectionist, figuring that banning the narrowest and smallest road user in favour of one of the biggest on the grounds that the road is too narrow is clearly illogical, and then after being sent round a one way system that was only introduced because the road's not wide enough for two-way motorised traffic, he or she may have decided that the illegalised lane is safer and quicker.
OP

This is what I thought, my tuts were correct, I'm glad I never have a reason to go that way as the one way system goes up a nasty little nip of a hill which would nark me!

She either needs shorter arms or handles on that bag.

Dave 123 said:
She either needs shorter arms or handles on that bag.
Click to expand...

It might have integral wheels. A hidden rollerskate sort of thing.

(would it be allowed in the bus lane?)

There's a stretch of road near me where the writing on the road is 'Buses only'.

But the blue signpost has a symbol of a bicycle on it.

Pale Rider said:
There's a stretch of road near me where the writing on the road is 'Buses only'.

But the blue signpost has a symbol of a bicycle on it.
Click to expand...

Yup, we had that too for a while in Lewisham. For a heck of a long time it was buses only but so many cyclists used it as it's a major cycling route, that they added the sign. Took a while before they changed the sign to the correct one. I don't use the lane myself as I like to run the gauntlet of the fast one way system instead.

I would have ridden through there. Tut if you like.

As two posts have just testified, there is a lot of confusion in the signing, and the vast majority of bus lanes are accepted as cycle routes whatever the small print may (appear) to say, so that I wouldn't get too hung up looking for exceptions. Indeed, until today I believed that all cycle routes bus lanes were open to cyclists by default, but I now stand corrected.

Me too..
You must log in or register to reply here.
Similar threads