Got a set of Cube barends for my Acid yesterday. Just wanted to give myself an alternative position for my hands on the bars.

Anyway, having pretty much no knowledge of fitting these things, I had a look at 'em today. From what I've read online, best plan for a neat fit is to use a craft knife to cut off the ends of the grips. did that, nice and trim.

Now, when it comes to fitting these things are they supposed to be angled "inwards" towards the wheel if you like or "outwards" away from the wheel?.

Lastly, what sort of angle would you recommend they be placed at from looking "side on"?. Approx 45 degree?. Or is that personal preference?.

A few pics to help illustrate what I mean :- 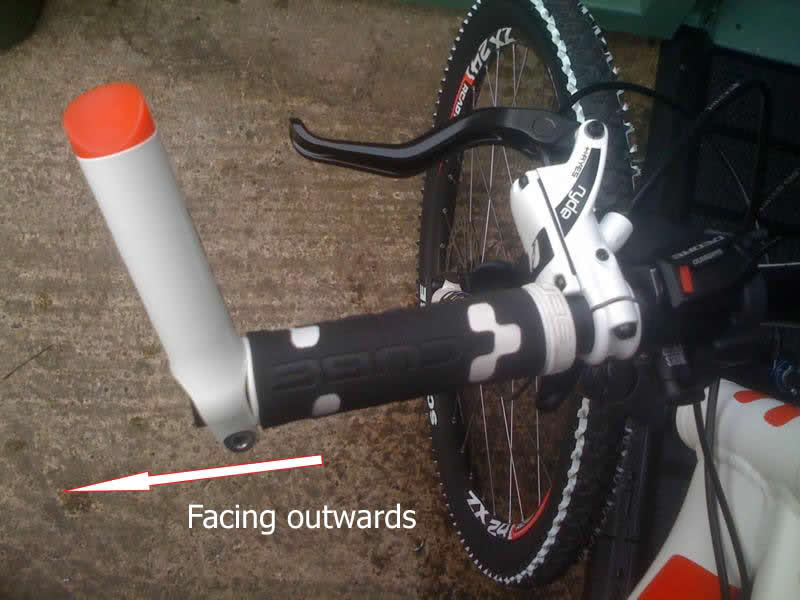 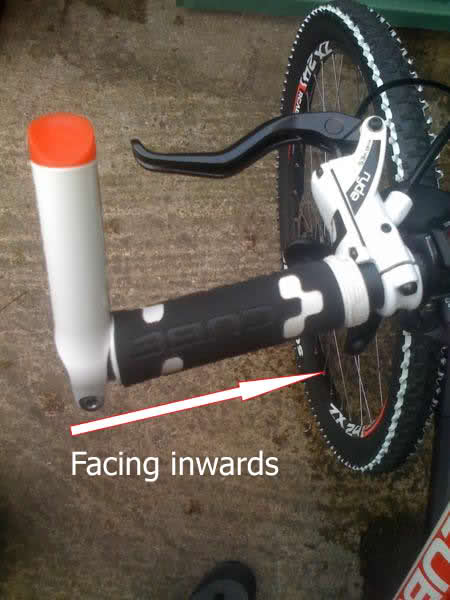 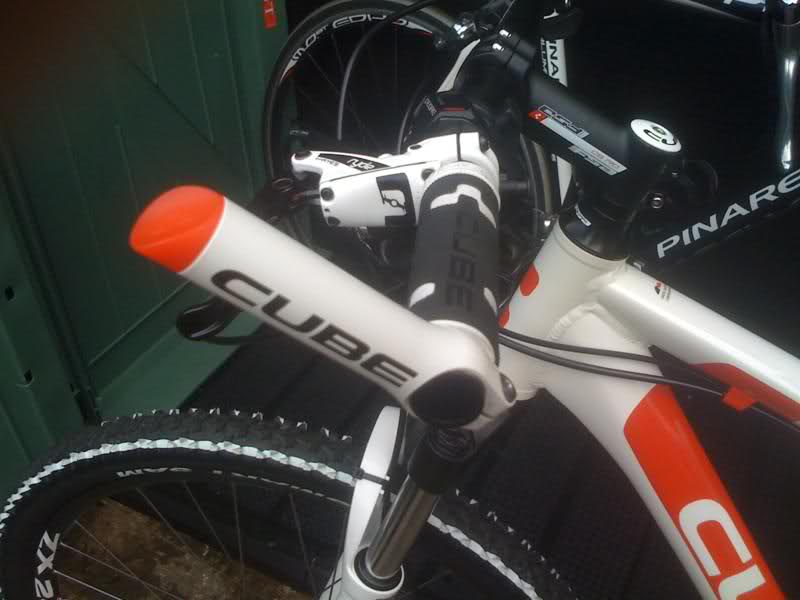 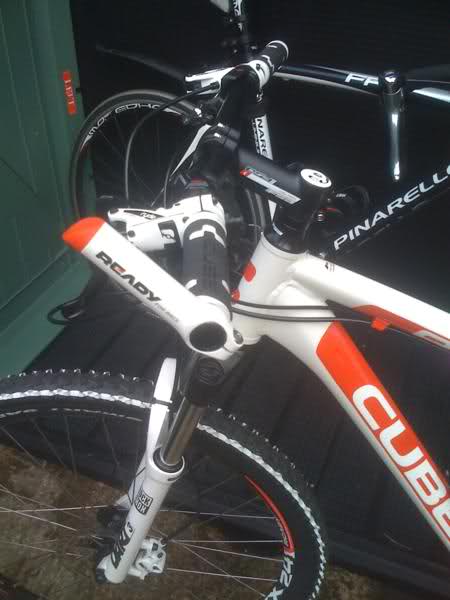 Which way do your hands naturally fall? (Inwards!)
OP
OP

Yeah, I thought they went on inwards, just wanted confirmation.

innwards, as plain as falling out of a tree.
OP
OP

Ta, maybe not as plain for a roadie like me venturing into MTB's for the first time though?.

Added some bling to it today 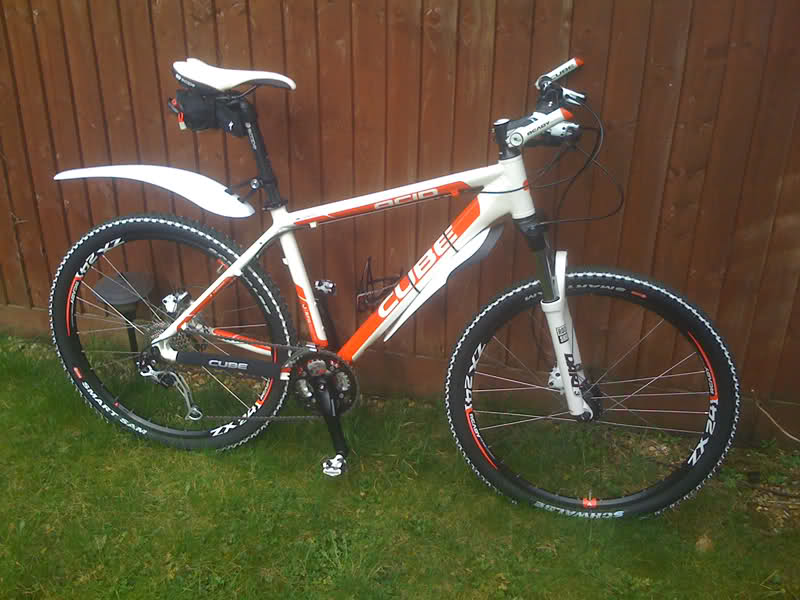 You can have bar ends on a road bike too if it's a flar-bar bike. I do. The angle you have them at is up to you but as a guide I have mine at the same angle to the headtube as the stem, so you get a bit of continuity along one plane. I did re-mount my bar ends horizontally recently, for about a month of commuting, and I found myself going faster on the flat, I suppose because I was leaning further forward and therefore in a more prone position so creating less air resistance.

Depends why you've put them on. For climbing you would have them at a light angle, for extending the reach for racing, horizontal, then I have seen some touring-type people who mount them almost vertically.

Also, depending on how big your hands are you may want to consider buying new grips as you will have cut at least 1 cm off your existing ones, and you would also need to move the shifters and brake levers down towards the middle of the handlebar... For this reason I have elected not to put bar ends on my new mtb. To be honest I climb hills on a flat bar road bike and hardly ever use the bar ends, I just grip the centre of the handlebars and it gives me more purpose.

You need those bar ends nearer to the horizontal.

I feel the same about mine so I tend to take it off or replace it according to the conditions.

The bike looks great, but it does need some mud

Also along the same lines as cyclist33's comments I don't use bar ends anymore, they can help with you position on long rides, and climbing out of the saddle, but once you get into technical mtb stuff they can get in the way. One thing is that you may want to move the brake levers and shifters in a bit, it definately helps to be able to brake with one finger so that you can hold on to the bars properly when braking. I like to line up the outside end of the brake lever so that it is inline with my first finger, I have the shifters on the outside of the brake levers on my full suss bike to help with this. See pics.

I agree with you, perhaps leave them on if/when you use the bike for your commute, but once on the trails, they don't look cool.

Glentress; accessible or not just now?

Help me out: Shimano MT200 or Deore brakes? Or anyone with good experience with Avid Elixirs?