potsy said:
I was going to ask this earlier as I know Colin likes it so much when someone inevitably does

It used to be Bromptonfb or whatever he was calling himself then...
Click to expand...

I do remember getting grumpy in one ride thread but that was after 3 or 4 people had done the same thing one after another!

You are NOT going to believe this - my friend Carrie just rang to ask me... what time we are meeting, and where!

It sounds like there is a good chance that she WILL be joining us, in which case we will have almost a 50-50 male-female ratio for a change.

I will check in here again at around 09:00 to see if there are any latecomers.

See y'all in the morning.

ColinJ said:
I reckon you are one of those 'better to ask, than to read' fellas!

It is a quarter of the way down the first post in the thread...


That is on the Halifax Road, a couple of hundred metres towards Hebden Bridge from the mini-roundabout in the centre of Tod.
Click to expand...

Yup, I know exactly where that is and that time suits us both so, all being well, we'll see you all there then.
OP
OP

I've eaten too much for breakfast! Gave upon my shorts because they are too tight round the waist. Back to the Ron Hills (and after I get back, a new diet?

In't car park now figuring out the parking meter. Who ordered the rain?

A grand day out. Thank @ColinJ for organising 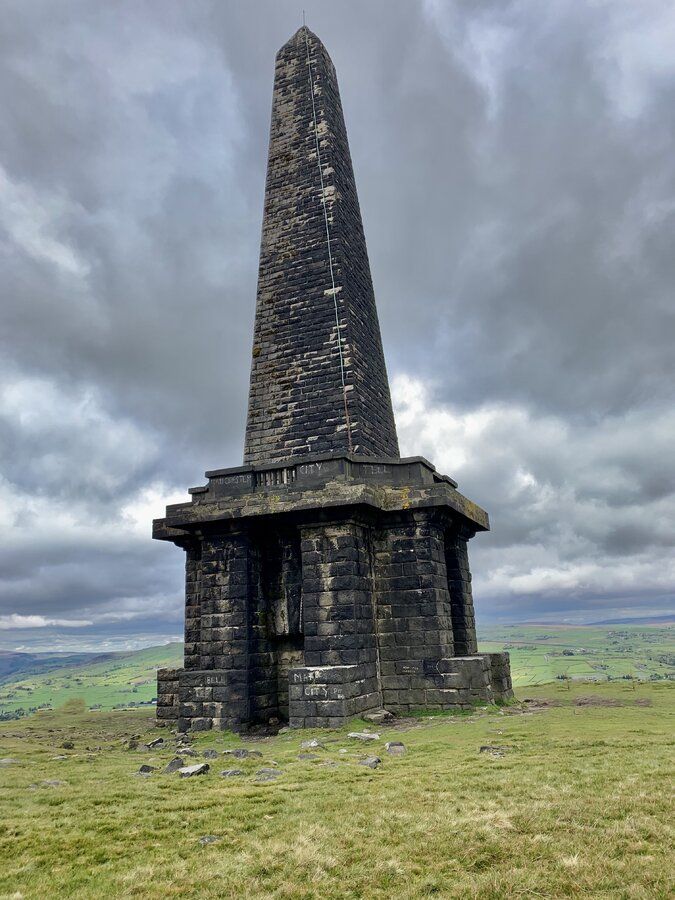 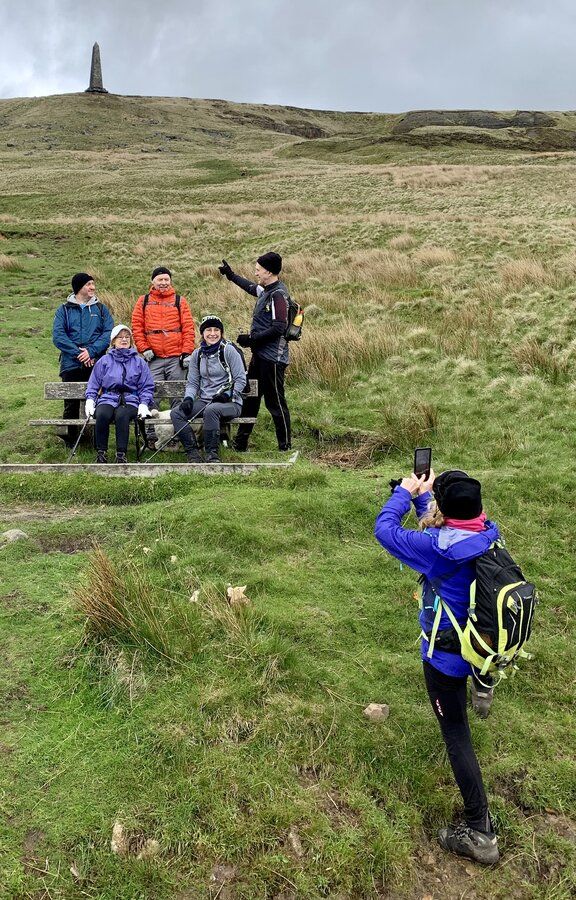 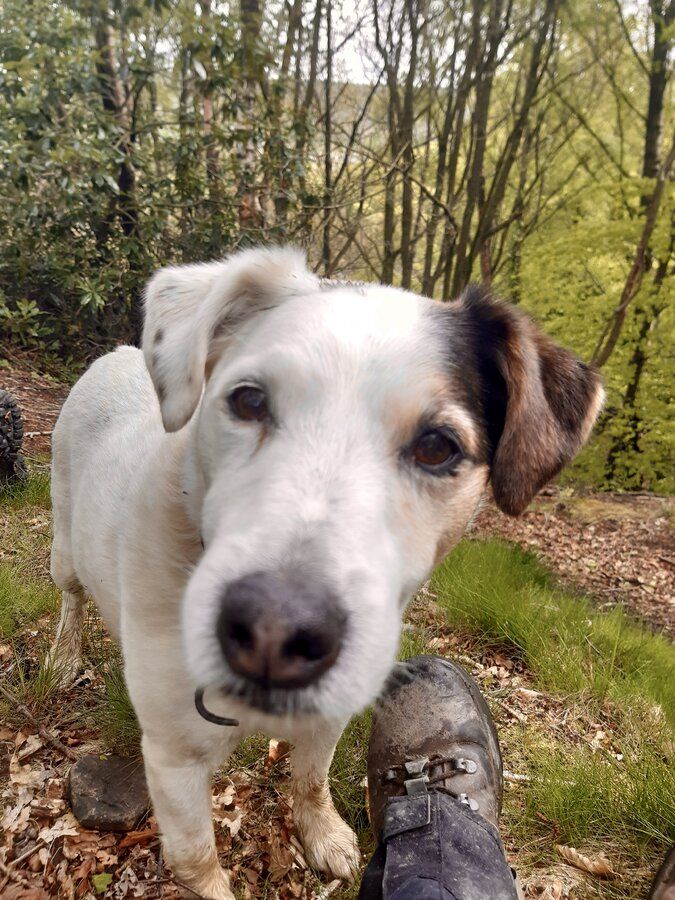 Yes, we had a good walk together!

Early spots of rain made us think that we might have got unlucky with the weather but it stayed dry for almost the entire walk, and we got a few nice sunny spells as well. It was a bit chilly in the wind hanging around up at Stoodley Pike but a comfortable temperature when walking.

Paul and Mrs B headed back along the canal towpath once we had descended to the valley. The rest of us decided to accompany them as far as Shaw Wood Rd, then go off on the shorter of the two hilly return options. That included footpaths that I hadn't done before, from Pex Tenements to Cross Stone Rd, and from Cross Stone Rd to Priestwell.

We had a natter in the car park back in Tod before saying our farewells. 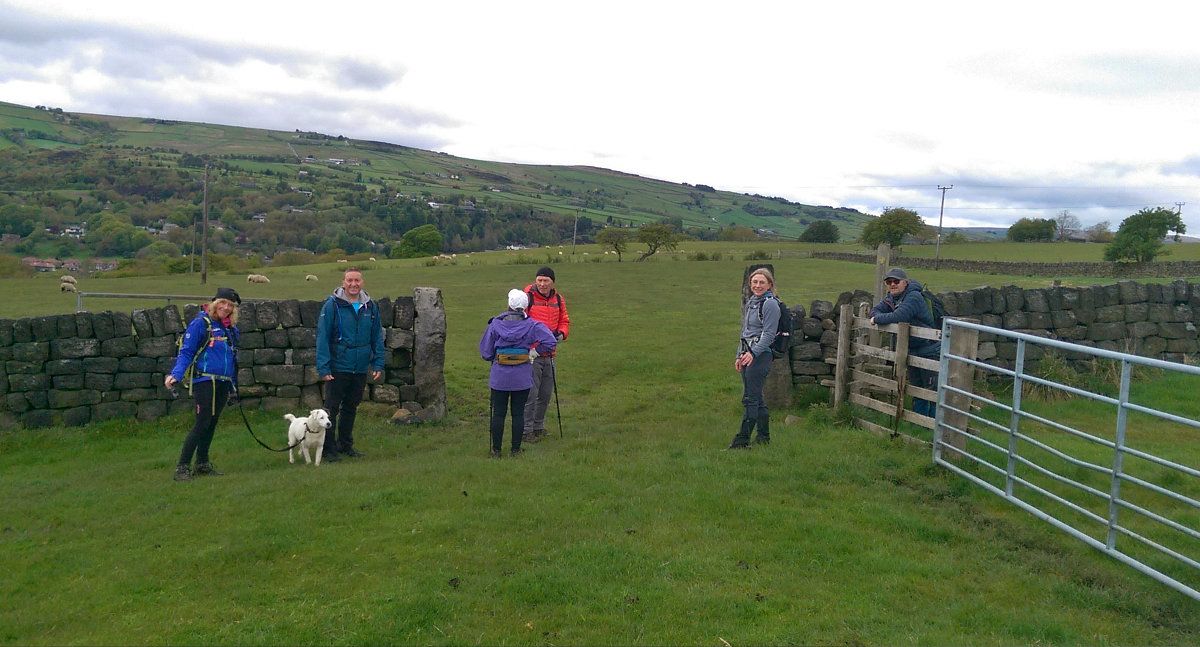 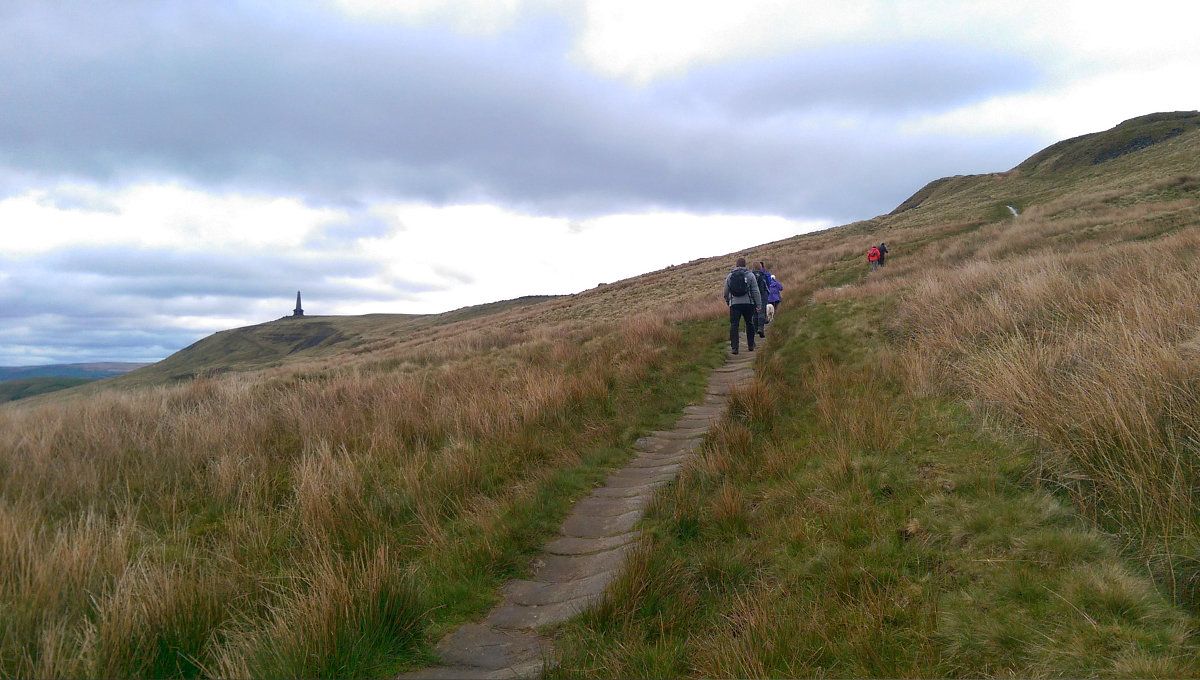 Harvelin Park immediately below, Todmorden in the distance 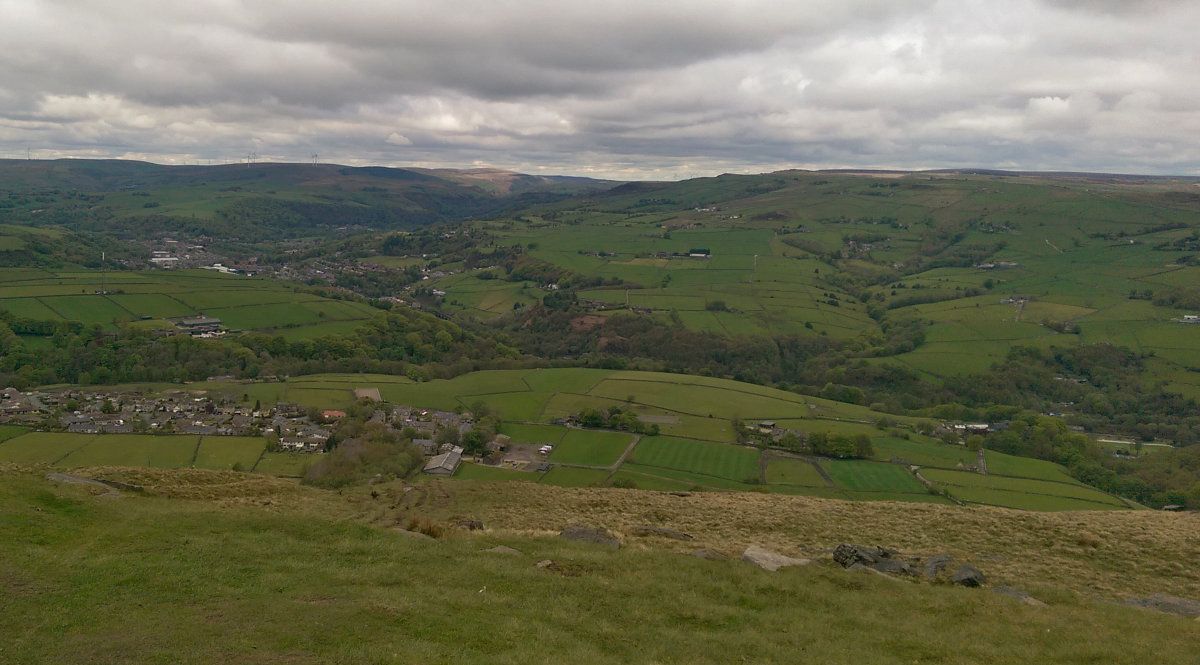 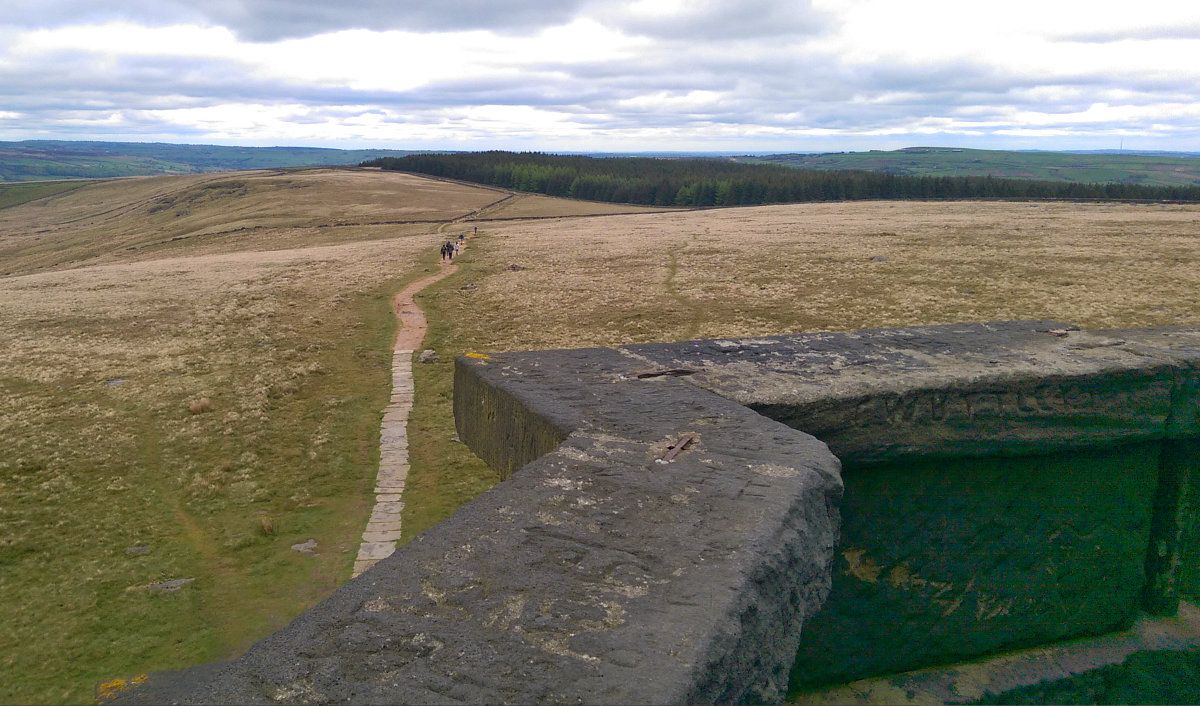 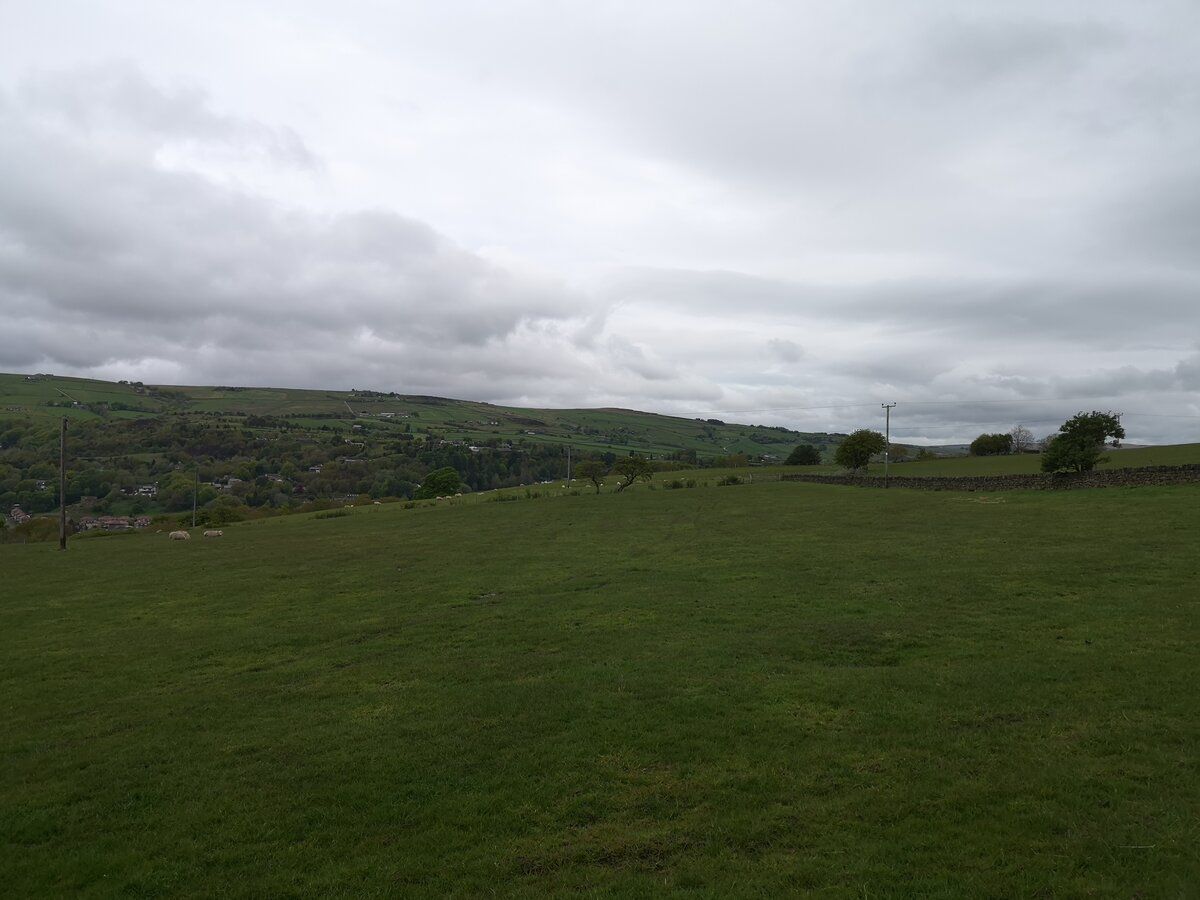 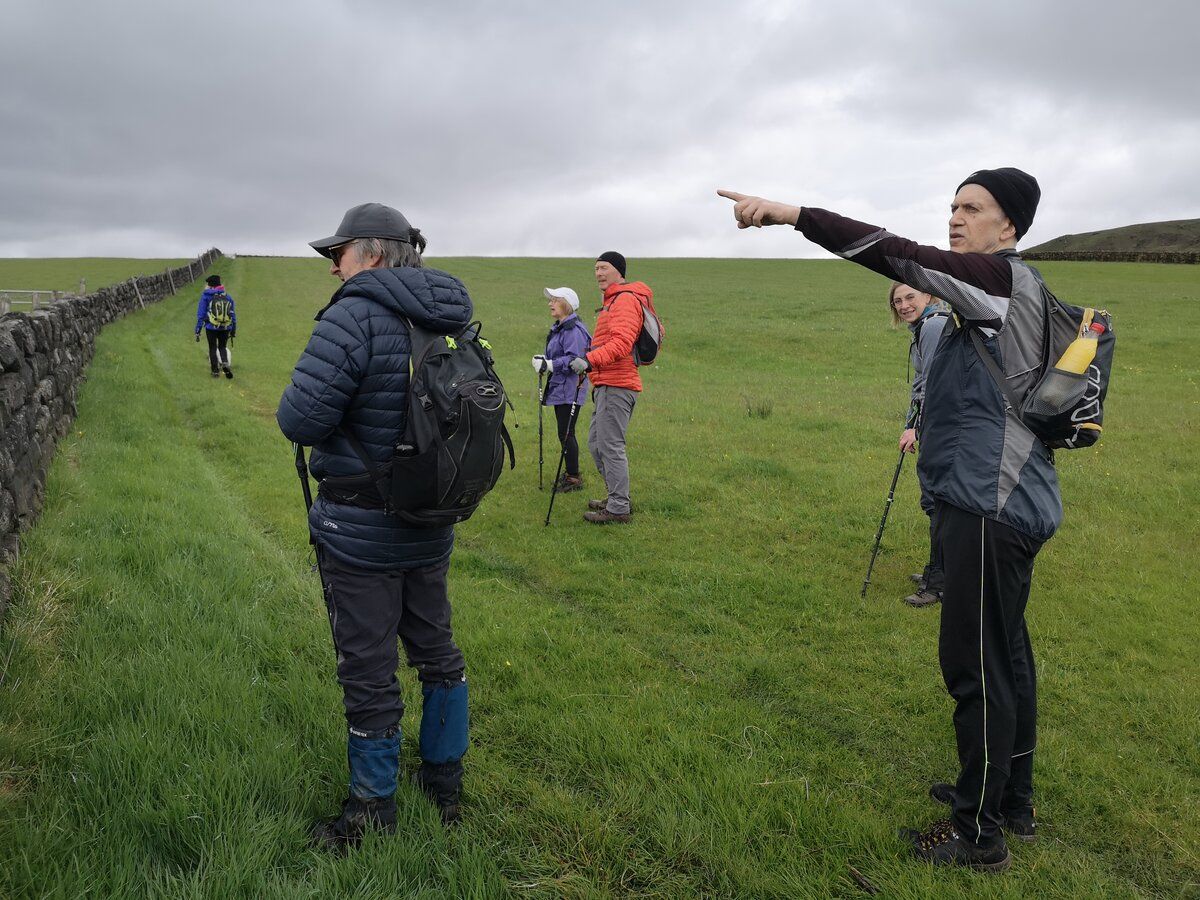 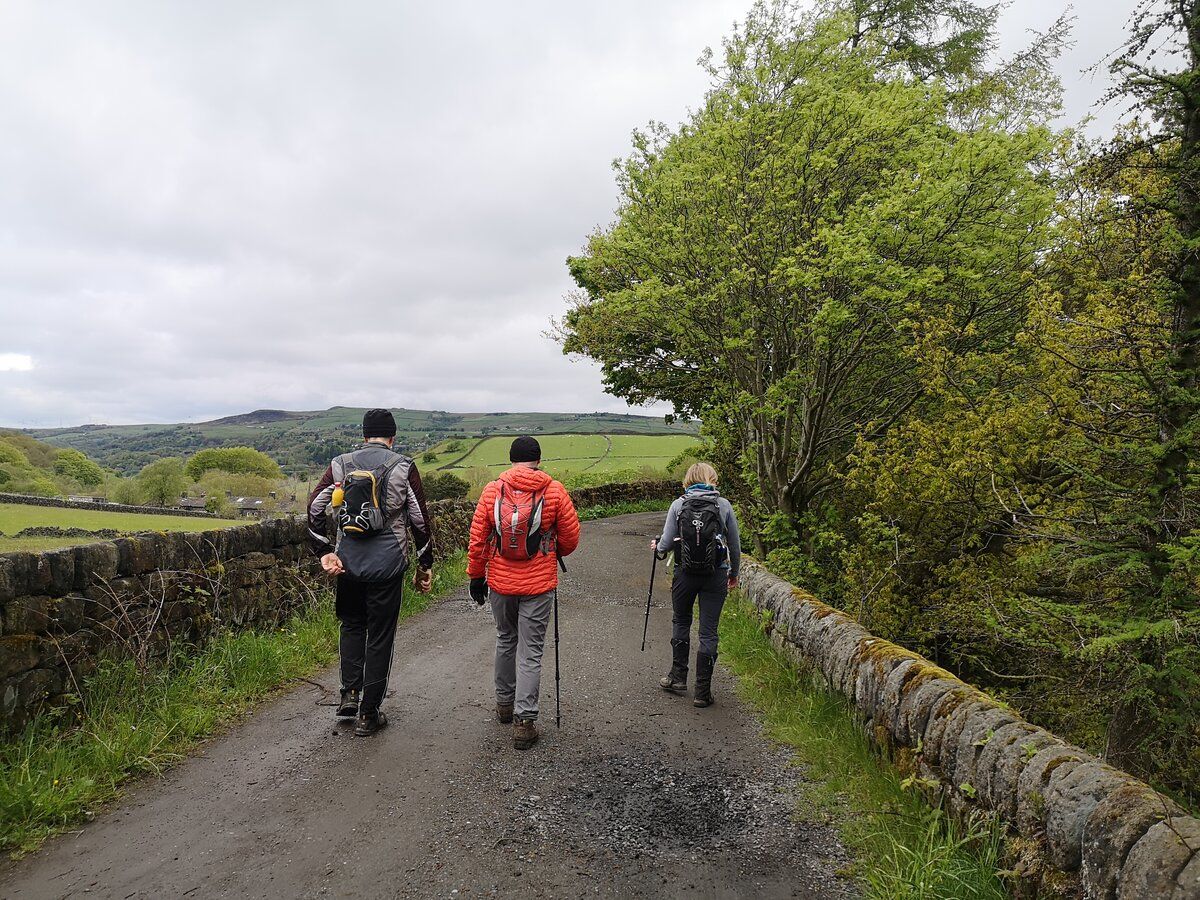 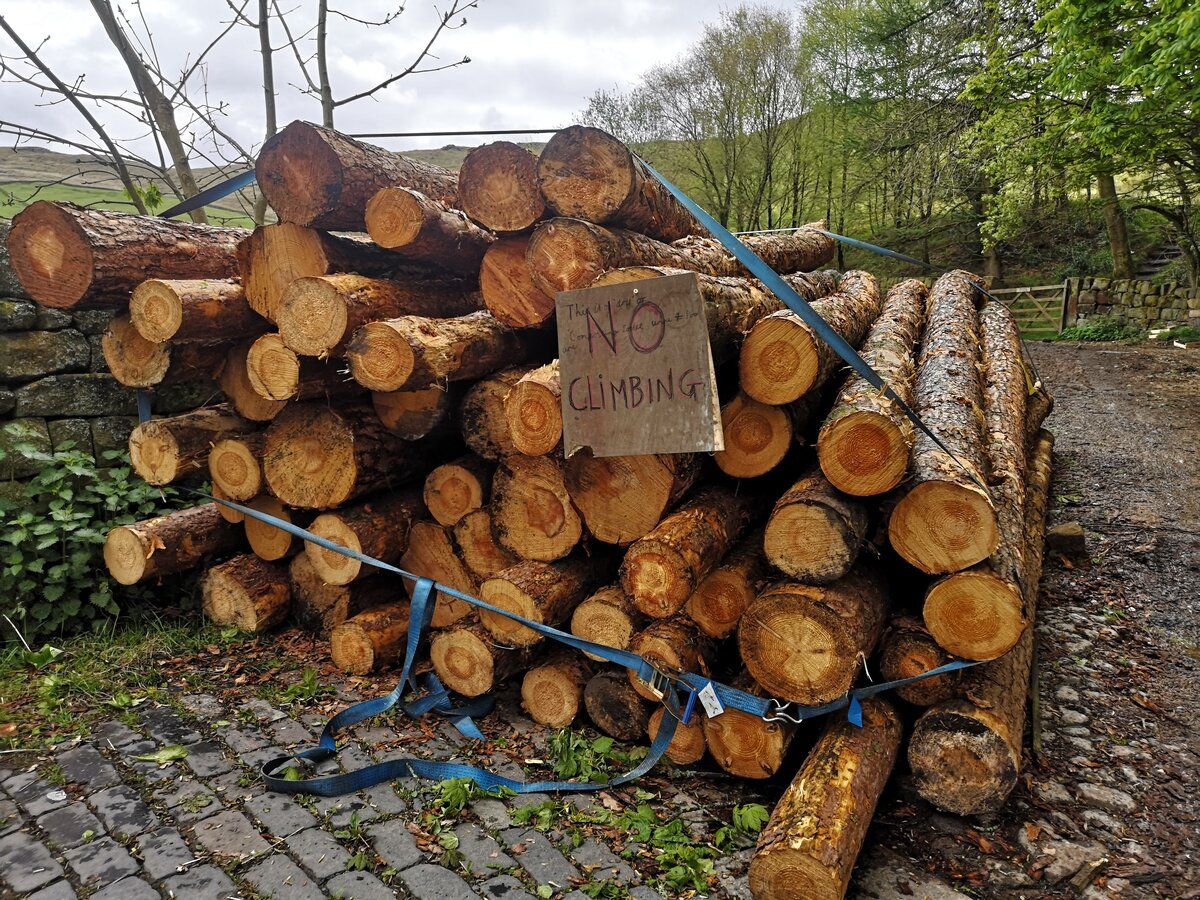 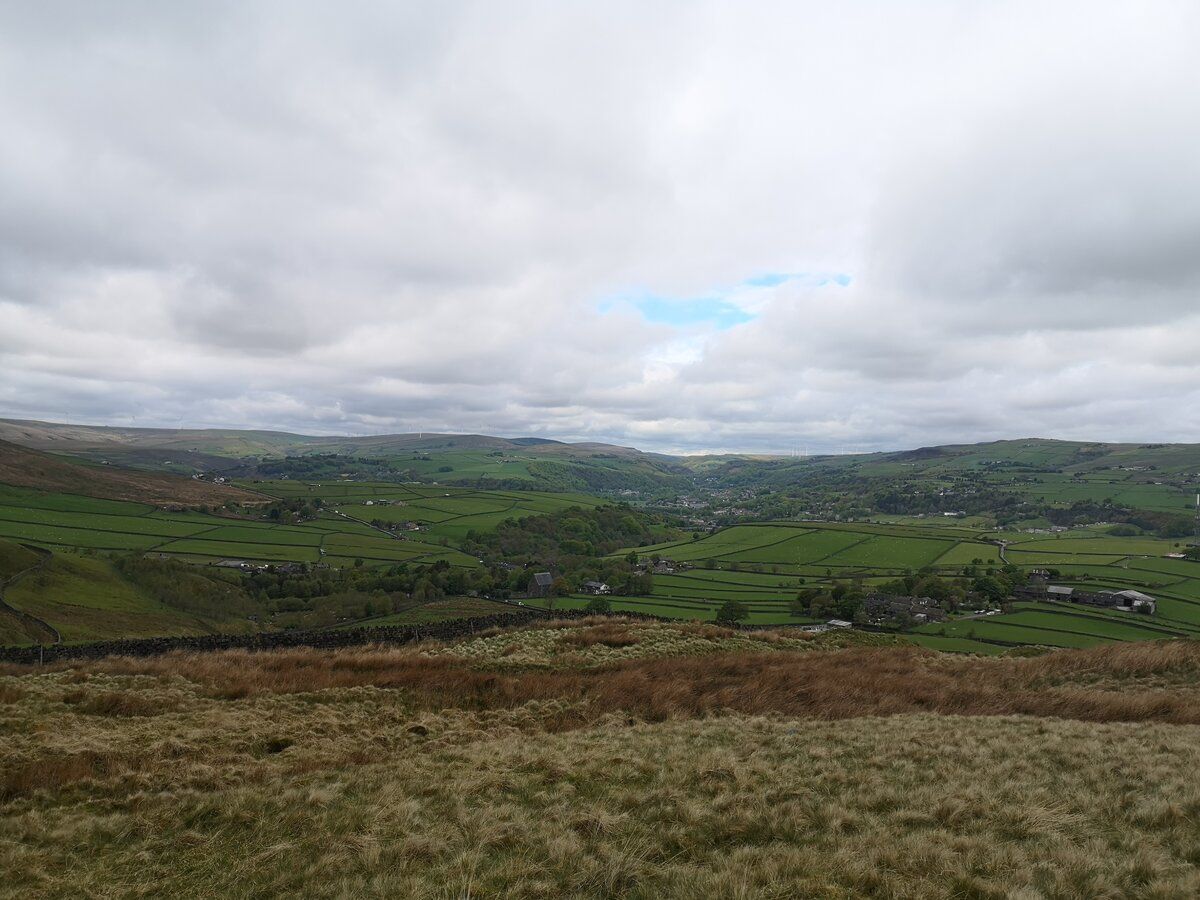 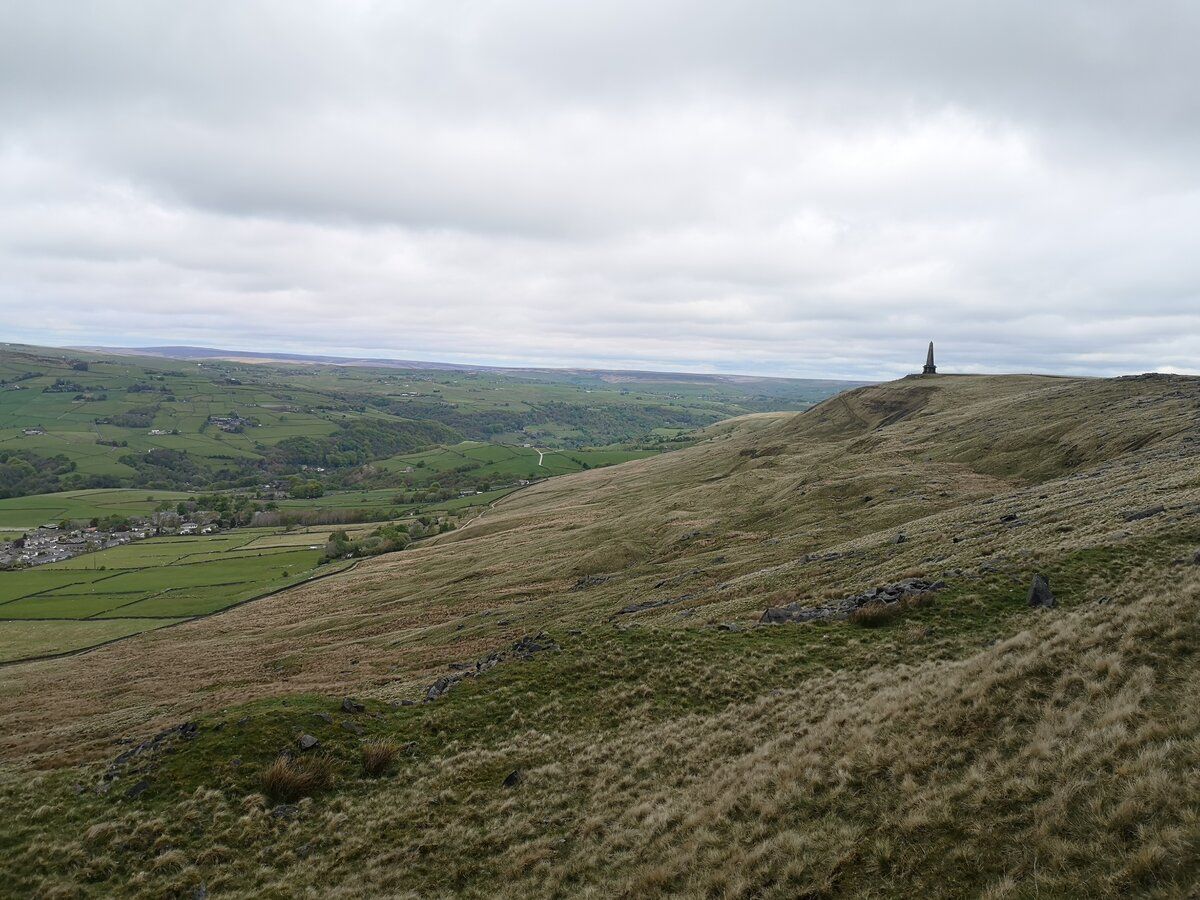 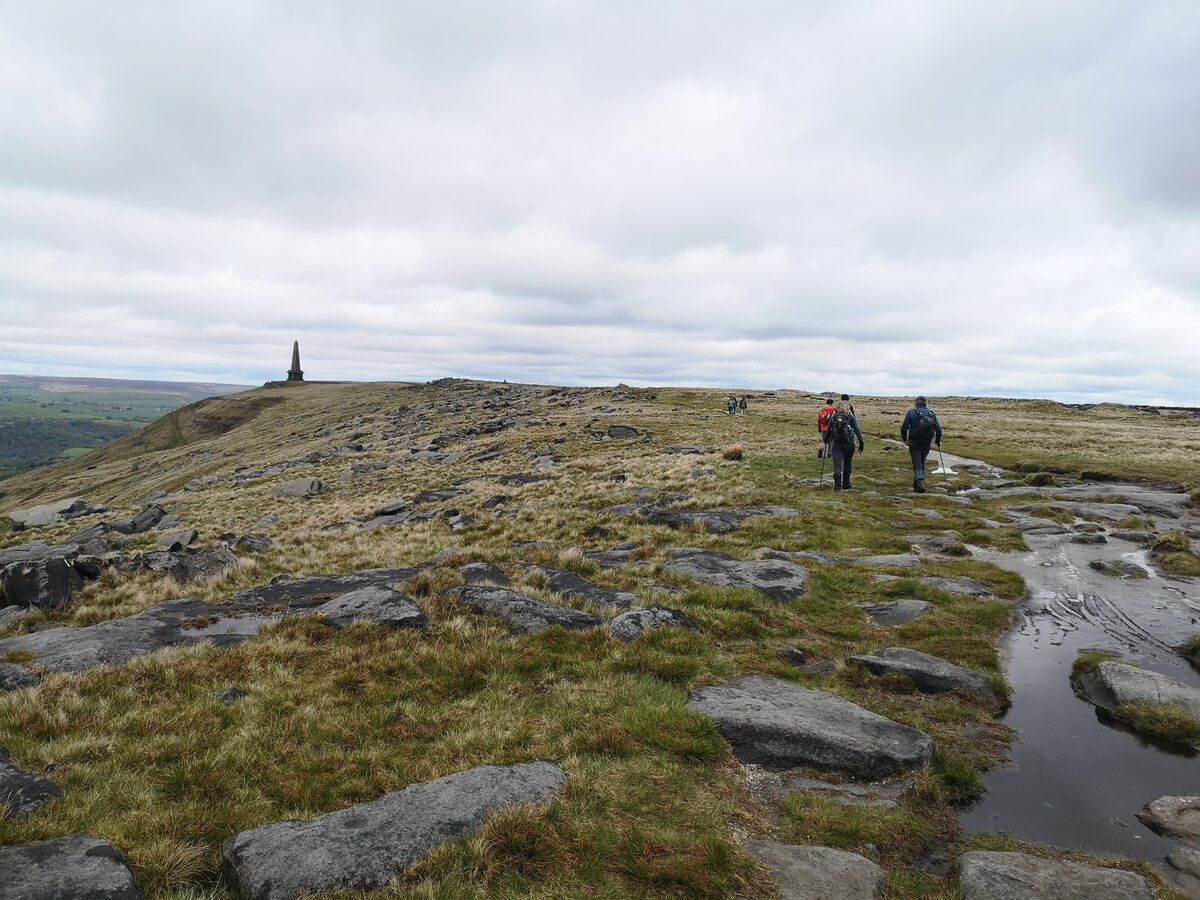 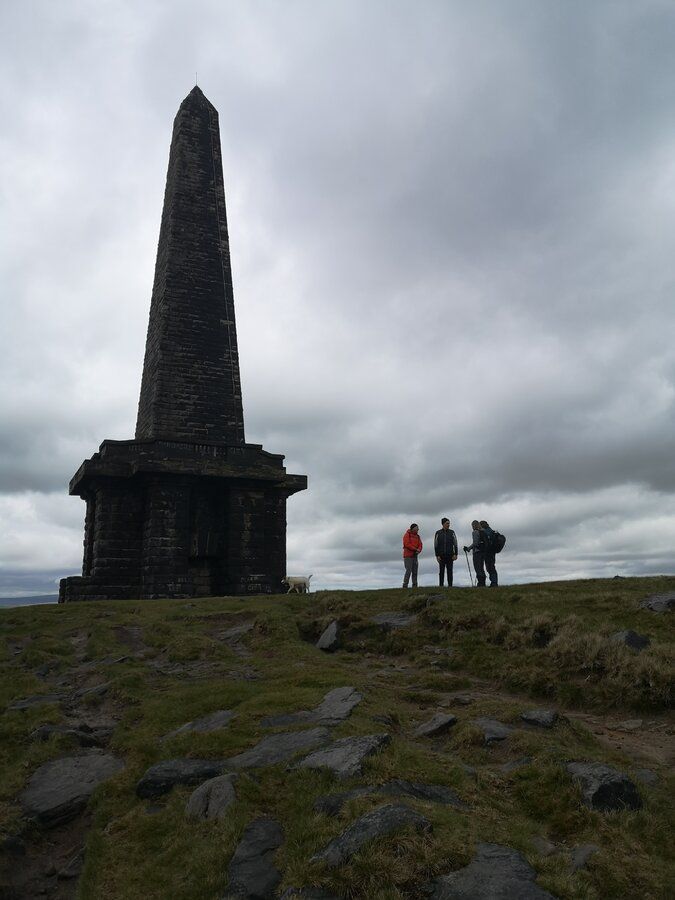 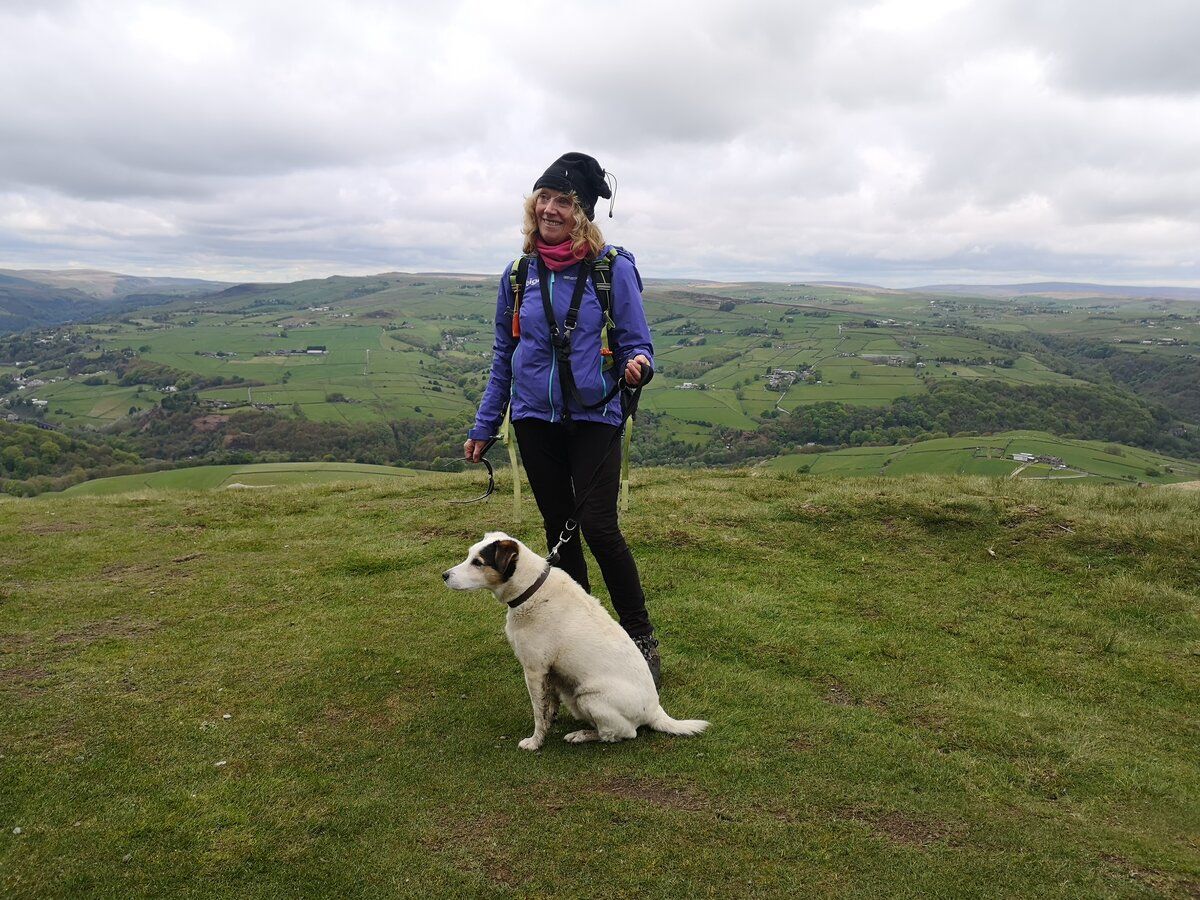 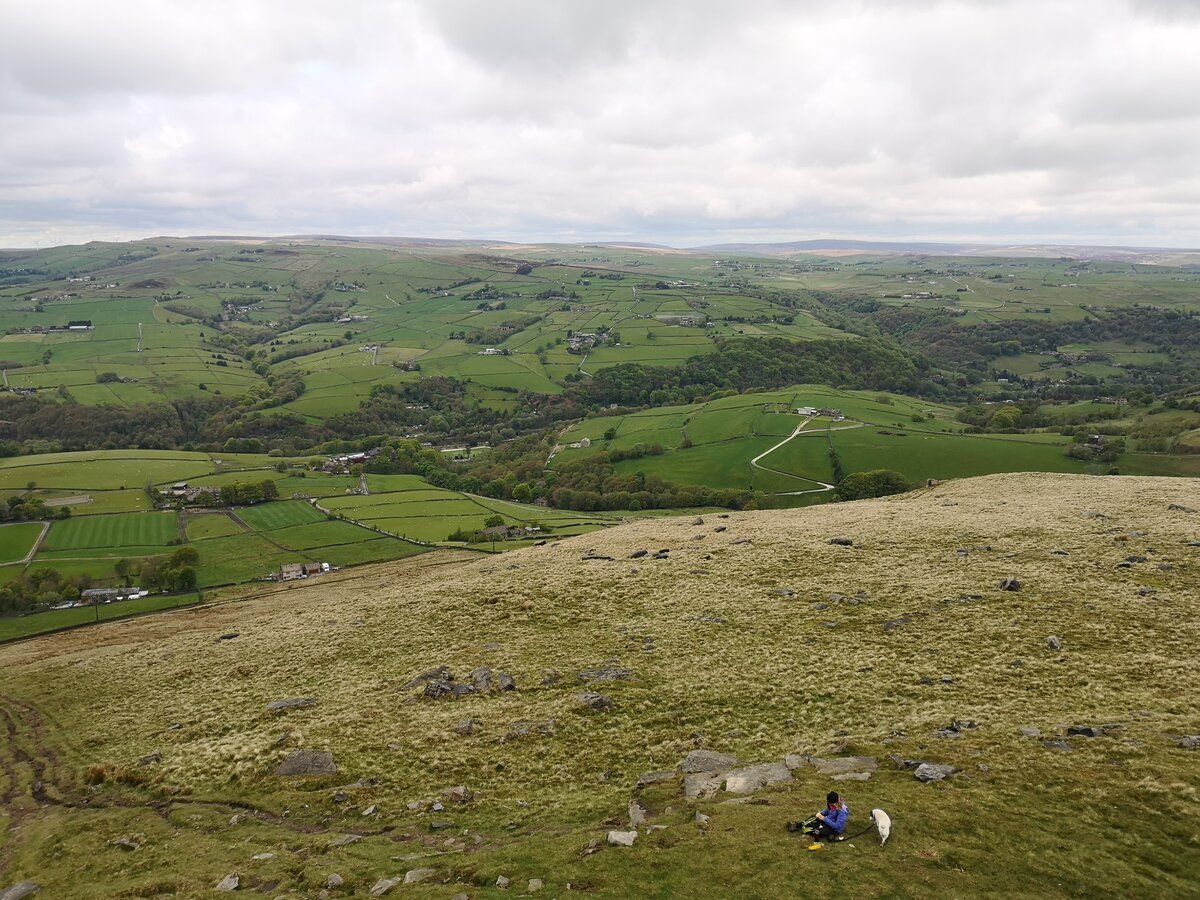 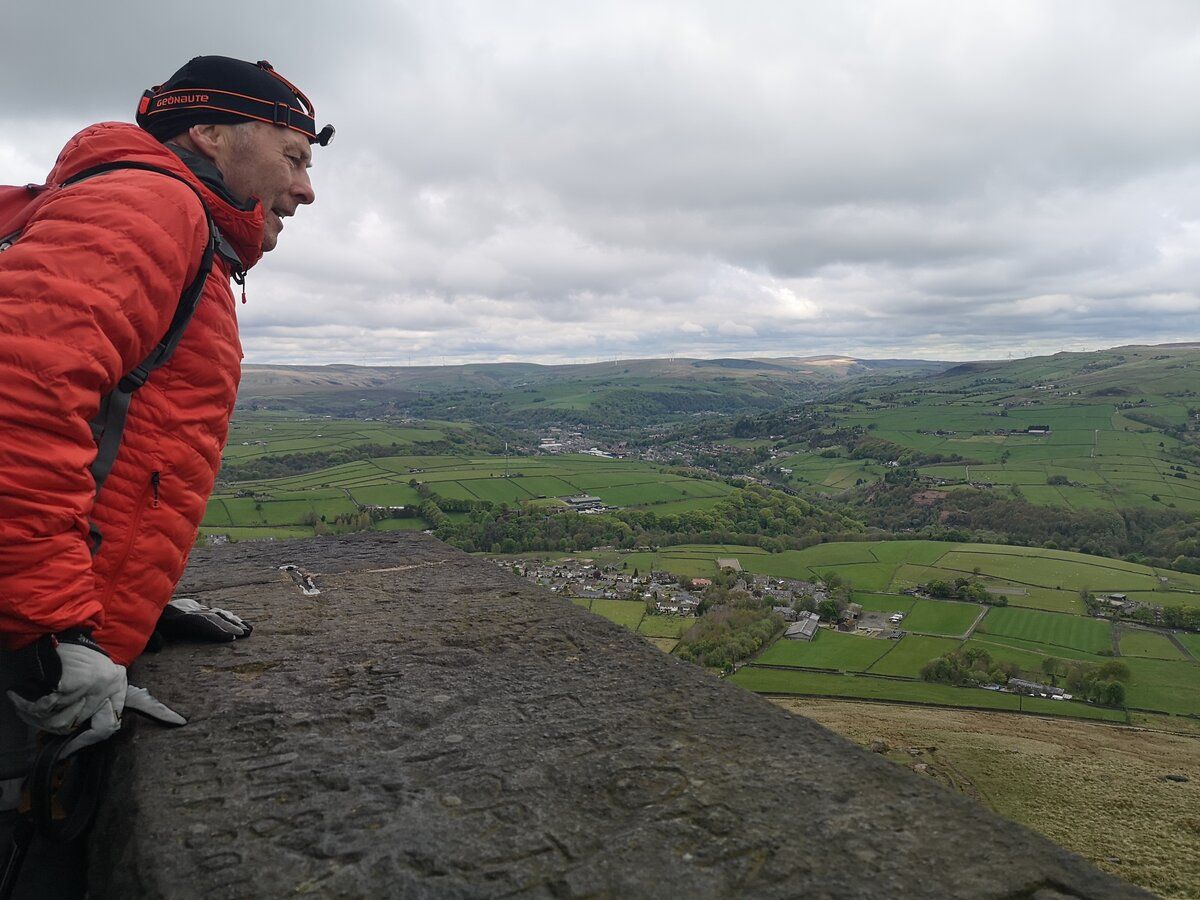 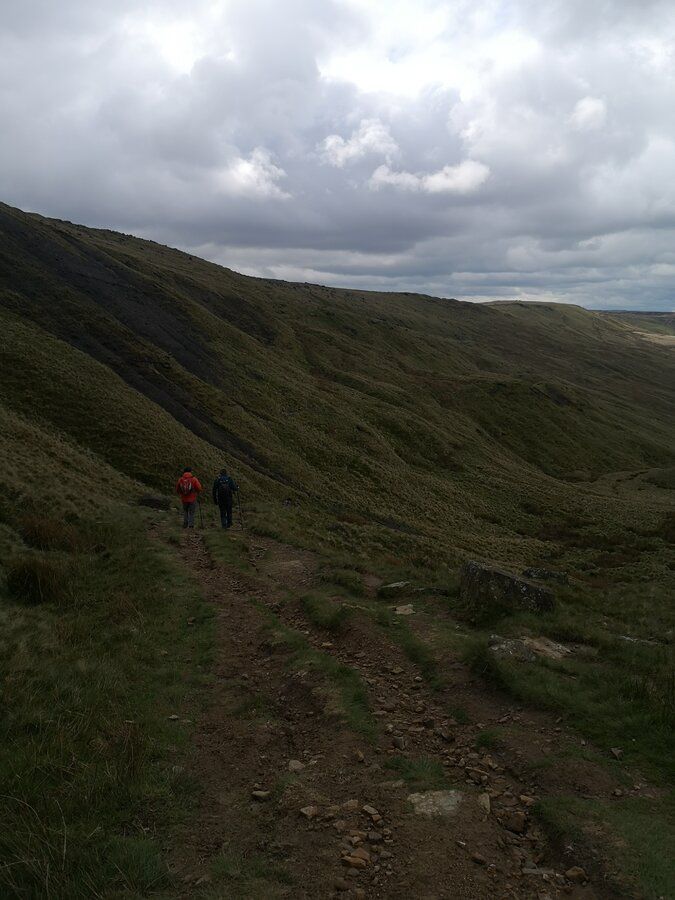 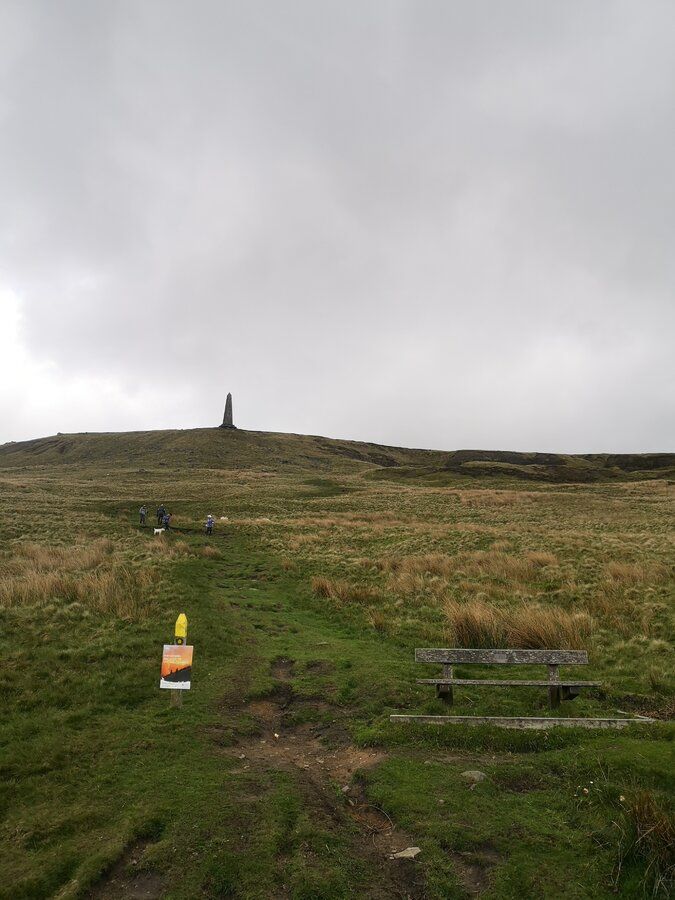 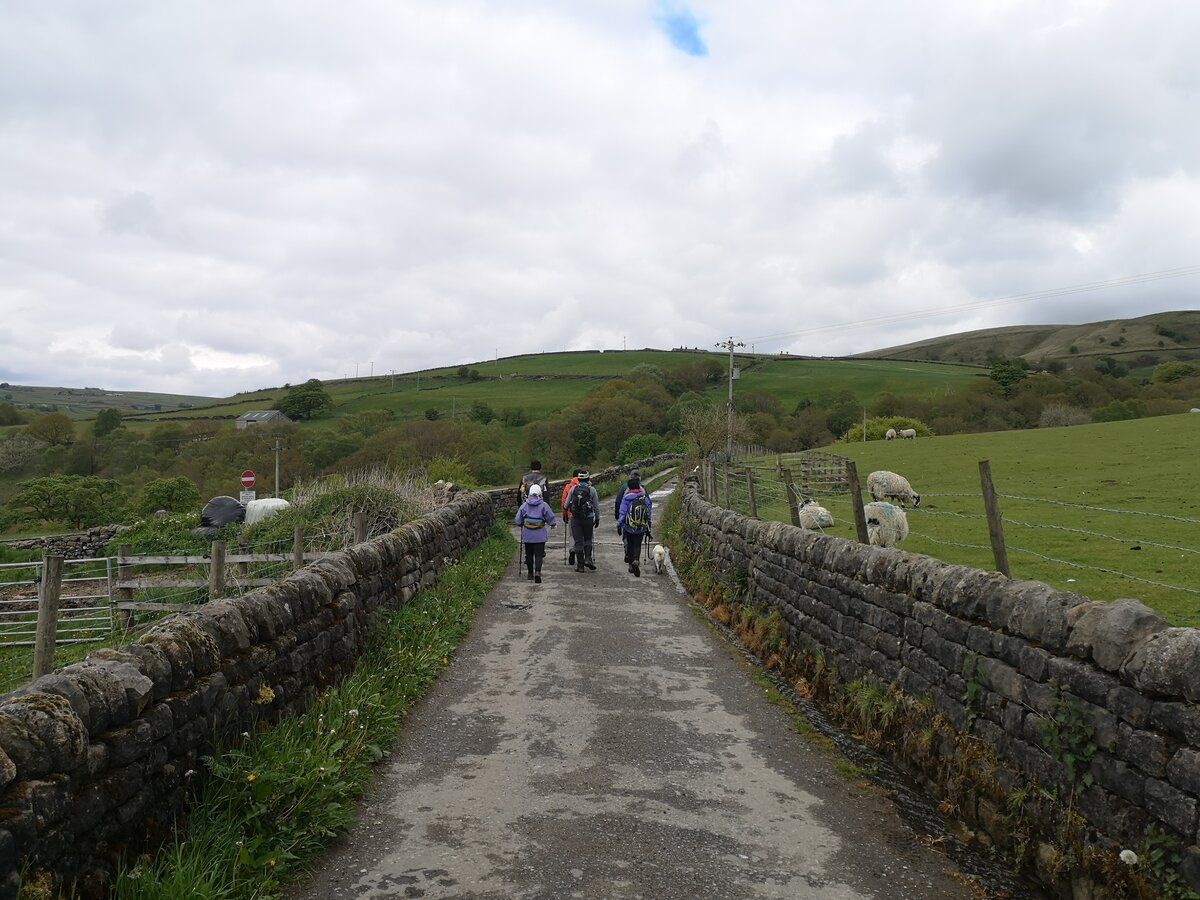 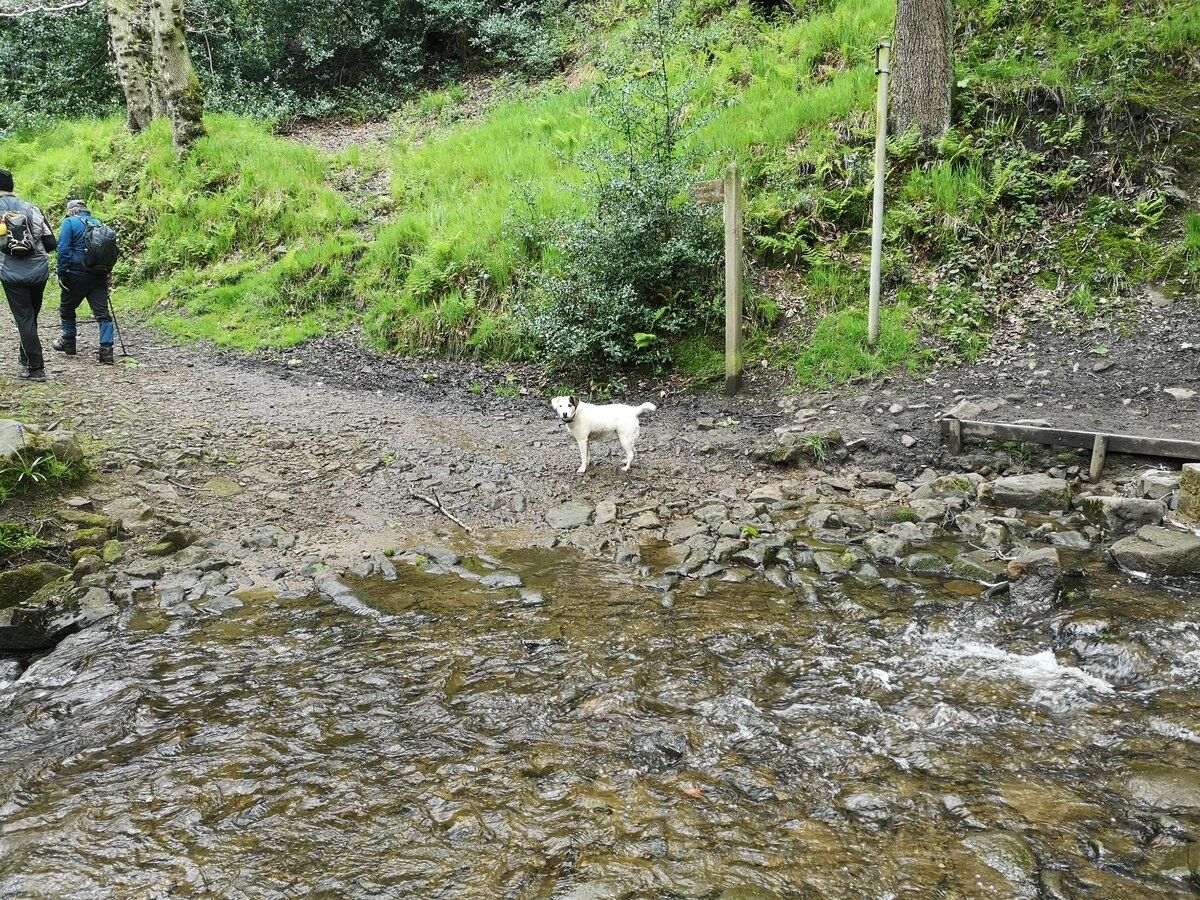 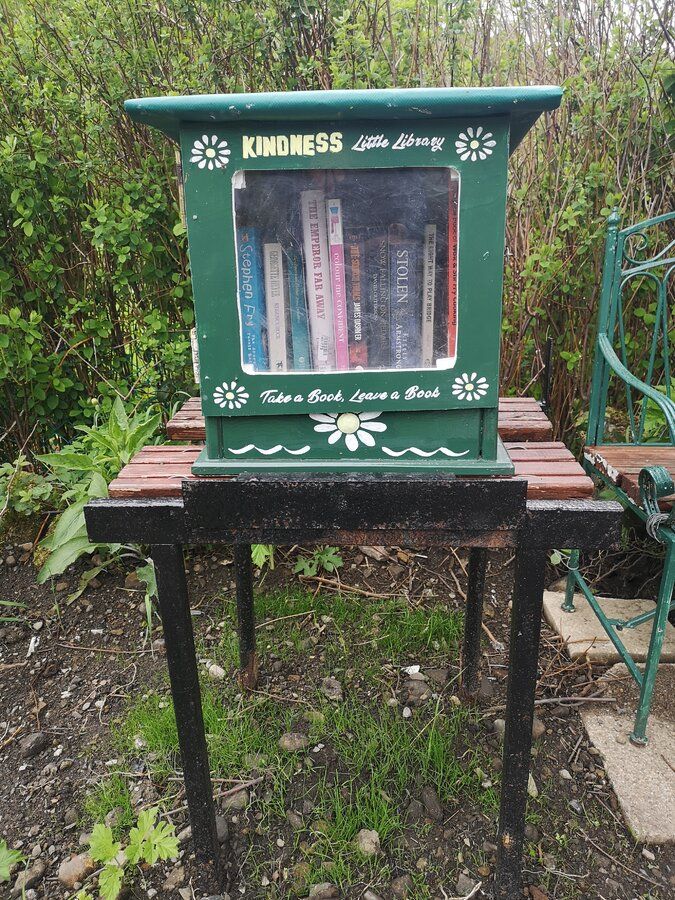 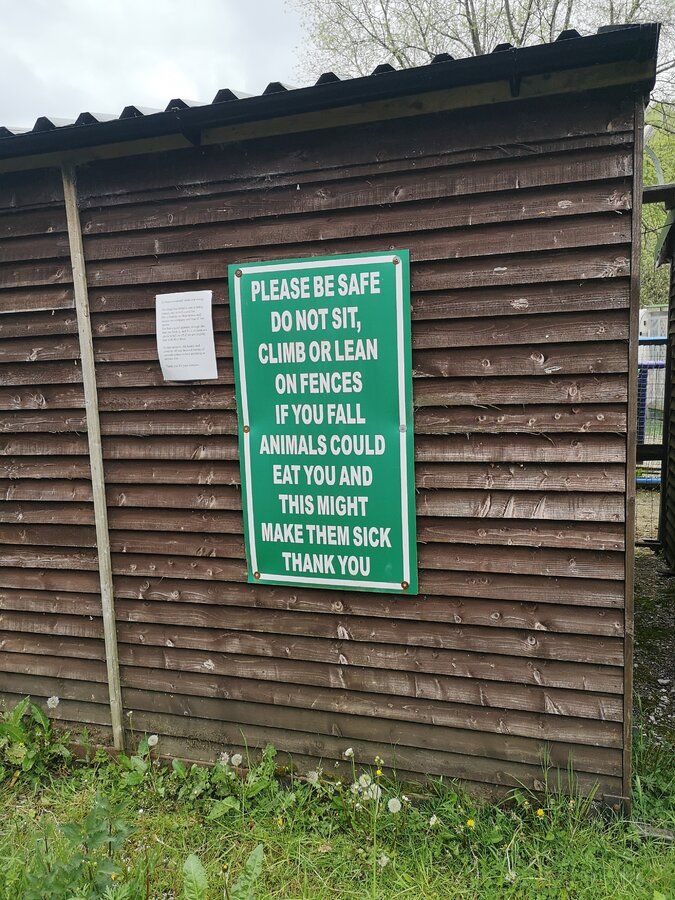 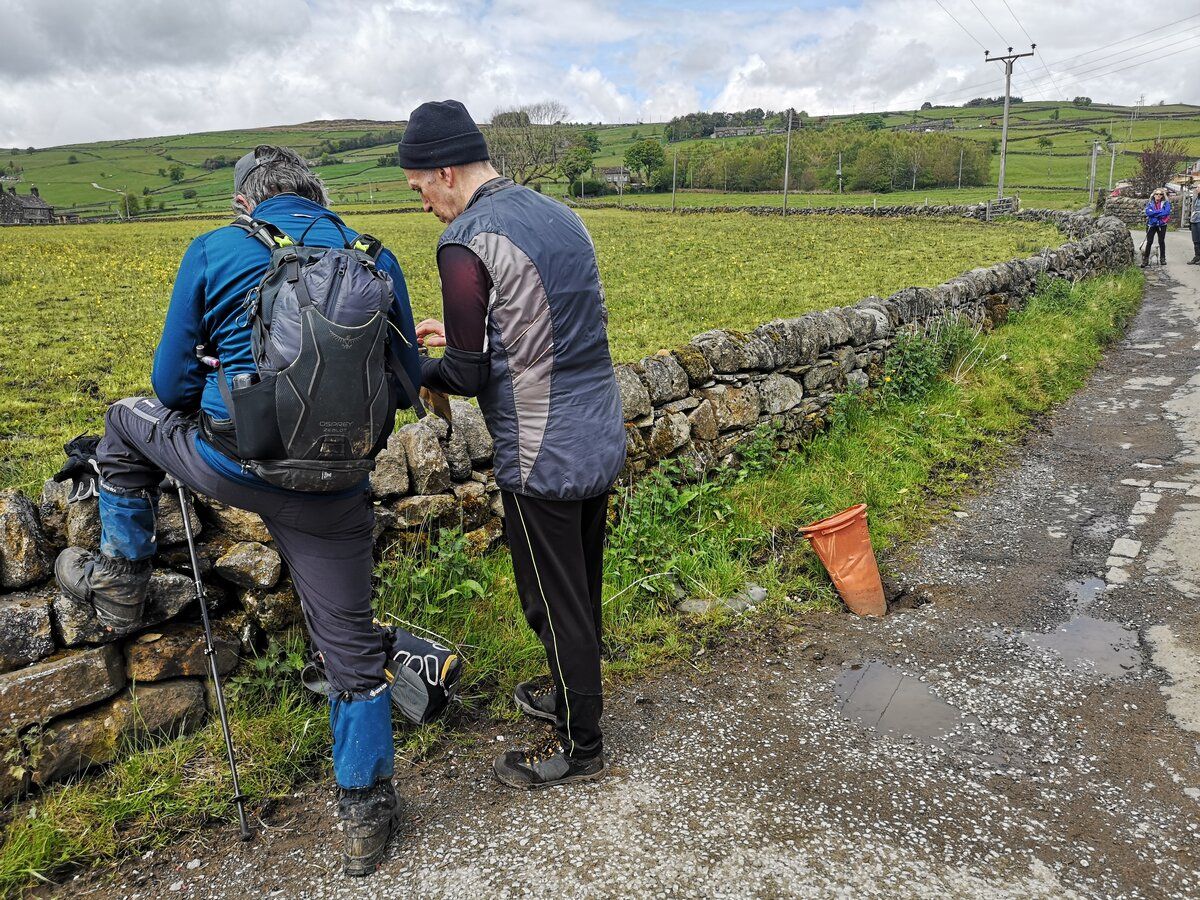 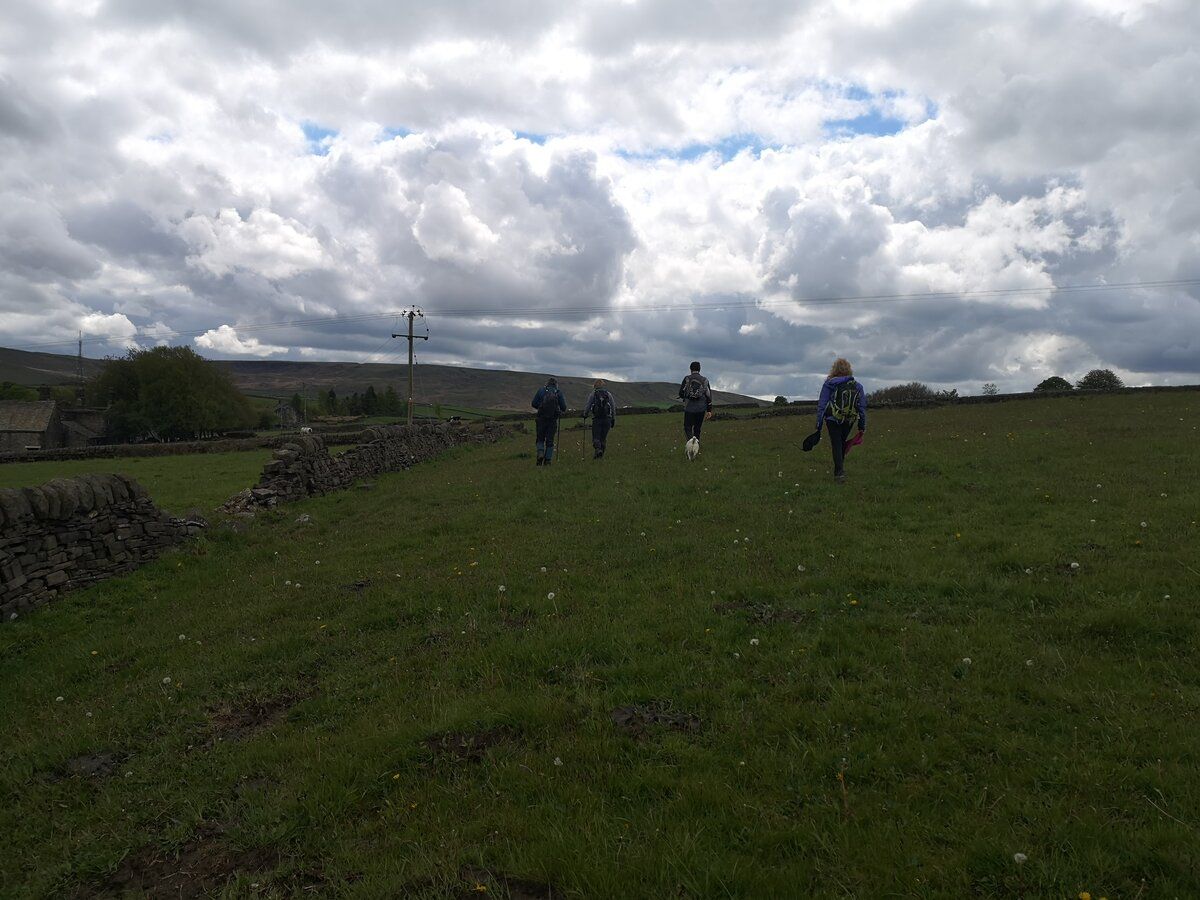 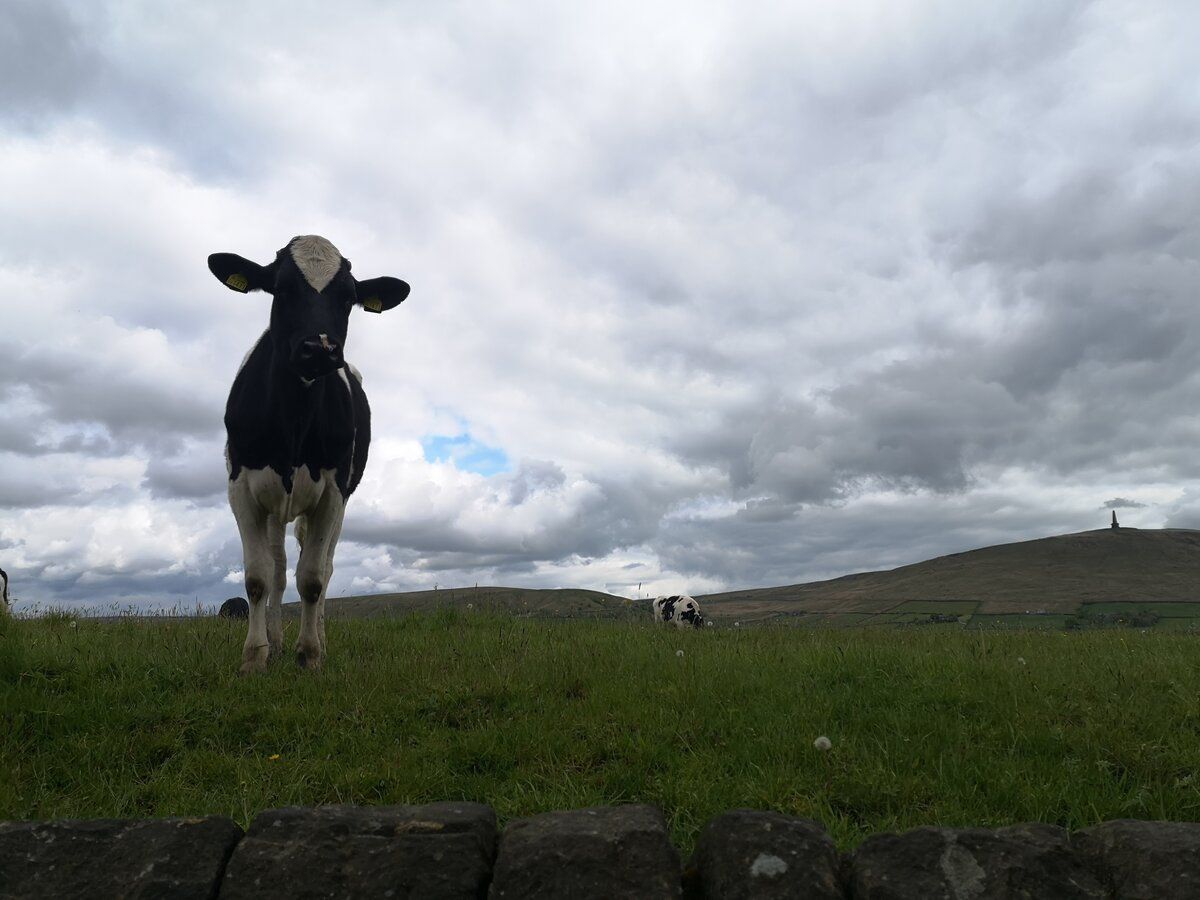 I walked the Pennine Way 35 something years ago, and Stoodley Pike is still strong in the memories. Thanks for the pics.
OP
OP

Nice pictures, but I can definitely see my extra 7 or 8 pandemic kgs!

The Cow and Pike would make a good name for a pub! 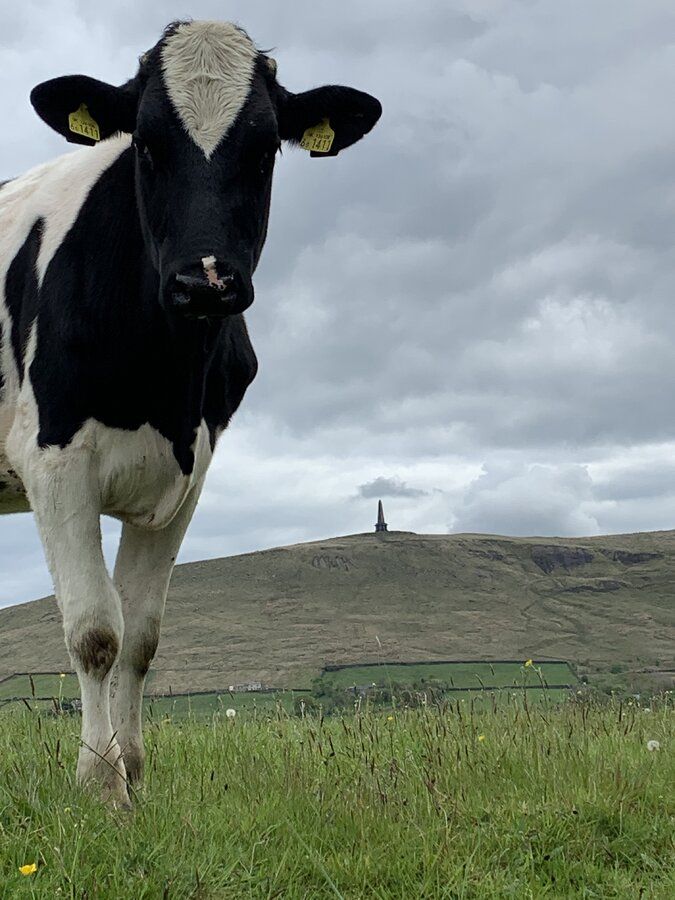 Thanks to all of you for a great day out yesterday. A bit of a shame I had to pull out before the end but I was glad I did this morning with my hip - which I've had a problem with most of this year - aching like I've banged it into a rock. I was fortunate to have medical back-up with me and her treatment consisted of instructing me to man up and stop moaning about it.

ColinJ said:
I think my legs will pack up even after this shorter walk!
Click to expand...

So how were the legs the day after?

I managed a 13 mile mtb ride the next day, my longest since I returned to cycling a few weeks ago

potsy said:
So how were the legs the day after?
Click to expand...

My legs were still sore this morning!

It is definitely true that different activities stress the muscles different ways because I nipped out on my singlespeed bike earlier and had no problems at all. I hobbled over to the bike, but once I mounted and started riding, I was fine. The interesting thing is that having done the ride and had a shower afterwards, my legs now feel really good. I can only think that the muscles needed to be stretched again to get the tension out of them.

Well done on the MTB ride. Depending on the terrain, I used to rate MTB routes as being equivalent to 1.25 (e.g. towpaths) - 3.0 ('rocky and/or rutted') x the distance on the road.
You must log in or register to reply here.