Is it just me that doesn't like the Brompton?

I bought one of these last week via cyclescheme and I'm hugely disappointed. I have been riding a Tern Uno for the last few months and it is fine. Apart from the magnet which doesn't really hold it together very well, it is a nice bike. First time out on the Brompton I nearly died twice because the pedal hit the ground going around corners, nearly pitching me into the path of oncoming traffic. It took about 3 times as long as the Tern to fold and unfold. There's no stand and, with the bag fitted to the front, flipping the back wheel under resulted in the bike falling over unless I held it all the time. The steering is incredibly twitchy...one hand riding is not really an option.

Try before you buy may be the moral of this tale before spending £1100 . It should be quite easy to find a bike shop that has Brompton demonstrators available to test ride their range of bikes. nomisp

Each to their own, I guess. I've never managed to hit a pedal on the ground on any bike I've ever ridden, folder or otherwise.
Practice with the fold might help, its a matter of seconds after a few goes, I find it is the unfolding, fiddling with the clamps, that takes a tad longer, but my Birdy & old Dahon have their own idiosyncrasies with un/folding too.
Why would you need a stand? The rear end flip is designed to do that job.
Never had a problem with mine falling over even with a fully laden front S bag, I guess the terrain might have something to do with it? Twitchy, I guess, it is a small wheel but mine is no more twitchy than my 18" Birdy nor any more skittish than my 700x23 @ 110psi roadie & after a few runs, you'll not notice.
One handed riding is quite doable (S type flat bar here), I've even managed as much of a trackstand as I can make on my other bikes. I'd suspect tho if you're throwing it around to the degree you're whacking the pedals off the ground, you may be riding it rather vigorously and expecting too much from it out of the box, the ride takes a few trips to get to be second nature.

If you really don't like it tho & the shop won't assist in any way, you've got a very slowly depreciating asset on your hands with a vibrant 2nd hand market for when you can sell it on, or immediately if your CS allows/won't notice.

Sell it on ebay they sell well.

Next time do a lot more research and you won't feel ripped off. It sounds like your mistake and not Bromptons.

Girl from the North Country

I couldn't ride mine one handed for the first few rides. It soon gets easier and it's no problem now. No problems with the fold with a bit of practice - I often have an amazed audience! - I've never tried to fold any other type, but most don't look as small as the Brompton when folded.

I did spend the time/money to rent one for a test ride though so I was fairly sure I would like it.

You will resell for great money. But I have one (also a Dahon) and the Dahon has not seen the light of day in 12 mths.

I am not fast and my wife timed me folding the Brompton in 16 secs....and massively smaller when folded than my Dahon

I have never grounded a pedal. Sounds like a tiny adaptation to riding style would help

Agreed twitchy as hell but a heavy S bag helps a lot.

And again no problems with it toppling when in the built in stand position.....

Hmmm.... Shame you're not enjoying your Brompton.

Well no you are not alone. But if you think that was bad you should have tried the first Bickertons! The handlebars flexed in/out and forward/back to an alarming amount and getting out of the saddle saw the whole thing flex like cooked spaghetti! Yet they sold and people raved about them. By comparison the Brompton is a Rolls Royce, but not as good a ride as my Dahon Speed-Pro or even Dahon Boardwalk! Neither of which fold as elegantly as the brompton.

colmac2000 said:
First time out on the Brompton I nearly died twice because the pedal hit the ground going around corners
Click to expand...

You're riding a bike with 16-inch wheels, you're closer to the ground, but surely every cyclist on any bike learns very early on to keep the inside pedal high when leant over hard?

It took about 3 times as long as the Tern to fold and unfold.
Click to expand...

How long is it taking you? Folding/unfolding a Brompton takes less than 20 seconds.

There's no stand and, with the bag fitted to the front, flipping the back wheel under resulted in the bike falling over
Click to expand...

Er, the flipped rear wheel is the stand! And I've used mine with four different bags and it hasn't fallen over yet – not sure how you're managing that!

The steering is incredibly twitchy...one hand riding is not really an option.
Click to expand...

It's easy when you're used to it – I can even manage no-handed if I'm careful (though I don't recommend it).

But people are different. Not every bike is for every person.

I have a bike with a16" front wheel (not a folder) and it took a while to get used to it, so I sympathise with that - but I did get used to it quite quickly. 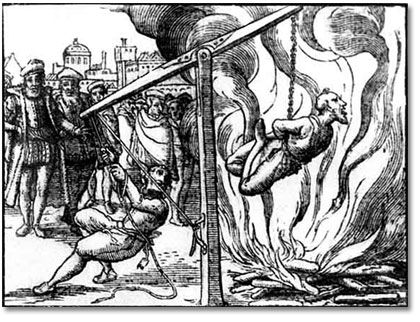 Thanks for the responses. I'm aware that my first post here is a bit negative but I needed to vent

In response to some of the comments - I did try before buying...but just a quick run around the bike shop car park - not really enough to find the issues I have found since picking up my actual bike. I was largely going on the reputation for quality - it just never occurred to me I would have an issue. When I discussed it with the guy in the shop he said nobody else had ever complained about anything to do with the Brompton ever and he has sold about 10 a day for the last 40 years (I may be exaggerating slightly). I'm the first person ever in the history of time to not completely love them, he said.

On the wheel flipping 'being the stand' - yeah...I'm aware that's what you are supposed to do with the Brompton. My experience was that it was unstable with the front bag fitted. Maybe it was on uneven ground, although it was just a station platform. But I guess I find it kind of inconvenient that you have to bend down, release a catch then flip the wheel in order to do anything that requires both hands, where I am used to just kicking down a stand.

Someone above mentioned the flexing of the handlebars on the old Bickerton - I actually thought the Brompton handlebars were flexing quite a lot which gave the whole thing a kind of flimsy feel. The clamp that holds the handlebars on doesn't look very sturdy does it? Although I guess it must be ok if nobody else has a problem.

I suppose a lot of it is the price - if it cost me the same as my Tern (£300) I'd probably just accept the above irritations as the price for having a smaller fold that doesn't painfully unfold into my genitals at inopportune moments (as the Tern has a tendency to do - main reason for looking at the Brompton). But for over £1000? Jeez. OK, so through cyclescheme this is actually costing me less than £600, but even so.

The guy in the shop says I can return it (-10% 'restocking charge') but I need to see if the cyclescheme can be cancelled. Not sure about that.

It's not obligatory to like Bromptons. I can see they are a bit of an acquired taste. @User482 doesn't get on with them either whereas I bought one a month or so ago and after 40 odd years of cycling and a fleet of many fine bicycle think it's the best thing since sliced bread. More smiles per mile than any other bike I've had since I was a kid and getting far more use than I ever expected.
Which model did you get?

Maybe it's worth a bit more perseverance or as TMN says sell it and you'll recoup a large amount of your costs for another bike. Try before you buy though!

All the way to the dentist.
OP
C