Drago said:
How much do you fishists tend to spend on your sticks, string and those little boxes that look likemp porta potties? Im guessing a good few quid in many cases?
Click to expand...

Marketplace/ebay, fishing groups on FB, you can find some bargains on there. I'd say I've spent a couple of hundred on kit for my son. The latest whizbang kit seems to make stuff all difference beyond showing off.

Spent £33 at a local tackle shop this morning - bag of groundbait, some hooks, and a new landing net :-) Yesterday I was really struggling with my old landing net that glides through the water like a breeze-block. So I've bought a new fangled easy-flow one. We shall see if it lives up to the hype.

RoubaixCube said:
When i first got back into cycling many years ago - this was my original idea. Id use the bike to travel up and down the river but it honestly seems like too much faff and another extra 7-12kgs of stuff to carry around that doesnt need to be. Never mind that towpaths are quite narrow and you'll have to stop thievin'bast*rds from stealing your bike while you fish (At least where im from muggings on towpaths are an actual thing)

a more convenient option which ive seen some people do is get an electric scooter. you can fold them up and carry them with you or fold them up and dump them in a bush somewhere when you start fishing as they are low profile and inconspicuous enough not really to be noticed compared to having a bicycle laid out behind you.

I'll probably consider the scooter option too at some stage -- at least when they get cheaper.
Click to expand...

For an electric scooter it would need to be one with bigger wheels than the usual ones seen. The ones with small wheel are pretty much useless on anything other than smooth surfaces. Pricey as well.
Depending on the area how about a canoe trailer behind a bike for carrying rods etc.

Electric_Andy said:
why not? Fewer fish? I thought you could still throw in a line with 6 feathers on and at least reel in one or two an hour? Mind you I'm talking about 25 years ago. Lots might have changed
Click to expand...

In my area sea fishing is pretty well done. We used to get loads of big [ 4 or 5 lbs average] cod, haddock, whiting, pollack and coalfish fishing with lugworm half way between Mull and Tiree. Mackerel with feathers could be got at any of the known spots . Now you can go out and get virtually nothing except perhaps a few mackerel on the way home. Size of fish has also changed and many are put back if possible as too small to bother with. At one time most of these fish could be caught inside Tobermory bay. I used to put creels out for prawns[langoustine to you] and got fair catches for a few years but they have also gone mostly. Scallops which we dived for have also got very scarce due to dredging.

well, its been 5 trips at 3 or 4 different stretches of the same river with a few miles in between stretches. No bites, no follows, nothing at all.

I was considering pouring more money into lures and grabbing a few more but i dont think thats the answer to the 'no fish' problem. I switch lures often but I cant catch what isnt there

My dad who has joined me in quite a few of my trips who was thinking about getting into lure fishing is also starting to think that there is no pike in the canal.

And he was more optimistic than me who was already moaning about it after my second session.

6th trip tomorrow. If i dont get anything then i'll probably pick up the waterway wanderers permit and head down river instead but the issue of it still being the same river could mean i still end up catching nothing at all

Those people really cleaned the lea out

Lovely short session on the club lake this morning. Caught a few nice carp including a 12 minute battle with a lovely common. Didn't weigh it or get a photo as I wanted to get it straight back in - probably a double, which is big for me. Also got a bit of jolt when landing it as my three metre landing net handle - carbon, no less - touched the electric fence that I forgot was behind me... ouch! 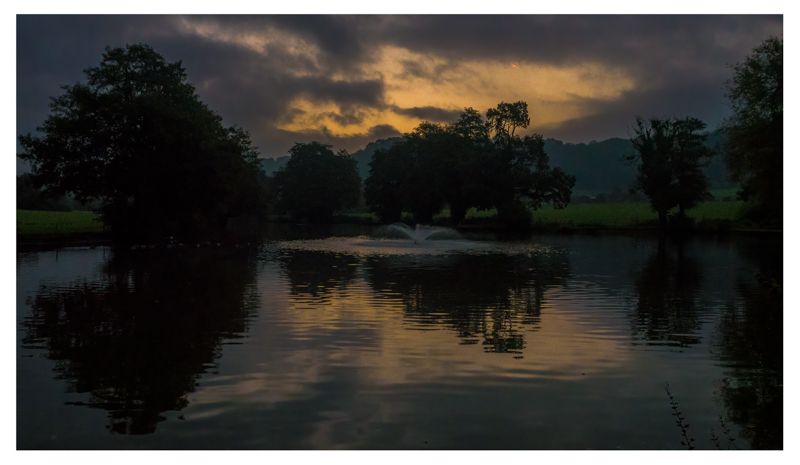