I’ve just read all 52 pages over the last couple days and it is a very interesting and entertaining thread. I thought I would share some of my bikes from the last 10 years, as you can see I basically buy and try anything! 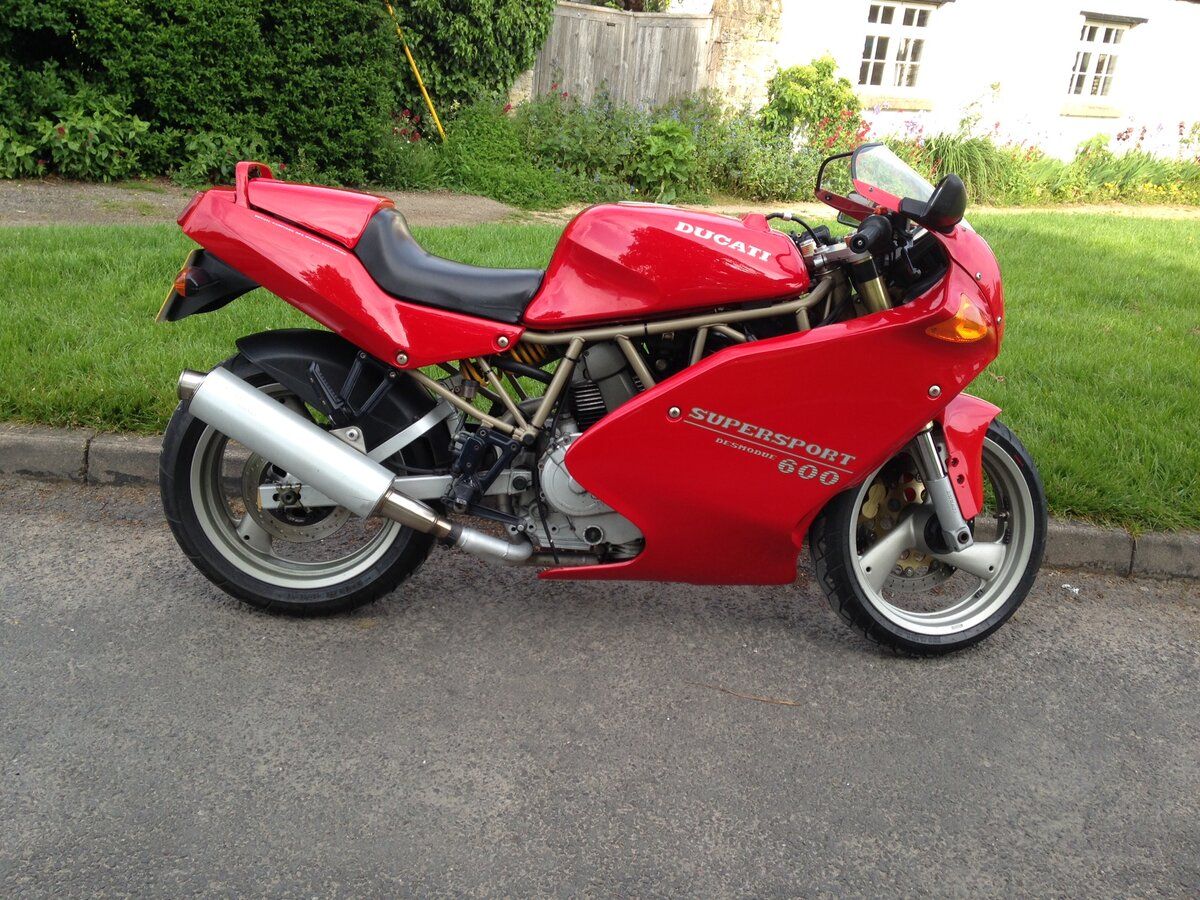 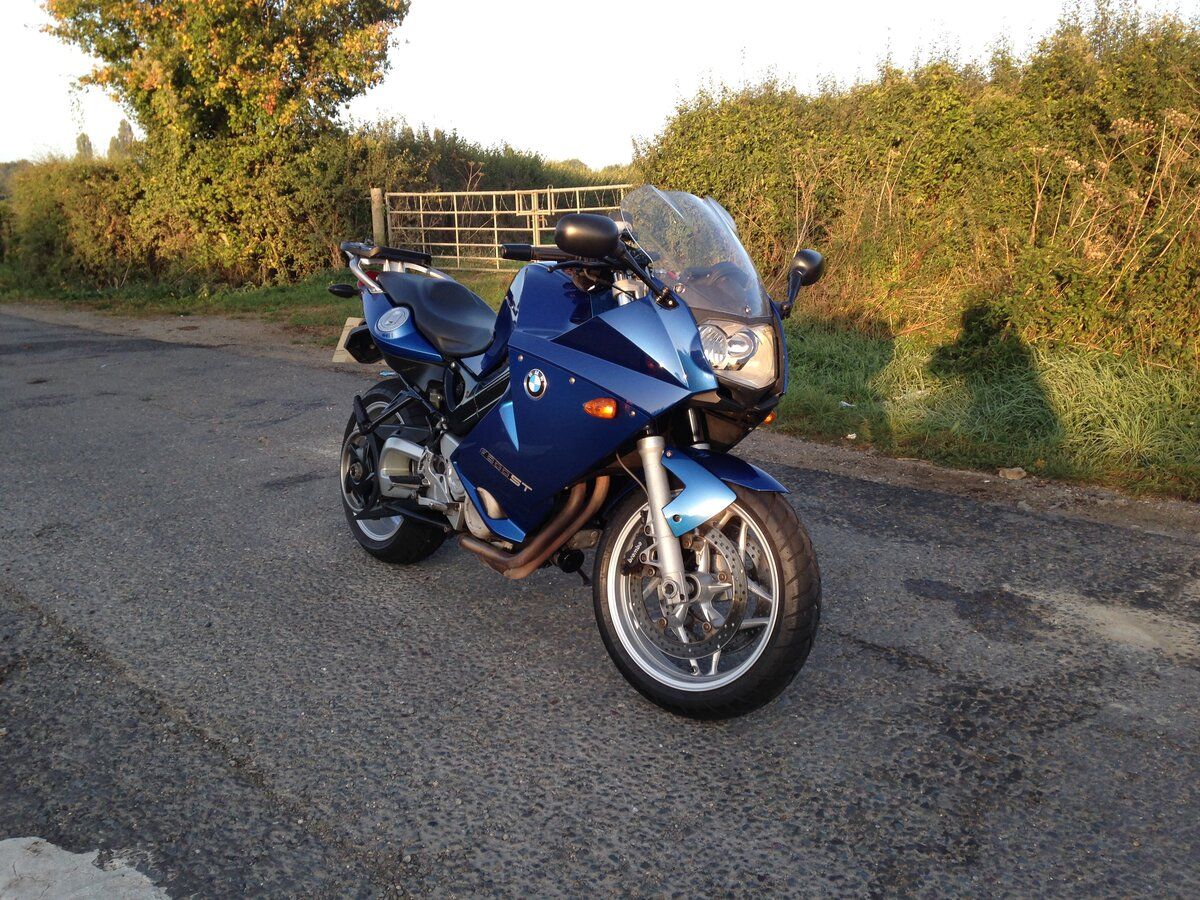 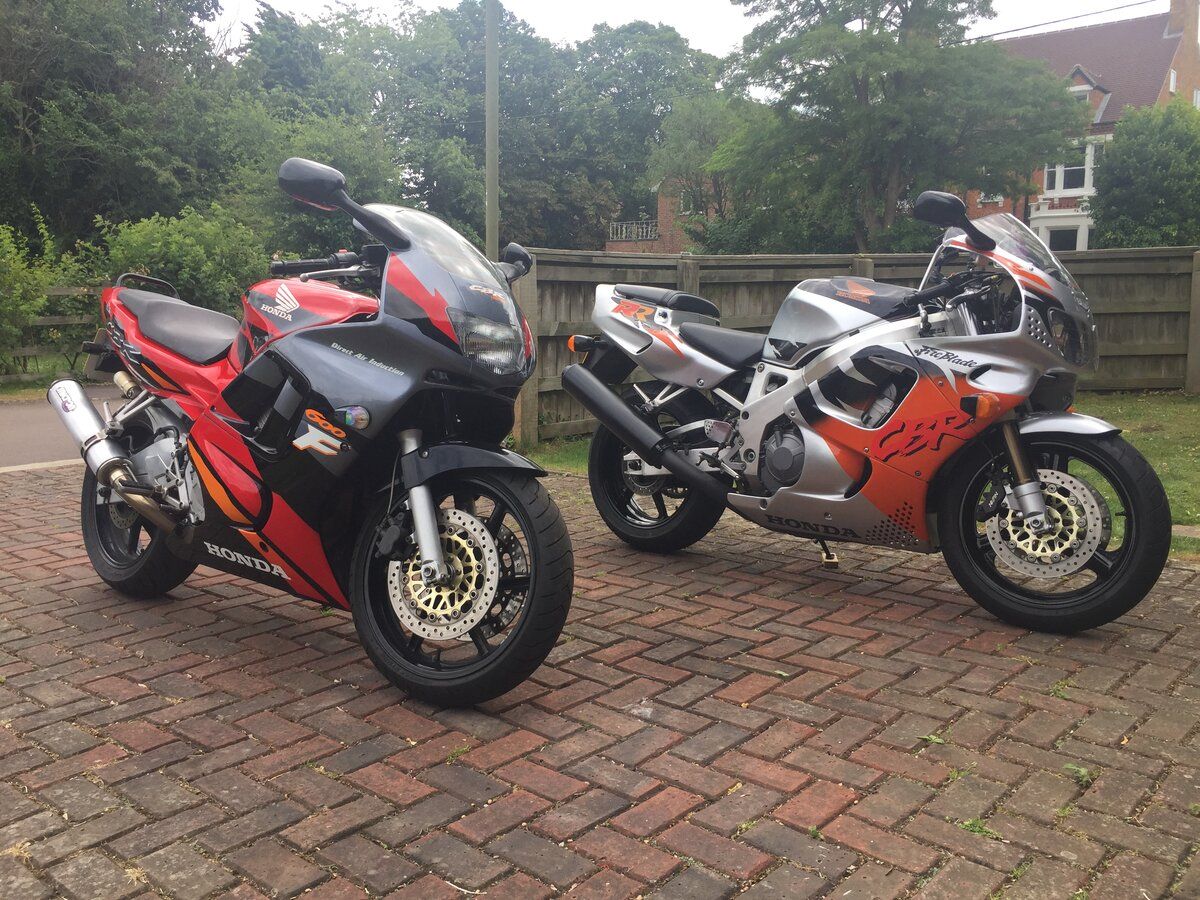 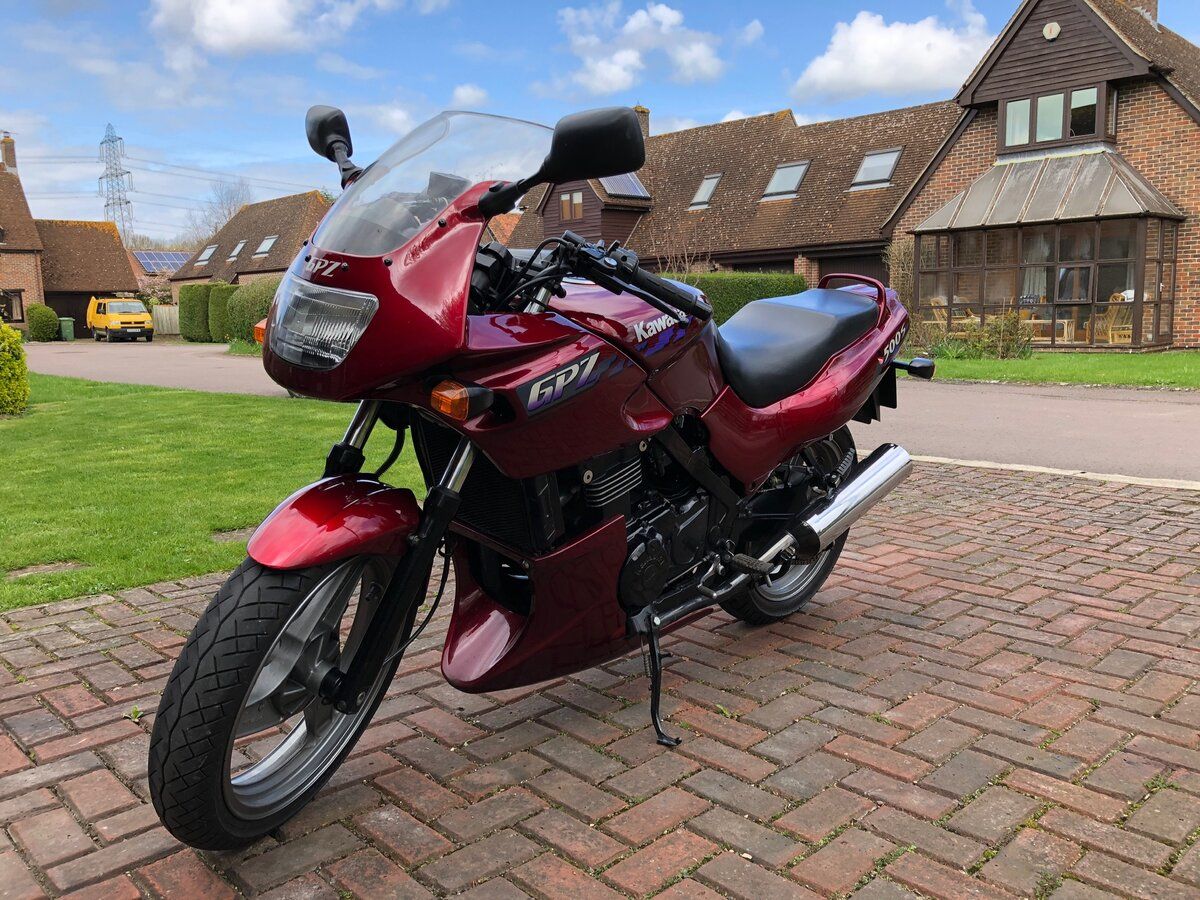 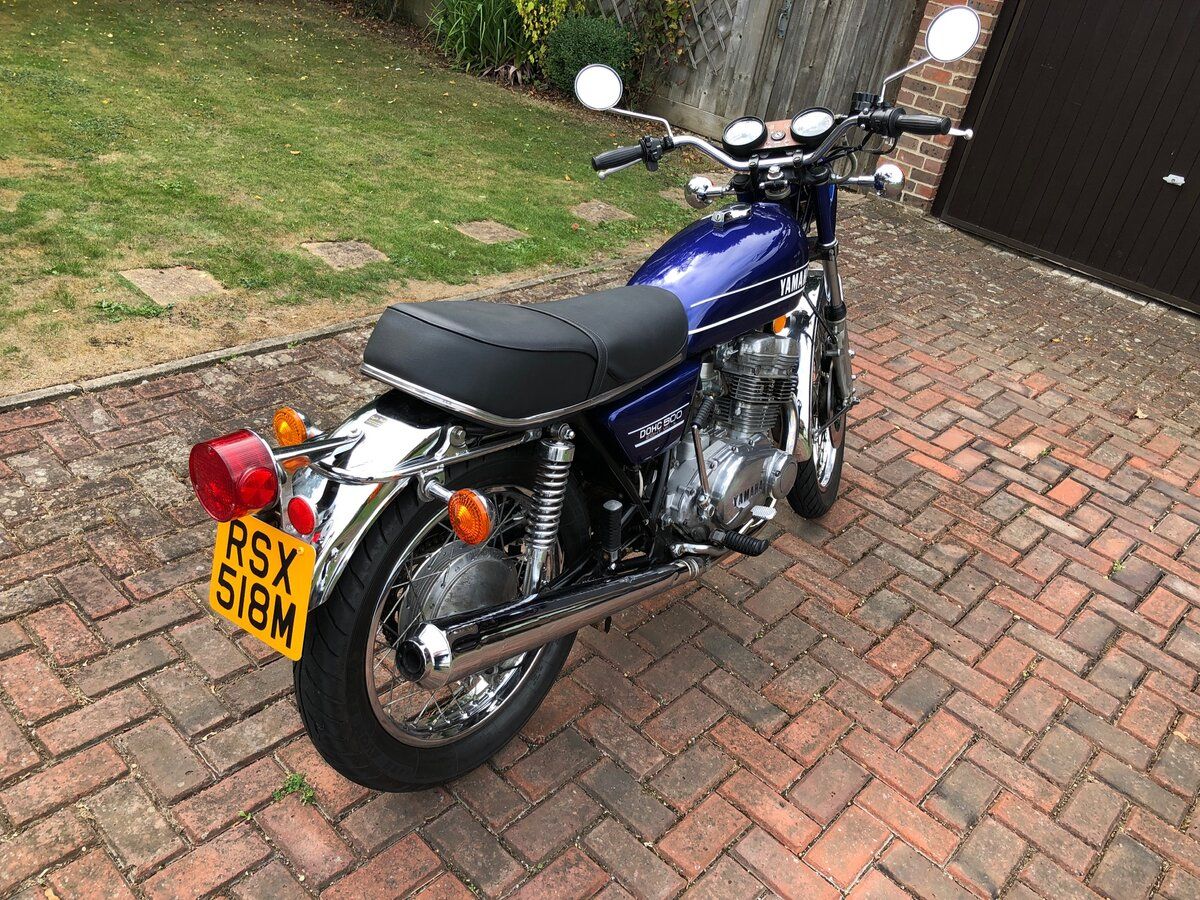 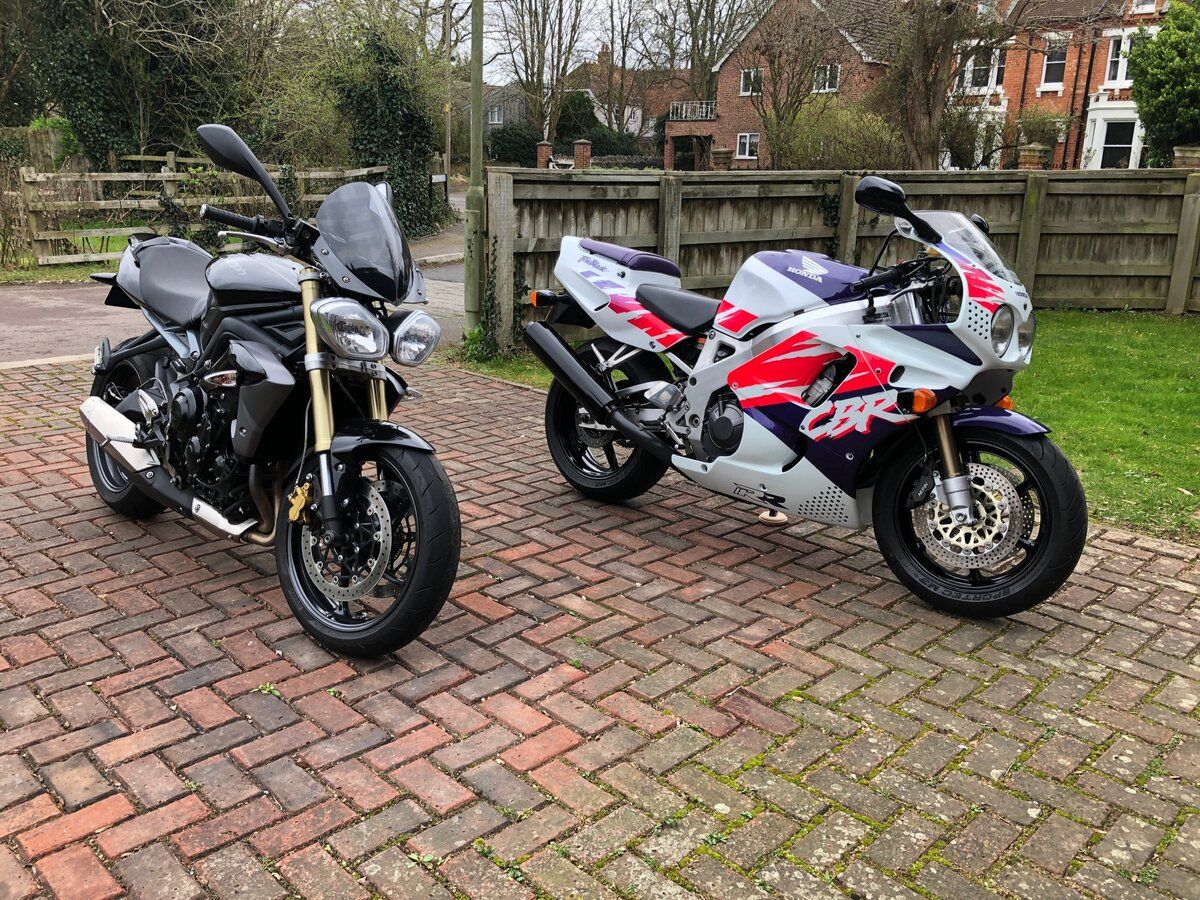 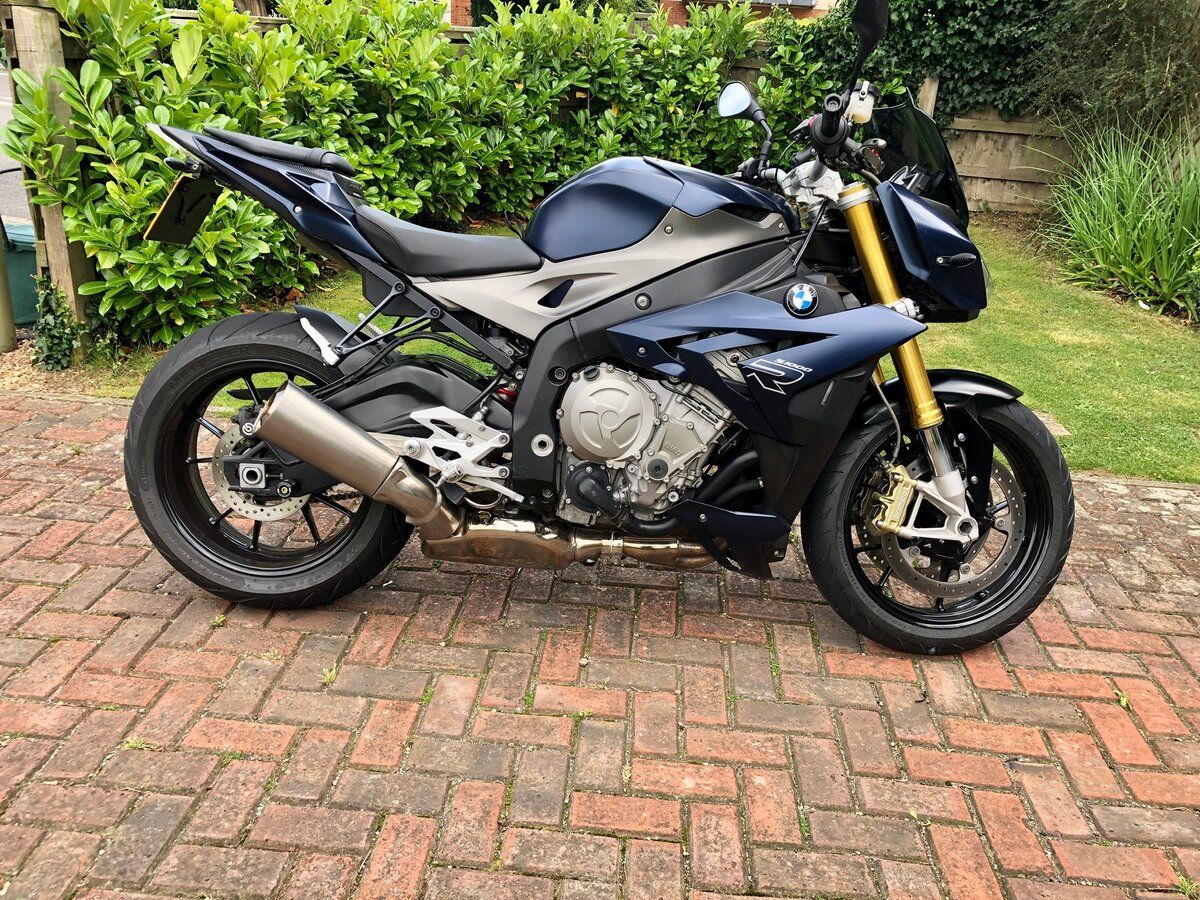 I managed to resist, but the lure of middleweight brit iron is gaining strength. Theres abput and at sensible money too.

Location
In green and pleasant hills.

Drago said:
I managed to resist, but the lure of middleweight brit iron is gaining strength. Theres abput and at sensible money too.
Click to expand...

I'm the same. Today I went to watch the Tour of Britain go past and then I chatted to a guy who had turned up on an old Triumph Trophy (single carb Bonnie). Turns out he lives about five miles from me and has five Triumphs, (four Trophy and a Bonnie), the bike he was on, a D reg, was very smart. I'm going to look at his others next week. I told him five bikes was greedy and he needs to off load one my way.

Daughter's boyfriend has just bought a Daytona 675 (now in my garage) lovely bike with a beautiful sound.

Got out round Loch Ness with a friend for a run this week, catching the end of summer 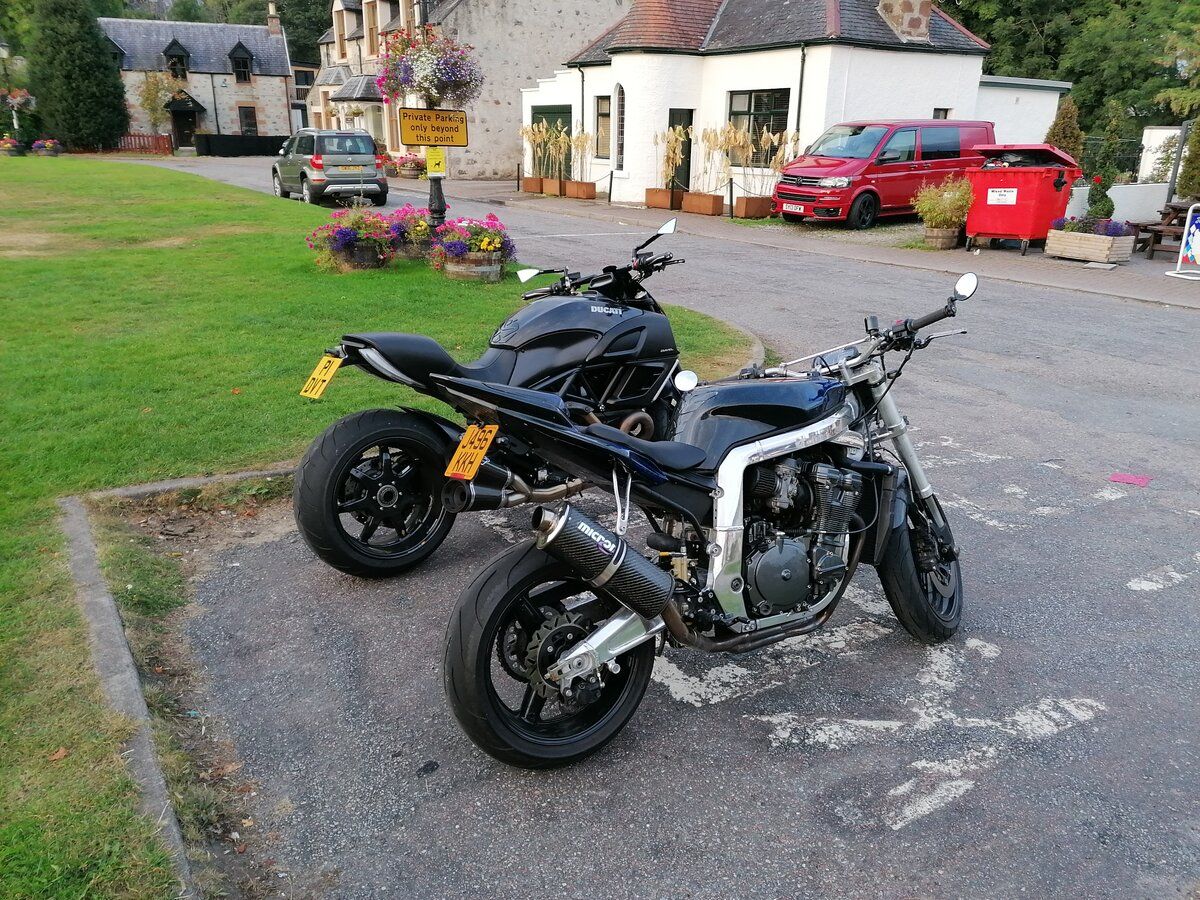 I had a trip to Donington park this week for a track day. I am still struggling with injuries sustained in a crash in April (I found out this week I had fractured my knee cap and torn my posterior cruciate ligament) so hanging off the bike was a little difficult. I only did the morning sessions, before feeling a little worse for wear, but I enjoyed the time on track. Hopefully, I will be able to do a few more next year. I would like to get back to Cadwell, Oulton park and do Brands hatch for the first time. 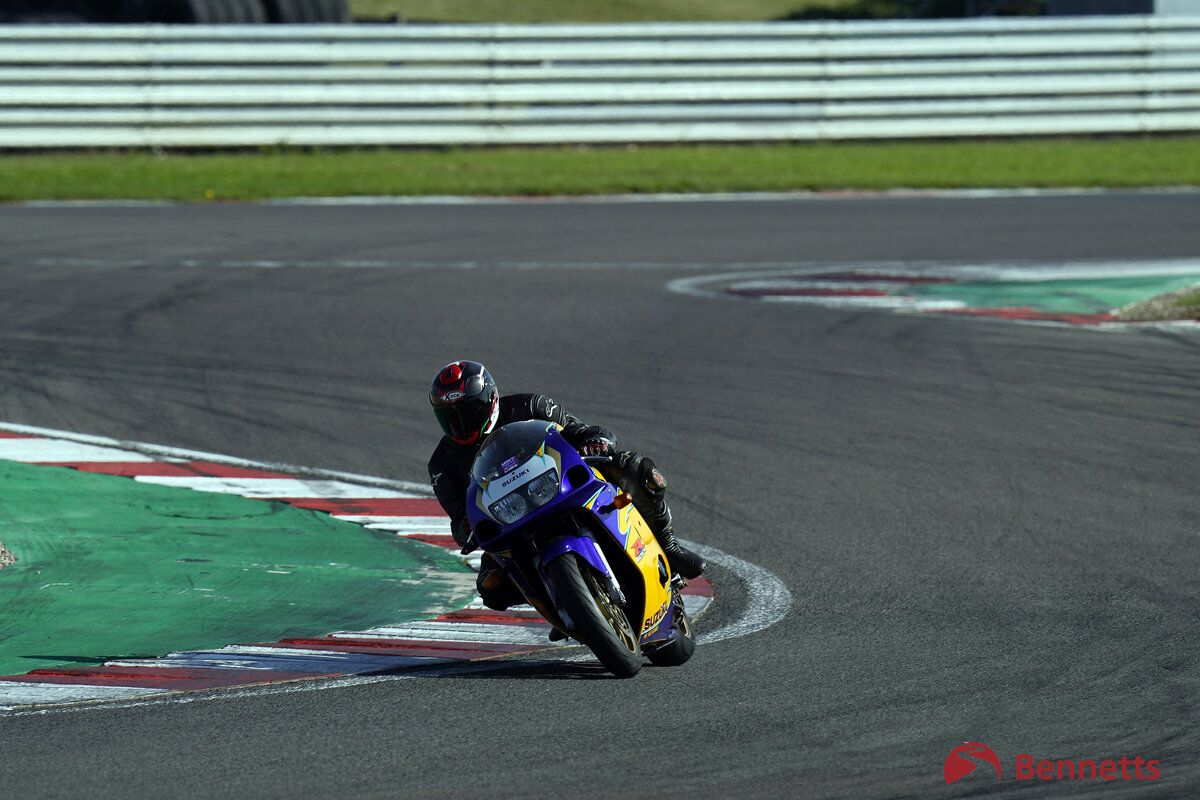 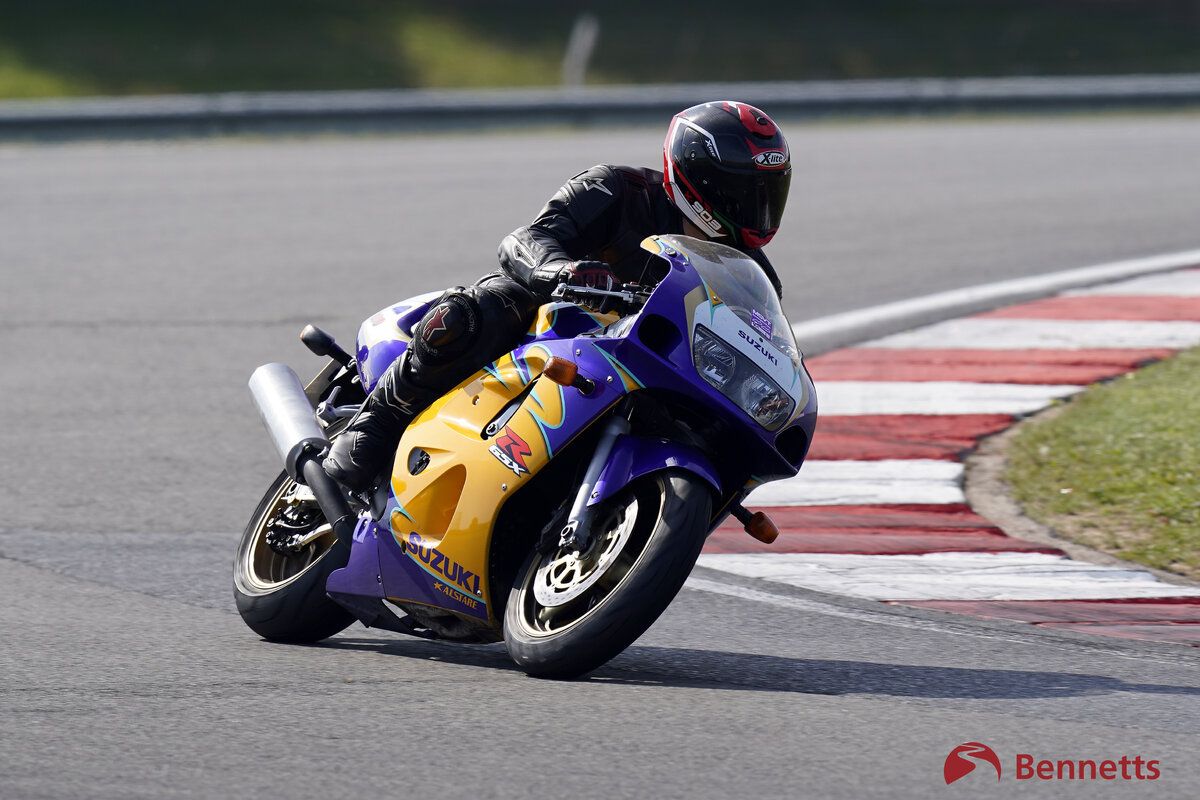 Besides a couple of boring (and relatively awful) Chinese scooters, these two arrived this week, both 49cc... 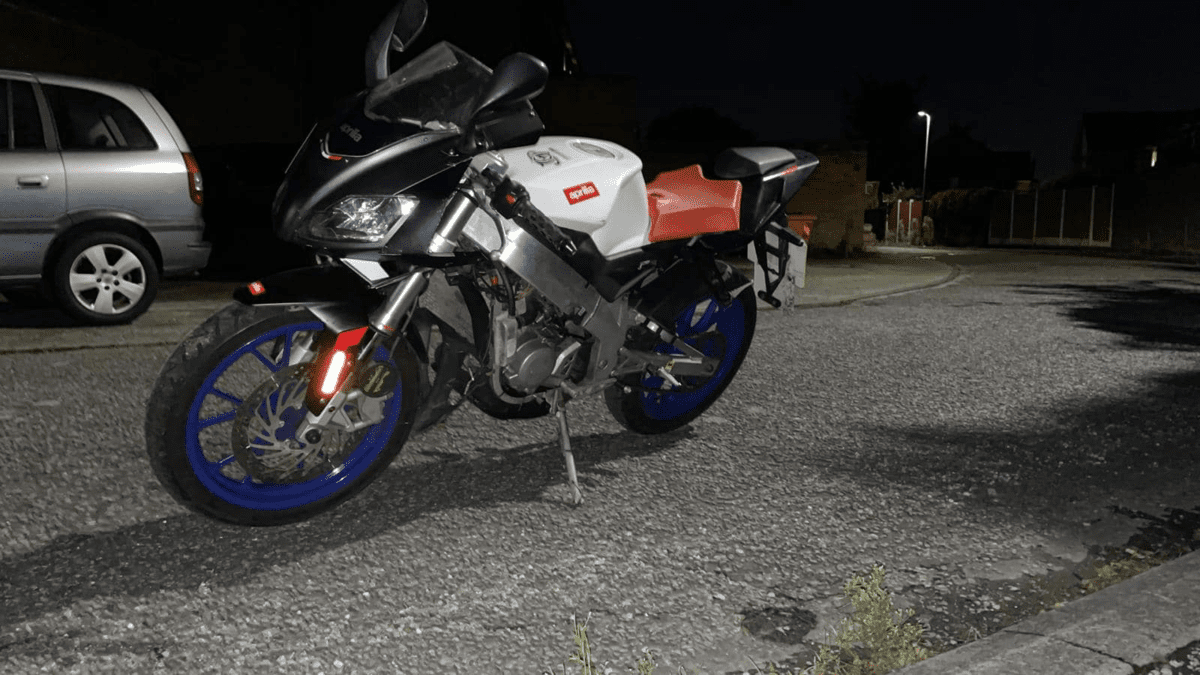 followed today, by this.... 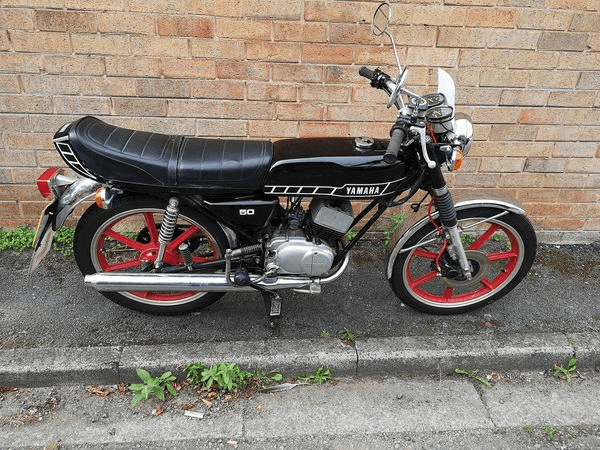 The RD is an import, but should still be a bit of fun to knock about on. As I have now no room at all left, the GS550E is up for sale and a couple more will follow.

Had a nice ride out to Bibury today to the Classic Motor Hub to their Ride In day. All the chaps off the Motorcycle Show were there and I managed to have a chat to both Alan Millyard and Guy Willison, both top blokes 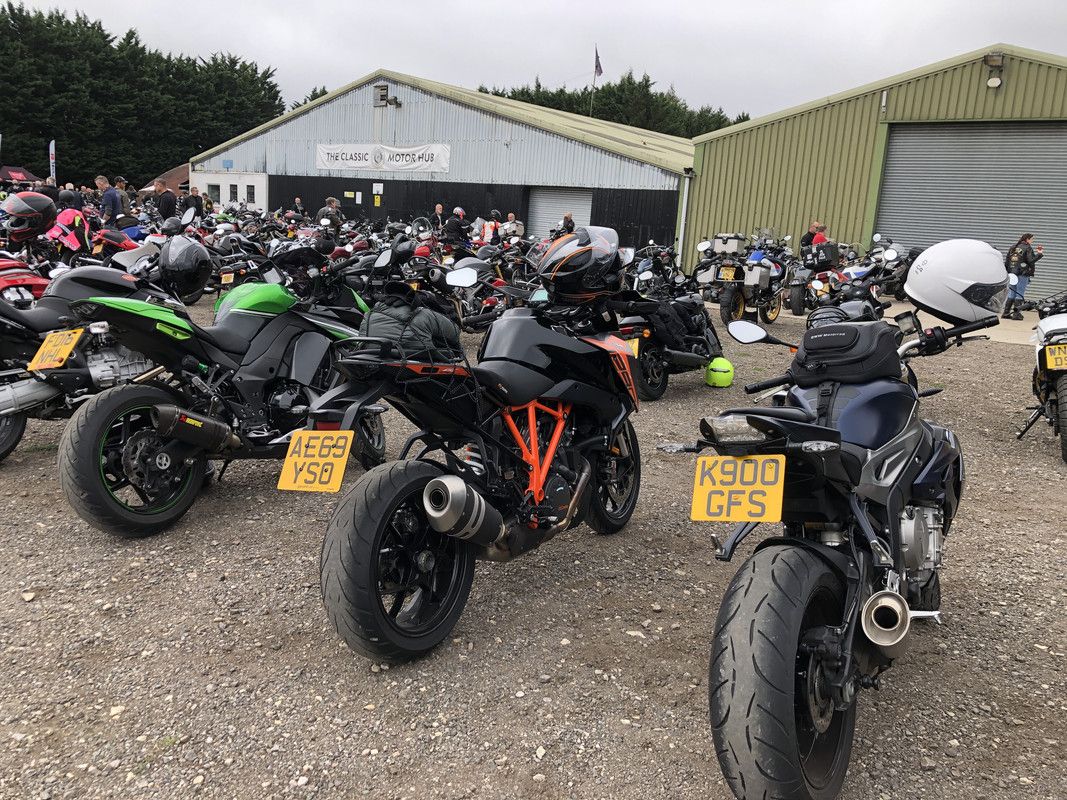 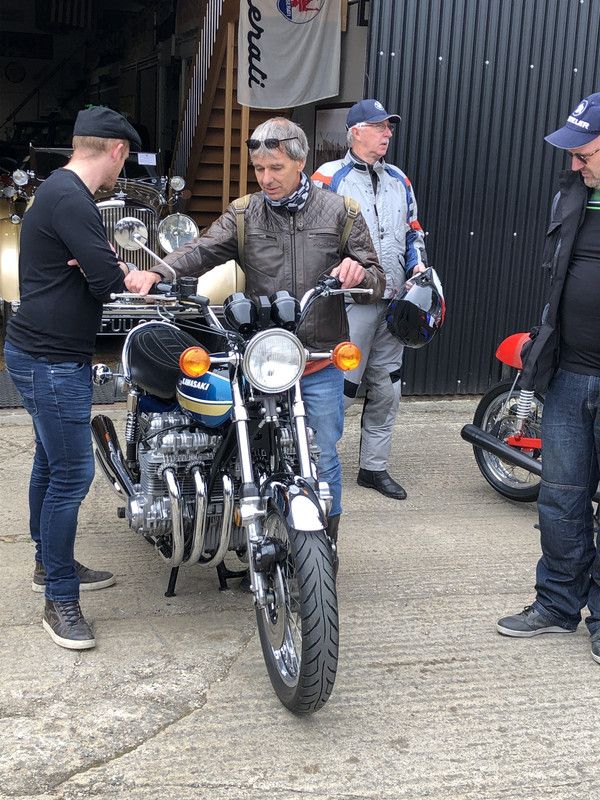 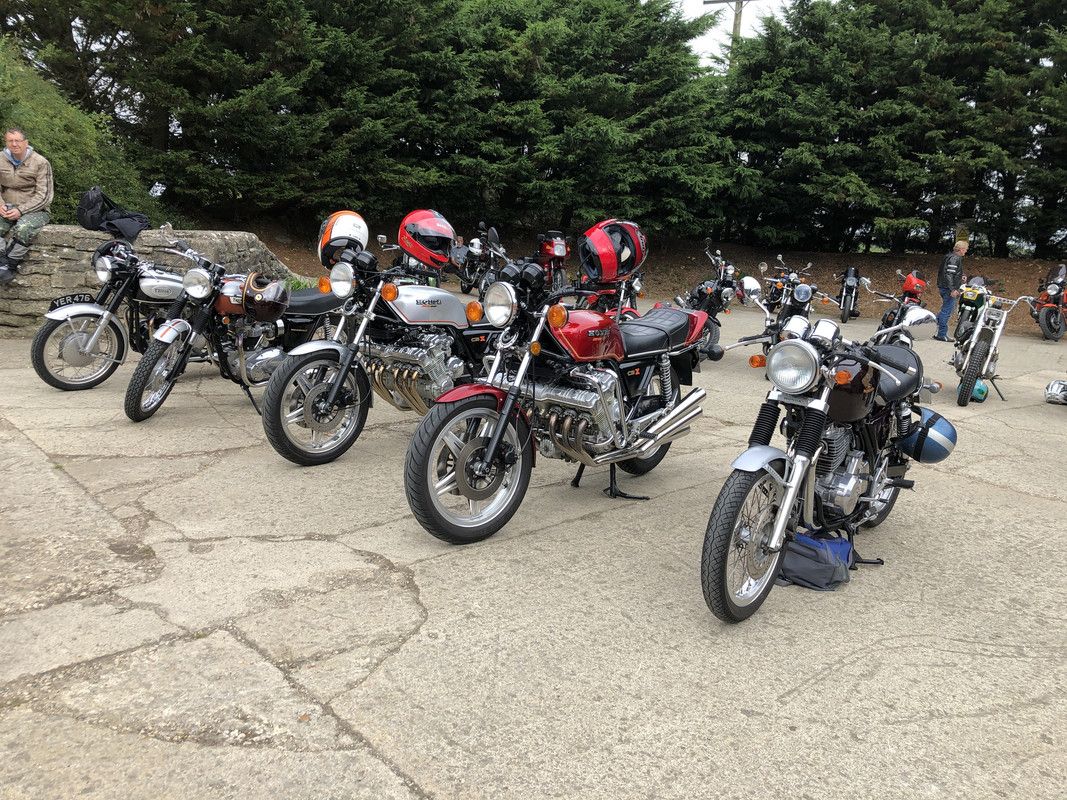 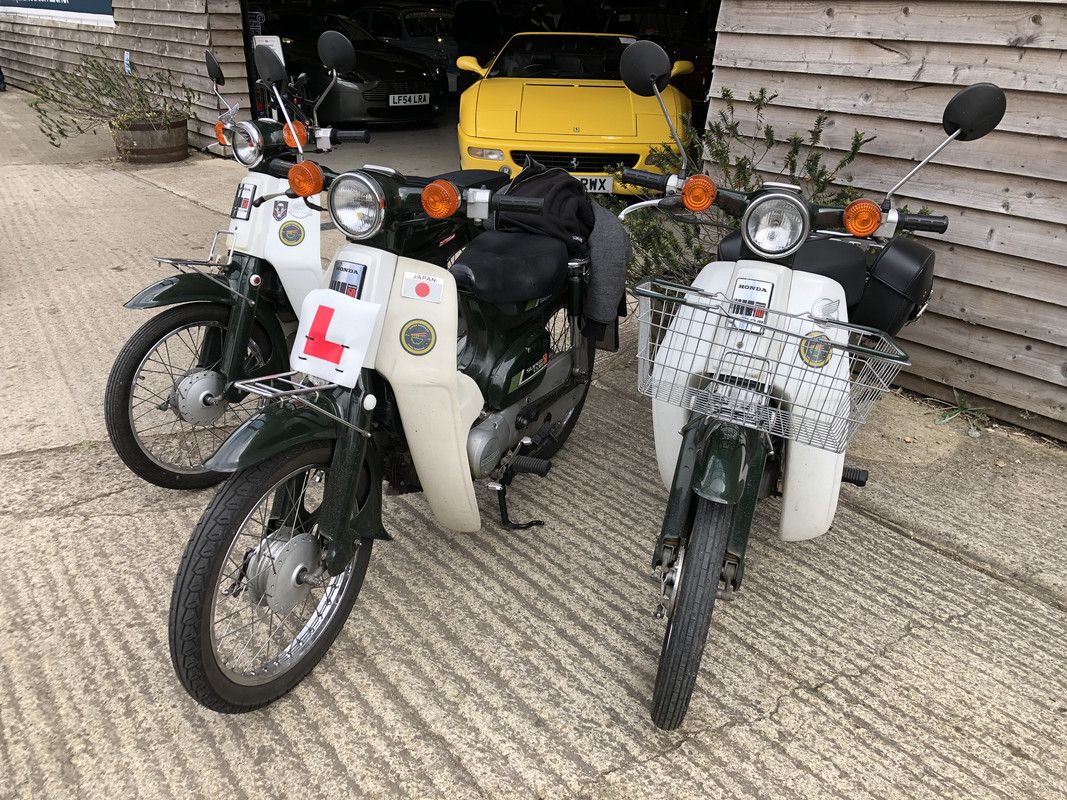 Snapped this shot in a posh gateway on the way home 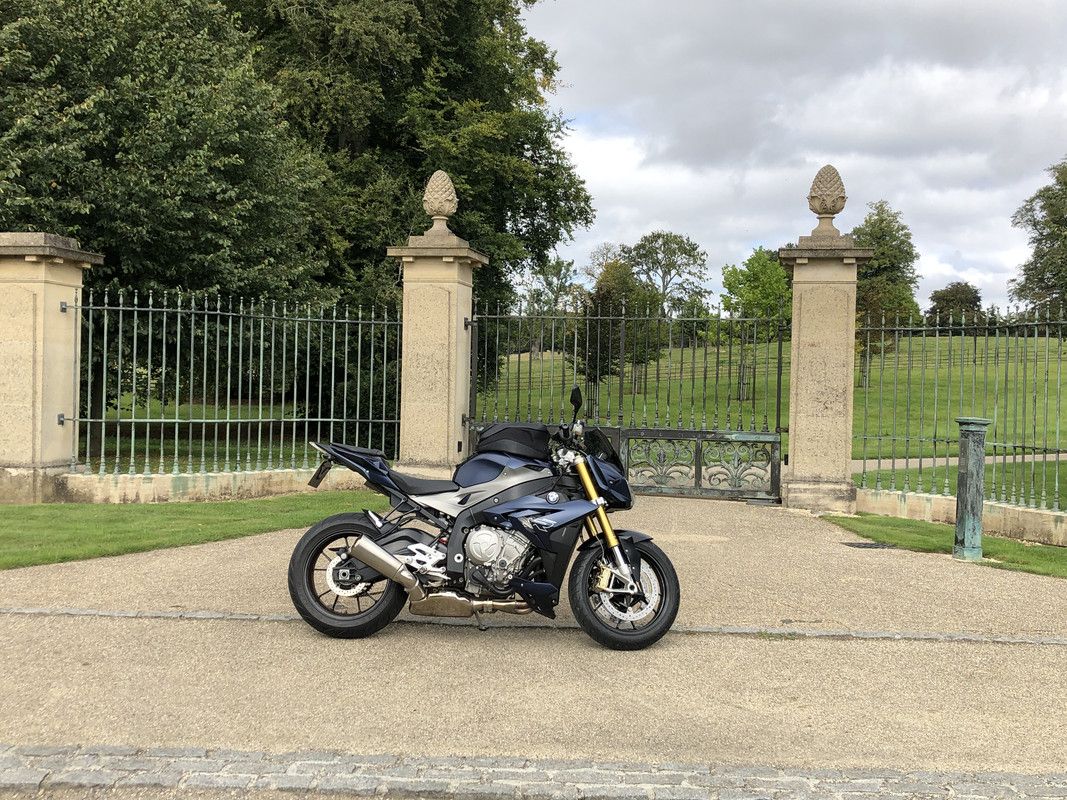 I was going to go to Oulton park today for the BSB racing (I get free tickets, as my brother does the catering for BMW) Unfortunately, I decided against filling up with fuel on my way home from work on Thursday when the warning light came on.
Now all the local garages are out of fuel and I do not want to risk running out trying to find some!
OP

Went to look at two bikes the other, nearly bought four, but ended up buying the two I hadn't gone to view instead. One (on the right) runs, or it did but now doesn't, the other one is a non-runner. The latter going to my ace mate to have the new wiring loom (supplied with it) fitted, the former I'll tinker with in the week. Thought I was being clever finding/making space for them, then remembered I've got three others away, two being repaired and one in for MOT. 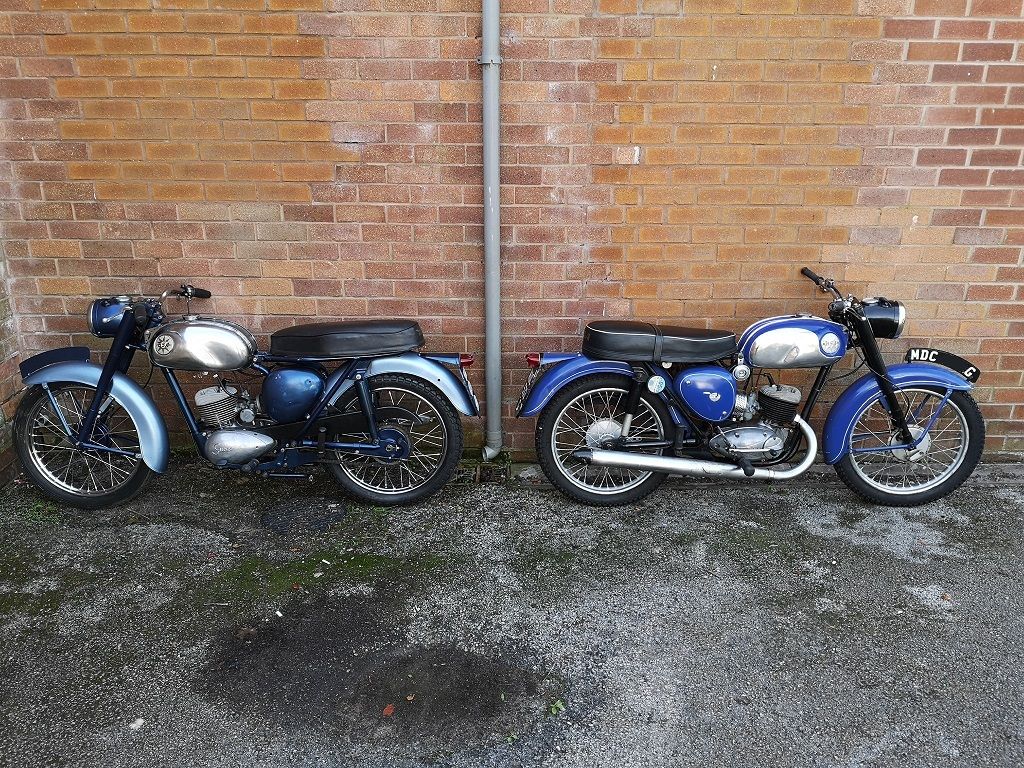 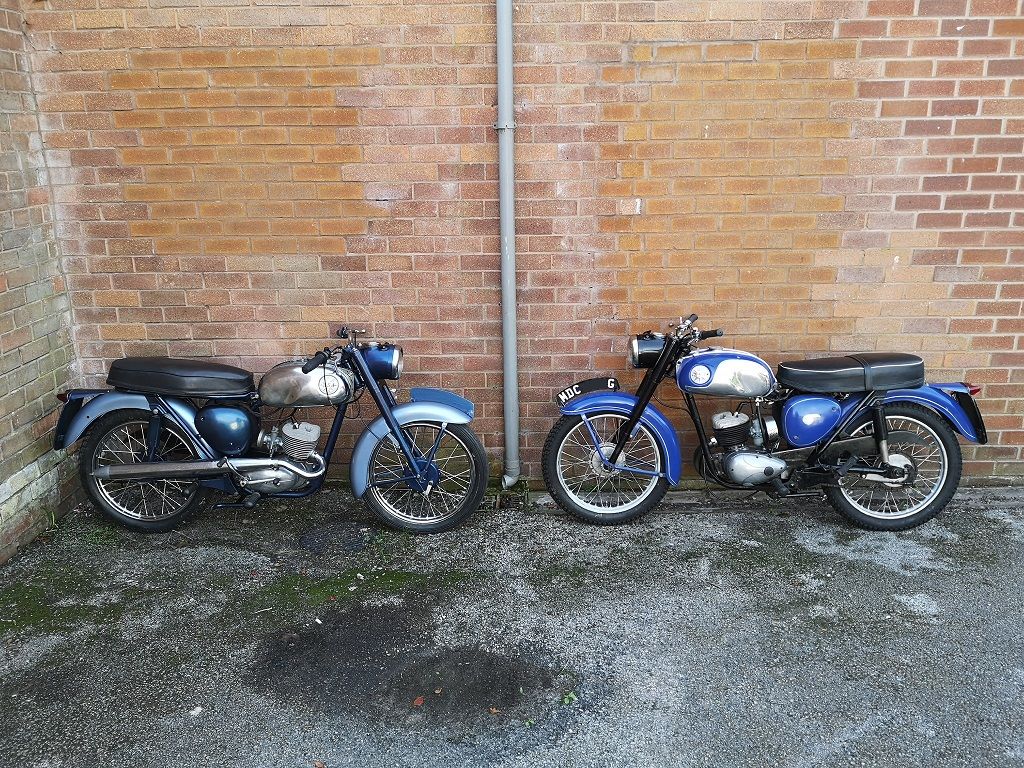 Bit of news on the running Bantam: Turns out that the reason it stopped running is because brains of Britain here got the choke the wrong way, i.e thought it was off and it was on. Someone kindly pointed out which way it should be, and it was great afterwards. Too the chance to hoy the old stinking fuel out and pre-mixed some E5 Shell with synthetic 2T oil, also Shell. The previous owner suggested not using synthetic, but some internet research from fellow owners said it wouldn't do any harm, and it certainly hasn't effected the Lambretta. Sods law dictates piddling down for days (fair weather biker) and having to use a van for work as I had three other bikes to move about, so not been out on the BSA since.

In other news, the RD50 is back from the garage. The headstocks bearings were alarmingly shot, so newer fancier ones have been fitted and a running issue (won't rev past about 5,000) was supposedly sorted. It's fine in first, but bogs down something chronic under load (17.5 stone fat bloke) so going back to garage. They seem a decent outfit so it's no biggy as it stands.
You must log in or register to reply here.
Similar threads