Hello there, I am an mtb er who is trying to change over to road cycling and am eagerly awaiting my new bike through the cyclescheme. I have an interest in trying some light touring and have been reading a lot of ur touring journals with great interest. In order to tour I'm going to need storage and a work colleague har recommended the carradice long flap saddlebag (commuting and touring). Will this do the job with the quick release bracket or should I consider panniers. Regards

Waiting for the great leap forward

Sounds perfect for credit card touring, does away with the weight of the rack.
As long as it's got room for a change of clothes, waterproof jacket, bit of food etc it'll be fine.
W

Panniers are necessary for heavier loads. If you are hostelling or camping ultralight a large saddlebag will do, probably augmented by a largish handlebar bag. Alternatively, you could of course use front panniers at the back.
It also depends on the bike. Modern full out road racing bikes are less than ideal for touring, even ultralight. On the other hand, an audax style bike with 30-32 mm tyres is ideal for ultralight touring. For heavier loads you would need a proper touring bike. For rear panniers you need eyelets, or some other solution. However, if your bike does not have eyelets it may not be very suitable in any case. The Tubus Fy is probably the neatest light rack.
Willem
OP
OP

Thanks for that guys, I have on order the specialized tricross sport. Which I have seen in store with a rack and panniers on it. But!! Which way do I go.!! Mmm is the saddlebag not old fashioned. I'm tempted to go against colleagues advice and fit a rack.
A

You could adopt a halfway house of a lightish (eg Tubus Fly) rack plus a drybag (eg alpkit.com) bungeed to the back.

The Fly isn't suitable for really heavy loads (eg for expedition touring) but for most purposes (eg commuting general touring) should be fine.

Panniers are the way to go. If you are just going on a short tour, then just take one pannier, your balance will be unaffected. You may decide light touring is not enough and want to go that bit further in which case fit the second pannier.

I don't think I could face the personal hygiene problems of dirty kit and lack of luxuries to tour without panniers.

Saddlebag is definitely more convenient for commuting and one day long rides. While a single rear pannier does not noticeably affect your balance indeed, personally I just do not like the look (ok, I'm shallow and do pay too much attention to bike looks). For touring, I used both. Here's my bike on a 7-day tour with Carradice long flap: 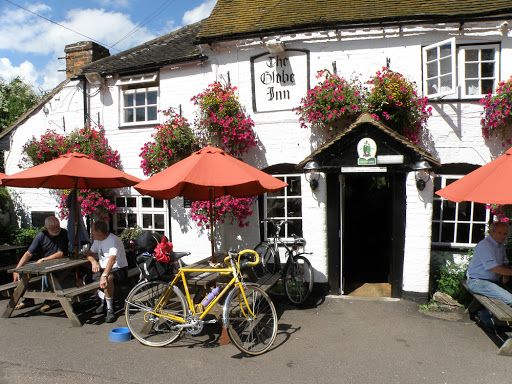 Note that I had a very small bar bag (just for the camera). But the tent is strapped to the top of the saddlebag. I camped but did not cook - so everything else fit in the bag. The bag was attached with a quick release but I had a rack that it rested on, and used bungee cords to fix it to it.

Next year I did a longer tour and did my own cooking, so I replaced the bag with Carradice panniers, and took a bigger bar bag (also Carradice): 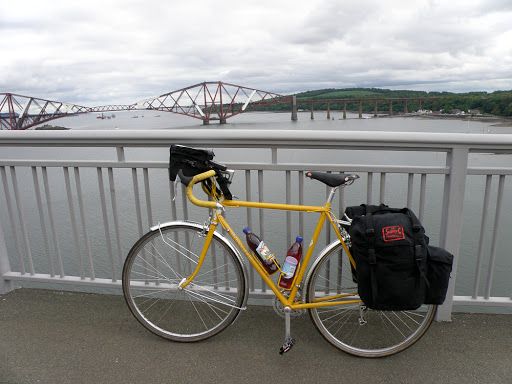 Not sure what the bottom line of my post should be, though. Both saddlebag and panniers worked well for me - it really depends on how much stuff you want to take. But you definitely can do light touring with a Longlap saddlebag. Hope this helps somewhat

Samid, I love that bike

This: http://forum.ctc.org.uk/viewtopic.php?t=16497&highlight=camper+longflap+carradice is a long discussion on another forum about Carradice saddlebags.....you might find it interesting.
I have a Tor-Tec Ultralite rack and use a Carradice rack bag without any problems. I'm sure I could easily bungee a 20/25 ltr Alpkit dry bag to it.
You must log in or register to reply here.