Rant of the Day..

CarlP said:
At least this thread is more interesting than the Broken Spoke thread.
Click to expand...

Agreed, that one is getting on my nipples.

Rooster1 said:
Agreed, that one is getting on my nipples.
Click to expand...

CarlP said:
At least this thread is more interesting than the Broken Spoke thread.
Click to expand...

Nah - there's more tension in that one!
OP

classic33 said:
Can't have been owt important then.
Click to expand...

In that case, it's important you remember what you forgot.
As Soon As Possible!

This is a truly awful rant thread!

It started off as a polite discussion about Brooks saddles and Ebay, and then seemed to morph into a pun thread.

No wonder nobody has posted on it for 18 months.

NOW SORT YOURSELVES OUT!!!

wonderdog said:
Could do better ... I found some of my school reports from 50 years ago and "could do better" seemed to crop up in the comments section from the principal with monotonous regularity. As did "needs to pay greater attention". I like Boon's approach to developing a better rant as the day progresses/it all gets too much.
Click to expand...

If you've only just noticed this after 50 years, the principal arguably had a point...

confusedcyclist said:
Dear whom it my concern, I'm interested in your ebay listing. No, not yer old grundies, the saddle. I'm mostly tyre kicking here, but I'm also fond of expensive goods at knock down low-ball prices. Speaking of price, what's your final price? Will you trade it for this packet of chewing gum? Don't mind the half-chewed bits. You can pick them off. Using only a ruler, please give me the mass and volume to the third decimal place and the seating area measurements of your saddle, also, I'd be really keen to know how long the springs are, uncoiled. I know that brooks are all one sized and are unchanged in design over decades, but frankly, I can't be arsed to look up the specifications on the manufacturers website. Please advise of sizing. Do you think this is suitable for a big boned fellow who had one too many mince pies last month.
Click to expand...

Do not forget to ask what breed of cattle the leather came from.

Having resurrected this thread the other day I feel I should really make use of it.

So here is a double-rant...

Who knew that the Shimano BBR60 bottom bracket (105/Ultegra level) requires a different tool to the BBR9100 (DuraAce level) for removal/installation?

So I thought I’d post about this on the What Have You Fettled Today? thread to hopefully saving some other poor sucker from making the same mistake as me. Only I couldn’t remember the exact name of the thread but knew it had the word fettled in it.

But by this time I thought bollox to it, I’m going to put it on the rant thread instead. Luckily this thread was on the first page of results for rant so I don’t need to find a grape to crush. 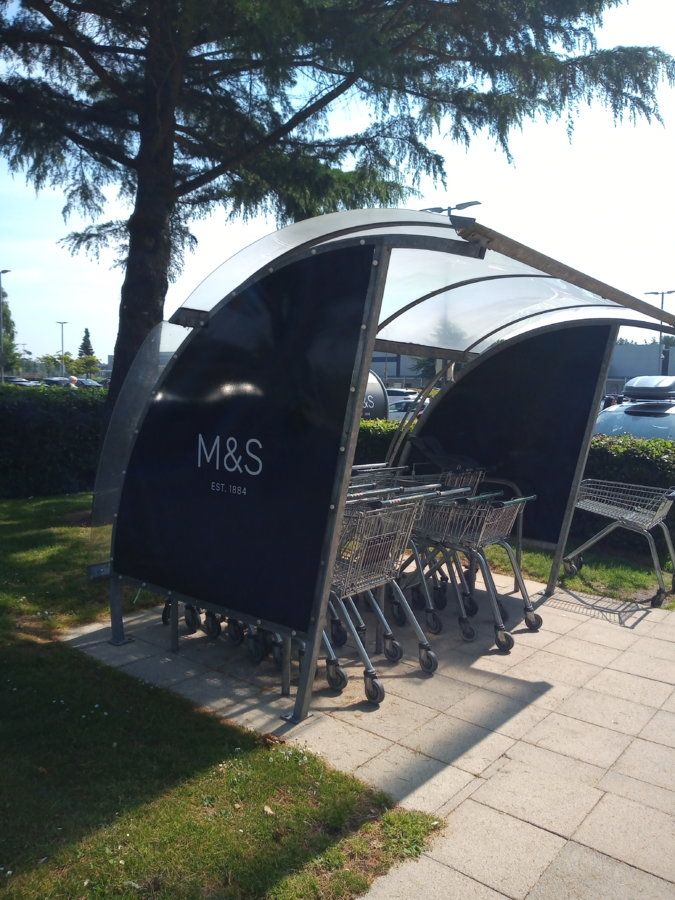 Someone at M&S Bishopbriggs decided to use the bike park for trolleys.
Normally there's one or two abandoned in it, so today I started moving some and an employee told me it was a trolley park.
The fact I and others have been putting our bikes in what is clearly a bike shed didn't matter as she insisted that it has always been for trolleys....

I was directed to this 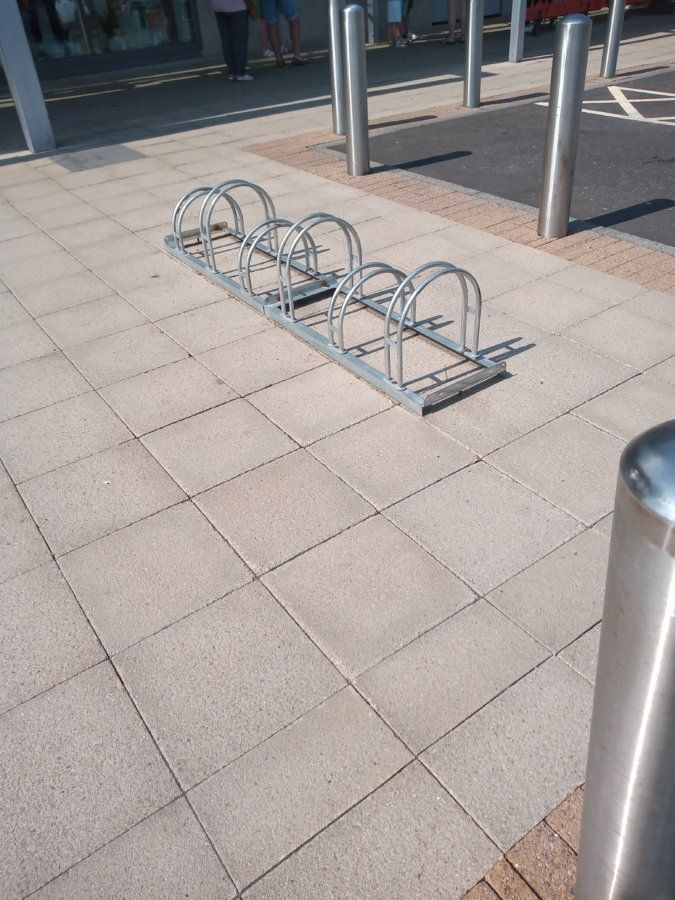 which I didn't use . 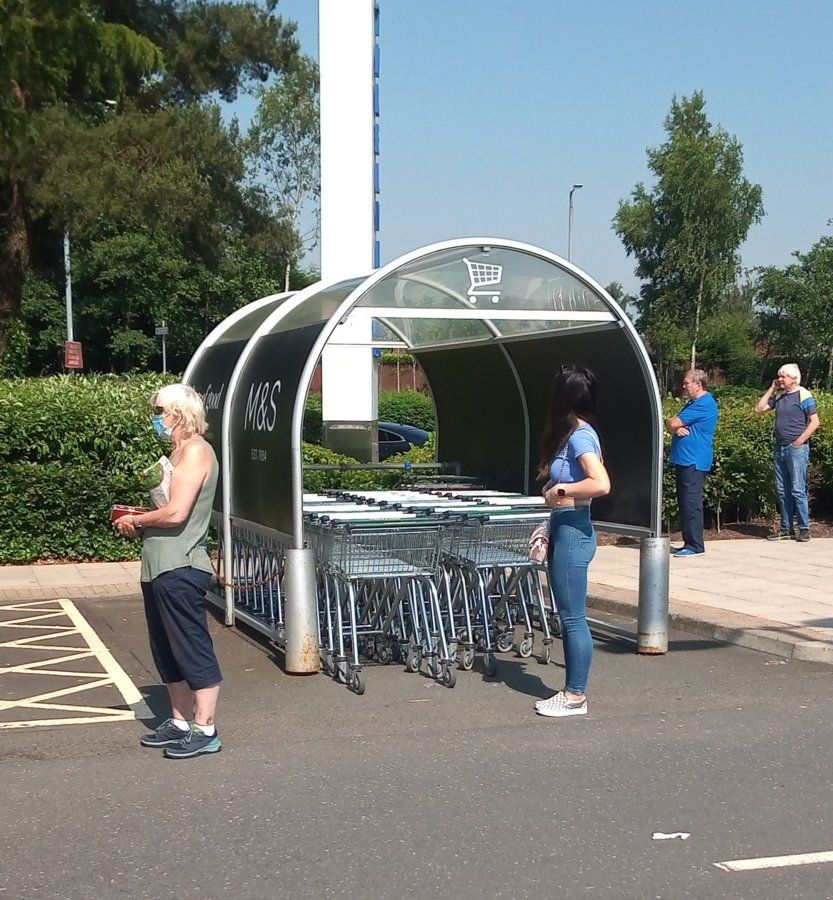 But the nearby trolley bay wasn't full. 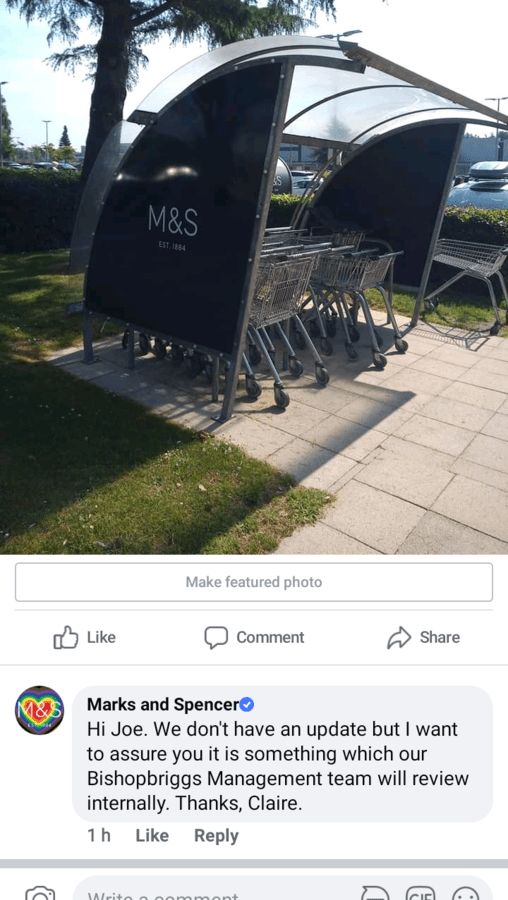 Not so much of a rant really, but an observation. Been getting into watching utube stuff on the telly, and it's great not having to listen to twat presenters with out of control egos. I also like the way utube tailors stuff based on your previous perusals. It does occasionally show an ad for a few seconds, but nothing like the terrestrial TV channels. 'Tis bloody marvelous I tells ya

FrankCrank said:
Not so much of a rant really, but an observation. Been getting into watching utube stuff on the telly, and it's great not having to listen to twat presenters with out of control egos. I also like the way utube tailors stuff based on your previous perusals. It does occasionally show an ad for a few seconds, but nothing like the terrestrial TV channels. 'Tis bloody marvelous I tells ya

Neither cycling-related nor a rant but it intersects with my interests enough for me to reply.

I spend far too much time on Youtube, it's a great place for getting info on niche interests/tutorials for doing things that I would never be able to do otherwise, and there's a lot of clever and creative people using the platform to do fascinating stuff.

However, I think it should come plastered with warnings like cigarette packaging, for two reasons.
Firstly, it's basically an infinitely deep well of content, you will never run out of stuff to watch and you can easily end up spending far more time than you intended. It is addictive and the recommendation system uses a whole bunch of psychological tricks to make you want to watch the next video (since more video views = more ad revenue for google)

Additionally, it's dangerous to rely on it as a source of news, information and entertainment, as there is no editorial oversight whatsoever, which, combined with the tailored recommendations makes it incredibly easy to fall down a rabbit hole of "Since you watched Johnny Q. Seeminglyreasonable here's his next video 'Why Covid is fake news and the planet is flat'" without ever seeing recommendations for videos that provide contrasting views. Some of my previously reasonable friends have been radicalised by these people into believing some truly demented conspiracy stuff.

To quote the end screen from one of my favourite series: "Please note that Evan is kind of an idiot. Don't ever take his word for it. Always research what you see on Youtube. Don't let anyone think for you; most people can barely think for themselves."
(The irony of quoting this text is not lost on me.)

Enjoy, but be careful!

Now, cycling rants: I put my bike into the LBS because the rear hub was shoogly and I could feel it disintegrating under me.
They tightened it, phoned me, said it was fine, and asked if I wanted it serviced.

I said "might as well since you're already in there" then they proceeded to service it but later informed me that the cone was damaged beyond repair and that I'd need a replacement wheel which they had ordered (they haven't told me anything about the new wheel).

Due to covid supply chain issues they have yet to receive delivery, several weeks after I put the bike in.

They are operating under the basis that I am completely clueless, rather than the reality which is that I'm too lazy/cackhanded to learn how to service a hub.

What do I do? They technically serviced it so I should pay them for that even though I am getting nothing in return, but I am perfectly capable of buying my own wheel and transferring the cassette.

pjd57 said:
....After a rant on their Facebook page M&S have said that they will review the situation
Click to expand...