Big Jim, just be wary of the cheap padlocks - easy to 'pick'.

I've spent a fair amount of time beefing the garage up, and it's stopped two attempts so far.

I've spent a fair amount of time beefing the garage up, and it's stopped two attempts so far.
Click to expand...

They have had a go at mine three times and the alarms have scared them off. Trouble is each time they have damaged the door or cut the hasps. Never picked the locks. I don't think the local muppets have got the intelligence. They just turn up with boltcutters so I hope this new heavy duty hasp will stop that. I looked up some expensive padlocks but they were all able to be picked within seconds by an experienced bike thief. I think it was a RIDE article.

fossyant said:
CISA Padlocks are the way to go - I use one at work for the bike locker (or did as I won't be cycling to work any more)
Click to expand...

Can I have your not used lock then?

I use 4 of these on the garage door. Side window has a metal frame on the inside. Fire door into utility has 2 five lever locks. Probably extend house alarm into garage.
http://www.ebay.co.uk/itm/Enfield-G...048220?hash=item4abf4c999c:g:QvcAAOSw4SlV7huP

Seen this on another forum for reinforcing wooden sheds walls
http://www.screwfix.com/p/sabrefix-builders-band-stainless-steel-20mm-x-9-6m/59863 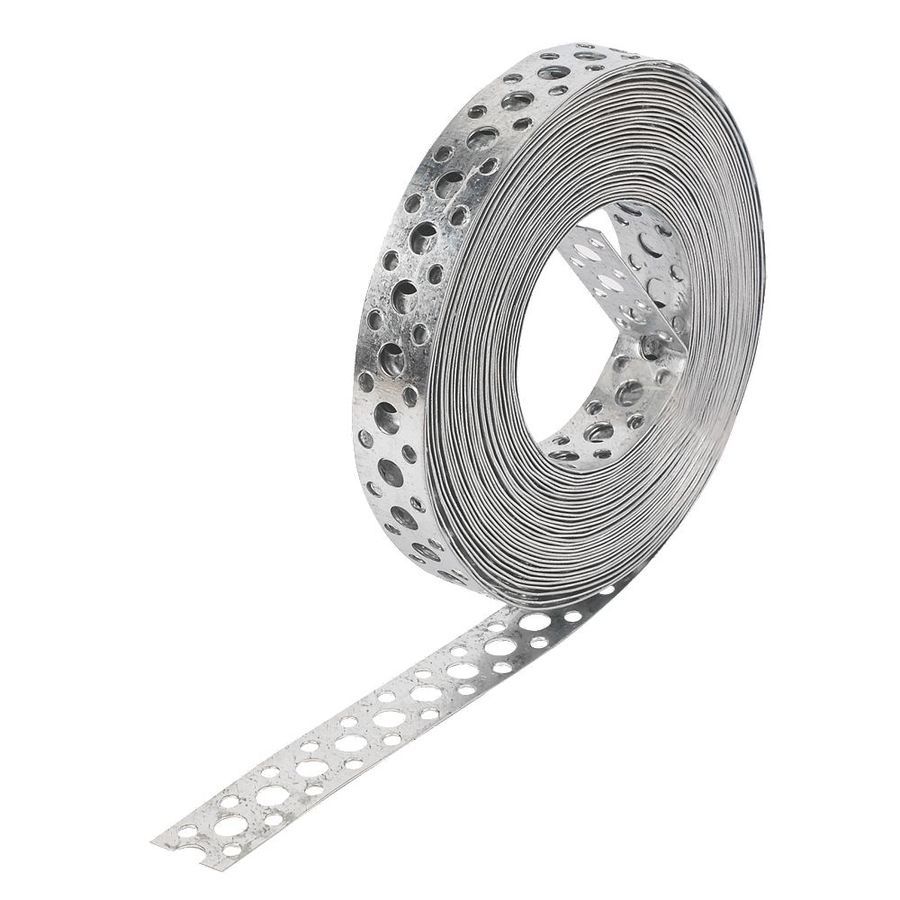 fossyant said:
CISA Padlocks are the way to go - I use one at work for the bike locker (or did as I won't be cycling to work any more)
Click to expand...

Not a bad price either, Fossy!

I did some research on this one day, and what really got me thinking was - if there are 370,000 bikes stolen every year (probably much more than that, because most thefts go unreported), and about 6,000,000 people use bikes to commute, then about 1-2 bikes in 20 are stolen. This seems like a really large proportion, which leads to the question - who buys those bikes? I mean, most of them must be stolen from law-abiding citizens and then bought by (slightly gullible) law-abiding citizens somewhere else.

This led me to think that bike theft, which impacts almost everyone (apparently a majority of commuters will have their bike stolen at some point), is actually one of the few problems which could be solved by legislation. If everyone registered their bike (like they do with cars), and then reported thefts, and then checked the database when buying used gear, then the market for stolen bikes would shrink immensely. And since everyone is already paying 30pounds+ for a lock at the moment, I don't think anyone would mind a 20 quid registration fee if it would really make their bike safer. I know that we already have bike registers in place, but they are non-compulsory and hardly anyone uses them, and this seems to be one of those things which only work if everyone's in. That's just my 2p.

As for not getting your bike stolen in the current situation - there doesn't seem to be any hard research available, but anecdotal evidence points out that there are two main types of bike thief:

- The unprofessional (and this seems to be the majority), most likely looking for a quick money fix (since bikes are so easy to liquidate), who'll most likely be going around town with cable cutters and looking for easy catches
- The professional, who'll have all the tools he needs (and a 50 pound portable angle grinder with a cutting blade will beat any lock), will keep an eye out for the really good bikes and steal them

Since no lock known to man will stand to a couple minutes with an angle grinder (and do not count on passers-by - a person in high-vis can do whatever they want in the middle of the city centre and no-one will bat an eye), there is no way you can protect your bike when it's outside from the professional thief. Except maybe for not using a fancy bike when running errands around town.
As for the majority of thiefs, a short walk around town will show you that there are a lot (and I mean A LOT) really good bikes fixed to remotely located racks with cheap cable locks, so a good U-lock to secure your back wheel & frame, and then a cable to secure the front wheel (maybe the saddle as well), will probably be enough to disencourage the opportunist thief. As someone elsewhere on the internet put it - you don't have to run faster than the bear, you only need to run faster than the friend who's running with you. The surest (although maybe slightly unethical) way to secure your bike is to find a bike which looks better than yours and is not secured very well, and then lock your not-as-fancy bike next to it with a better lock.

All very true mm 1995. My fave bike around town (and elsewhere these days if truth be told) looks like nowt and much to my surprise (after inititially doubting the advice) is usually locked with 2 d locks. 95 per cent plus of bikes must look like a better nicking prospect. Have just spent £80 on its pristine double which has spent 20 years in a garage but i think 2 locks will still be enough.
D

Some great advice there

A word on combination locks.......having recently returned to cycling I was looking in my garage for a lock to use the other day, I found a couple of chains but no padlocks to fit them but I also found an "Onguard" combination lock. I'd originally found this lock on the path outside my place a few years ago and hung onto it, presumedly it had fallen off someone elses bike. As it wasn't mine, I didn't know the number but it only took me a few minutes yesterday to crack it. There is a method, (I won't go into it here), and a big mistake a lot of people make is setting it with their year of birth. Thieves know people do this and it's a dead givaway for the first two numbers. Indeed, the number on my one turned out to be "1974". Personally, I'd never buy one.....and I'm only using this until I get another padlock.....not only are they easy to crack, but the cable is pretty weak too. My favourite method of protection is to have a bike that rides well...but looks awful

Personalised and "messy" looking bikes don't fetch as much as a nice bright & shiny one so don't get picked on as much. Strange to think now but before Mountain bikes came out, here in Cambridge one of those really cheap and feeble combination locks with a chain that looks like a bracelet, (see below), would keep your bike safe most of the time..........there wasn't many £1K + bikes around then though. I wouldn't feel safe leaving an expensive bike anywhere nowadays

Incidentally, even locked up bikes aren't safe, a favourite "game" for the single brain cell knuckle draggers at "booting out time" here is to kick the wheels of cycles in until it's unridable.

Cheap & feeble combo lock from the early '80s that would actually suffice for most bikes back then:- 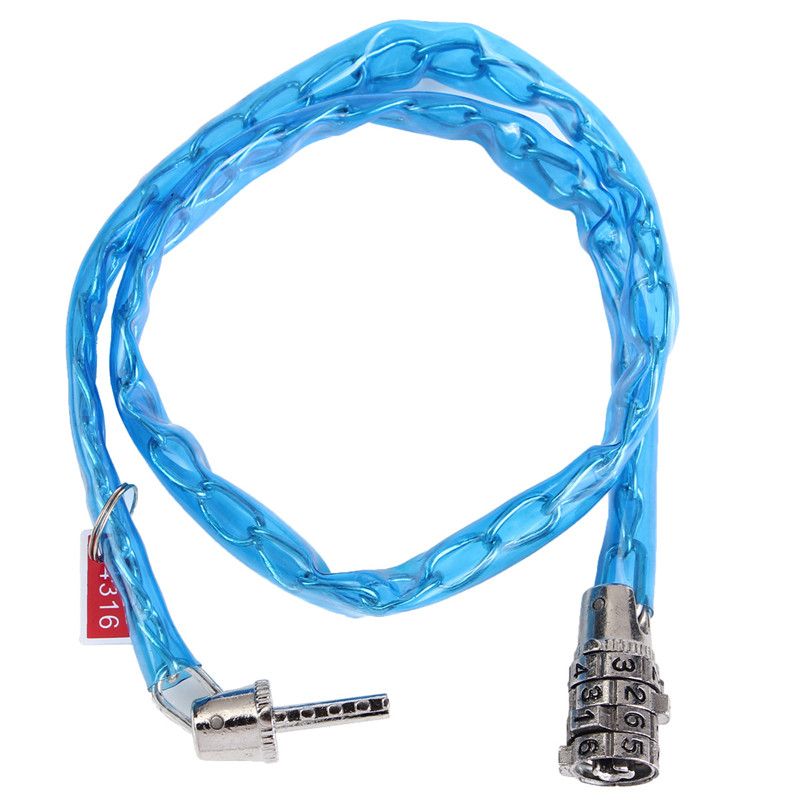 This is the Onguard lock:- 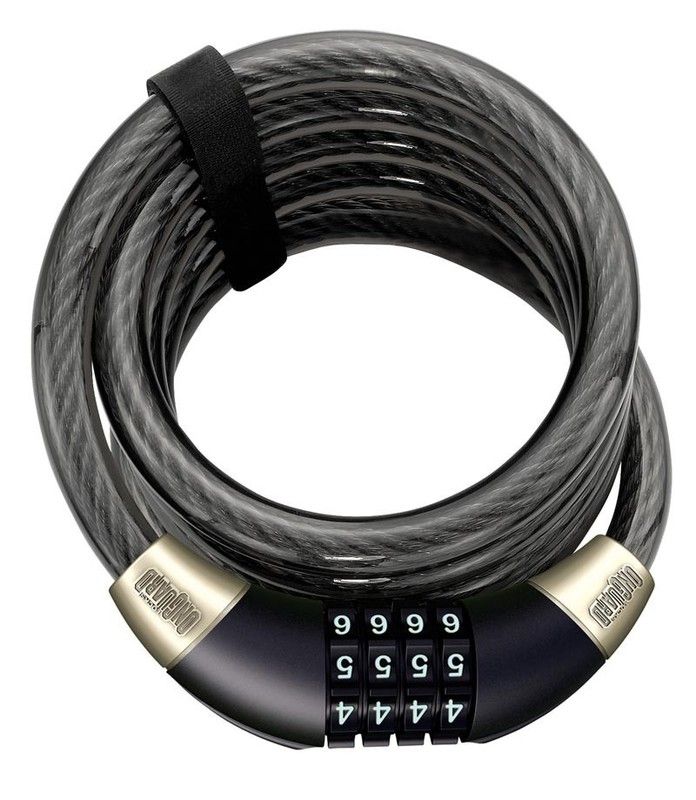 Drewski said:
Incidentally, even locked up bikes aren't safe here, a favourite"game" for the single brain cell knuckle draggers at "booting out time" here is to kick the wheels of cycles in until it's unridable.
Click to expand...

Yes I've noticed that in places.Very sad,there really are some cretins out there.

Drewski said:
Thieves know people do this and it's a dead givaway for the first two numbers. Indeed, the number on my one turned out to be "1974".
Click to expand...

Are you seriously suggesting that thieves steal bikes by attempting to guess or deduce the combination?
You must log in or register to reply here.
Similar threads