Cycling B&B in the foothills of the Pyrenees

Today was a lovely sunny late summer/early autumn day and this lunchtime I was out testing some new bits of route in preparation for guiding people.

Took the first pic up on the Ainsa Castle wall, then rode down a flight of steps afterwards. Second pic is a view point looking north towards the Pyrenees and France … beautiful as always. 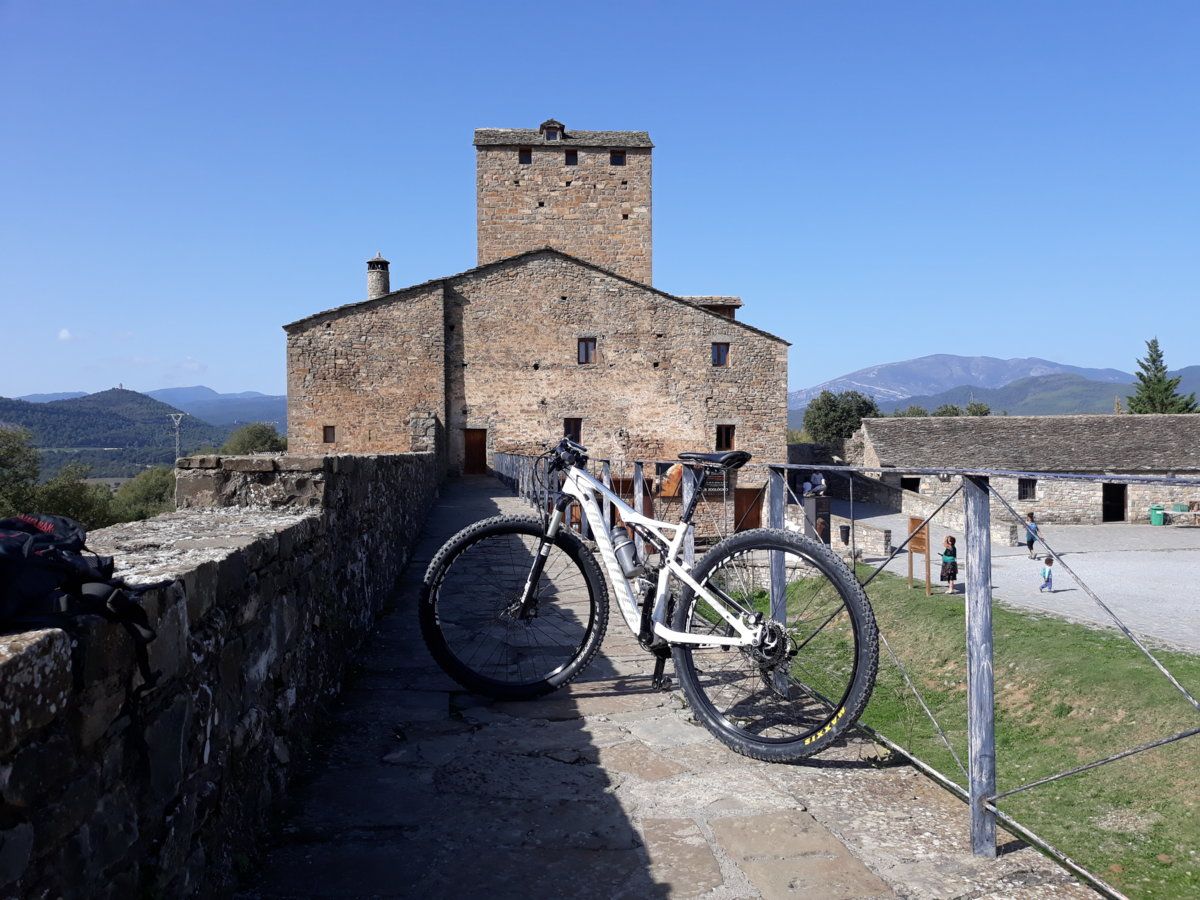 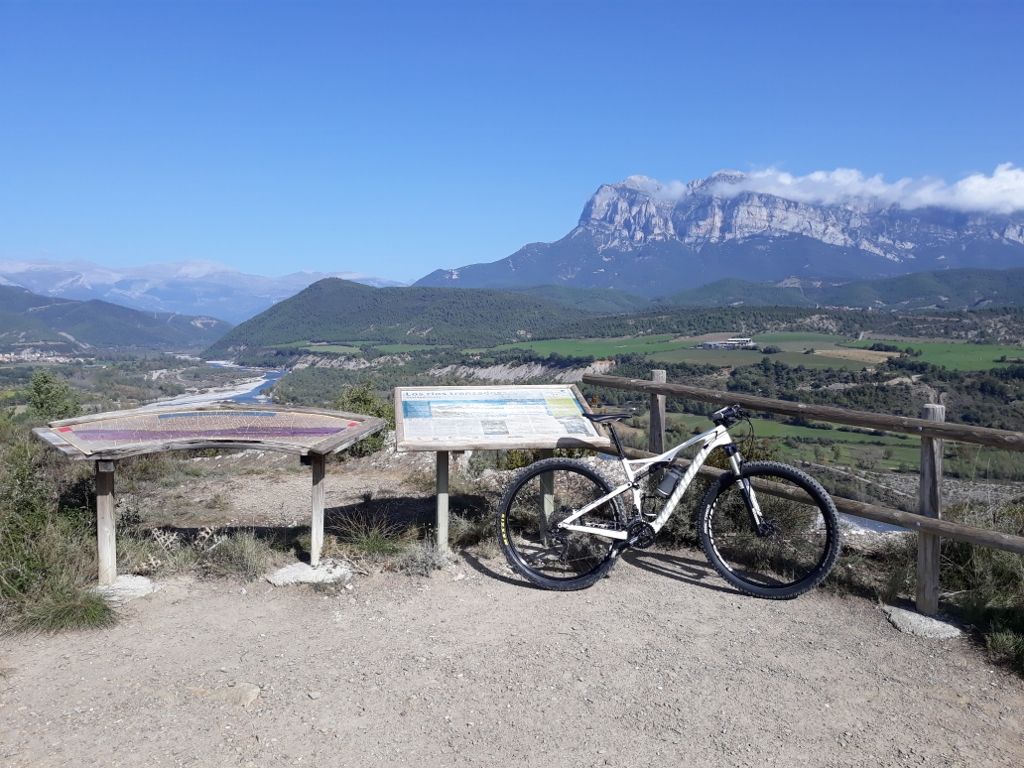 On Friday we did a local walk up to the village of Sieste and back. A nice route, not too hilly, fully marked out and on good footpaths. Starts and finishes on the bridge at "La Gorga" (a popular river swimming spot on the edge of town). 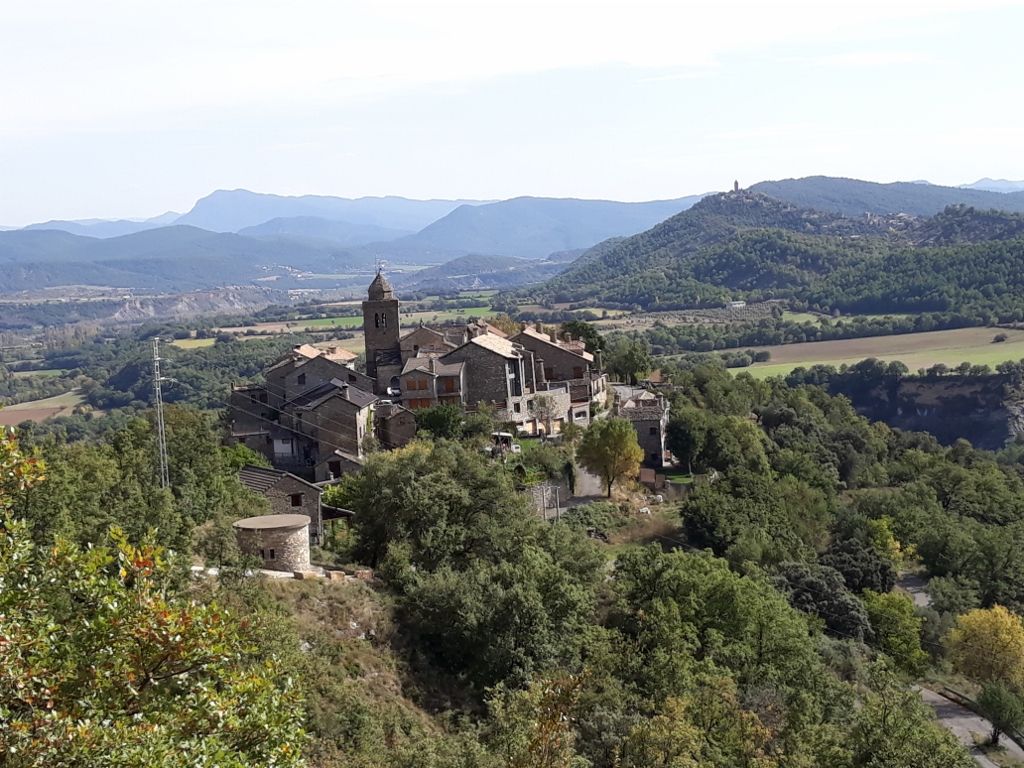 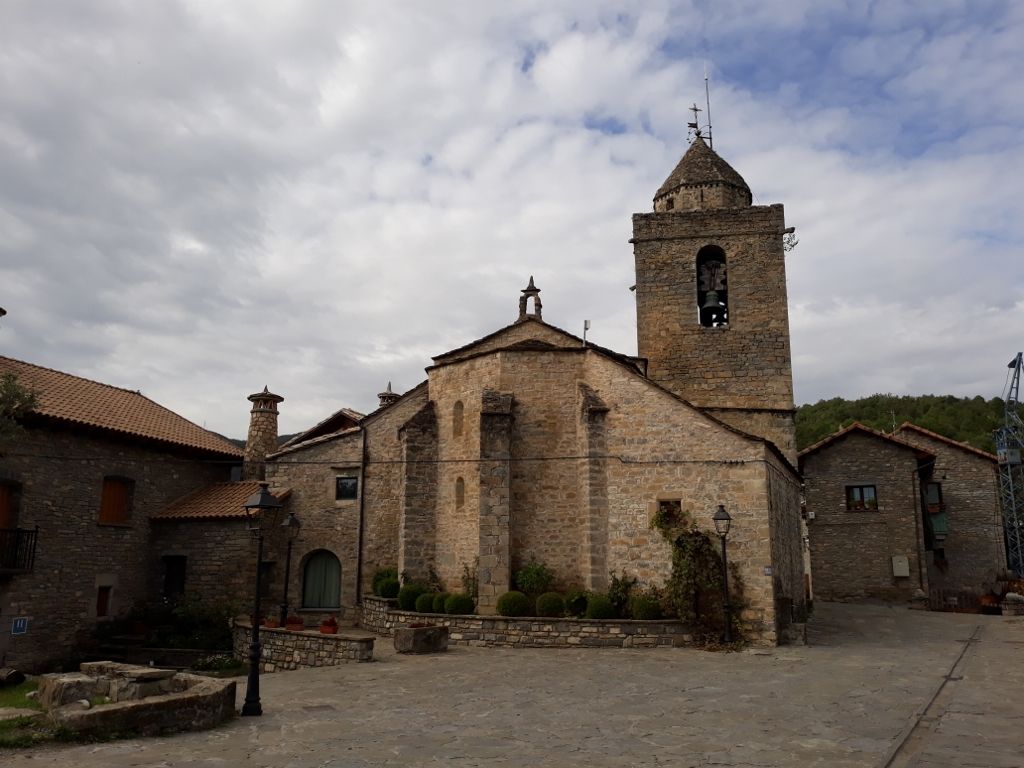 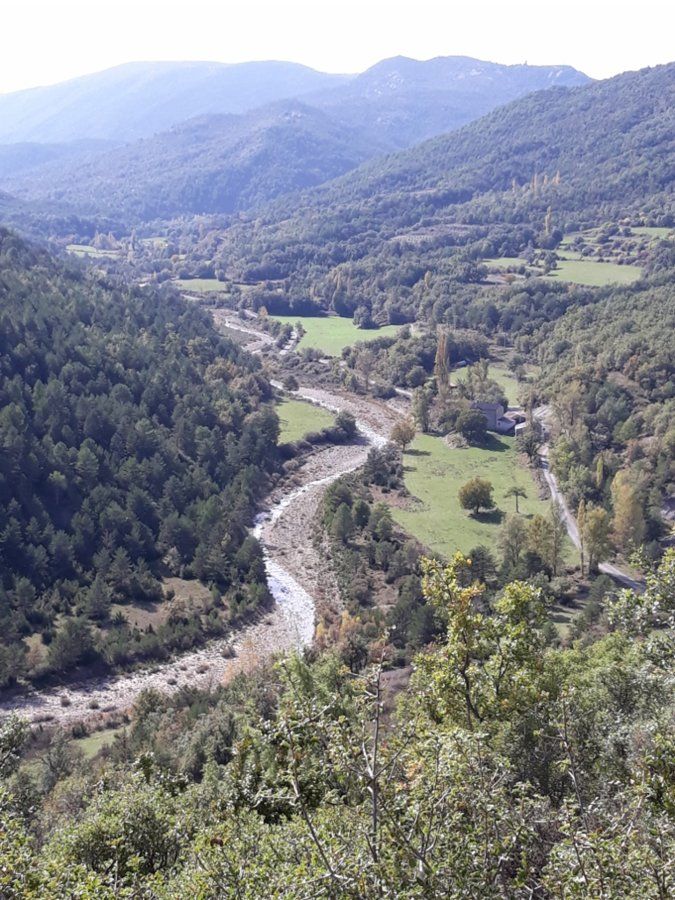 A couple of days ago I did a nice “local” ride from home which included the Zona Zero Route 5 climb out of the back of Ainsa up to the top of the “Partara”. I’ve ridden it several times - it’s not too long or too technical and there are some nice flat “recovery” segments, but the bits that go up, really do go up.

Great fun and there are several ways back down to try out … . :-) 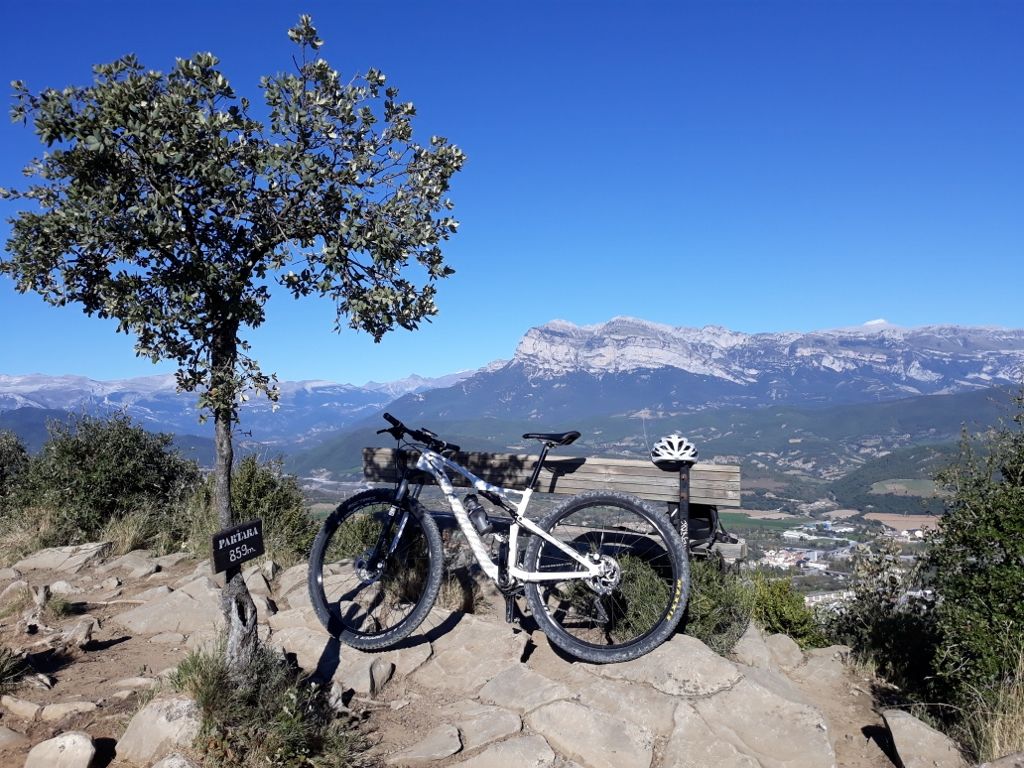 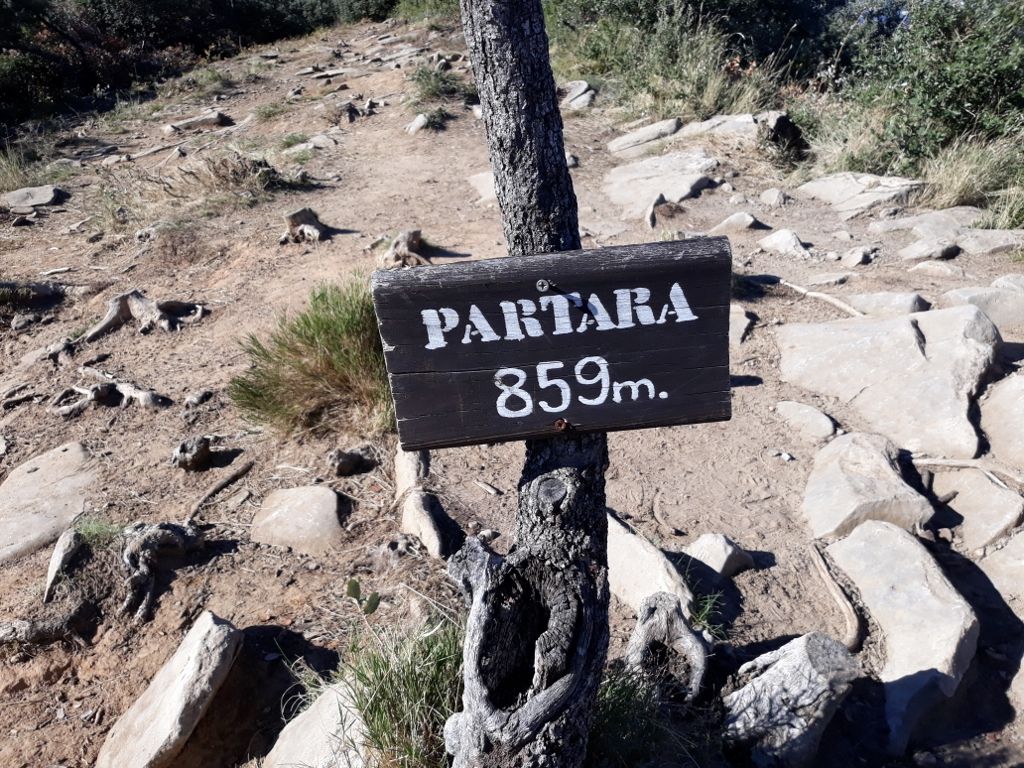 No shortage of signposts here …. 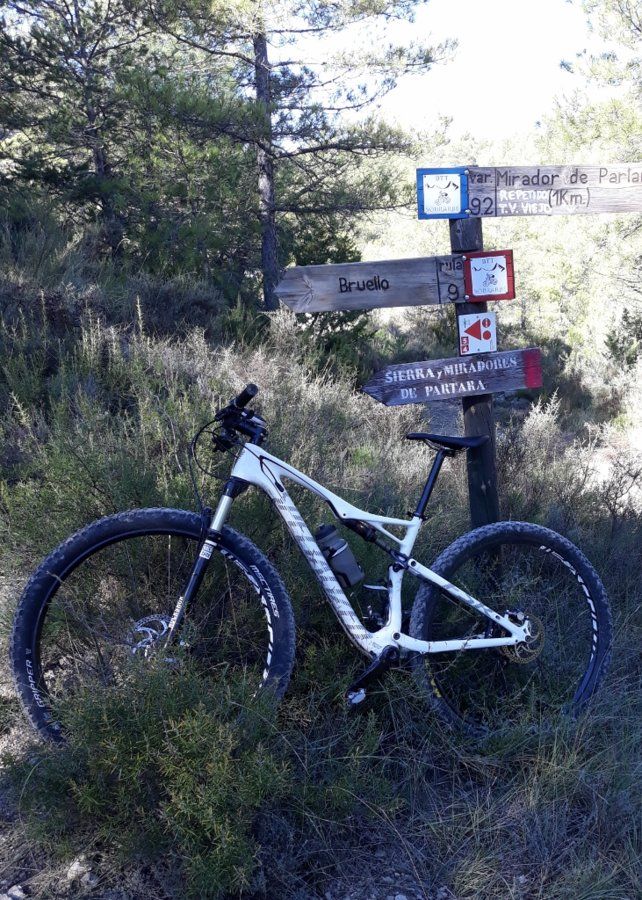 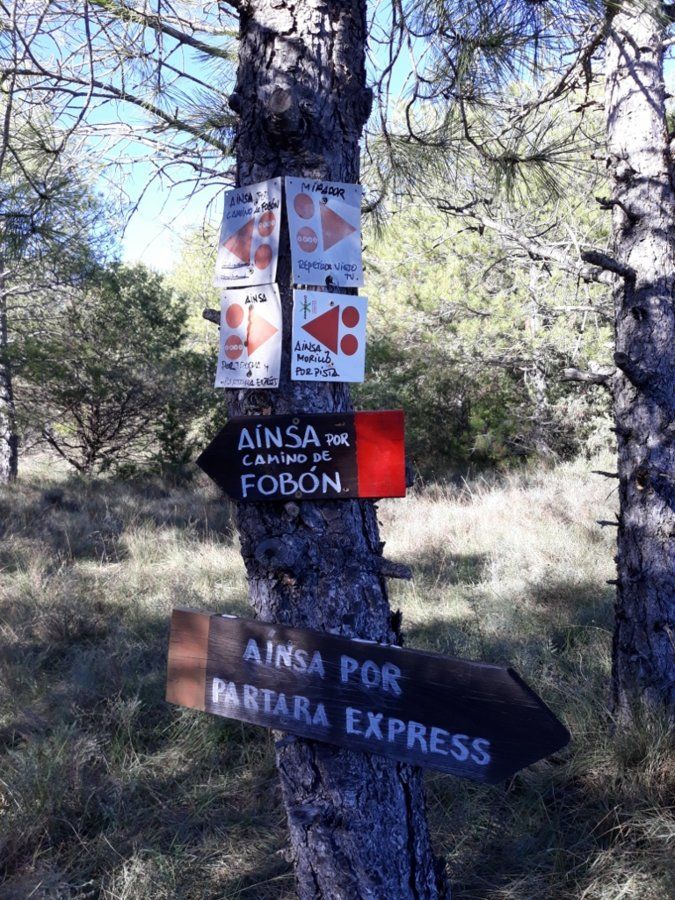 After a brief surprise cold snap, the sun is back out again today :-)

The weather in November is normally very nice - the trees have started to change colour and the first snows have fallen up in the mountains.

Today I'm out testing more routes, finding good picnic-lunch spots and generally putting plans together for some epic days of riding in the Pyrenees.

Did a ride from Boltaña today that came along the river, looped through the Ainsa Castle and then climbed up to the "Partara". Wanted to see how much snow had fallen to the north. Low cloud hid most the tops of the mountains, but there's certainly some snow where the peaks were visible.

There are several descents from the Partara so I came down the "Partara Express" first time then did the climb again and came down the descent that was used in the recent Enduro World Series held in Ainsa in September.

Both descents are ace :-)

Check out the Relive video here . . .

Ainsa and the Pyrenees . . . it's not all about the trails and the singletracks.

Today I blew the cobwebs off the road bike, dug out my road kit and we went out for a spin. Beautiful weather, cool enough for arm warmers but warm enough for shorts! The drivers here are patient and courteous and, as always, the views were stunning . . . .

We're putting together a route that winds its way through the foothills of the Pyrenees and passes through some of our beautiful local villages . . . . 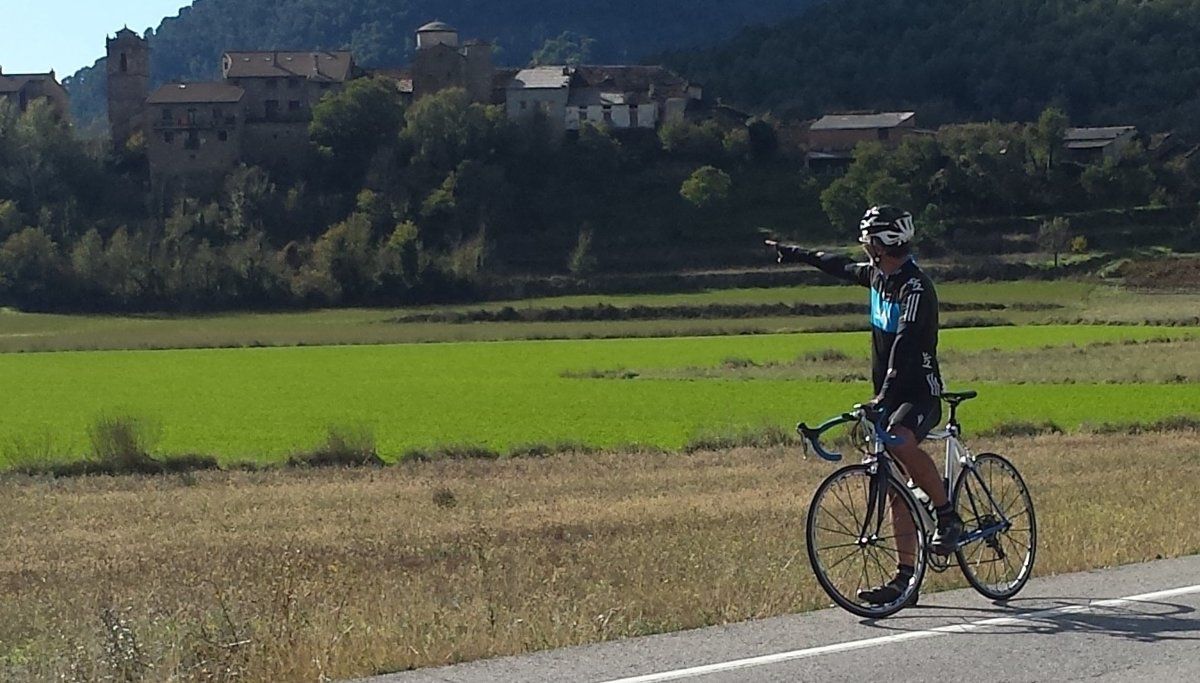 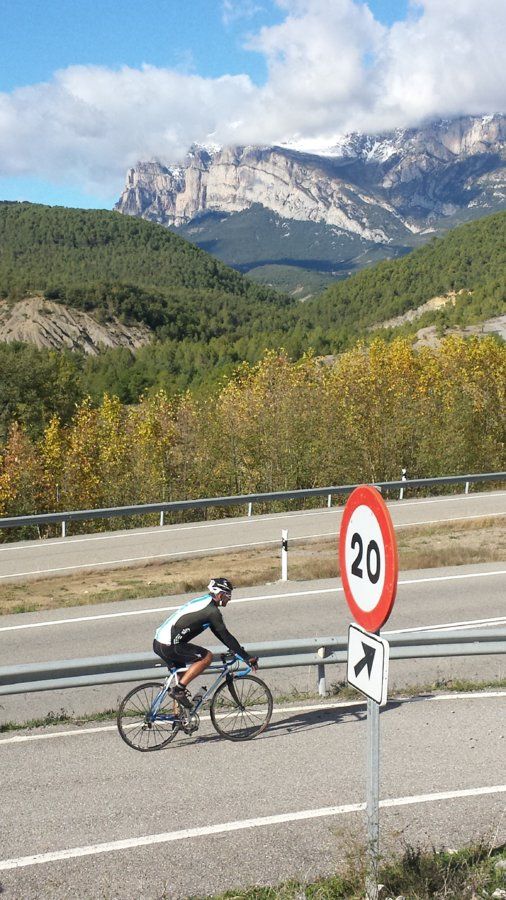 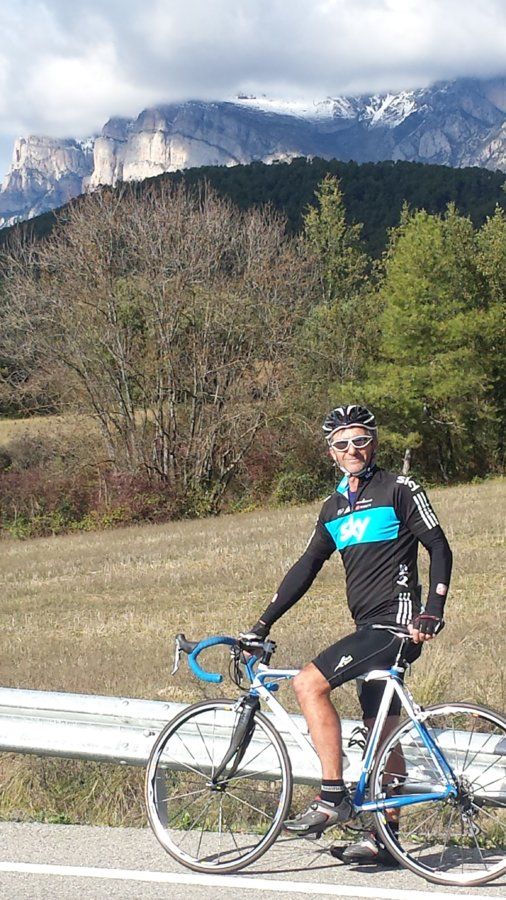 Zona Zero is the name given to an area on the Spanish side of the Pyrenees mountains that is home to a collection of around 1000 kilometers of signed and maintained MTB trails and, more recently, a collection of Road Routes.

The name Zona Zero means "Ground Zero" in English. Zona Zero is considered to be the "Ground Zero of Mountain Biking" in this part of the world.

Years ago, when Mountain Biking first became popular here, local youngsters used to ride their mountain bikes along the fire-break tracks, sheep trails and ancient footpaths of the area. Slowly but surely over those early years, lots of the little paths - or Caminos as they are known, were "bedded in" through regular use and joined together to form a network of trails. The "Asociacion de Amigos de los Caminos Tradicionales de Sobrabe" (the association of Friends of the Tradicional Paths of the Sobabe area) was formed to look after their upkeep.

Then around 10 years ago Spain (along with much of the rest of the world) entered a period of recession. Spain was hit hard and entered what is today referred to as "The Crisis". The bigger towns & the cities of Spain suffered, but the rural areas were hit especially hard. Testament as to how hard the rural areas were hit can be seen today when riding through the deserted and abandoned villages that litter the countryside. . . .

The story goes that a group of local businessmen, councillors and the members of the "Asociacion de Amigos de los Caminos Tradicionales de Sobrabe" sat down together one day to discuss what could be done to save the medieval town of Ainsa and it's neighbours from suffering the same fate as was happening to the rest of the country and whether the cycling trails could be a part of the solution. Ultimately, this is how Zona Zero was born.

Today Zona Zero is a large and professional operation. Bilingual staff in the office, new trails are being added all the time, accurate and easy to read maps are available in shops, hotels and tourist information offices and this year an App called "ZTrails" was released. Zona Zero has twice hosted a Round of the Enduro Series. In 2015 and again this year.

Geographically, Zona Zero is situated about mid way between the Mediterranean coast to the east and San Sebastian over on the west coast, and is 45km south of the French border.

Surrounded by beautiful scenery, mountains and valleys, fields and forests, rivers and lakes . . and all covered in a web of trails, tracks and paths, winding between the many villages and hermitages of the area . . . . Truly a very nice place to live! 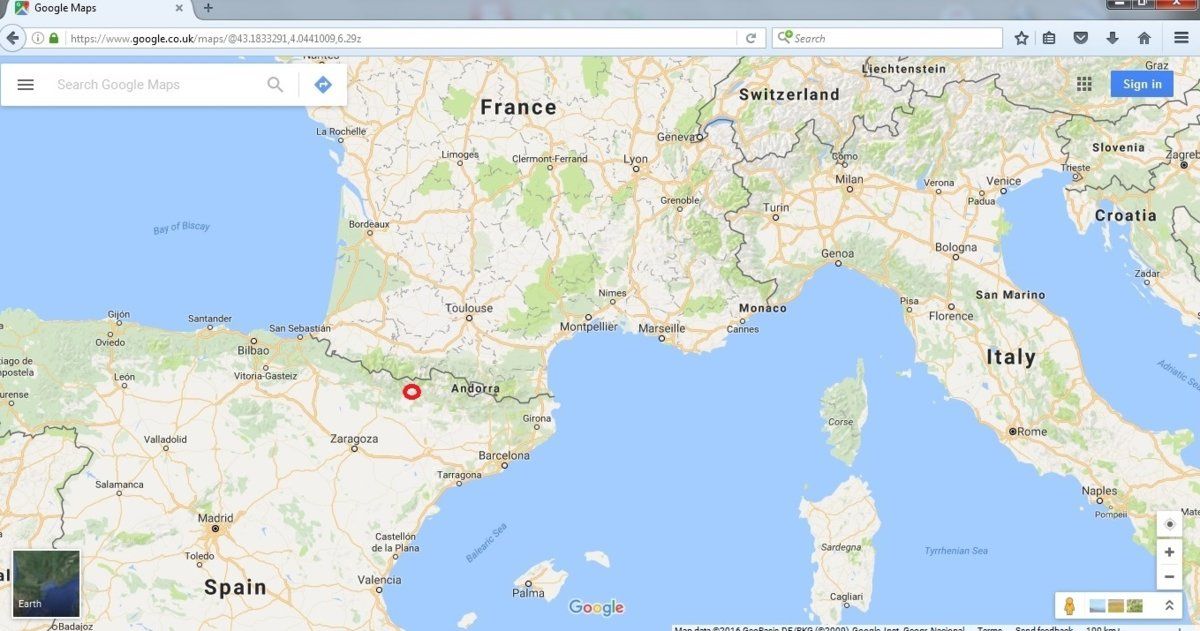 Bonus said:
The name Zona Zero means "Ground Zero" in English. Zona Zero is considered to be the "Ground Zero of Mountain Biking" in this part of the world.
Click to expand...

Phew! I was worried Franco had been testing weapons up there, as I understand he wasn't the biggest fan of the locals!
OP

for more pictures and videos.

mjr said:
Phew! I was worried Franco had been testing weapons up there, as I understand he wasn't the biggest fan of the locals!
Click to expand...

As I understand it from the locals, Franco forcibly moved as many people as he could from rural areas into urban areas, because it was easier to control them there.

Last night was a "Pre-Christmas Fiesta" up in the Plaza of Ainsa Old Town.

A big bonfire in the middle of the square to keep everyone warm, buy an empty wine glass for €3 and then you walk around the plaza visiting the 20 odd tables of locally made wine for an evening of wine tasting.

It's a tough job but someone has to do it - we need to learn what we can about the area we live in, including what they drink . . . .

Almost every family around here owns a vineyard of some description and this annual competition is a good opportunity for them to all get together and compare notes. The bottles of wine we taste from are numbered, but only one person knows which number belongs to which farmer - so it's all anonymous until the end.

They don't start eating until 11pm though and then they see Christmas Day "arrive".

Today it's a big lunch with other friends and then home for a little siesta . . . .

Merry Christmas to everyone at CycleChat!

@Bonus , out of interest, how is the actual building coming along? Have you done any more since sorting out the terraces, or is it all kind of on hold? Really interesting reading about the processes you're having to go through!
OP

irw said:
@Bonus , out of interest, how is the actual building coming along? Have you done any more since sorting out the terraces, or is it all kind of on hold? Really interesting reading about the processes you're having to go through!
Click to expand...

Hi irw - As far as actually building is concerned, everything is on hold. We've done what we can ourselves, but with it being a barn conversion, there's a limit to how far we can go without the finances in place.