si_c said:
I was about to suggest that you carefully inspect the welds and joins at each spot on the bike, so dropouts, bridges, tube intersections. I had a constant creaking on my Felt, turned out to be the top tube/seat tube weld.
Click to expand...

I've just swapped over the wheel from my singlespeed turbo trainer bike. I had in mind at the time i put that together that by using another 19 sprocket in the same position on the freehub, I had a backup wheel for the singlespeed road bike.

I had a turbo tyre on the second wheel so I've put an old road tyre on instead. Once the temperatures have dropped off a bit I'll go for a ride to test the bike with this wheel.

I will take a look inside the original freehub anyway. It wouldn't hurt to clean it and give it a light lubing.

Diassembled, serviced the free-cycle scooter for #1 child. Had a basic threaded type headset, bearing race surfaces formed from the actual steerer tubes and caged bearing sitting in it. Surprisingly little corrosion do lots of new grease and reassembled and tightened. Also got the folding mechanism working better, then drilled a couple of extra holes so the handle bar height can now suit either child better.

installed a replacement chainring on the carrera , as some one here suspected when i bought the chainset the chainring is cheese and already rubbing on the FD under load .
Still worked out cheaper than buying a branded set and for the commuter as long as its functional im happy but i learnt not to buy that set again

I found some shade in the garden and sorted out Gunk Jrs £15 Gary Fisher. It had a 8 speed cassette and 7 speed changer. The replacement 8 speeder cost less than a new pair of grips! 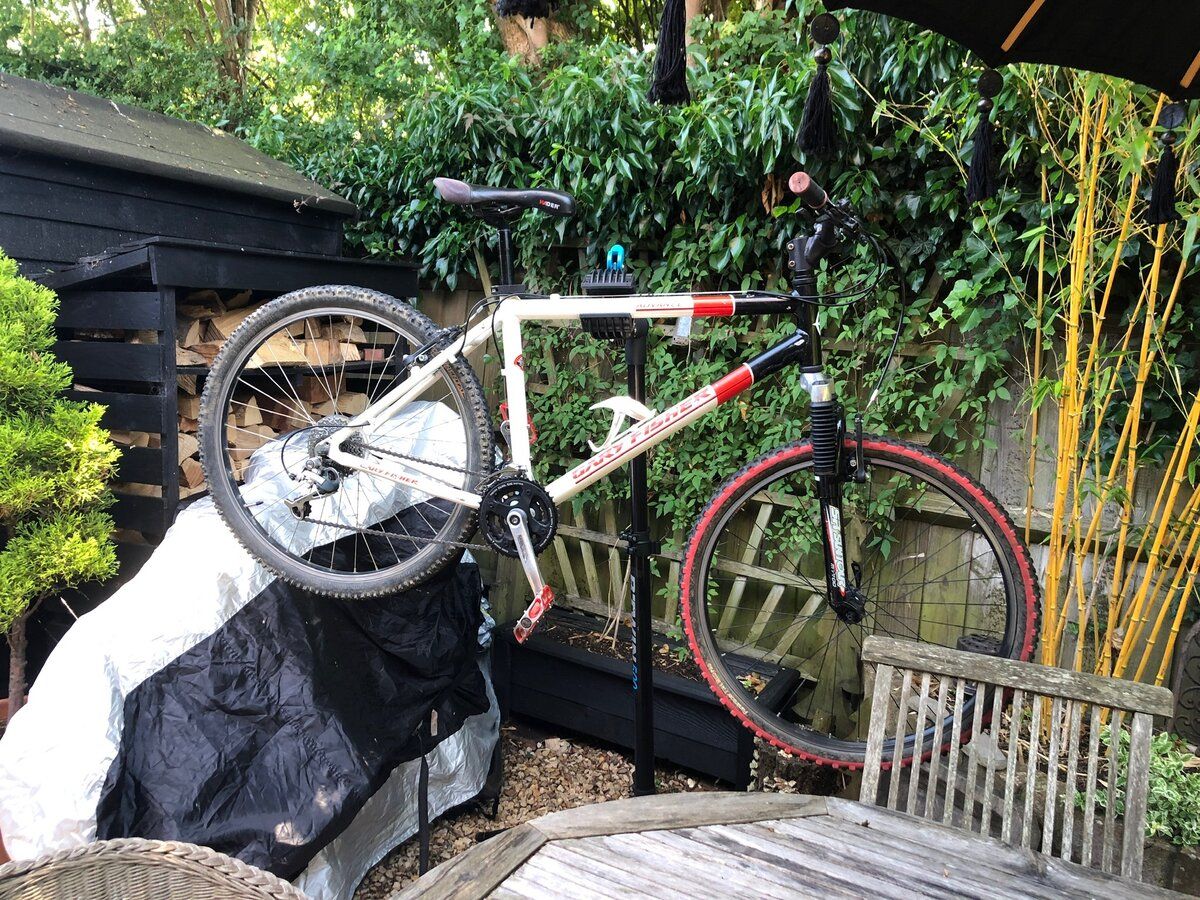 I also fitted some new grips, serviced the rear wheel bearings and fitted some washers to stop the tyre rubbing the frame. No dramas, it all came together well after some fiddling sorting the indexing out. 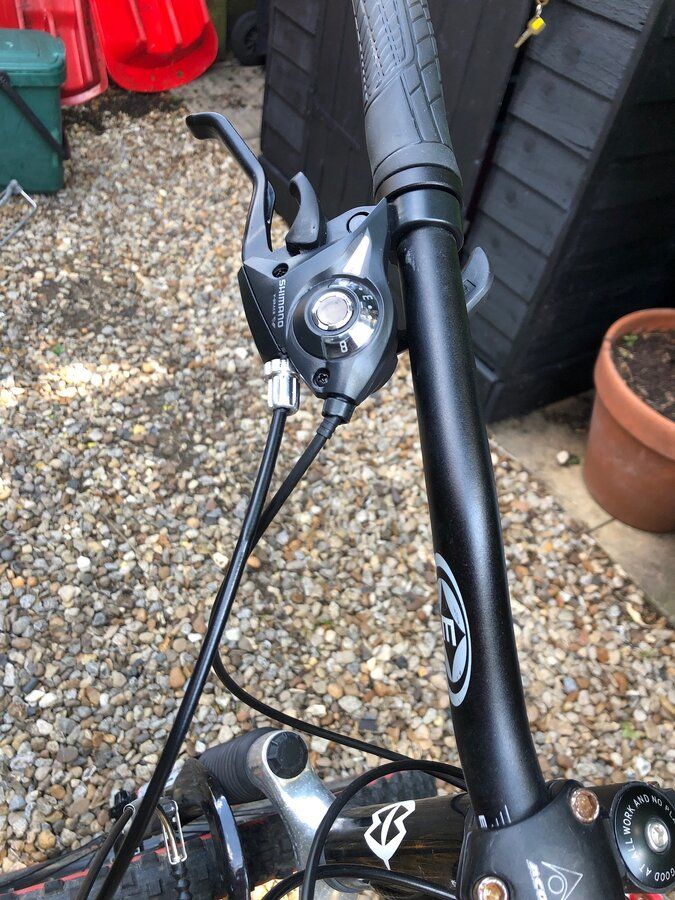 Total cost are now about £40, he loves it, ideal as a hack and it fits me so when things start to get back to normal it’ll be a perfect pub bike, here in Oxford anything decent doesn’t last very long! 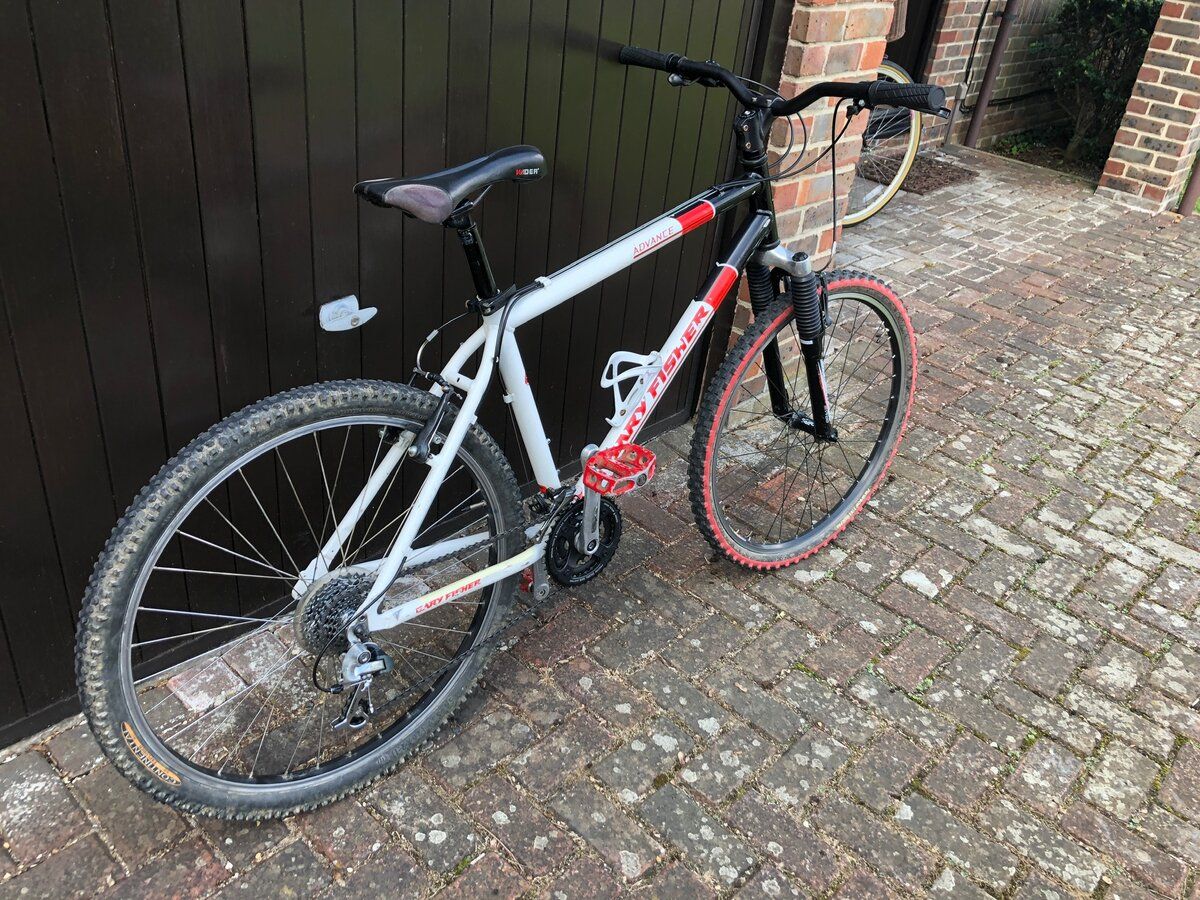 I also dragged this out from under the cover where some of the future projects are stored, had it a couple of years and paid a tenner for it. Probably the dirtiest bike I’ve ever bought. 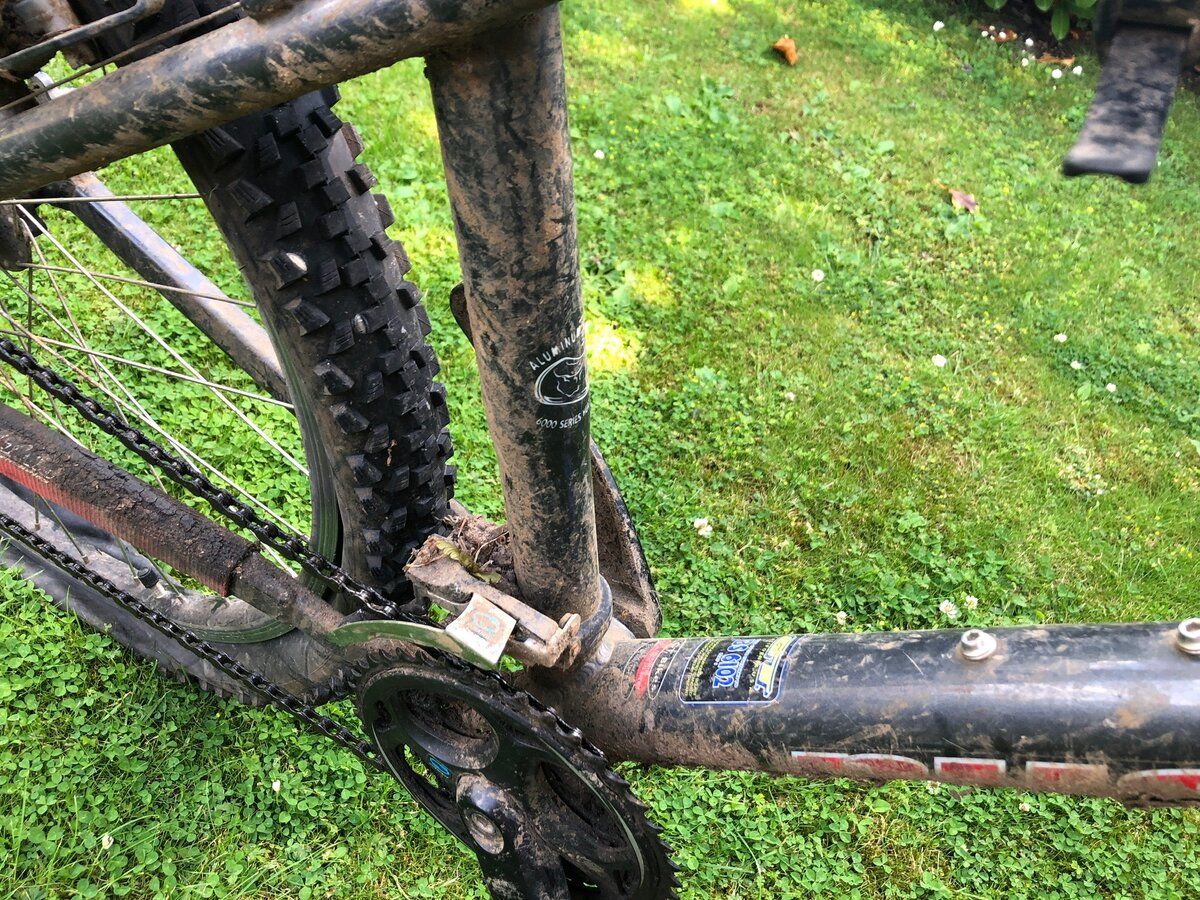 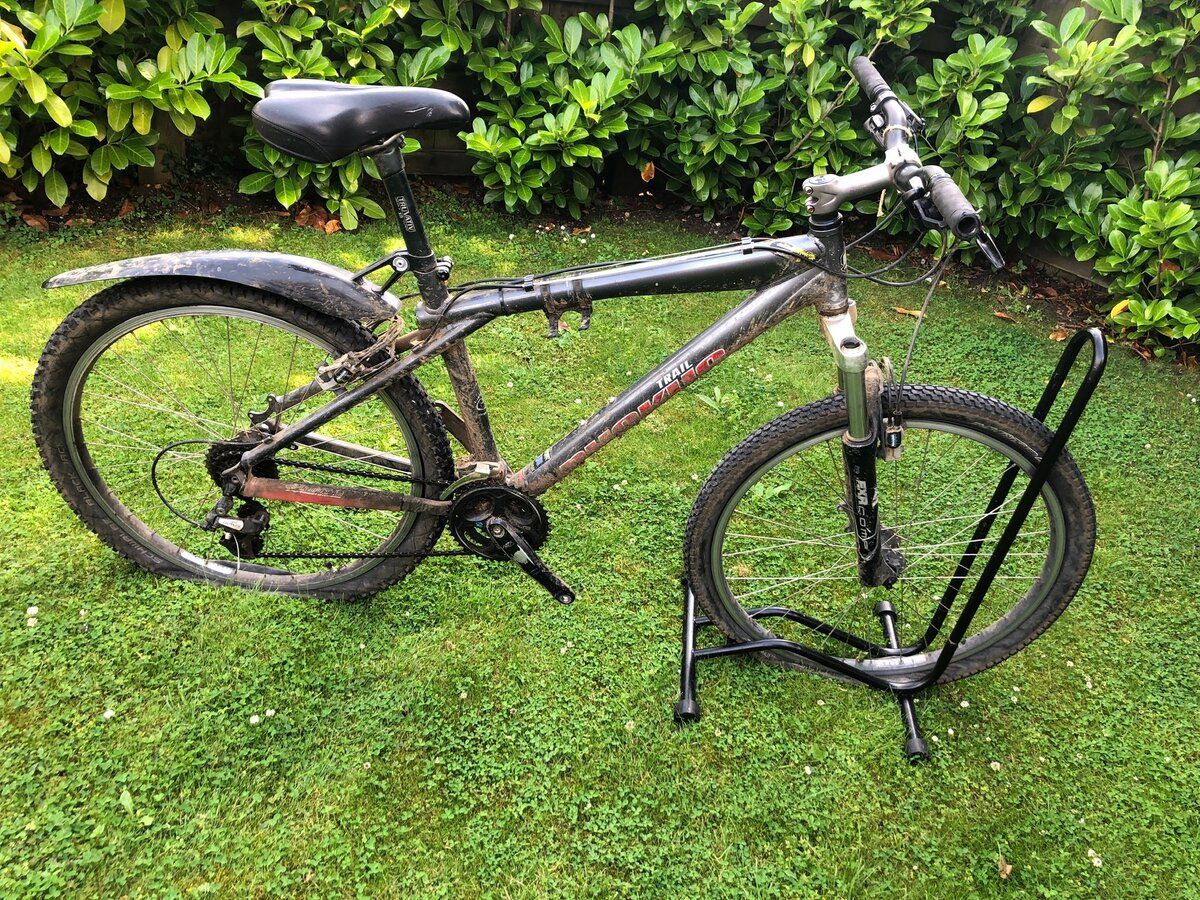 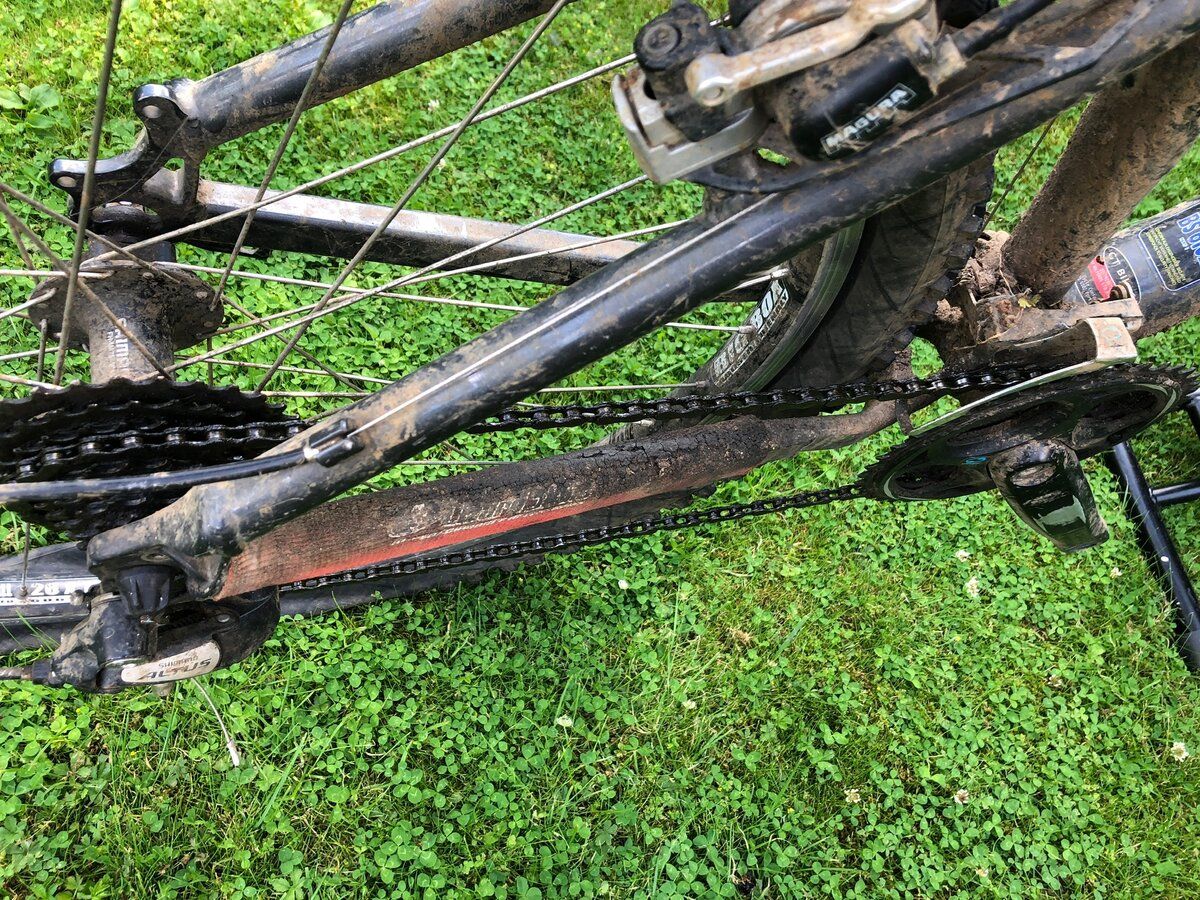 Some degreaser, soap and water and a Karcher soon sorted it out. The tyres hold air, the hydraulic rim brakes sort of work, so does the groupset. I’m not feeling the love for it so it’s now on eBay. 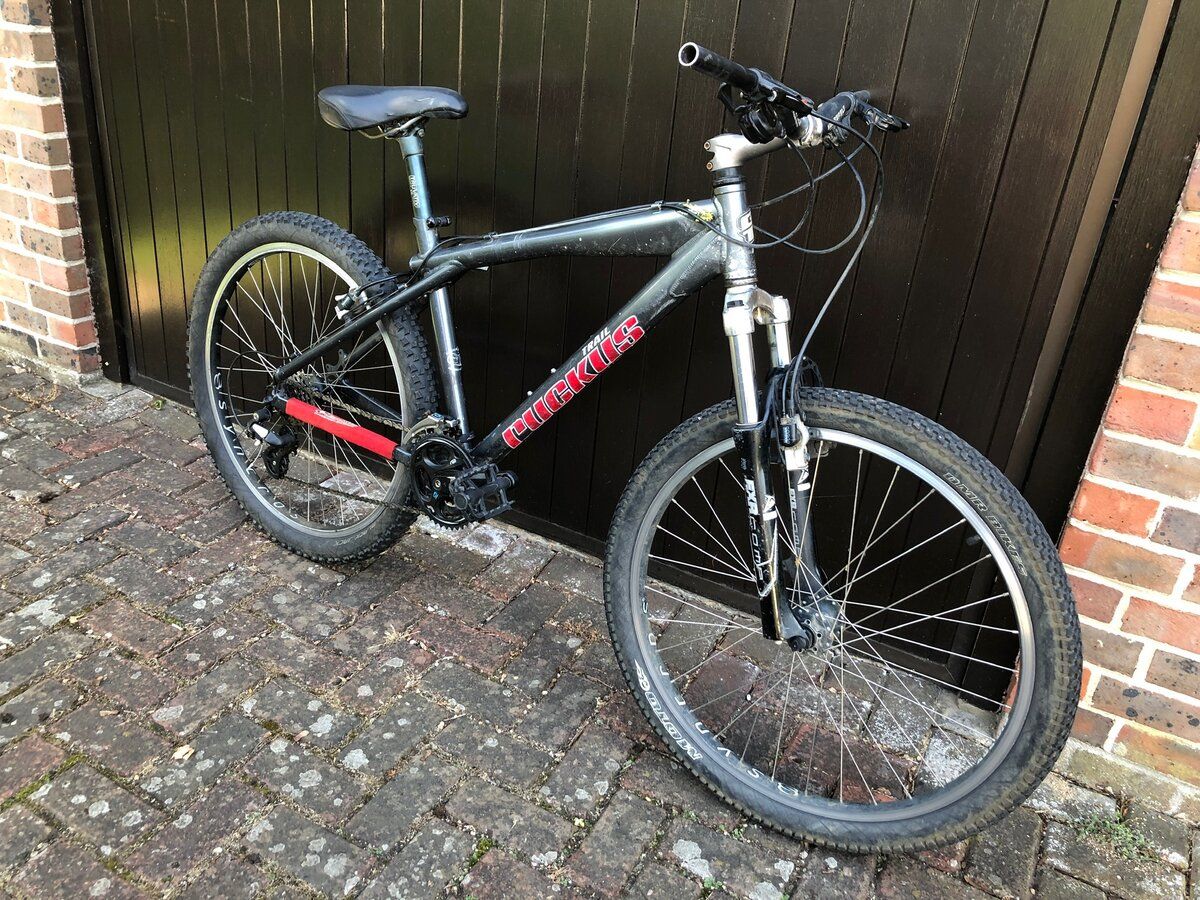 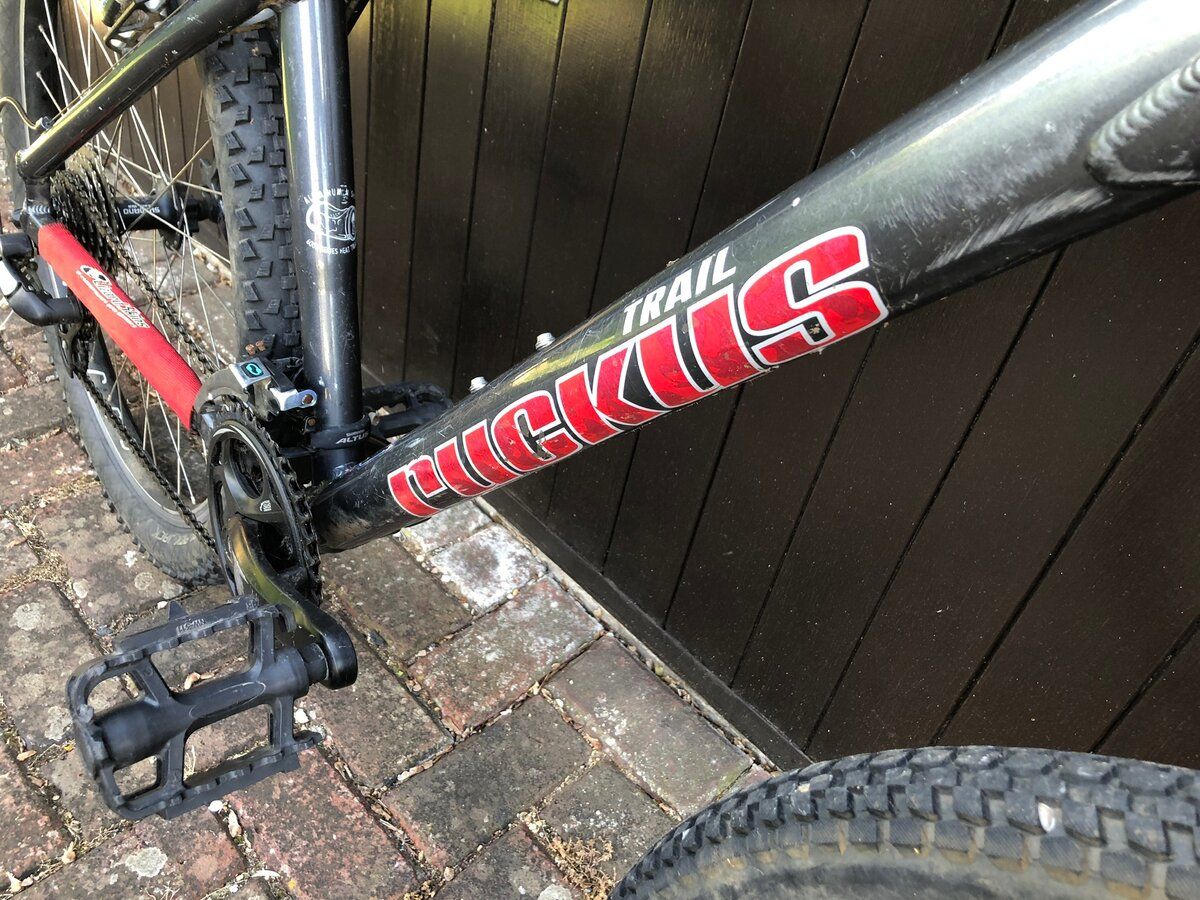 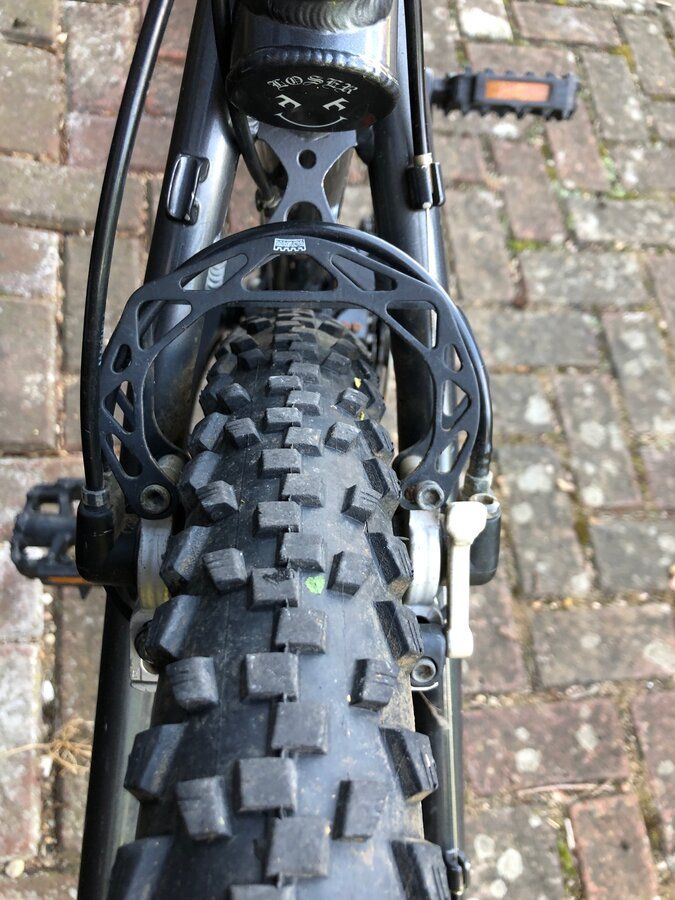 Redid the left hand bar tape on the race light as it had shifted and there was a gap forming.

Go on, tilt your head!

I've just replaced the USB port on my trusty Garmin 800. Charges up a treat now... no faffing around with cable. USB daughter board cost around a tenner from China.

Yet another test of my noisy singlespeed bike... Once again, it seemed ok for a short while but then the damn noise returned.

I was beginning to suspect that one or both square taper cranks were damaged due to riding with the retaining bolts not tight enough. I got a bit paranoid about OVERtightening crank bolts after cracking this crank a few years ago... 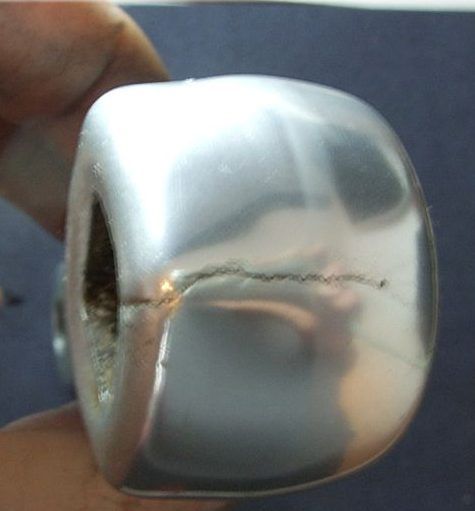 I reckon I went too far the other way after that though, and haven't been doing crank bolts up tight enough. I read the other day that they need to be "tighter than you would think". I checked and the RH one was not tight at all and that was despite having tightened it 'somewhat' the day before...

So, my next step was to swap the RH crank for the one from my turbo trainer bike. While I was at it I cleaned and lubed the chainring bolts. I did them up nice and tight, having got rid of any dry metal to metal contact points...

Another test ride... Ooh, that was sounding a LOT more promising!

SO... main noise problem solved, some saddle noise to deal with.

I stopped mid-test-ride and tried to tighten the clamp bolts - they creaked! The threads were a bit corroded so the bolts were reluctant to tighten. I waited until I got home, loosened the bolts, lubed the threads, left them for 15 minutes, then did them up again. This time I could tighten them properly without any creaking noises as I did so. I also lubed where the rails were clamped. I'll do another test ride... I am feeling optimistic now!


I took a look at the square taper hole in the discarded crank. I am sure that it is no longer square! I took a photo of it and have drawn a rectangular border round the hole to compare the edges of the hole to. (The camera wasn't directly above the hole so it appears to taper bottom to top, but ignore that. The important thing to note is the the corners look like they have widened due to movements of the crank.) 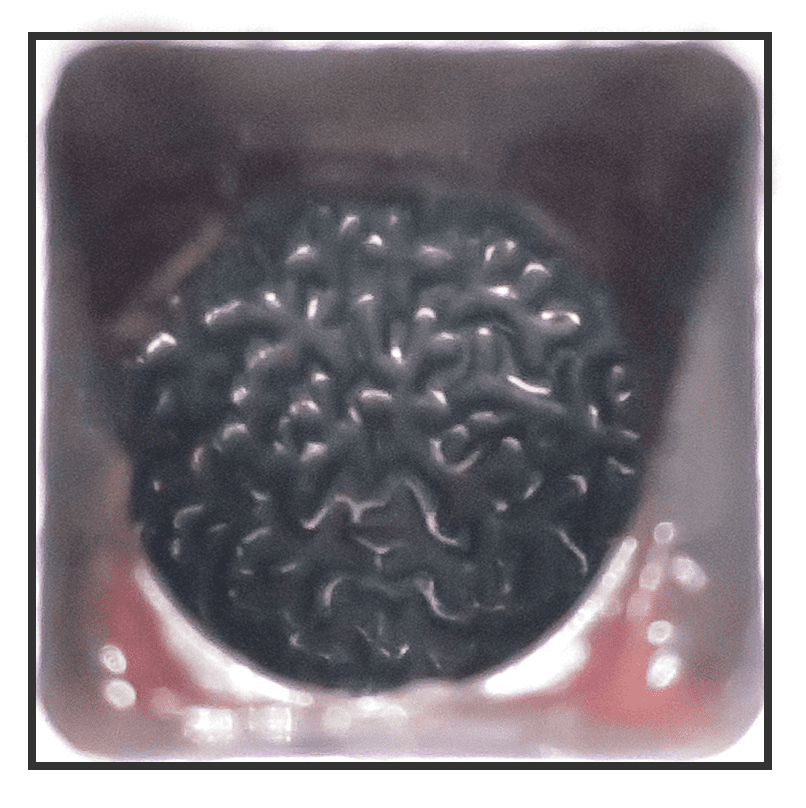 (I know that looks like a childbirth photo, but the red colour is actually grease, and the weird dark crinkled bit in the centre is the surface of the glass kitchen chopping board that it is sitting on!

Riding with the bolt not tightened properly obviously allowed the crank to squirm slightly and widen the hole. Those movements created the creaking noise. As the hole got looser, the crank got to a critical degree of wear, and that happened halfway through my recent Garforth imperial century ride. The noise was rapidly getting worse and I feared that something was about to break. I think that the crank would have broken eventually if I had just ignored the noise and carried on riding the bike over the next few weeks.

In the course of all of this, I have replaced the bottom bracket, the chain, the sprocket, and the crank. The crank was the only thing that really needed doing but it won't hurt having a newer sprocket on - the old one was getting pretty worn anyway. The old bottom bracket and chain probably still have a lot of useful life in them, so I will add them to my stock of half-worn spares!

I'll put the worn crank on the turbo trainer bike. I don't use it much and always have loud music on when I do, so I won't hear any creaks! I never get out of the saddle on the TT, so if the crank suddenly fails I shouldn't get hurt.

Now that the bike is almost silent, I can hear that there is a very minor click/creak every now and then. It may well be that the LH crank is damaged in the same way that the RH one was. I don't have a matching crank, but I do have one which would do the job if necessary. I'll see how it goes. If the subtle noise gets worse, or continues to annoy me then I'll do the swap. For now, I've had enough of messing about with the bike when I would rather be riding it!

Swapped the bottle cage bolts on the Racelight as they've developed some surface rust. I put on some "titanium" bolts I bought on ebay for a fiver. They may not be Ti, but they are heat anodised and look nice

ColinJ said:
Now that the bike is almost silent, I can hear that there is a very minor click/creak every now and then. It may well be that the LH crank is damaged in the same way that the RH one was. I don't have a matching crank, but I do have one which would do the job if necessary. I'll see how it goes. If the subtle noise gets worse, or continues to annoy me then I'll do the swap. For now, I've had enough of messing about with the bike when I would rather be riding it!
Click to expand...

Ha... I DID ride it, and that minor creak DID annoy me, BUT... the bike is really quiet when I stand up to climb hills so the RH crank, chain etc. have definitely been sorted out and the LH crank seems good for now.

The creaking only happened when I was sitting down, but I had already tightened the saddle clamp bolts...

It was 03:25 and I knew that I would be thinking about that creaking noise rather than going to sleep so I just took the saddle off to try to sort this final problem out. It took me about 10 seconds to discover what the cause is - one of the two rails on the saddle is not tight where it fits into the rear of the saddle! I might get away with dripping some lube in there. A better solution would be to bond it in there properly. I don't need to do either for now because I have a spare saddle and that one does NOT have loose rails. I'll put that on in the morning and do Yet Another Test Ride, and will be VERY disappointed if the bike is not quiet for that!

I'll make sure to sort out the creaky saddle before I need it for my mountain bike, which is the next bike to be sorted out.

Go on, tilt your head!

Started fitting my Di2 upgrade parts and other bits to the winter / all season bike last night. Just need some more headset spacers as my new stem isnt as thick as the old one. I assumed they were all a standard dimension in terms of stack height....sigh

Also sliced my knuckle open on one the brake rotors whilst undoing a tight thru axle.

I'm going to be a bit disappointed when @ColinJ finally does sort his noisy bike out. It will be like getting to the end of a really good book.

Dogtrousers said:
I'm going to be a bit disappointed when @ColinJ finally does sort his noisy bike out. It will be like getting to the end of a really good book.
Click to expand...

Ha ha - I feel the same way myself, but at least it's getting better all the time... (Maybe someone should write a song about it!

The problem is though, I am getting fussier and fussier now. I think the bike is probably as quiet now as it ever has been but after all of this effort I only want to hear the sounds of tyres on tarmac, and of the freehub clicking when I freewheel. Anything extra is playing on my mind.

I spotted another potential source of clicks - the valve on the rear tube was free to move round in its hole in the rim. I've put one of those knurled collars on now to make sure that the valve can't move.

I'm going to do a longer test ride this evening to see what the current state of play is.
Last edited: 22 Jul 2021

Hmmm, and I kept being tempted to suggest earplugs as a solution...