Anything at all, from a trip to the shops to TT to Audax to touring.

I actually had a really good cycling year all things considered.

But my best ride of all was the Col du Sanetsch. A wonderful dead end climb in the Swiss Alps from Sion in the Rhône valley to 2250m, starting through vineyards and ending amidst the gentians at the summit.

But what really made it was sharing it with two of my boys (young men really).

My best was a dead end trip too, with my wife following the River Avon from Tomintoul. We turned around at the point when the track gives out and it becomes a footpath, a few miles shy of Loch Avon itself. 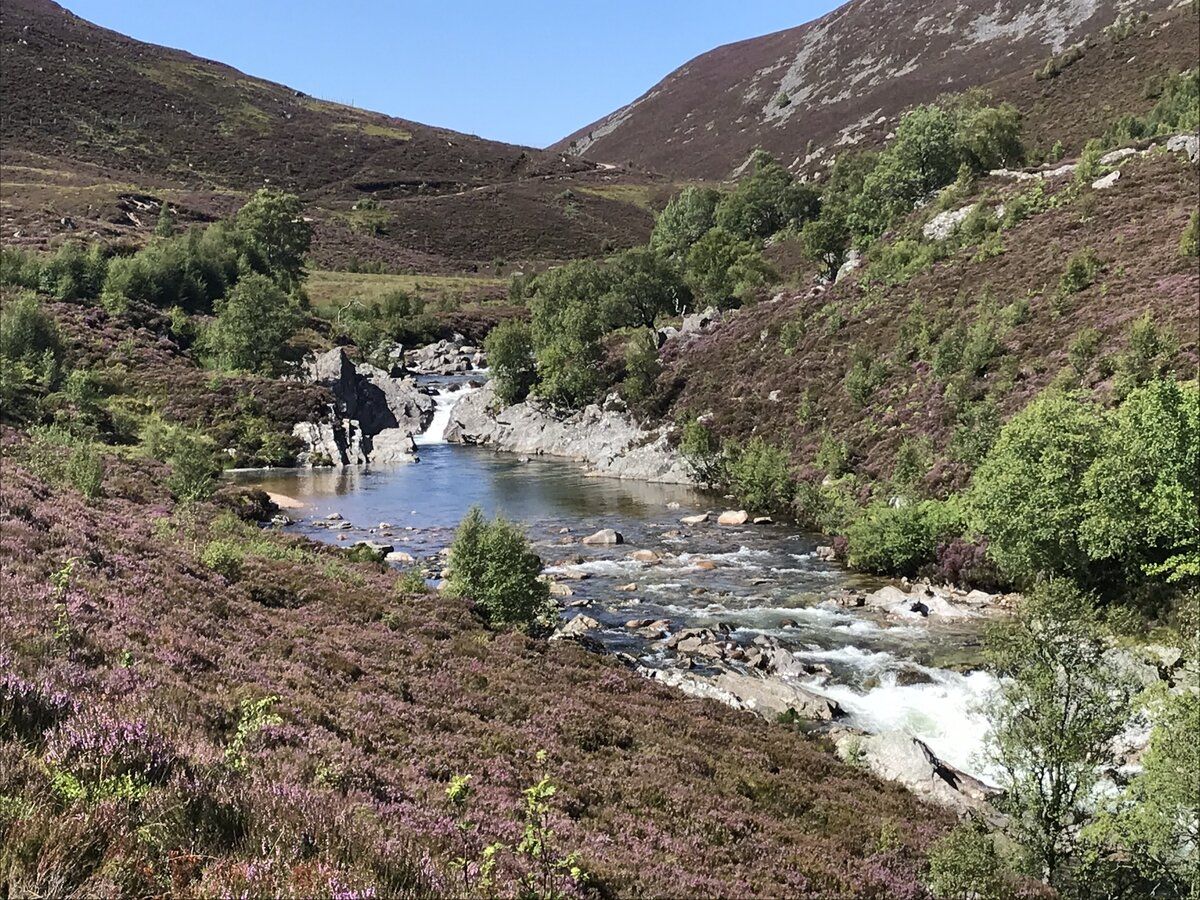 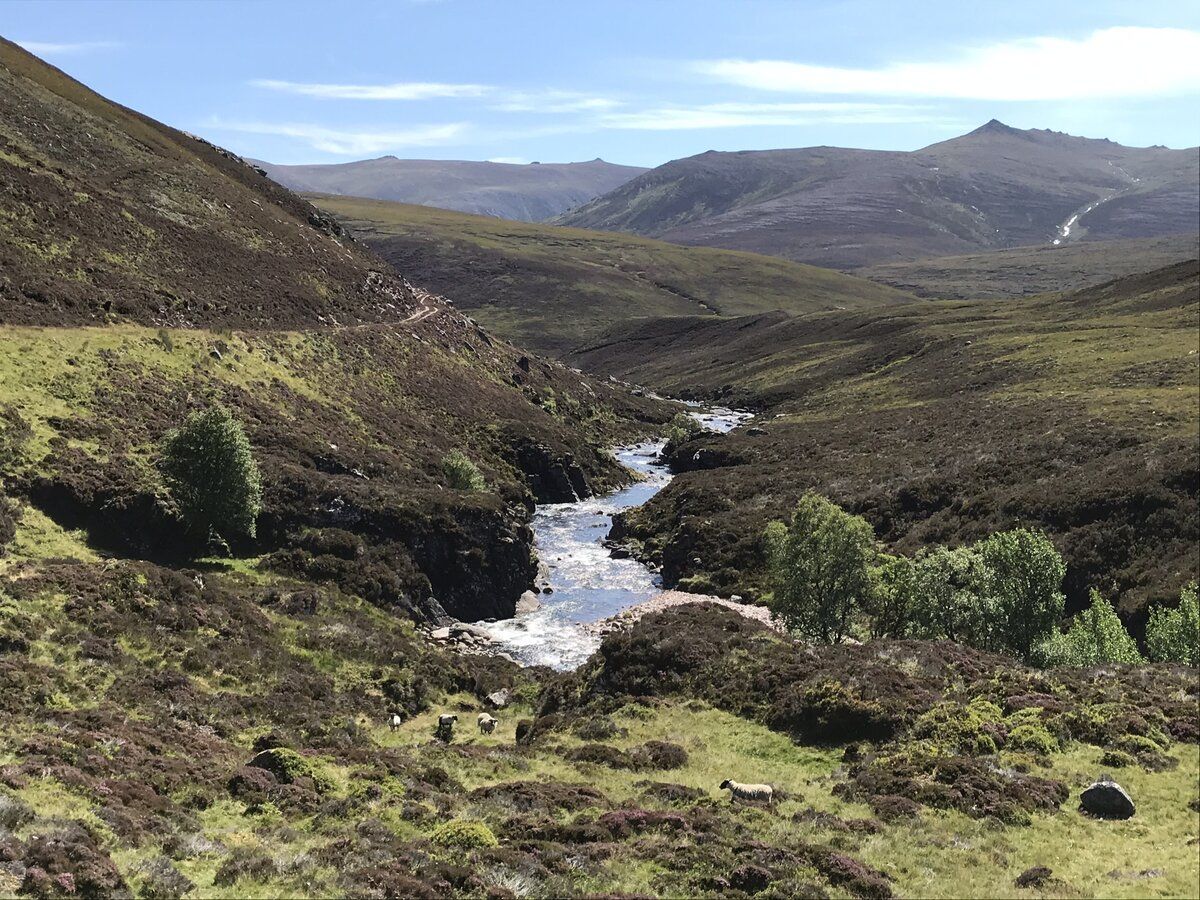 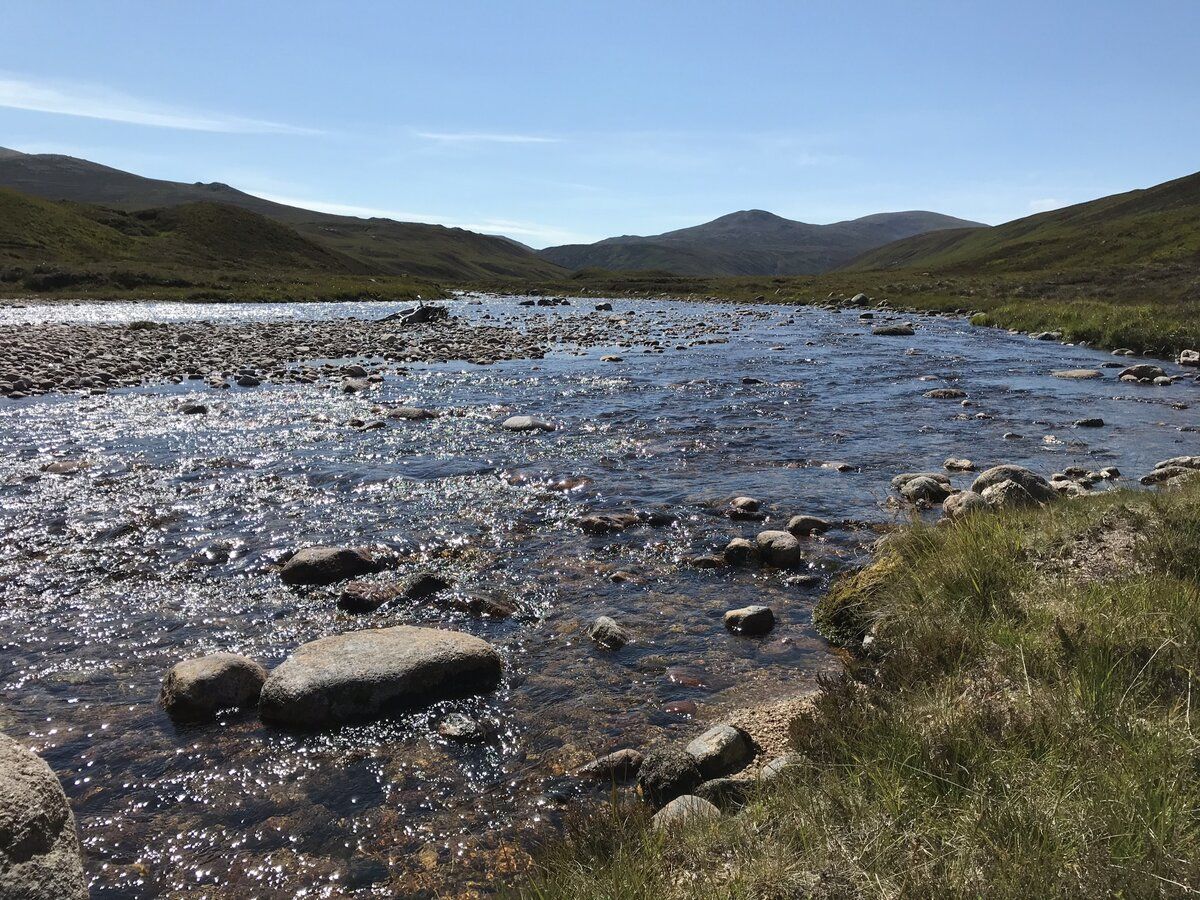 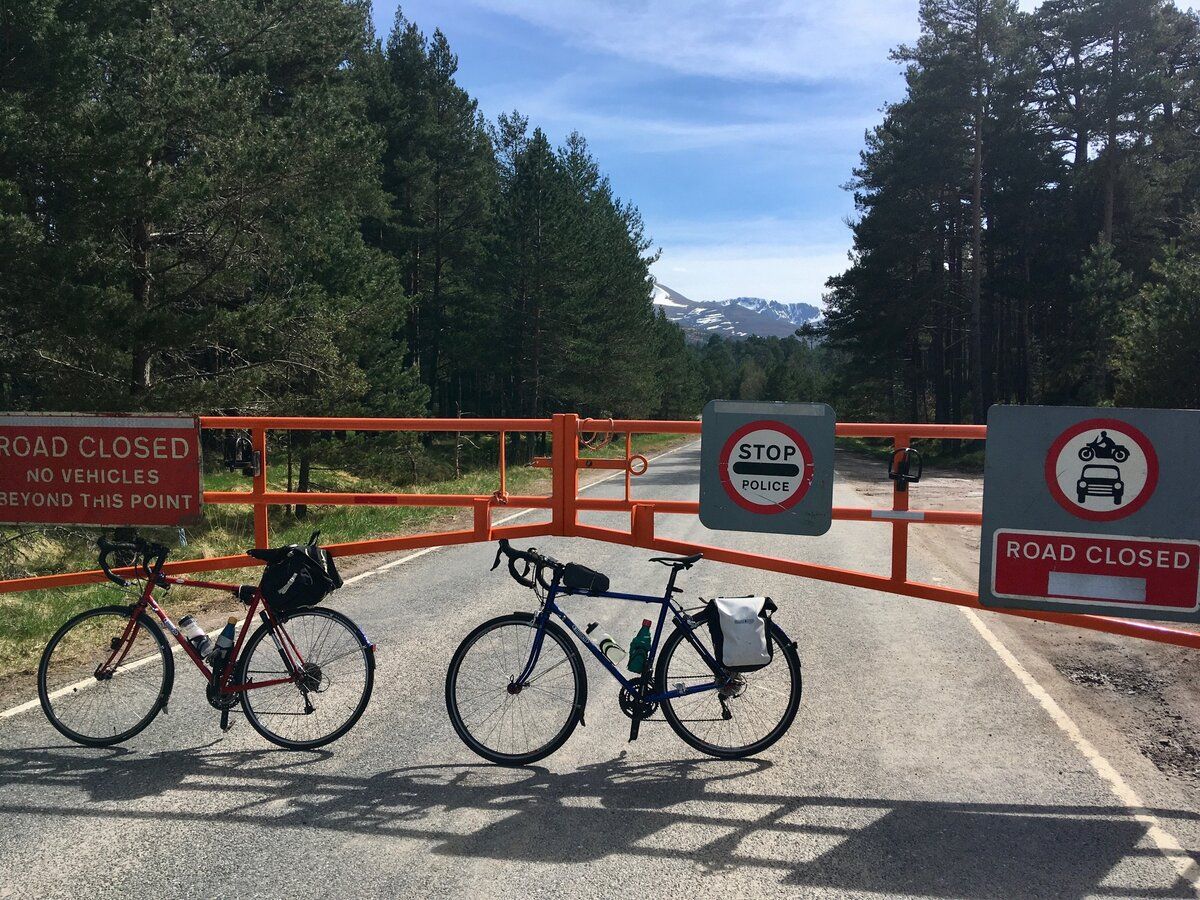 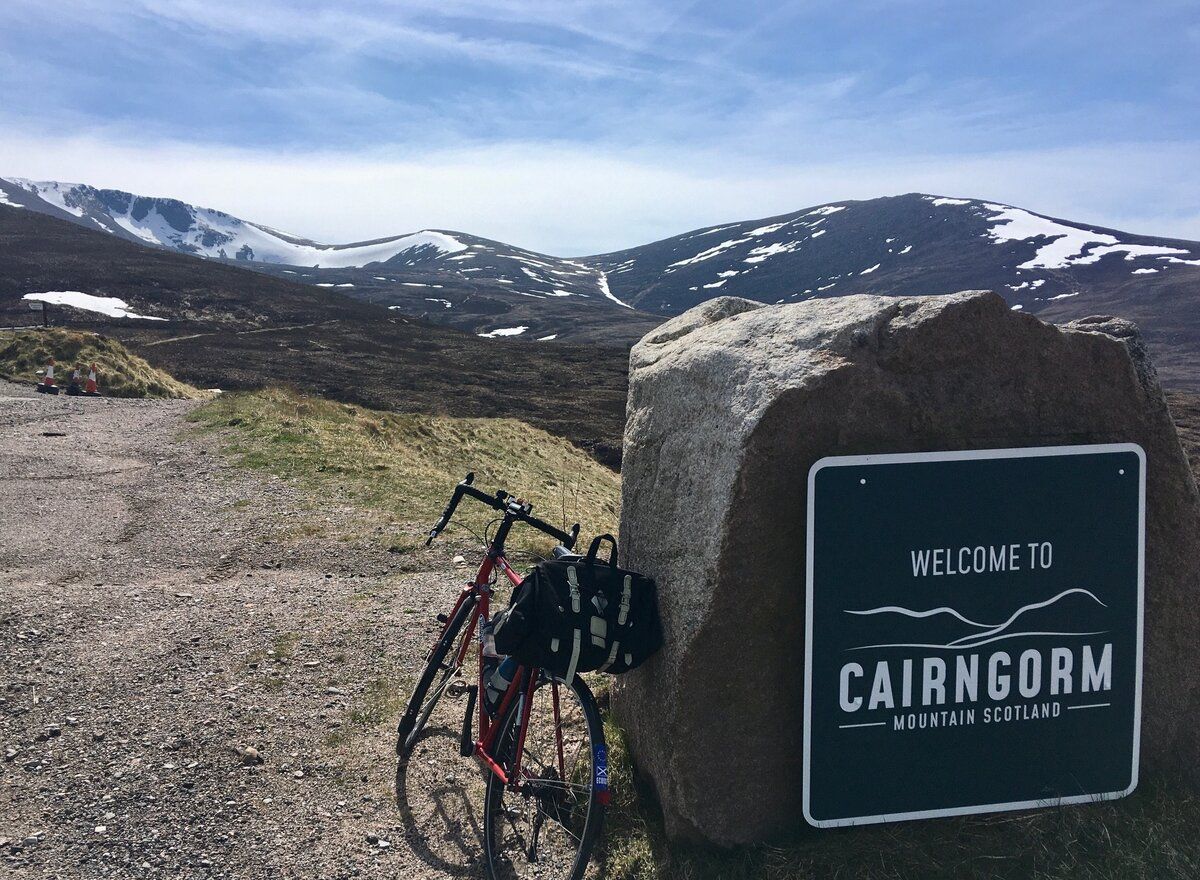 the 1st was April 4th, rode from where I live, East into Cambridge, MA, a densely populated urban area, not quite Boston, but still, it was an eye opener after being cloistered in my home (for about 4 weeks)


the 2nd, on April 11th, was more remote & it felt good to get the heck away from ppl & back to a place I love. a place where we had a summer vacation planned (& eventually completed successfully in July). the CCRT on Cape Cod, MA. we rented a Wellfleet house a stone's throw from the trail

Let me think now.... Must have been the commute on 3rd of August; I think that was the day it was dry - both outbound and homeward

.
Seriously though, nothing memorable this year. Not even a trip round Arran, for the first year since about 2012

. No annual trip to France, nothing of note at all. I've been one of those lucky (?) people who have been working while everyone else has been furloughed. Mileage not totalled yet, but likely to be sub 2k miles, easily the lowest since I took this cycling lark up about 10 years ago. Hoping for an improvement next year

Hard to say, I've been really lucky and had some great rides despite the pandemic.

There was Mount Stol in Slovenia and the 10km gravel descent. Then discovering the amazing gravel roads of Denmark in October. 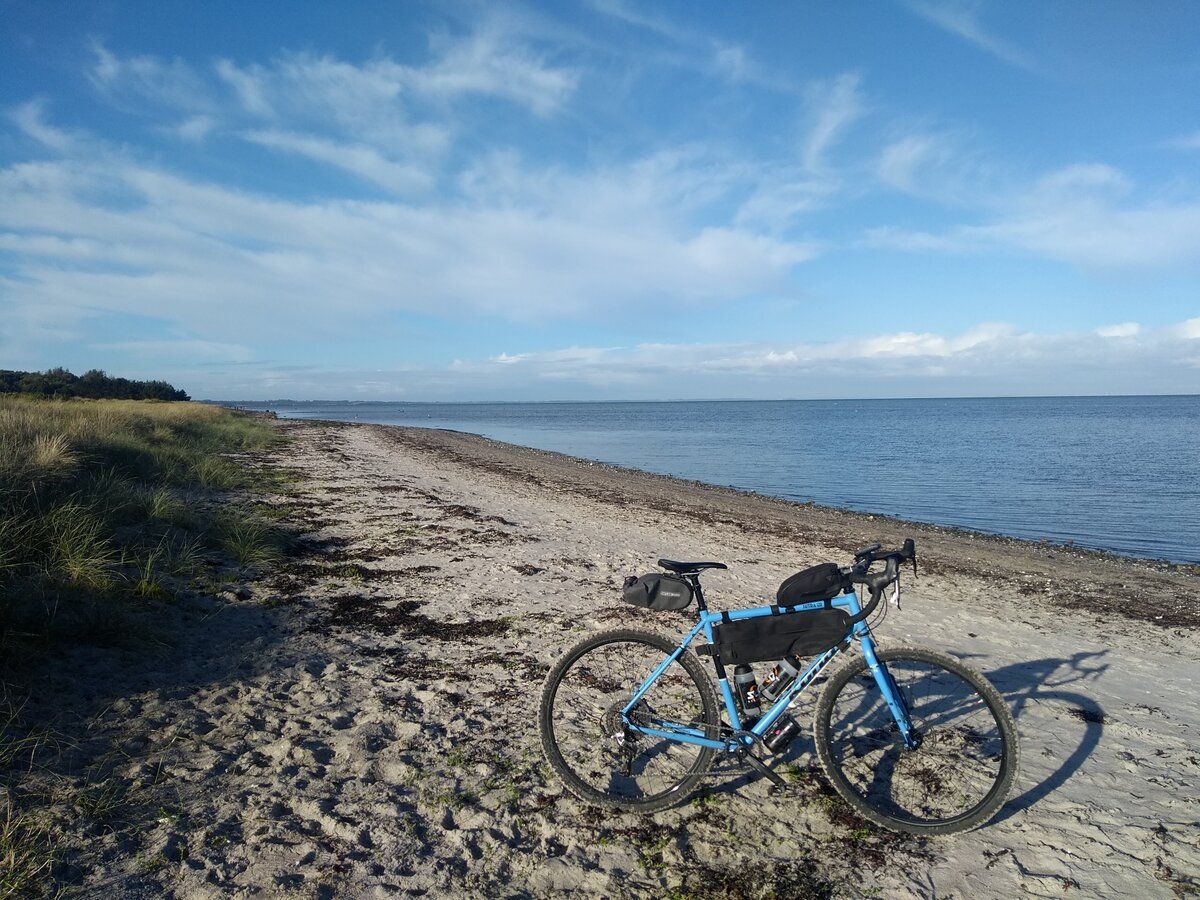 But a real highlight was taking my 7 year old son on his first overnighter. A 72km two day trip from our front door over the heathland and back. 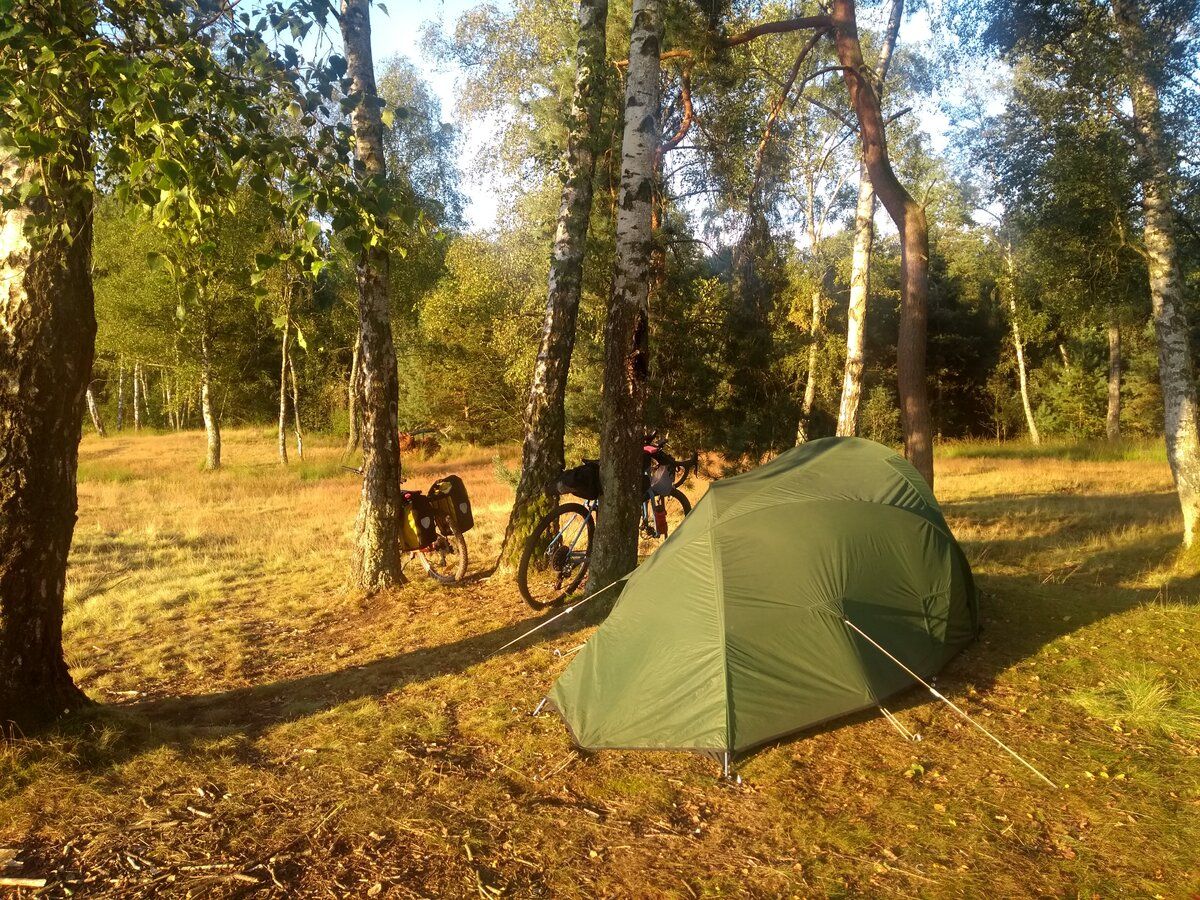 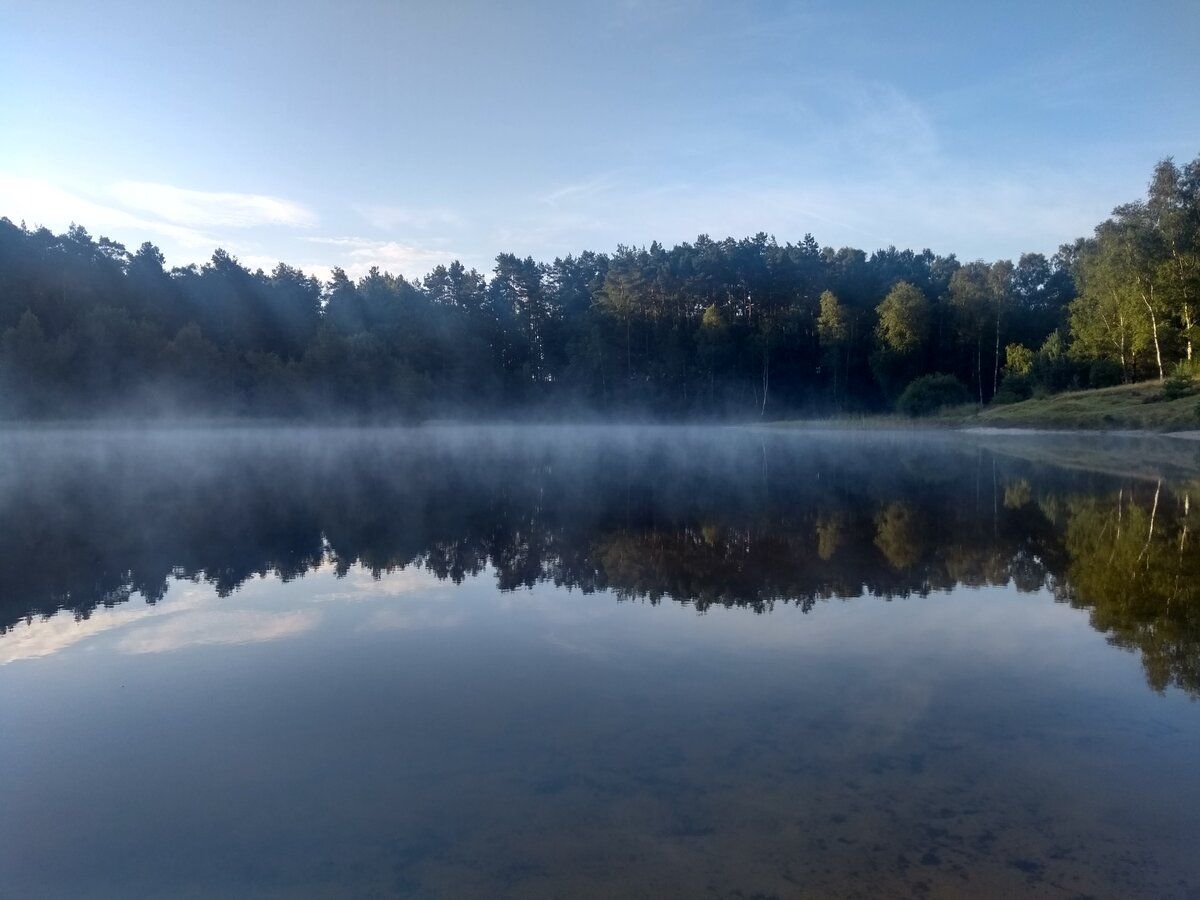 Nothing like those before, but a 40+ miler on August bank holiday was my best. In part due to finishing the bungalow to move into in June, and then work related pressures and aiding family with support during COVID.
I’m hoping to start the next 12 months with more frequent planned, but probably local routes, as my knees are ageing slowly, and the pain I have reduces when I cycle, so I have to do more.

Oh, I forgot my trip to Newton Stewart and back for my one and only overnight away on the bike this year!
I was even blessed with good weather and a slight tail wind in both directions for the 80 miles each way ride.
Easily the best ride of 2020, due to lack of any competition! 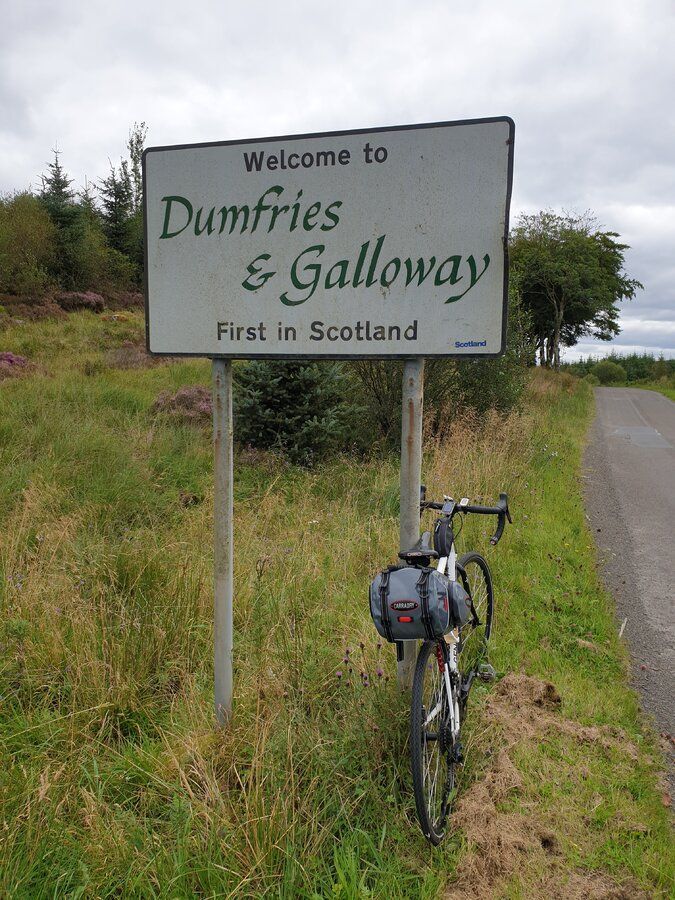 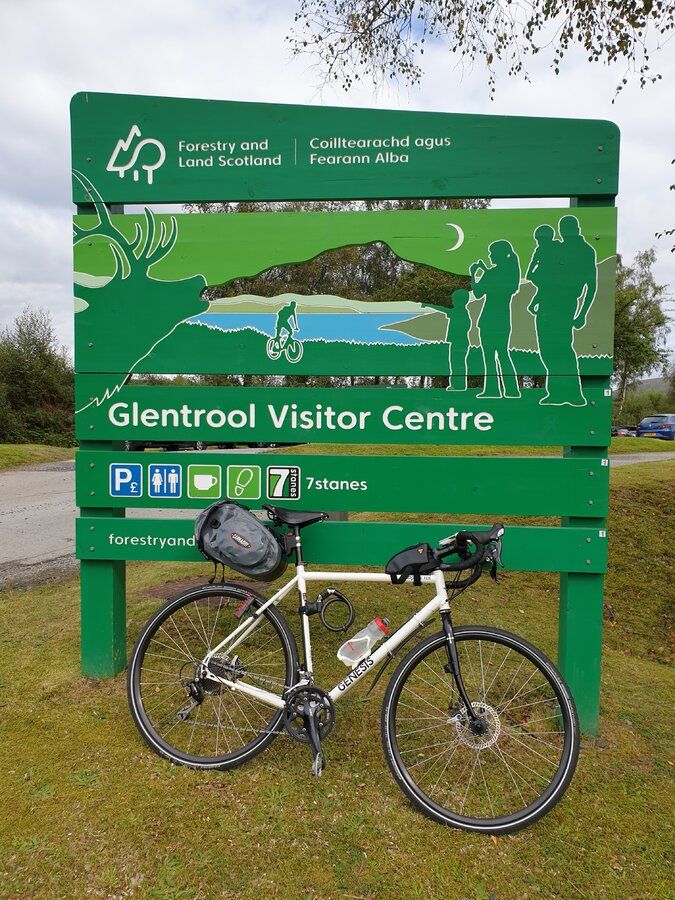 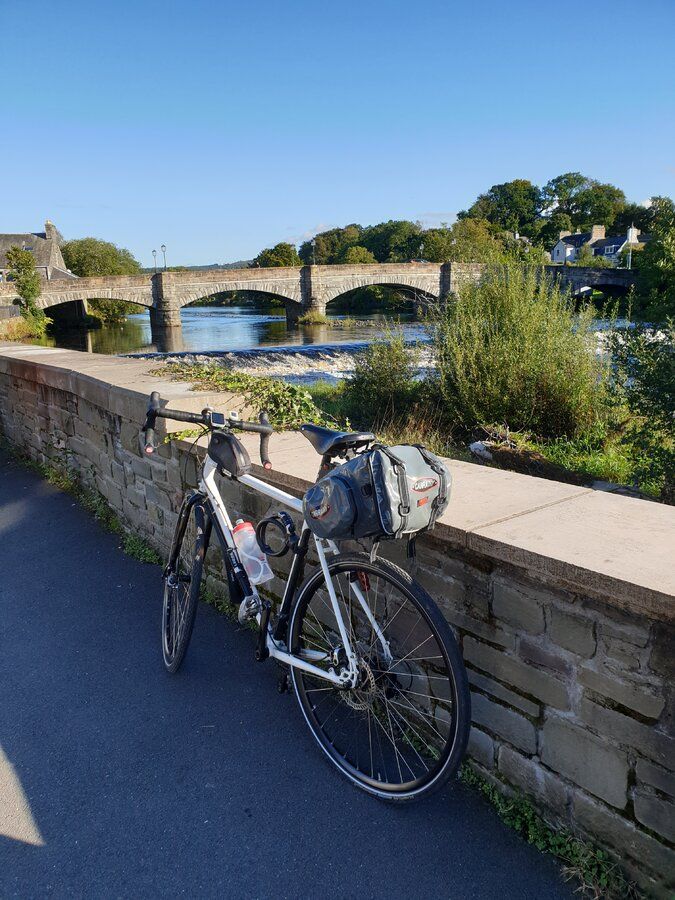 Nothing really exciting for me this year. A lot of close to home cycles and nothing new. I was quite happy with my last TT which despite horrible conditions (33mph gusts) was nearly a minute faster than my TT on the course 4 years previously when the bike was new for a lot less effort. I have added a disk wheel and changed my position but being in my mid 40s now I am happy with that.
2016 https://www.strava.com/activities/7...G6H5auCfshivnlnxsN0iQXmz5BNKf6_XO9FyHMymDQFUA

yikes! how did your brakes hold up?

Really well actually, however, I really wouldn't wanted to have touched the discs afterwards! but I suffered no fade or noise I was glad I had hydraulic discs and not canti's.

I did carry a spare pair of pads with me, but after 430km and 8500m of ascent and descent, there was plenty of life left in them.

Best or worst? I'm not sure. Friend Richard & I decided to catch up with AUK events and ride my Exeter-London 400 at the beginning of October. It turned out to be the wettest weekend of the entire year, utterly non-stop. Mid-day start, we rode NW to Wells and West to Durrington before turning North to follow the Avon towards Swindon.

At Stow-on-the-Wold we turned towards Buckingham. There was a flooded ford to wade through, clinging to the barrier to maintain balance. After Buckingham & Aylesbury there were some final rural lanes to negotiate.

In a flooded village I hit a pothole and swerved into a parked car, wiping the wing-mirror off and collapsing in an undignified heap in the water. We were invited into the pub opposite for a cup of tea, and sat with our feet in 4" of water. Left details to pass on to the car owner* and continued into the urbs, past Watford and on to Watling Street/the Edgware Road, to the finish at Marylebone in 25hrs

We were too cold to stop, so rode straight on towards Waterloo and the train home. We were later than intended, and the London Marathon caused us some delay as we had to find a way around the closed roads.

Once on the train I finally started to warm up again, and, by the time we reached our destination, I was almost dry.

Unsurprisingly, there are no photos of that journey. Two weeks later we made an abortive attempt on the Kernow & SW 600 (an extremely hard, hilly route, curse the organiser). We got about 300k in before deciding our legs, or possibly our minds, were not quite up to it. 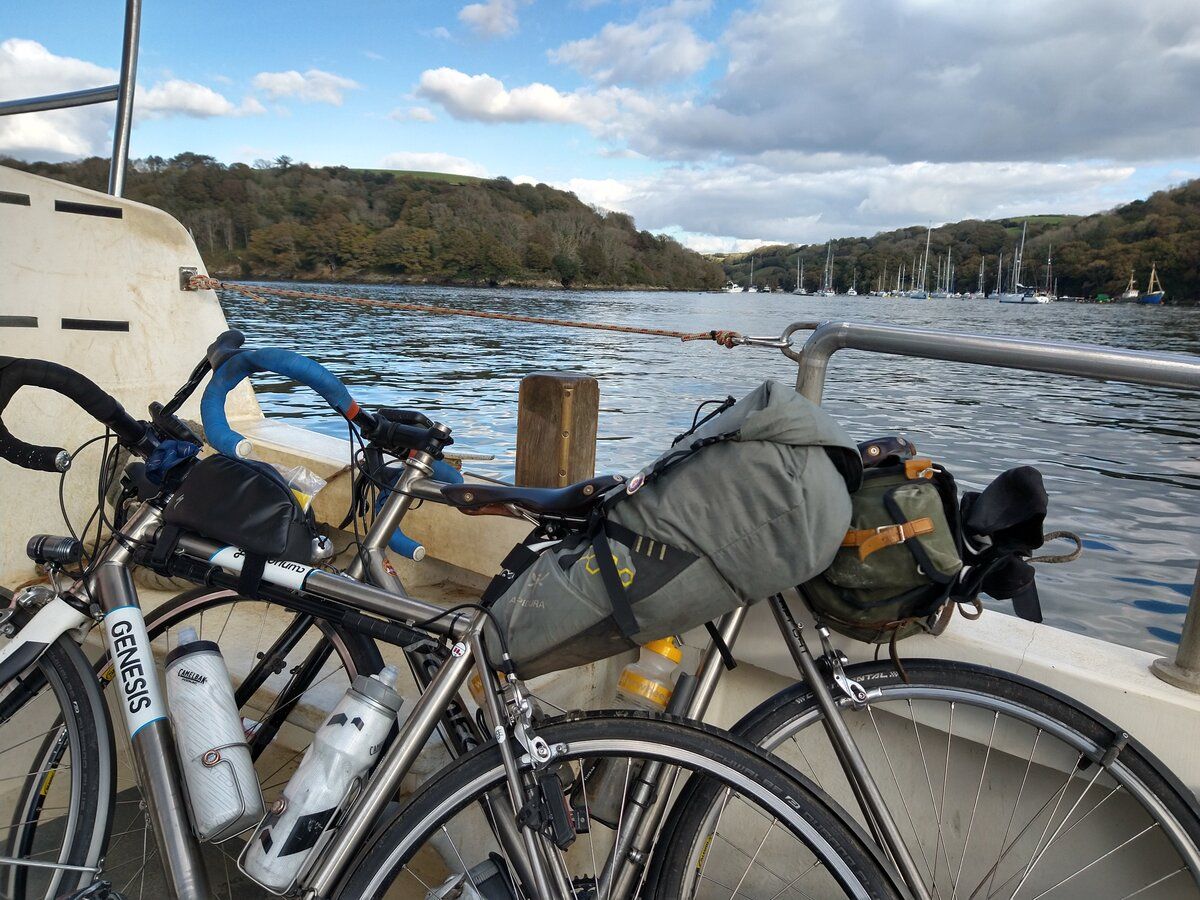 *CTC insurance settled in full with the owner
J

They've all been good.
You must log in or register to reply here.
Similar threads