Hello and good day to you! I've just registered 🙋‍♀️

I'm glad to have fpund cyclechat, for I've got a request, in need of assistance with a technical problem with my Pendleton Somerby e-bike.
I've bought this bike at Halfords Newton Abbot, as a testbike, for half of the price. Nov. 2019. The condition is very good, until this day. Looking as if not used.
The issue is with the battery keys, lost in the transport to the Netherlands. The battery can't be released from the bike. I'm riding the bike in my home and charge it, that's a practical solution for now.

After initial efforts of the manager in Halfords Newton Abbot, trying to find a new set of keys for the battery, which aren't present anymore, due to the production of this bike coming to an end, and a second attempt to order a battery plus rack for me (the battery is attached to the rack and can't be delivered without it, I'm told) no results showed up and even communication has come to a stop. No response whatsoever. There's a Halfords in the Netherlands as well, but it's a separate organisation, only the name matches. After contacting Halfords in the Netherlands, I received a response, saying that I needed to solve the issue in Britain, contacting Halfords where I bought my bike. That has come to an end, unfortunately.

I'm planning to take my e-bike to Britain again, travelling for a while. In that condition, I shall need to take off the battery, wherever I park my e-bike. I'm informed about the value of e-bike batteries, attracting thieves who simply break it loose with a tool. Of course, in cities I'm more at risk, but nevertheless, I'm trying to solve the key-problem with your help, if possible. Although it's not the main problem, as you will understand, for I can charge the battery without too much trouble, riding my bike in my home. For the moment.

The second request:
Is there an owner of a Pendleton Somerby e-bike experiencing problems with the turning of the pedals losing the grip on the chain, with the effect of pedalling without feeling resistance, while the motor is still working? (when it's on of course). This issue started only at rare occasion, when I stopped at a traffic light. When stepping on the pedals again, the pedals were turning without resistance of the chain. Only when I turned the pedals in reverse, it worked fine again.
This problem began to happen more often, until I decided to not use it, due to the risk of losing balance on my bike, and find myself stranded without being able to ride back home, unless by using the power of the motor still working when I turn the pedals around, which is a tricky way of riding the bike. When I was stranded one day, I parked the bike near a square and asked passers by if they could help me. A group of young men arrived and they were willing to look at the bike. Although the pedals were turning without effect, one of the man pressed the button to start the motor, and the bike shot forward with this man holding the steering wheel. He almost fell, and I've eperienced this as well. It's simply not safe to ride my bike now.

I've made good long trips with this e-bike, since end of May 2020, and so far I'm very pleased with this bike. I've looked into the technical details of e-bikes and I believe that the disfunctional part causing disconnection between pedals and chain, is called "rotation sensor". I'm not entirely sure if that's the part I need for a repair. The motor of my e-bike is a Bosch Motor Raleigh Model. I'm including pictures of the battery and the type of Pendleton bike I own. 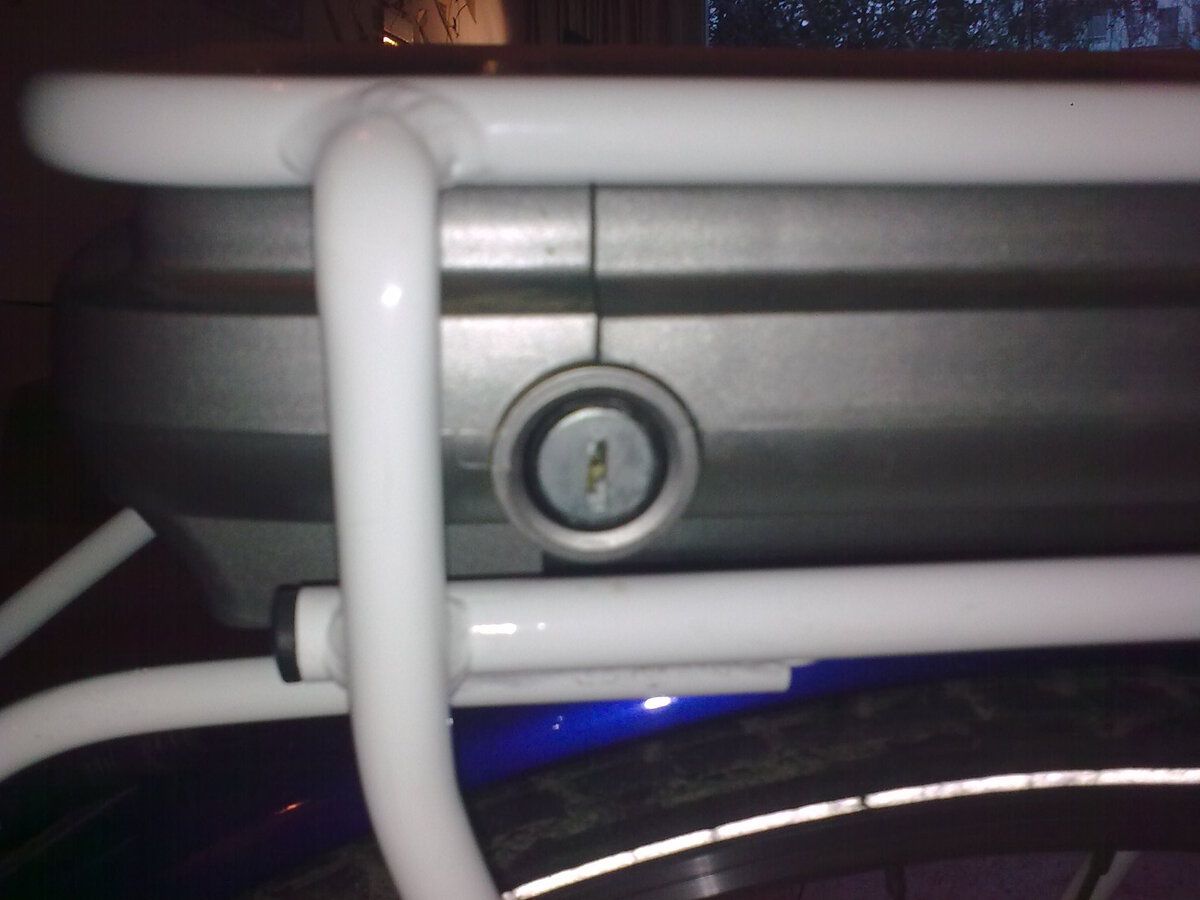 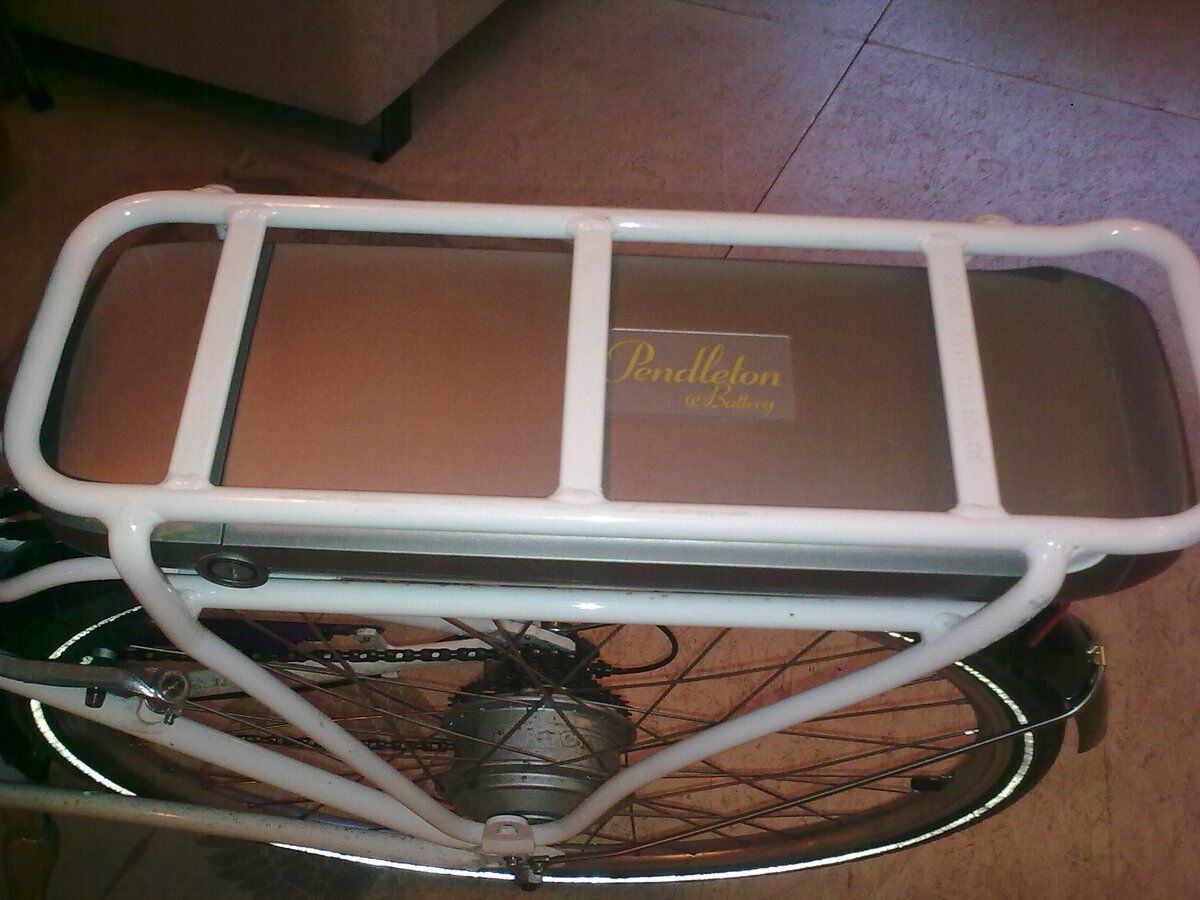 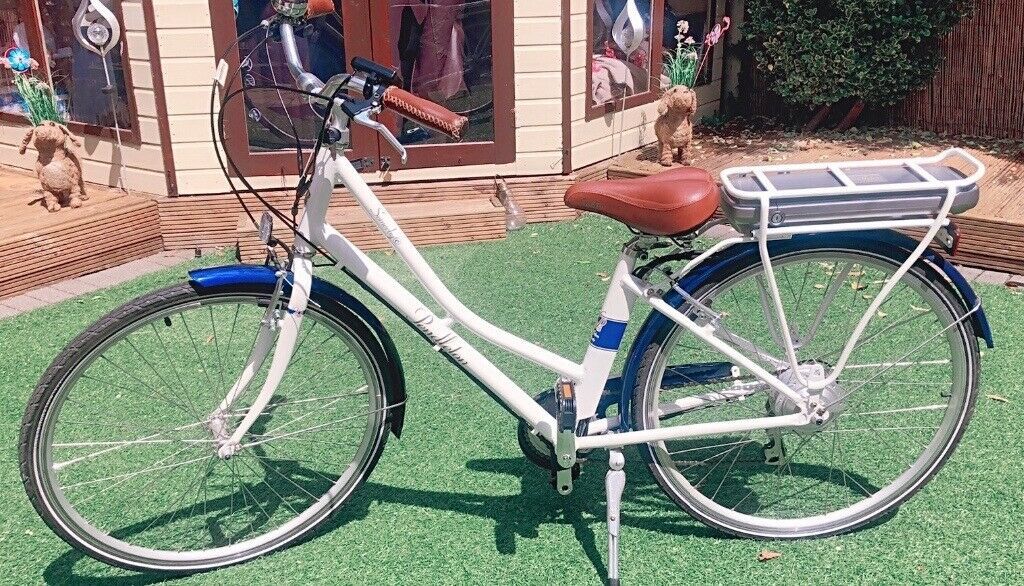 The key number is S343, of the keys unlocking the battery from my bike. When it happens to be the number of one of your keys, I'd be happy to receive 2 copies of them and pay for the costs plus sending to the Netherlands.

The e-bike workshop near my home with a 70 euro hour rate, for a check up and repair, without knowing in advance if they're be able to replace the part causing the problem. I'm in a bit of a pickle, see? If there's someone who recognizes my description of the issue that prevents me from riding my e-bike, I'll be pleased to receive advice and comments. Thank you in advance!
E

Maybe try contacting Bosch directly - if they made the motor they may have supplied the battery as well.
Hence, they may be able to advise you how to get a new key - or replace the whole battery and have a new set of keys.

To release it - maybe contact a locksmith and see if they can pick the lock or drill it out - of course then you wouldn't be able to lock it again but it would be worth seeing what they say.

I can't help with your questions but

Girl from the North Country

Hello and welcome.
If you don't get any responses in this thread there's an electric bike sub-forum that you could try if you haven't looked in there yet.

Have you tried different keys? Sometimes I find a key of similar size will work.

Try a locksmith for the key

If you do order that second battery and need to get the original off, it might be worth buying a lock-picking set like this (link) and trying to remove it that way.

It comes with a transparent padlock to practice on and costs around €8 or €9.
OP

Oldhippy said:
Have you tried different keys? Sometimes I find a key of similar size will work.
Click to expand...

You can bet on that. Even the specialist shop for keys and locks have tried with that key-code and other keys.
The employees took turns in walking in and out of the shop to my e-bike. Very funny and helpful, but without success.
OP

glasgowcyclist said:
If you do order that second battery and need to get the original off, it might be worth buying a lock-picking set like this (link) and trying to remove it that way.
View attachment 597932
It comes with a transparent padlock to practice on and costs around €8 or €9.
Click to expand...

Thank you! I'm certainly looking into the link and order that lock-picking set. Tools for thieves, haha. The only thing is, that I shall have to use that tool every time, as long as I haven't found the entire part, rack and battery. For the part of the battery that is the bridge between the part that needs charging, and the motor, is attached to the luggage rack, see? That's how complicated it is, knowing also that the Pendleton e-bike isn't in production anymore. The person who sold me this bike told me this. I should've paid more attention to it

CXRAndy said:
Try a locksmith for the key
Click to expand...

You can bet on it that I've done such a thing, in the 18 months of trying to solve this problem.

Get the lock picking set and a practice transparent padlock - it's very easy to unpick any padlock with just a small amount of practice.

Are there any numbers on the lock barrel?

Welcome to the forum!
If you are able to open the lock with the lock pick set and remove the battery, it may be that the fixings for the lock will be accessible, with a maker's name or model number on it. I think that the lock itself would not have been made by the maker of the bike frame or Bosch themselves but by one of their suppliers. If you can find out who that is you might be able to order another lock with keys and replace the original one, or even just some keys. Halfords ought to have been more helpful.

As @annedonnelly has suggested, yes, I would recommend posting on the electric bike sub forum as you will reach a wider number of people with knowledge of these things.
OP

cougie uk said:
Get the lock picking set and a practice transparent padlock - it's very easy to unpick any padlock with just a small amount of practice.
Click to expand...

The lock of my e-bike battery isn't a padlock. Haven't you seen the picture?

Drago said:
Are there any numbers on the lock barrel?
Click to expand...

glasgowcyclist said:
If you do order that second battery and need to get the original off, it might be worth buying a lock-picking set like this (link) and trying to remove it that way.
View attachment 597932
It comes with a transparent padlock to practice on and costs around €8 or €9.
Click to expand...

Oh my, I now realize that this lock-picking set is for padlocks only. Not for my battery-lock. Didn't you watch the picture I've included?
You must log in or register to reply here.
Similar threads