I have 4 scamps done for a potential creative (poster) for a campaign targeting the dangers of driving on rural roads. There will be bus backs, events, digital media etc all giving information and supporting the creative concept, which we are yet to settle on...

Any one particularly stand out for you? All adult drivers are targeted, primarily 17-40 year old men though.

Feel free to suggest different combinations of images and tagelines?

Personally I find the second one has most impact because it shows the personal consequences of an accident, plus the use of words is clever. I would add some blurb to put it in context - i.e. to explain why the chap is lying there comatose with an oxygen mask.
OP

XmisterIS said:
Personally I find the second one has most impact because it shows the personal consequences of an accident, plus the use of words is clever. I would add some blurb to put it in context - i.e. to explain why the chap is lying there comatose with an oxygen mask.
Click to expand...

Cheers buddy, blurb etc will follow, its just the creative at this stage.

I agree, the second one is my favorite. Maybe if the background made it clear he was lying on a road, it would help put the point across?

Wigsie said:
If you have nothing constructive to say relating to these images please don't post (you know who you are

2 best, then 4. Not sure what's happening in 3. 1 doesn't work, just suggests "the bloody council aren't keeping the roads the way they should be". IMO.

I like 3 - it's certainly the best one for rural drivers, and one lends to the same idea. I know plenty of people who drive like they're in a race because they "know the local roads like the back of my hand."

In the past decade there have been 5 vehicle deaths within a mile of us (very rural Norfolk) and all were locals who thought they knew the roads perfectly...animals and mud changed that.

I like the tag line on 3, and the concept of 1 and 3 - so combining both, five different hazzards for each day of the week.

2 gets the point across but i feel its too busy, would make a good tv ad, but i feel posters should get all the info over in a glance, and hav e bit more if you want to go over and look.

Any value in presenting these as images seen 'through the windscreen', Wigsie, rather than in 'open air'?

Location
Next door to Mr Benn at No 54

I agree with RyanW above. 2 could have a car (upside down as in 4) or ambulance etc in the background with the person who has the oxygen mask still seated in the car.

Location
Ridden off into the sunset

I think the ones giving orders will get peoples back up. Far better to give them something to think about. 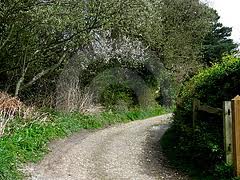 "What is around the corner?"

then a range of second pics 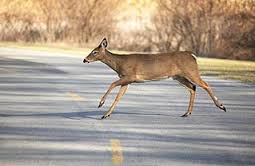 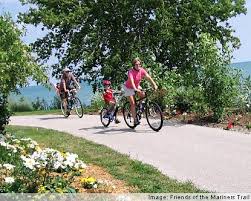 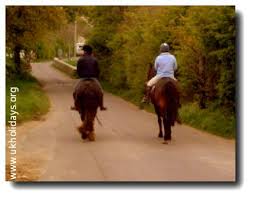 with a tag line of
"expect the unexpected" or something

1 - so there is a pothole .. are car drivers that bothered by the road surface if it isn't enormous and likely to damage their car. [pedantic mode] And can the junction on bend sign please be the correct way round for the image [/pedantic mode]

3 - Probably my favourite - although it made me think of the spot the difference tag line. I liked the idea of the different weather conditions, which could vary more between each image ... so that for each image you were expecting the weather/light to change and then in the last instead its an accident. My only problem is I want an explanation as to why the lorry is on its side - could the accident be more obvious how it occurred?

4 - Doesn't appeal - don't know why though it does seem self explanatory.
You must log in or register to reply here.
Similar threads