I have a Cannondale Treadwell 2 hybrid bike.
It has just 9 gears with a single front chainwheel and a 11/42 rear cassette.
It has Micro Shift Advent gearing.
Despite many efforts to fine tune by both myself and my LBS I am now utterly fed up of it slipping all the time.
I want to upgrade but am bewildered by the choice out there.
Would it be possible to just replace the gear shifter and rear derailleur and keep the other components in the groupset 'as is'?
Would Alivio parts do the job for a half decent not mega expensive upgrade?
Thanks in advance for any advice offered.

Can you explain what you mean by "slipping"?

Sharky said:
Can you explain what you mean by "slipping"?

The gears largely go up and down the range ok apart from one of the middle gears where nothing happens and I shift up again and it jumps two gears, I then change down one. Also, there is a noticeable delay after shifting for the next gear to engage.
Best I can do as far as an explanation goes.
OP 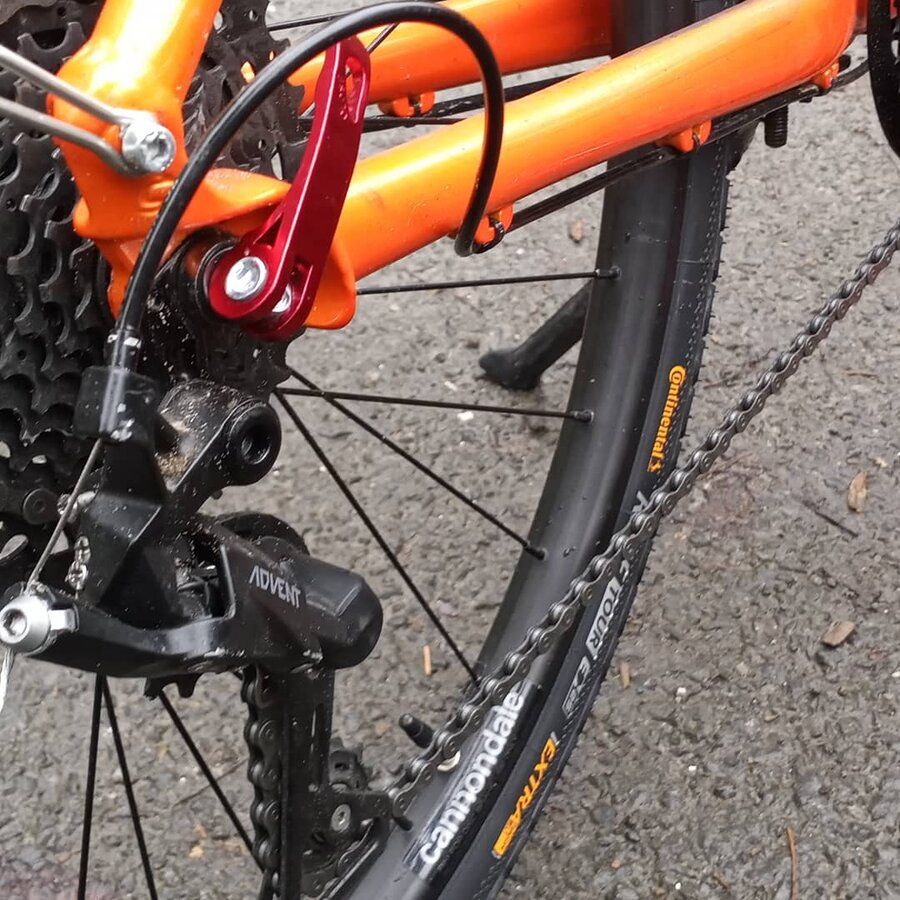 You have some serious angles on that cable run.
Also whilst you are there, rotate the quick release lever so the lever points down and does not impact on the wide dropout shelf.

Good description, thanks. From the symptons you describe, I think the issue is with the cable and as the previous post observes, it seems to come out at a severe angle.
Try googling images of your bike. The cable should be a lot straighter coming away from the chain stay. I think the outer needs shortening and the ferrule where it comes out of the chain stay needs checking that it is keeping the cable straight.

Could be something else entirely, it's a case of eliminating the possible causes one by one.

MichaelW2 said:
Also whilst you are there, rotate the quick release lever so the lever points down
Click to expand...

Thinking about that. Isn't it usual to have the qr lever on the non drive side? Or do disc brakes require it to be on the drive side? I am still on rim brakes, so not sure.
OP

Thanks for the words of experience and advice.
What you see right now is how the bike came back from a £20 gear 'service' in my LBS (Cycle Solutions, previously Wheelies) in Swansea; I don't think the cable angle has been altered from its weird looking position to my knowledge.
I shall move the QR skewer as suggested. Only just added them last week as the bike does not come with them as standard and was fed up with always needing an Allen key to take the wheels off.
I will check how the cable comes out of the stay to see if it can be straightened

I think you can sort this.
As all above suggest, the issue is likely to be the cable run, should look as below; 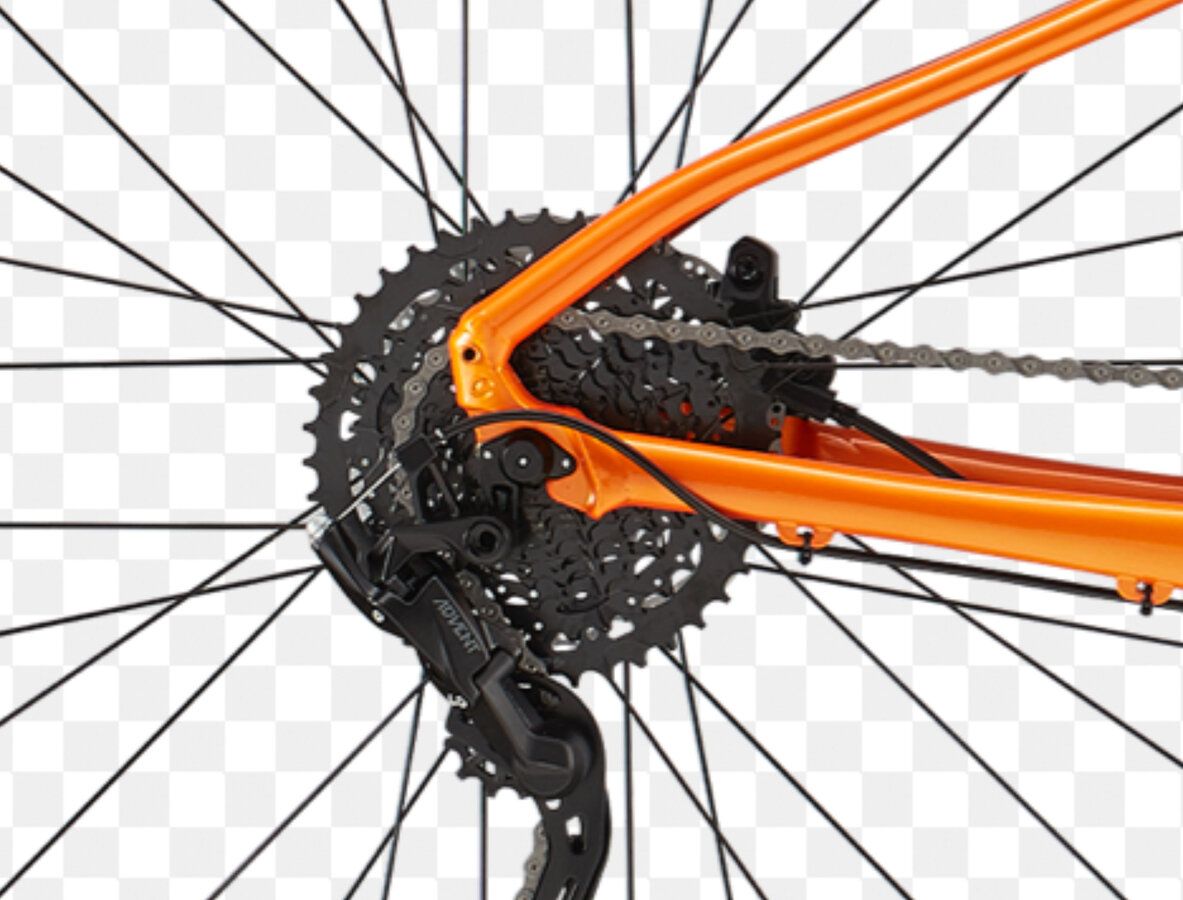 Thanks for the advice. Will have a tinker later and report back

Looking at the photos again, I can see that the outer cables seem to run all the way from the levers. If the cable has been kinked at that last point, the inner is likely to be linked as well.

Replacing both inner and outer cables may be necessary, but before you do that, can you pull both cables together from the handlebar side to reduce the amount of loop at the rear? This would bring the kinked point forward and away from the brazed on cable guide and may allow it to work smoothly.

Surprised the LBS left it like that. The mech cable entry is similar to a Shimano Shadow system, and you just do not need the loop at all.

I had a very similar problem with my electric bike. Two clicks to change one gear, then it catches up with the other change half a mile later, and so on. New gear cable and outer (mine was only a short piece from the cable stop to the derailleur, not the whole length) and it is 90% cured. I think my mech is still a bit sticky and may need removal/cleaning/lubing.

From your picture I could say it is 100% your cable run that is causing the problem. That is unlike any cable run I have ever seen. I'm amazed that a bike shop left it like that. However you do it, arrange it so that the cable makes a smooth curve round the derailleur with no sharp angles, and I bet it cures or at least improves it. It may be best to start from scratch with a new cable and outer. They are cheap enough.
OP

When I checked the bike just now, it turns out the derailleur was barely hanging onto the frame, it was really loose!

Obviously this would cause an issue as it moves around from side to side.
I can't seem to reconnect it securely either as the two small screws that connect it to the frame won't 'bite' onto the derailleur, even with a second pair of hands holding it securely in place.
I am going to bit the bullet and get a new derailleur...so my original query regarding what to get still requires an answer!!

Others might be able to add more info.
You must log in or register to reply here.
Similar threads