Riding in the rain

Most unlike me, but I did 50 miles today the majority of which was in fairly heavy rain.

I don't have any expensive kit and my Sports Direct £10 jacket performed as you might expect a £10 jacket to do.

My Aldi gloves have a sponge-like quality, but at least I could feel a bit hard core when I wrung them out at stops.

Parts of the ride were genuinely miserable.

But as a more experienced cyclist than me said, rain is not too bad if there is little or no wind.

I would add temperature to that, cycling wet through is just about bearable if it's not too cold.

Happily, the rain stopped for the last few miles.

A bit of sunshine raised the spirits, and went a little way to drying my sodden clothing.

All-in-all not an experience I would choose to repeat, but not as bad as I feared.

What's your experience of riding in the rain?

I don't mind it apart from the fact that I wear spectacles and it makes it dangerous as I can't see where I am going.

I haven't yet lol. Well a mile or so at the end of my ride when some light rain started.

Rain is rain. I just get on with it. Have the right clothing then it's no real bother.

Commuting means you have no choice about what weather you ride in. T'other week riding to work I got soaked and dried out completely twice.

I dont like going out in the rain but if i get caught out i dont mind at all.The only thing i hate is having a wet `arris as i dont use mudguards.And glasses are next to useless too.

This time of year, I carry a nylon raincoat that stuffs into its front pocket when not in use, about the size of a sandwich bag. Would be too hot for the summer in America, though. I just let it rain on me then.

I don't care about it at all, as long as ready for it. I have extended my cycle to work from 6 miles to 30 miles before now, in fairly heavy rain. People who quite happily understood me extending the ride on a nice day thought I was mad - but I said to them and genuinely believe that you are just as wet after 6 miles as 30!

It's not as much fun when you aren't ready though. I got caught in a 'flash flood' downpour one day, probably only for the last mile and a half of my ride. I had no overshoes, and the instant puddles that formed plus the rain itself left me with sodden, soaking wet feet - that wasn't nice!

As long as it's not windy or freezing temperatures, I absolutely love riding in the rain , the more torrential the better. My best ride home was a summer evening, no wind, torrential rain for the whole 25 miles. Peeling off my wet clothes and getting in a nice bath is bliss. Only problem is that drivers get worse in the rain. 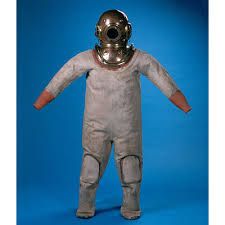 I'd rather not ride in the rain if I can help it, but if caught out I find it's usually surprisingly pleasant as long as I can keep warm and mostly dry.

As mentioned in another thread I've wimped out of a few commutes through the winter because of the forecast. Riding home in the rain is okay but if I get wet on the way to work it's tough to get anything dry in the cold warehouse.

I got absolutely drenched yesterday and had to lose two layers and change gloves after 10 miles. I think it sapped me for the next 50! Why I didn't stop and put my waterproof on when I had the chance I've no idea. After ditching half my clothes I had to wear it for a while just to keep warm. Luckily I had running tights on over my 3/4 lengths, so my legs although wet weren't too cold and I had toe covers on my shoes too.

I wouldn't ever choose to ride in the rain, slippery brake levers and an inability to see potholes for the puddles make it too risky for my liking! Clothing can't resolve those issues easily
N

Day two of our LEJoG was from St Austell and as it was tipping down from before breakfast and forecast for the day we had no choice but to set off into a thoroughly miserable experience! Went out via Eden Project for a 'drive by' for photos (failed) and whilst there we sheltered in a car park loo block to wring out gloves and empty shoes (swirling water in shoes is so wrong!), now really hating our luck and we really are so miserable being soaked through (to the skin - never quite appreciated that saying until then!) we just carried on, the luxy-something valley just north was nice but would be much, much better in dappled sunlight I'm sure!
We had all about lost the will to live when I remembered that MickF (shush of CTC forum) mentioned a crematorium at Bodmin and so we went and sheltered under the portico and dried out a good bit using the hand dryer in the loo (not a roaring fire

) - would've stayed longer but poor Phyllis was due...
Resumed again still in the pouring rain and hated it so much we chose to stop early for scran, we sat through lunch literally dripping on the floor of the pub, but glory of glories when we restarted it was in the dry, and indeed we finished the day 'air dried' and good to go on!
If I can avoid the wet I will, but on tours and even social runs I will go out as 'I have to', and the thought of rain no longer bothers me as much now, I know I will dry out, during, perhaps even after a ride, but all day rain is unusual fortunately. I've done all the goretex kit bit (failure, I'm a sweaty betty/boil-in-the-bag) so if I'm warm enough I don't even bother with a jacket! BUT with wet gloves I just lose the will to live, but using fuel gloves over mitts/gloves last me ages, and only fail from arm run-off, I will swap gloves a few times in a ride (I always carry full fingered and a set of track mitts as spares).

You get wet.
Tried Endura waterproof jacket and end up soaking inside due to sweat, shower proof jackets aren't much cope neither.
The best thing to wear is a good windproof jacket that dries quick. I wear my Gore Phantom II jacket in all temps below 17 degrees Celsius including the minuses.
I wish I had invested in quality years ago instead of cheaper inferior products. Mind you back then I wouldn't have found sizes big enough. 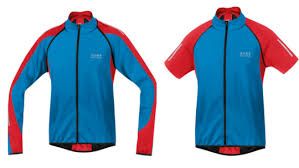 For the feet the best I've found is Sealskin socks that go over your shoes, a step down for 'chances of rain' is my dhb toe covers.
Haven't found waterproof gloves yet, again better with gloves that dry quick.
Oh and mudguards make a huge difference, though not pretty.
I actually like riding in the rain.

I commute so ride in the rain a lot. Once you're soaked it can't get any worse. I gave up on waterproof clothing because I'd end up wetter from the boil in the bag effect. As long as I'm warm I don't care about being wet.

@buggi has reminded me of a great ride I had in summer 2013. We'd had 2 weeks of high temperatures. I was cycling home one evening in a normal t-shirt and 3/4 length shorts when the heavens opened. 20 minutes later I got home soaked to the skin but feeling really refreshed.
You must log in or register to reply here.
Similar threads