Just an hour along the canal in between showers , went to have a look at the unbelievably stupid idea that wigan council came up with.....
You know that nature reserve, why don't we build a road straight through the middle of it.... 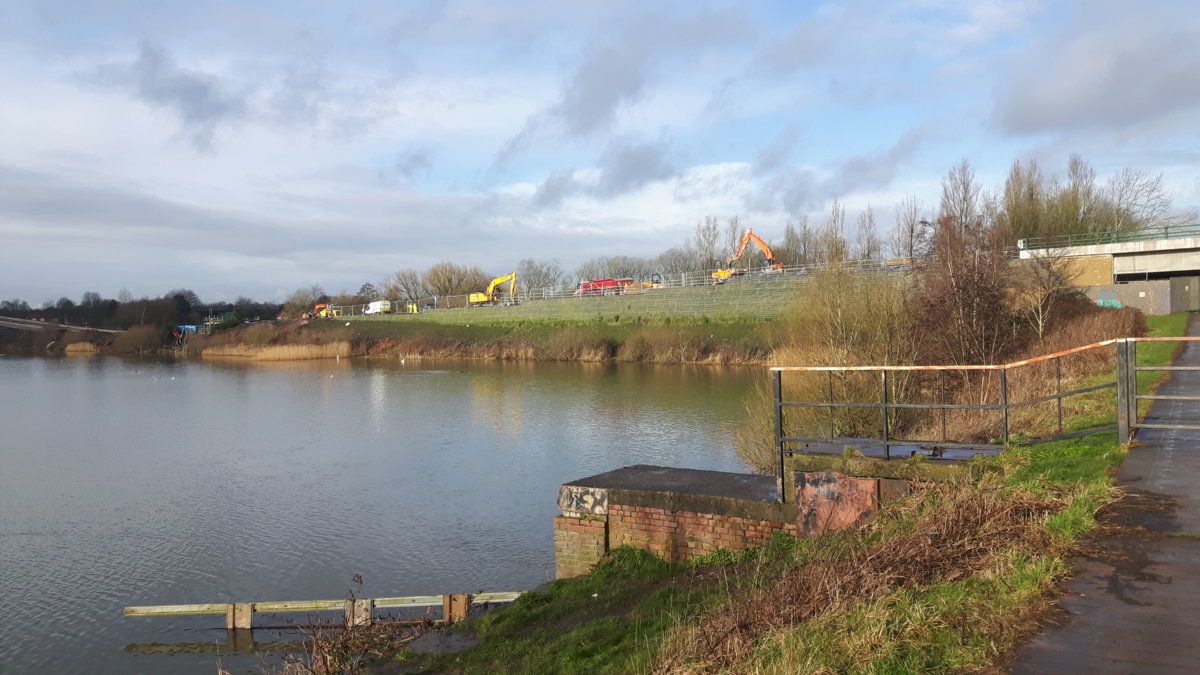 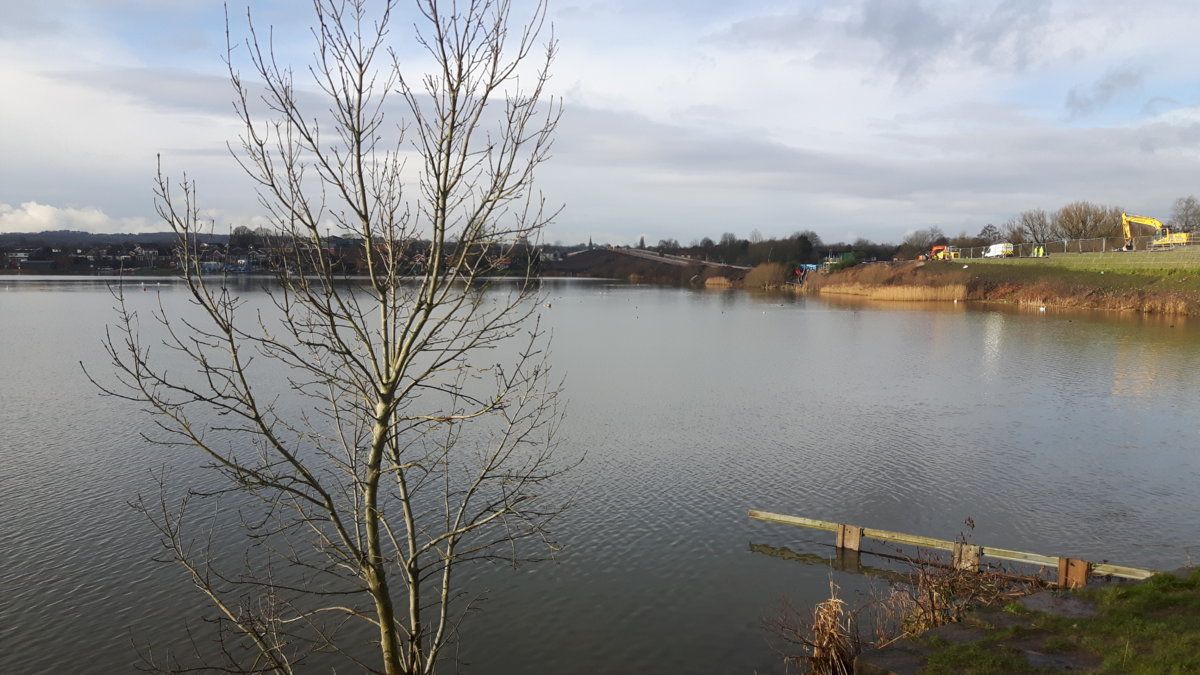 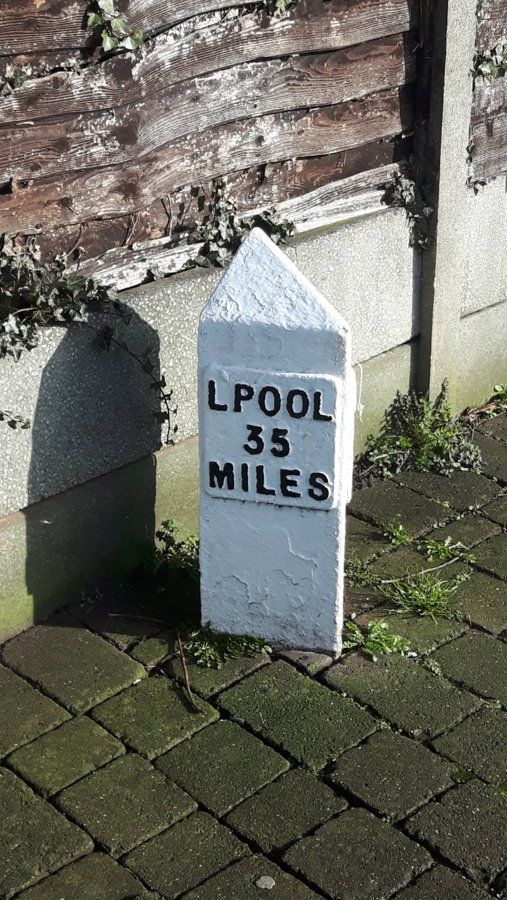 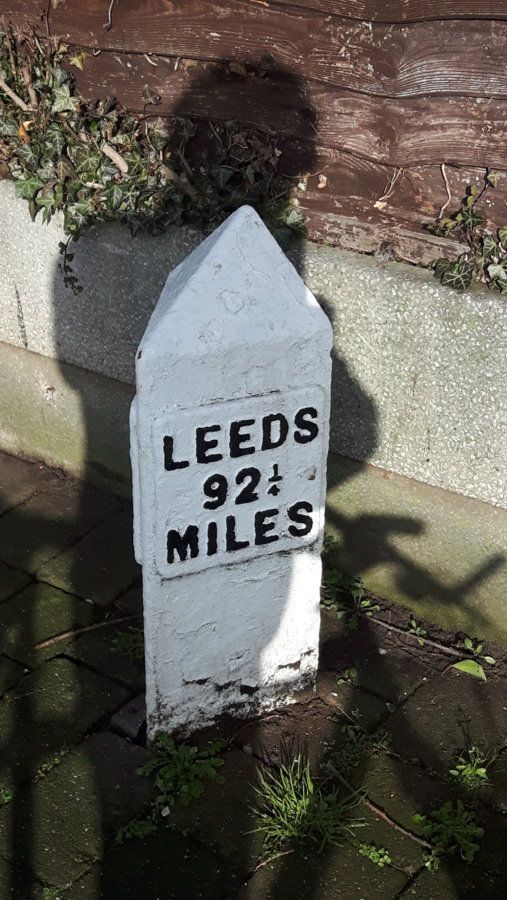 An enjoyable hours ride after being stuck in during the high winds
Last edited: 13 Feb 2020

Lazy rest day.
Check out my activity on Strava: https://strava.app.link/xeOocQIS23 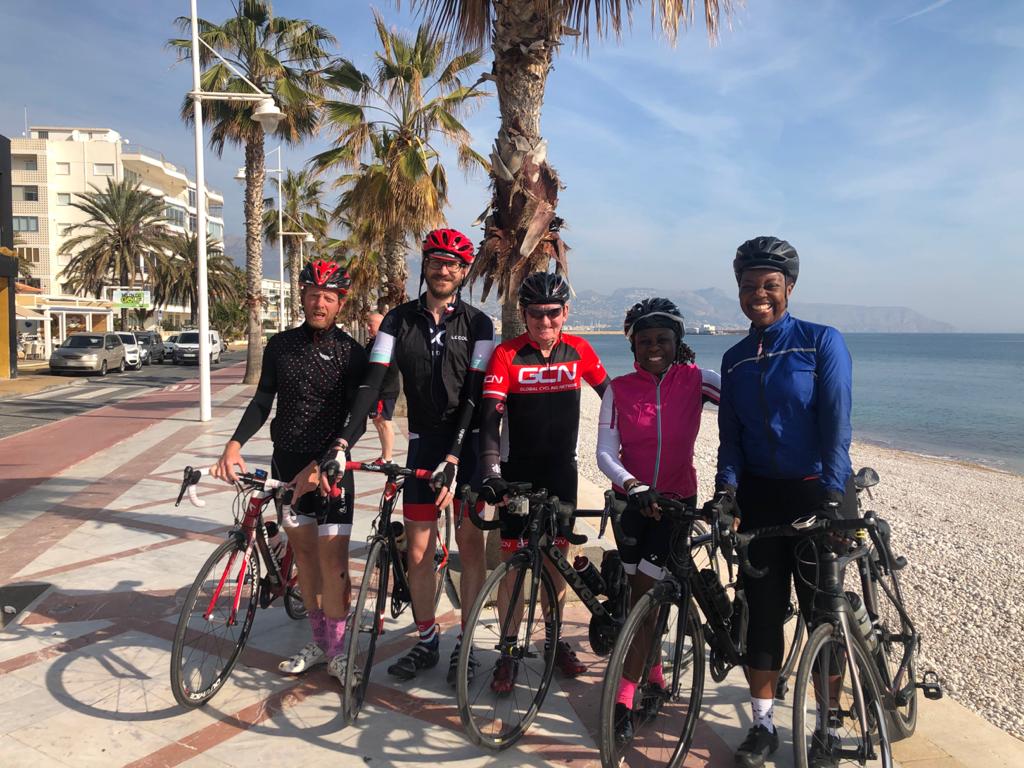 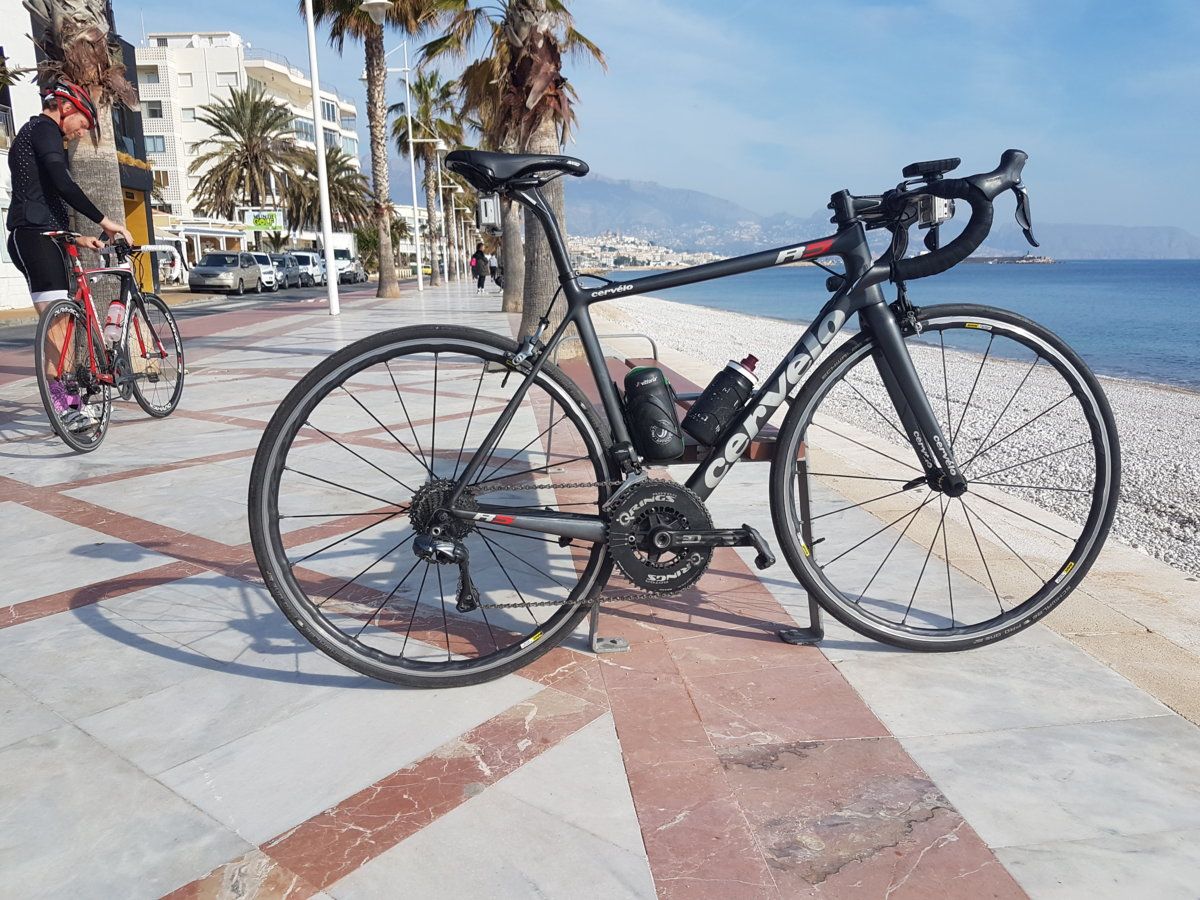 . Looking out of my window there's horizontal rain and the thermometer says it is 5C outside

Just popped out for a short ride this morning, as I have stuff to do today. One of my regular routes, Stanton Harcourt, Witney, Curbridge, Yelford and home. 17.7 miles. Nothing special to report on, I was slightly bothered by a small but regular squeak from the bike, on investigation when back home it turned out to be a loose nut on the rack mounting, easily fixed.
Weather reports suggest the the bike will be staying inside for the next few days

It has been a long while since my last ride. Last Saturday was going to be the first ride with the new frame holding the wheels apart. Just did not like the weather. Today, maybe showers but promises of temperatures of more than four degrees. Off I went.

And before half a mile was covered, ooops! I had not fastened the handlebar clamp tight enough. Soon fixed, it likely took longer to remove and replace the tools in the Ortlieb bag that hangs under the saddle. The route for today had already been decided, but the direction had not. Clockwise or anti? The bike seemed to decide for itself, and anticlockwise it was. Ride along Great Wilson Street to leave Holbeck behind, then cross the river at Crown Point. Around that side of town centre and aim for Oakwood and the clock there. This is a rising road, most roads out of here are up. This gave me the chance to change gear, and discover that things could be better at the back wheel.

But, new frame and new cables, maybe better to leave things a little longer. If the gearchange does become worse, OK fix it. So, turn left at the clock, still uphill, and ride along to Harrogate Road at Moortown. Right turn, towards Harrogate, but ride along just far enough to reach the turn for Eccup Reservoir. And find the video camera will not turn on. No big deal, ride down to the dam wall, stop and take a picture of a shiny bike. Which could have the title, ‘My Bike at the Deep End’. Only ‘cos it was. 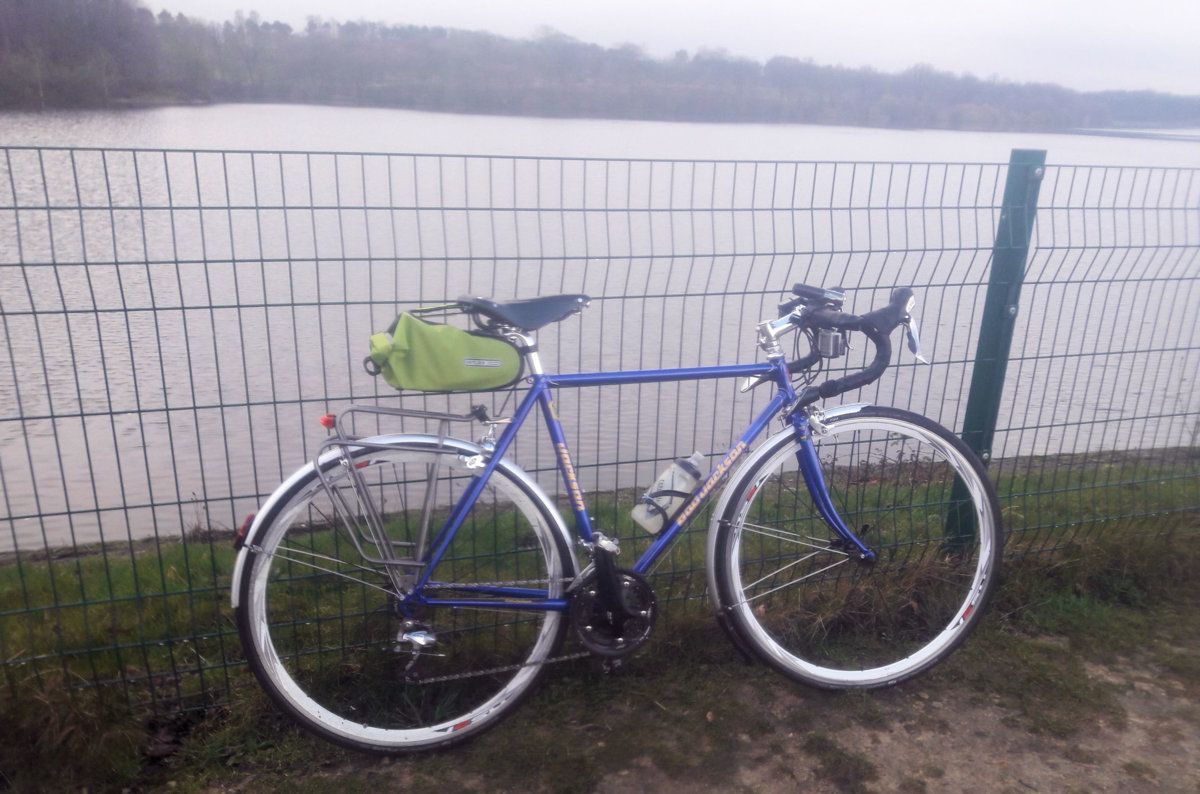 Eccup village next, dodging the half completed road works along the way. Adds to the interest, and the anticipation of a new surface just about compensates for having to navigate around the craters and trenches, and Oh! the cattle grid has been removed. I do hope they put a bit of road where it was. Once out of the village, turn left and ride through one flooded section of road on the way to Five Lane Ends. Ride on to Adel, passing the church on the way. Only noticed this because there were a lot of cars parked outside.

The rest of the ride, the A660 down to Headingley and the right turn to Kirkstall and towpath to almost home, went without incident. Gearchange reasonable, the headset was noticeably slack by now, but my hands were noticeably cold as well. Sort that in the warmth of the kitchen. There is a bit of a rise before I leave the main road to reach home, gears are great. And so is the sight of my front door. Twenty two miles, 1003 feet of up, and down of course. And a big grin from me.

The map, with the elevation profile as well. 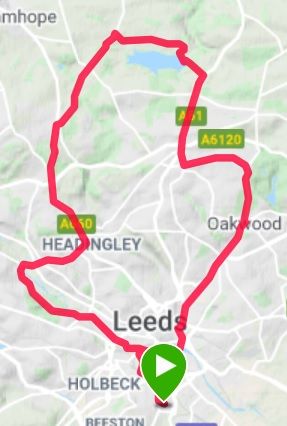 Riding backwards into the future

13 rider said:
A nice storm with 40 mph to welcome you back to good old britian
Click to expand...

Saturday morning looking like the 'weekend window' as Dennis approaches...just like last weekend in fact. Roll on the summer

Thanks to the weather and a few other things I haven't got a ride in since my century a week and a half ago, so I dragged myself out this afternoon when the chance came. Nothing fancy in terms of route, sticking to well worn local roads: Lyth Hill, Condover, Cantlop, Acton Burnell, Cound Moor, Cound, Cross Houses, Atcham, Upton Magna, Uffington, Castlefields and home via the inner ring road.

It wasn't too bad at the start; dry, cool and a little bit breezy rather than the howling gales of late. The roads were pretty wet so I wasn't too fussed that I hadn't got round to cleaning the bike after the last ride. I seemed to get on quite well to Acton Burnell (the wind must have been behind me) and it was on a whim that I headed for Cound Moor rather than the more direct route to Cound that I'd planned.

At Cound Moor there was water flowing across the road where the "Irish bridge" had become a ford - the first time I've seen it at this one. I could see that there was a strong flow across the road and a couple of cars going through it demonstrated that it was deeper than I'd thought so I took to the footbridge, having to lift the bike over the remains of a recently downed tree to get to it.

After the ford and the climb beyond it there was a fair bit of water flowing down the road into Cound as the fields are saturated again. That doesn't bode well if the coming weekend is as wet as it looks in the forecasts. I had a short stretch on the A458 which was a bit busy then turned towards Atcham knowing that I could safely ignore the road closed signs as the river level has dropped enough for the moment. The water was just lapping the edge of the tarmac at the lowest point and there was a lot of debris on the road.

I took the direct route to Upton Magna this time then turned towards Uffington with some great views of the sun trying to break through the clouds over the Stretton Hills. Shame there are a couple of lines of pylons in the way.

The old canal path was as wet as you might expect and at Sydney Avenue there were more closure signs. Again, it's clear to ride through at the moment but it won't take much to bring the water back over the road. The towpath at the weir is underwater though and I decided not to do the tour round the town centre as I'd had in mind but to head over the Castle Walk footbridge and cut through Cherry Orchard onto the cycle path along the inner ring road........ where I got overtaken by a velociraptor.

No, really. It was a lifesize model (fibreglass presumably) in a support frame on the roofrack of a car.

I have to say that's a first for me - I wish I could have got a photo. 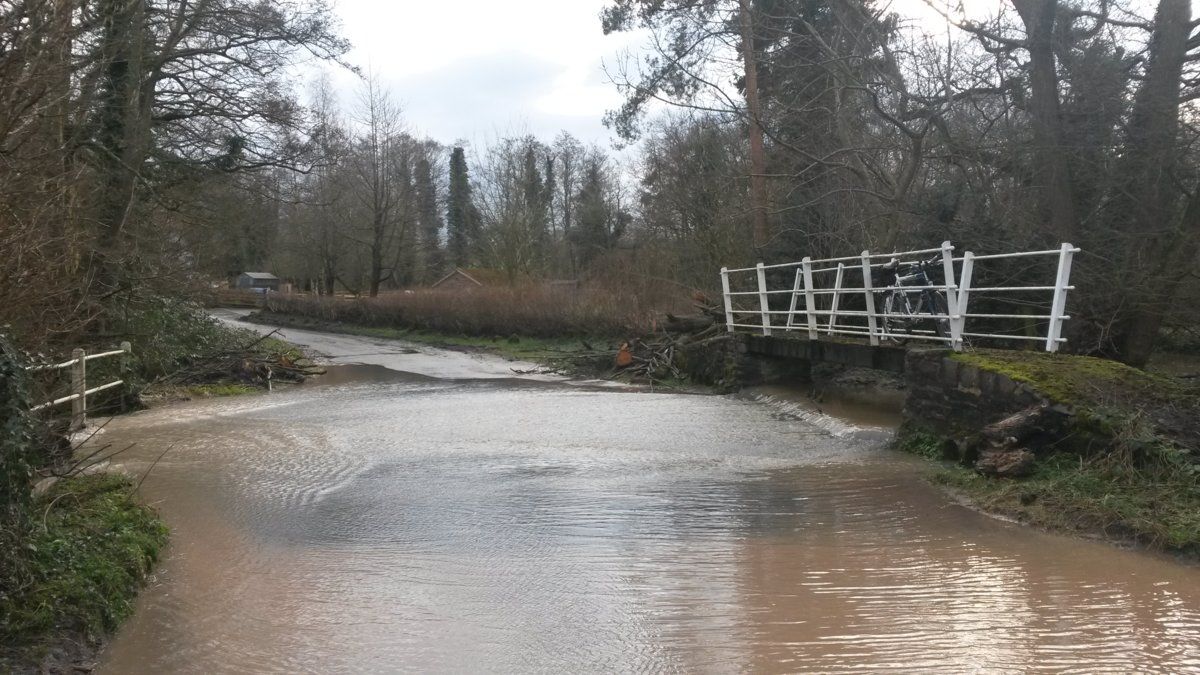 The bridge becomes a ford at Cound Moor. 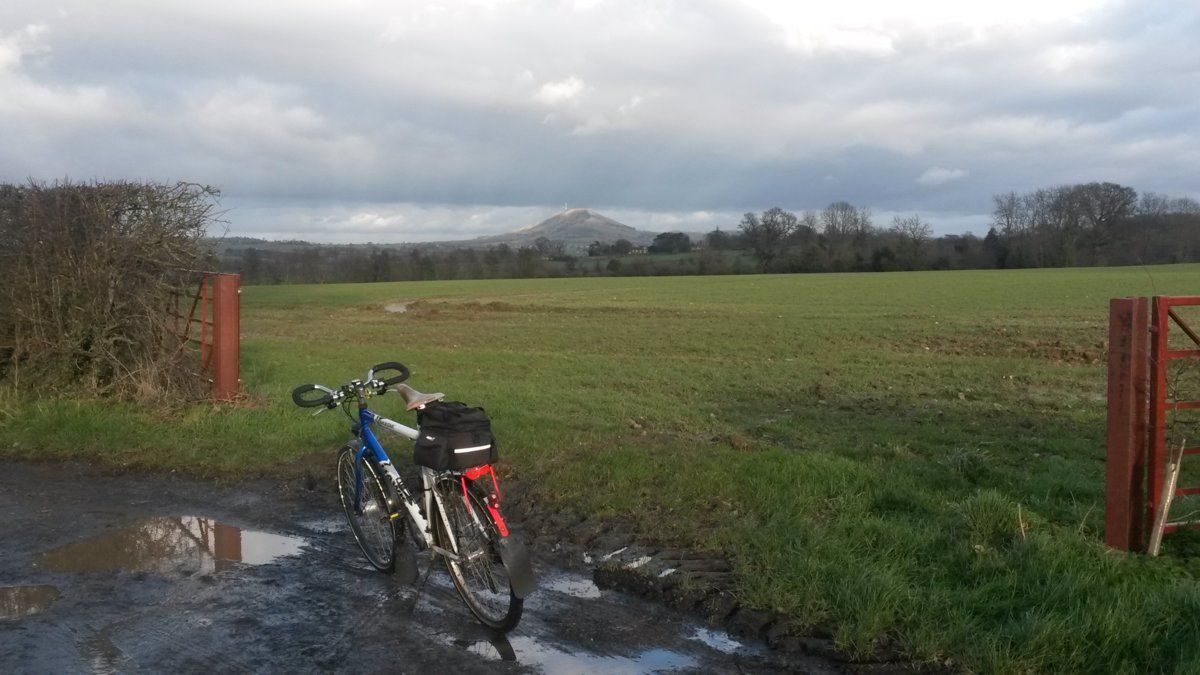 View to the Wrekin from the top of the next hill at Cound Moor. The wind got cold around here and I ended up needing an extra fleece on. 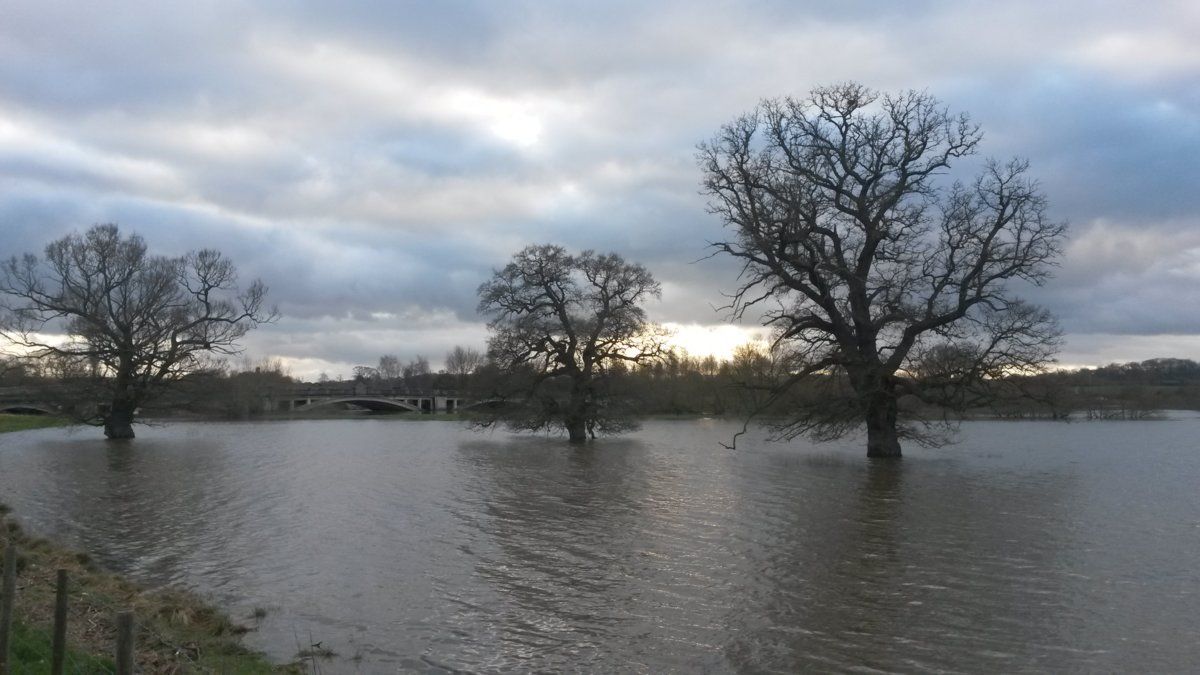 The flood plain at Atcham. 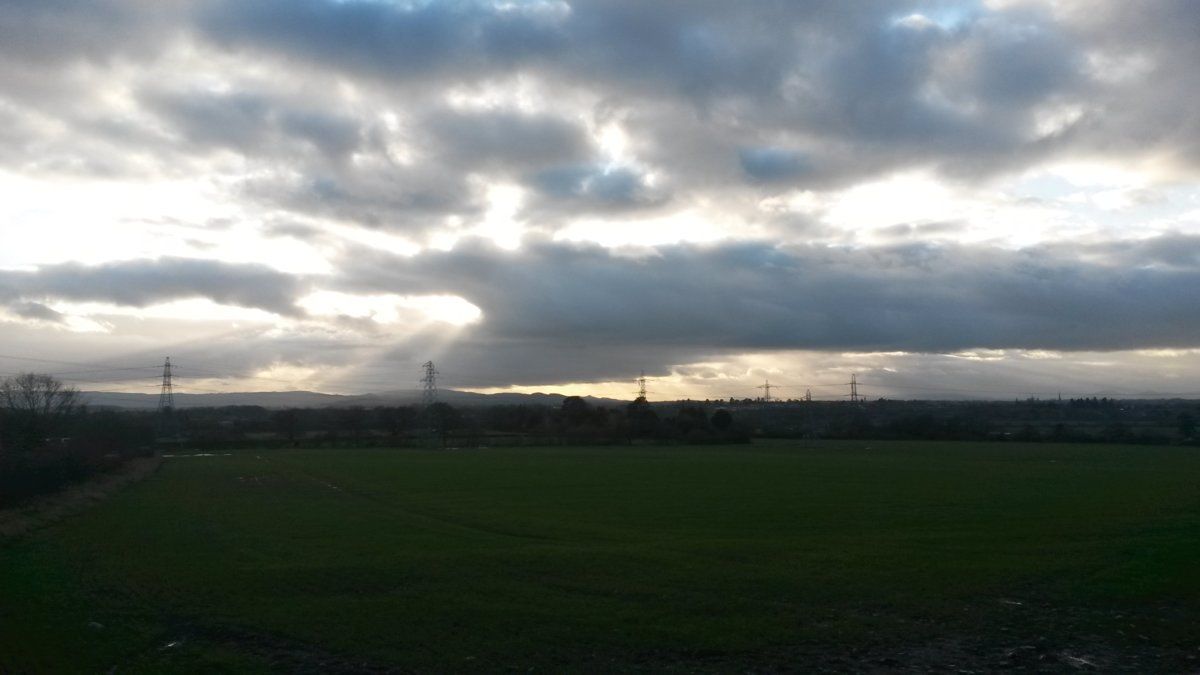 Sunbeams breaking through the cloud as viewed from Downton 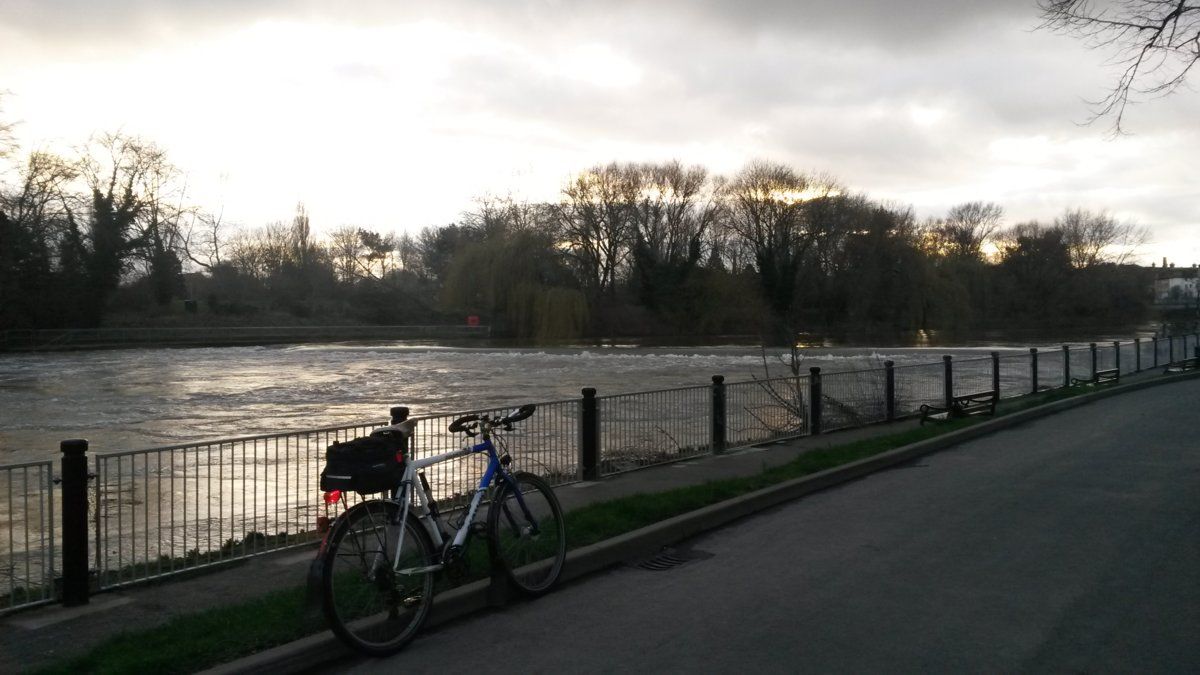 Low sun at the weir in Shrewsbury

Second ride of the day. This was well hard. To a TT and back.
Check out my activity on Strava: https://strava.app.link/CbGYqgan33

13 rider said:
A nice storm with 40 mph to welcome you back to good old britian
Click to expand...

We are hoping flights will be cancelled.

Popped out for a quick ride this morning before the wind picked up. Ended up in an area I was not too familiar with, but was very interesting. Eventually re-emerged on the road to Carterton, so just Curbridge, Witney and home.
No stops, just kept on peddling, surprised to find I had cycled over 31 miles, so my second 50 km ride ever, and both took place this week!
Today marks a full month since I resumed cycling after a 15 year break, and a week since I bought my Super Galaxy.
Hoping to get out again tomorrow, but the weather doesn't look at all good.

Day off so I decided to do the Rutland Water loop, 24 miles as I did the peninsula too.
Not to bad, windy in places, but usual filthy ride,well it's valentine's so a mucky few hrs with my honey

Few pics of Rutland.
I would post up Strava but yet again it only recorded a bit and failed.
I'm going to bin that now as I'm fed up with it. 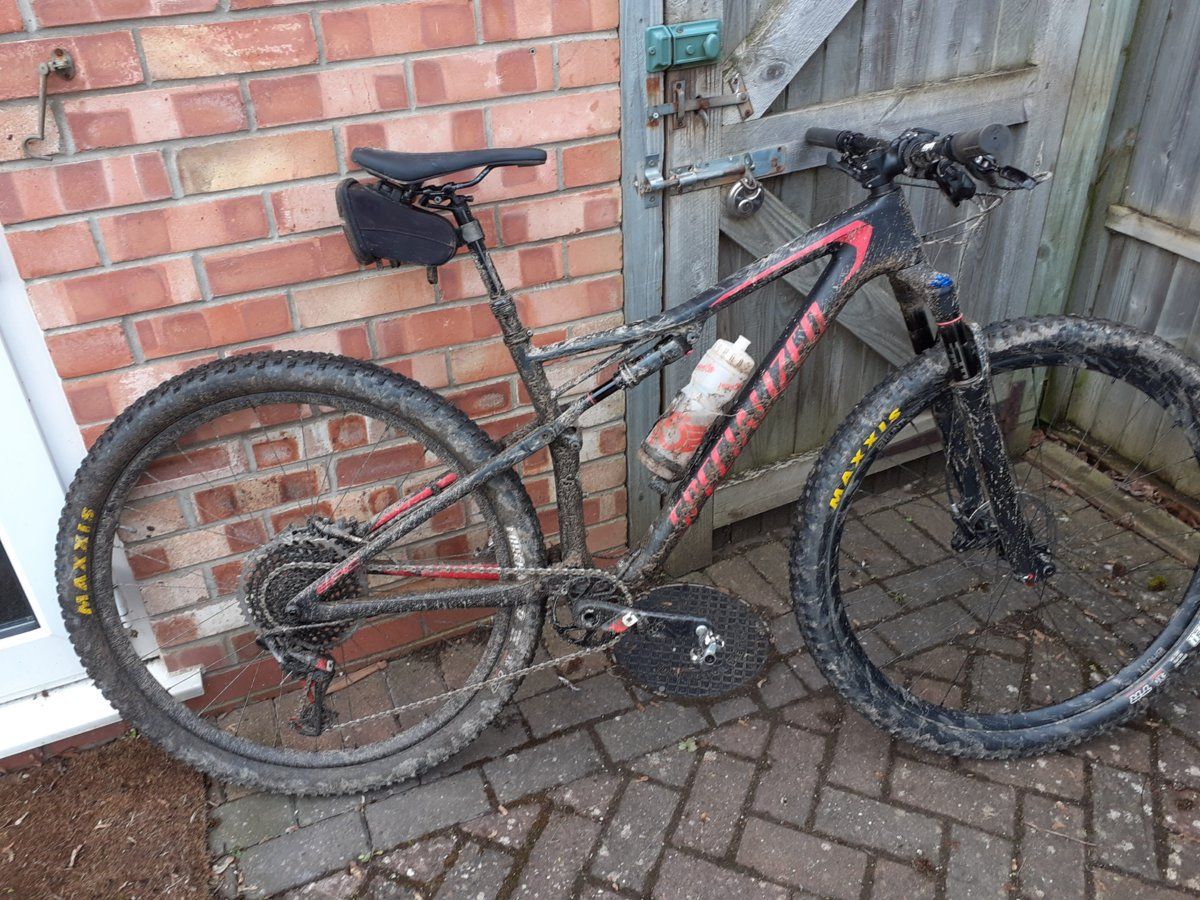 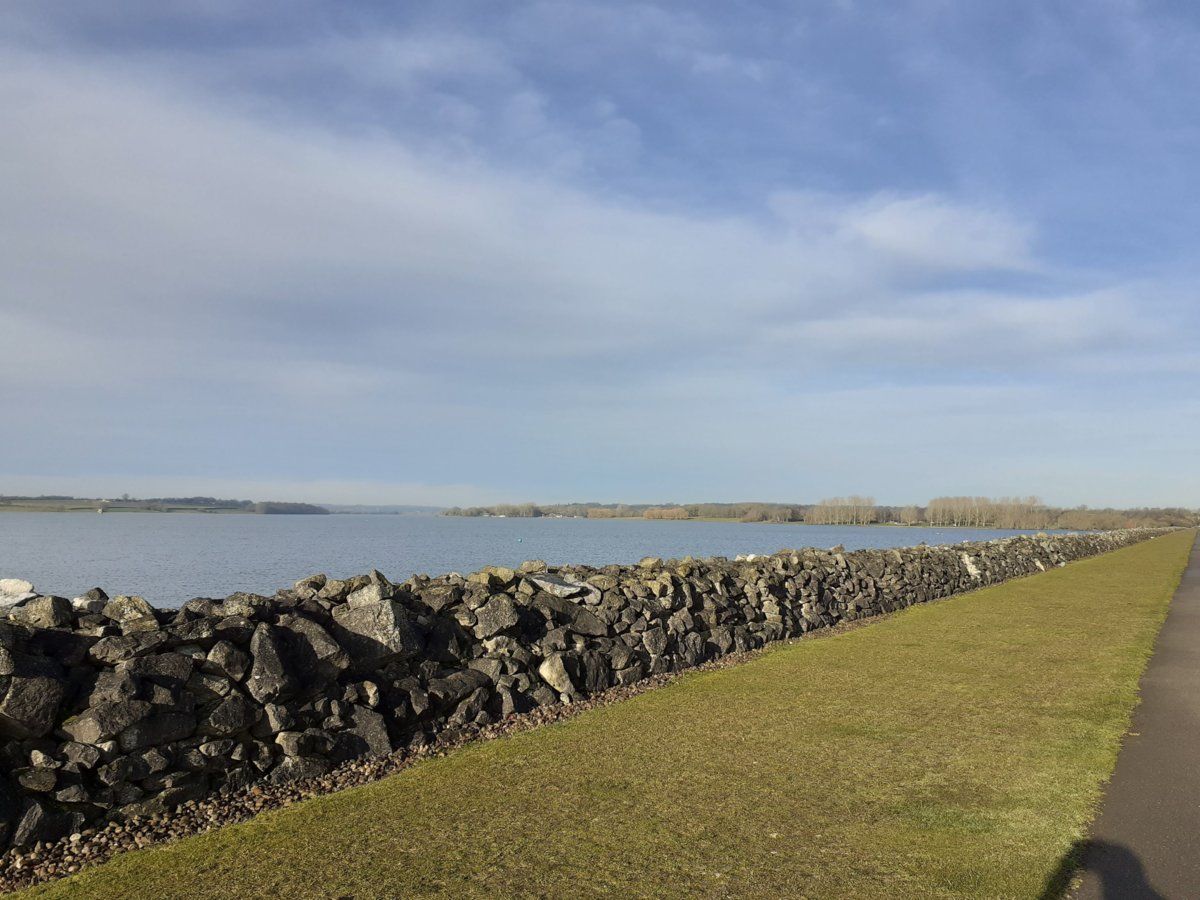 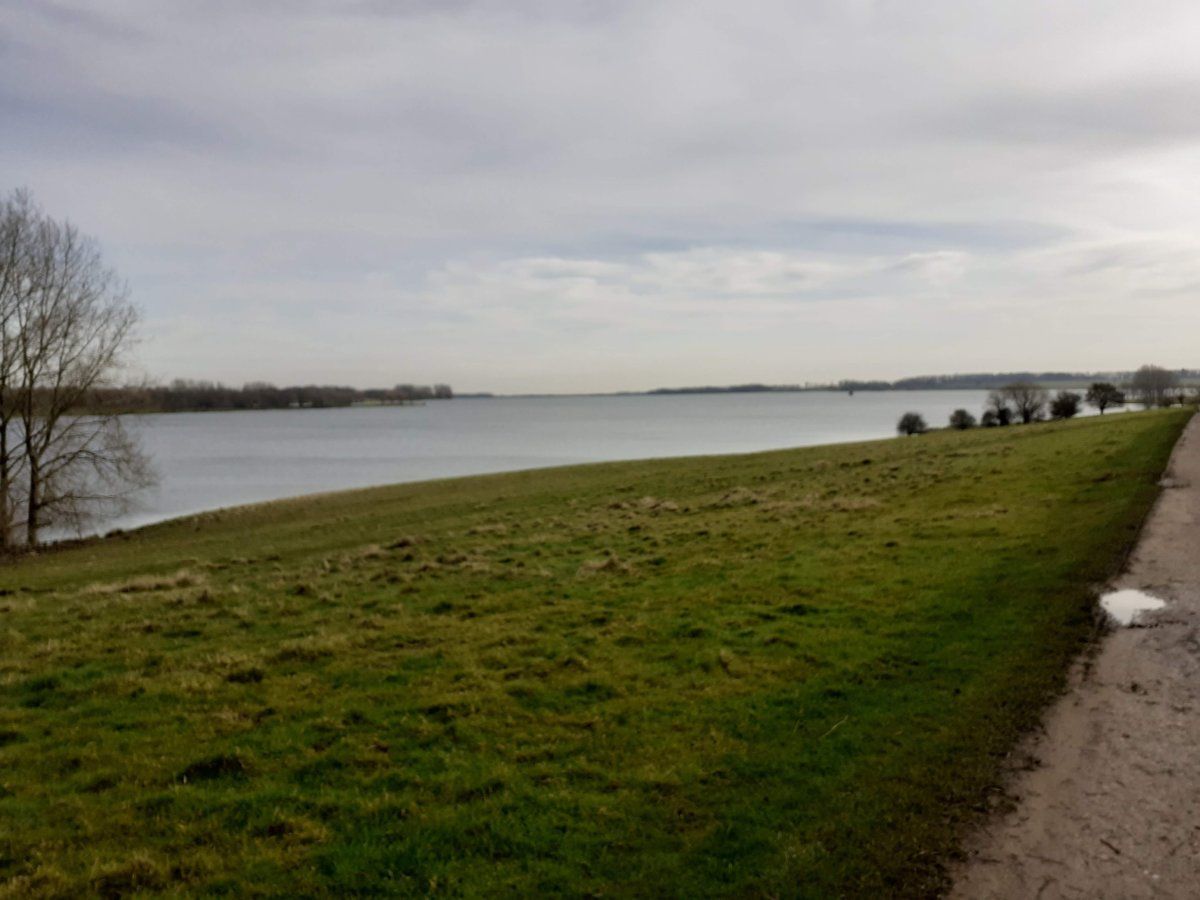 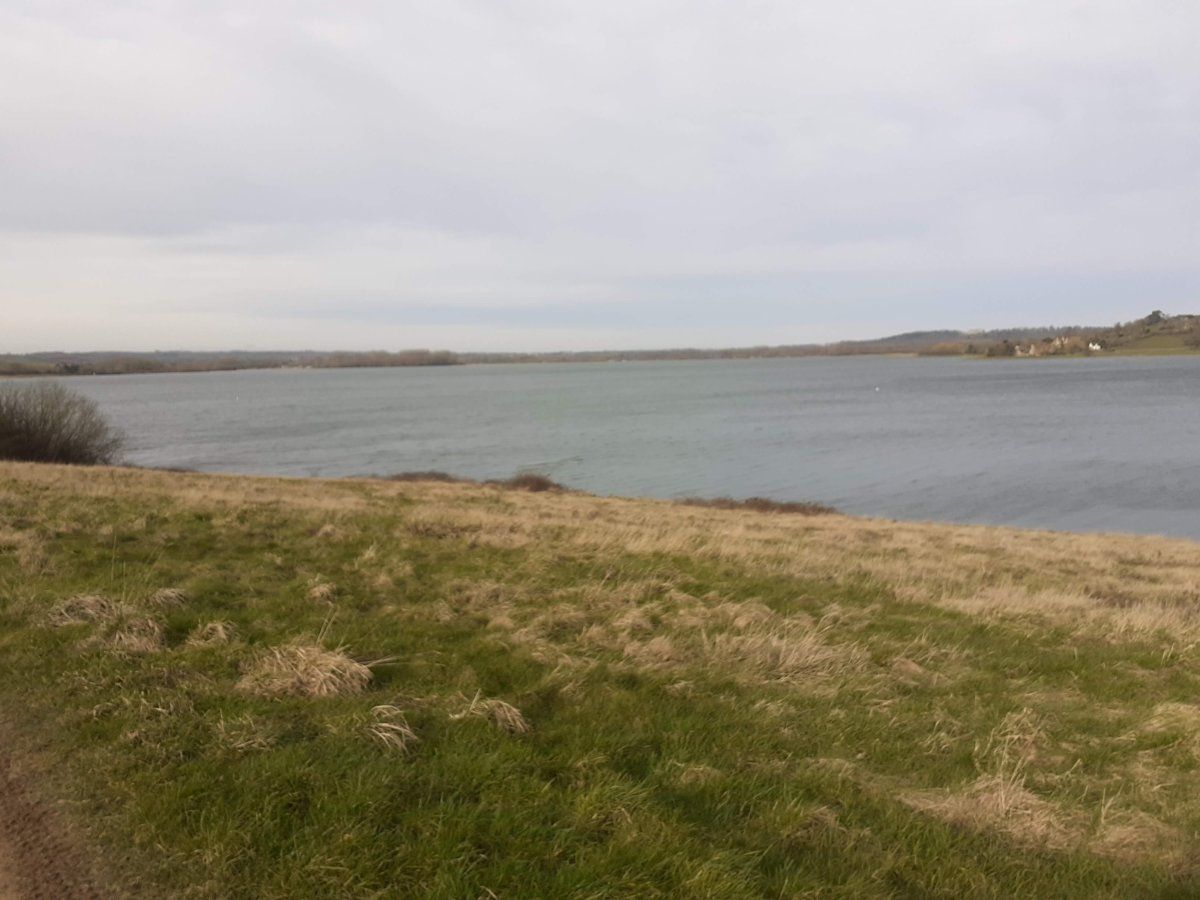 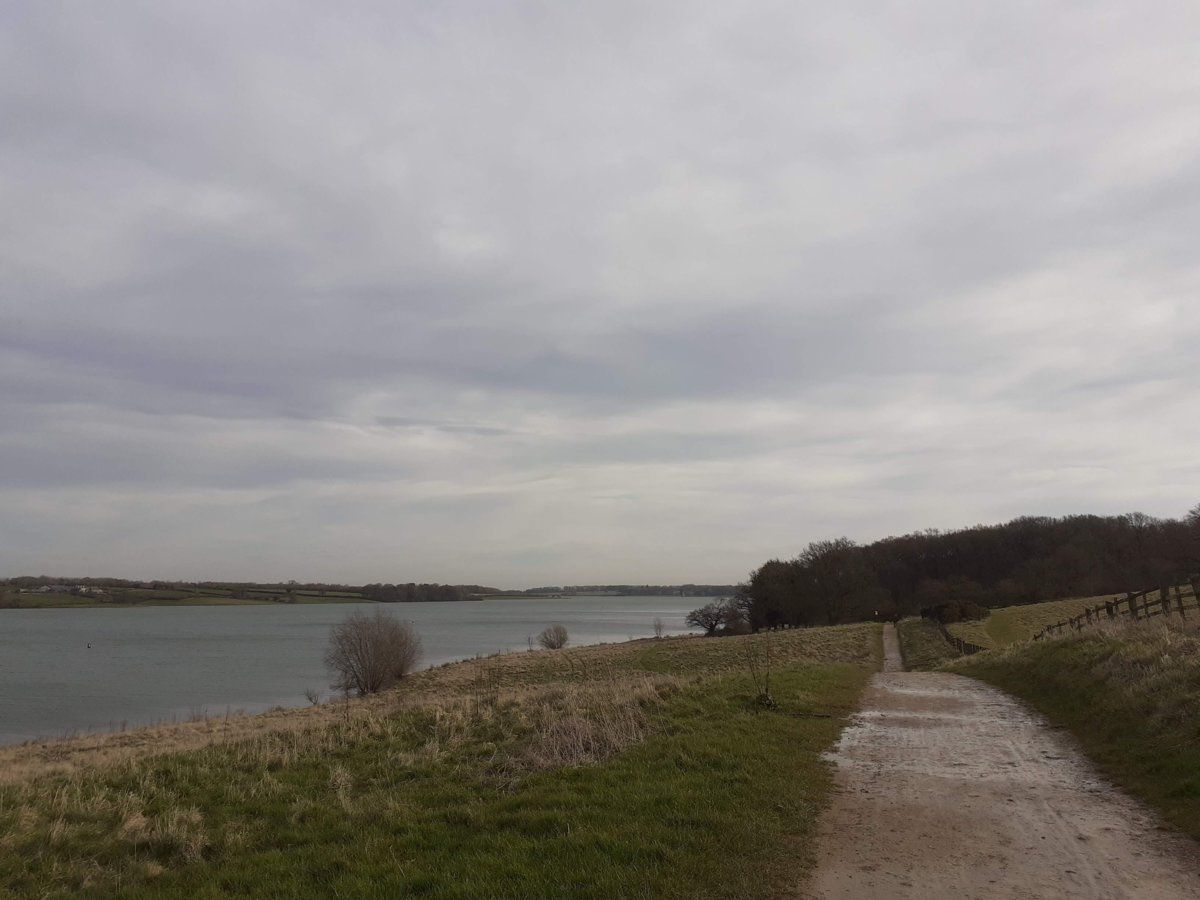 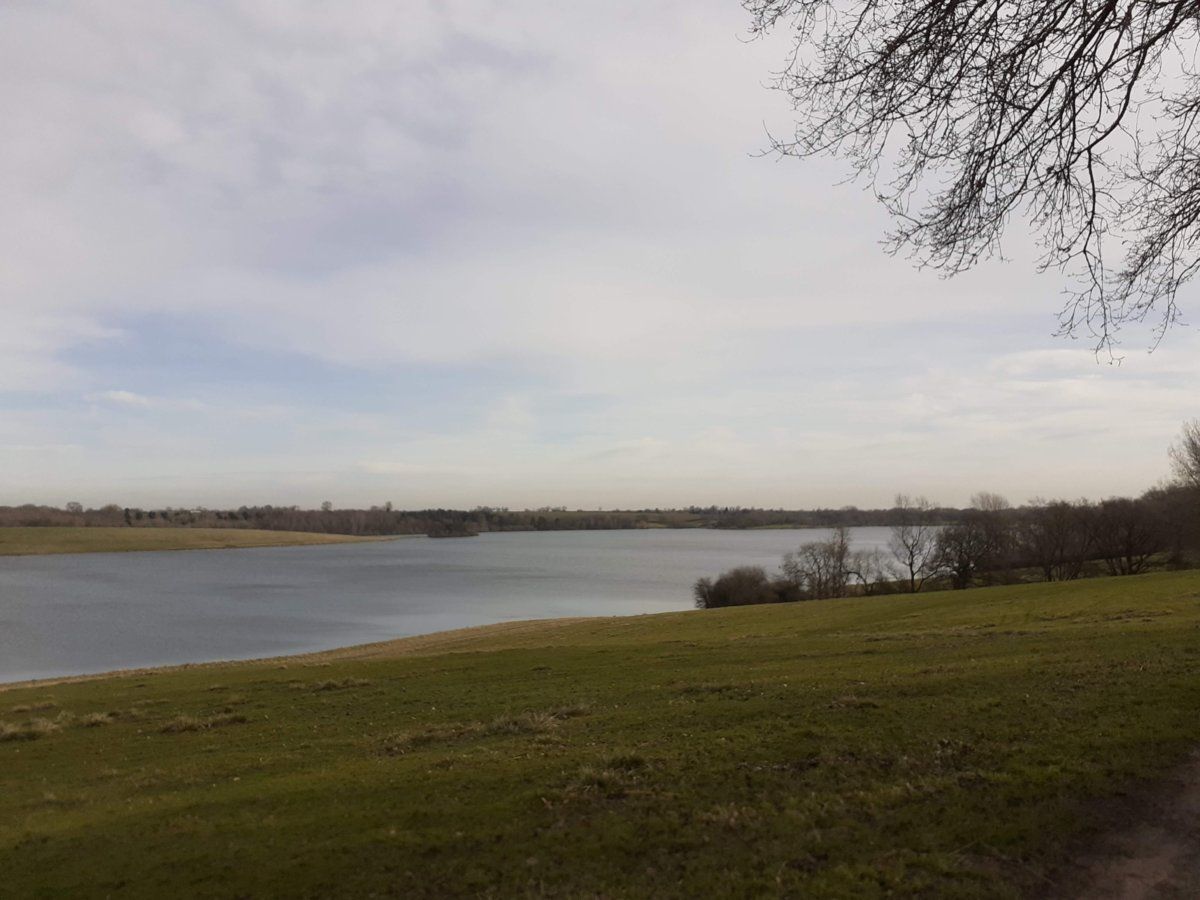 Levo-Lon said:
Day off so I decided to do the Rutland Water loop, 24 miles as I did the peninsula too.
Not to bad, windy in places, but usual filthy ride,well it's valentine's so a mucky few hrs with my honey

Few pics of Rutland.
I would post up Strava but yet again it only recorded a bit and failed.
I'm going to bin that now as I'm fed up with it.

I remember going there the day of the Royal Wedding ( William and Kate) as we had a weekend away, having an extra day off. I remember seeing lots of bluebells in a wooded section, which a lot would have missed as they were too busy having picnics and having a good time. We were going to go back a few years ago but gave up as there was some kind of event on, a biathlon I think, and it was heaving so thought better of it. A good place to cycle though.
Last edited: 15 Feb 2020 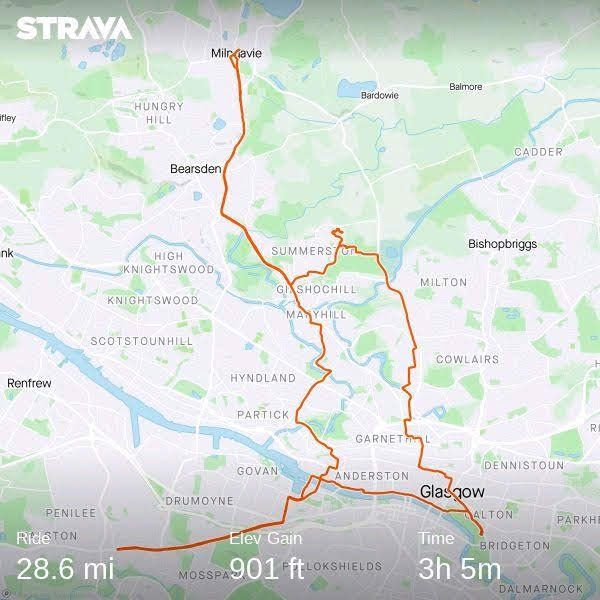 It was wet. Very , very wet, but I still enjoyed it.
No chance of any " speed " . Even slower than my normal plod.

First ride for a couple of weeks. The last storm coincided with me being under the weather with a dodgy throat and fever etc so I wouldn't have been out anyway no matter that it was blowing a gale.
So before Dennis makes an appearance I though to get out in the sun this afternoon. I only had a vague idea of the direction to be taken but it seemed to sort itself out. North to East Keswick and down to Collingham where I crossed The Wharfe and through Linton, Sicklinghall and Kirkby Overblow. I was going to make for Almscliffe Crag but the wind got up with a vengance and the rain set in so at Harrogate Road I hung a left and crossed back over The Wharfe and headed towards Pool before heading back up the valley side via Weardley.
By the time I got to the top of Weadley Bank the wind had dropped away and the sun was out. I pressed on regardless, Almscliffe Crag will have to wait until another day.
I made my way back via Alwoodley, Shadwell and Roundhay Park.