Today's ride gained me 12 squares upto 4354 ,Max cluster went up by 14 to 1940 . Took the opportunity to grab 3 squares at Magna park at Lutterworth a normally busy distribution centre but today is was a ghost town
T

22 more squares today, an extra 37 to the cluster.

@tallliman have you got this one yet? 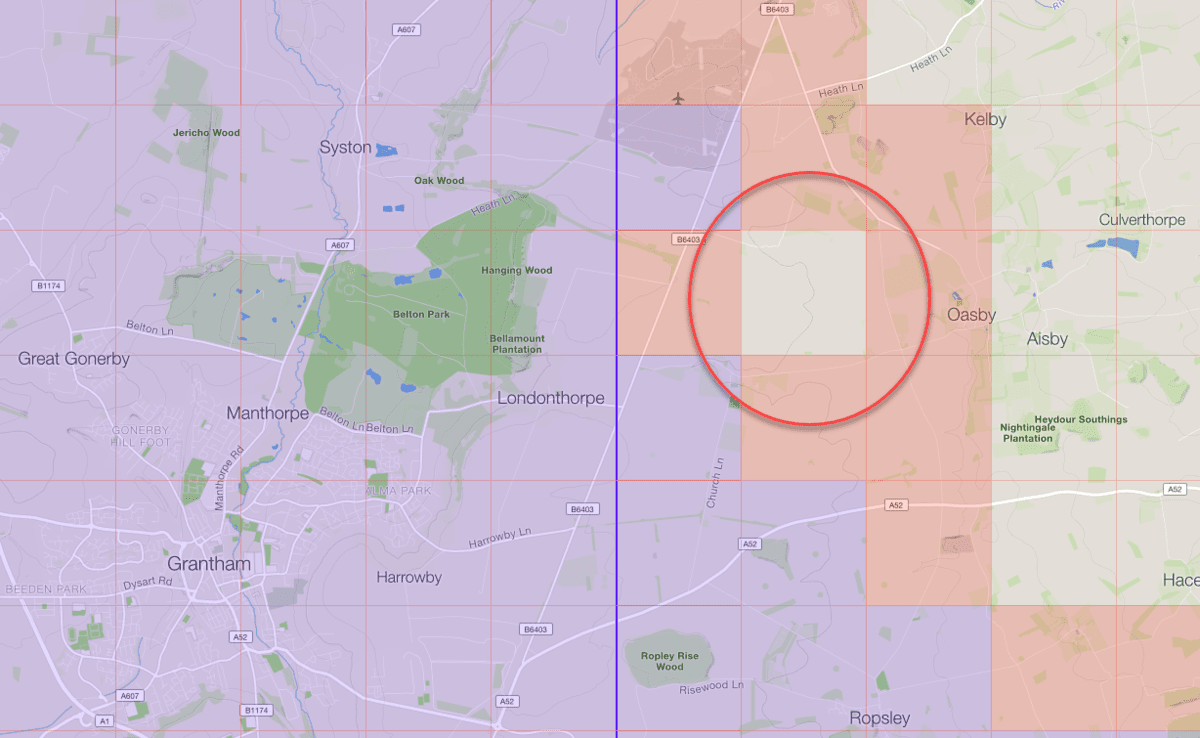 No, I need that one and the one that encompasses Jericho Wood in that region.

I should add that the 2 squares that Green Lane goes through near Aisby were impassable today....I'd have sunk in the mud!
Last edited: 3 Jan 2020

I got Jericho Wood by doing a farm track off Belton Lane. There might have been a few private signs up that I failed to see 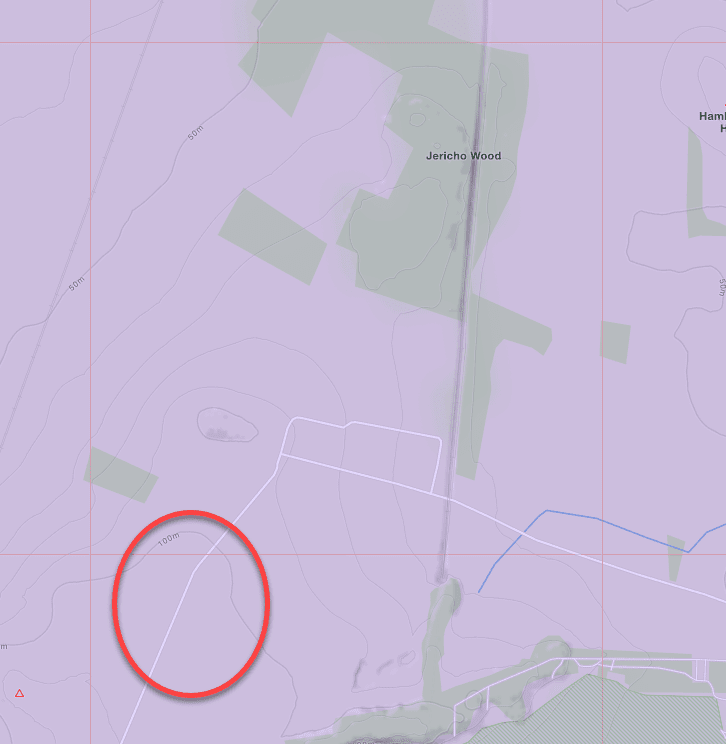 You've got a choice on the square you were interested in.

1) You can ride down the road to Pasture Farm - it is signposted as a private road. However these are often bridleways as well where cycling/walking and horseriding are allowed - which you could use as an excuse if needed because there is a bridleway that goes to the farm just not from this direction. You do need to go nearly up to the farm though.

Other options are the Red Lane bridleway north out of Welby - 800m, Track A to the east of Welby - 200m North on a track to the side of a field (best in dry conditions), Track B - a 100m walk along the edge of a field and a farm garden.

I think I'll end up using the bridleway when conditions allow as I try to use a permitted route where possible.

I need the 2 squares between Aisby and Dembleby as well, when the ground drys up I was going to approach the western square from Aisby and the eastern square from Dembleby in the hope that it would be easier to not venture too far down the bridleway
T

@wajc, I spoke to a horse rider near there who said the bridleway rarely gets properly dry even in the summer. Almost wish I'd done it now but itll wait until summer.

Ride up to Lincoln saw me bag another 23 squares which increased the max cluster by 72. Got the awkward looking one near Newton on Trent, as @wajc pointed out it was a relatively easy one to get once I followed his route.

Also rode along the best bridleway ever to grab two squares, the road that lead to it was pot holed to hell, but once I turned onto the bridleway it turned into nice concrete and then once I'd gone through a gate it turned into runway smooth concrete, it was surreal.
Last edited: 12 Jan 2020
W

I'm guessing the bridleway was the one out of Thurgarton, - it sounds like they must have extended the concrete road recently. Google maps shows it becoming a dirt track near to the last farm you passed on the right and before you get to the squares. I need those 2 squares as well so would be nice to know if it's been improved and can be easily done whatever the weather.

wajc said:
I'm guessing the bridleway was the one out of Thurgarton, - it sounds like they must have extended the concrete road recently. Google maps shows it becoming a dirt track near to the last farm you passed on the right and before you get to the squares. I need those 2 squares as well so would be nice to know if it's been improved and can be easily done whatever the weather.
Click to expand...

Yes it was, the concrete after the gate looked brand new. definitely baggable whatever the weather. Annoyingly If I'd carried on all the way up I'd have got the next square as well.
T

Theres a cafe at the top end of the bridleway. Not done those squares yet though to know if its good.
W

100km ride round the south side of Rutland including Nevill Holt straight after lunch! The ride was made more difficult by forgetting to load the route onto the Garmin.

but I don't think it will be the one including home , due to the coastline & Humber