Not much of a fettle. more of a check-over/clean-up of my CGR, when I got home from work
I'd gone in the car, as I dropped daughter off at her part-time job at 05:50, then left early to pick her up at 13:00

Once home, I disposed of the old chain (that's been on since October), hopefully, the weather will be kinder to this one
The chain-rings also came off, to allow me to check them/clean the frame easily behind them
Disc-pads were also checked, & cassette cleaned with a brush, & old towel run through it

It was then well scrubbed, as far as feasible, with the wheels out

Once it had dried, in the breeze, I put on a new chain, one of the pair that I bought at Decathlon, at the end of last month

I had to shorten it, as rather oddly, they're 118 link

It looks okay, but on inspection the hubs could have been cleaner, as there's still muck in the spoke-mounts (Aksyium wheels)
I might cut some of the reflective tape, I still have, to cover the 'London Road' logos 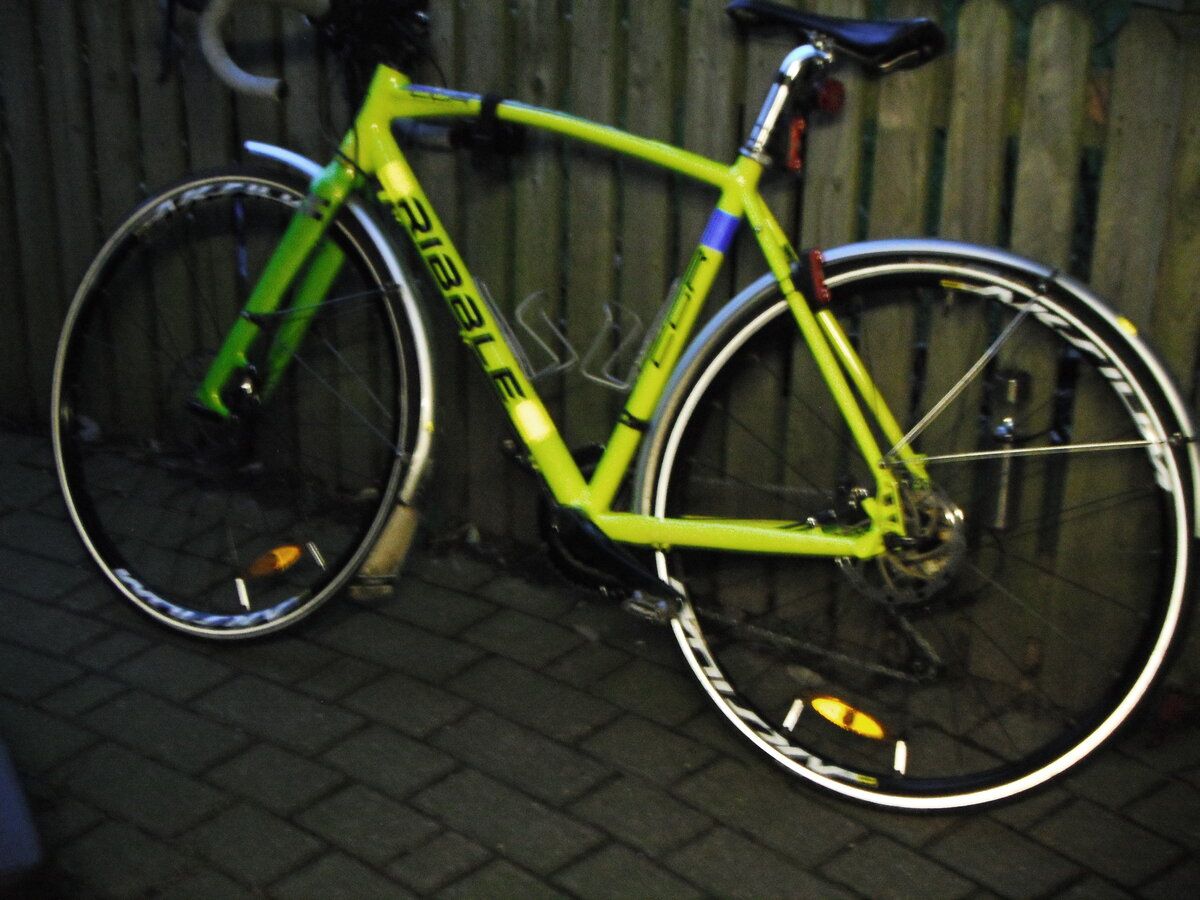 Hmm... that front mudflap's still dirty on the reflective side
Last edited: 20 Feb 2021

I gave the Pilot a good clean today then fitted the long awaited drive side stages powermeter. I originally ordered it in early December but it finally arrived today from the 3rd supplier - top marks to Sigma Sports for getting it to me in 2 days after I'd waited 2 months for others to try and fail

The first job for it was cleaning the old chainset ready for sale, it came out rather sparkly 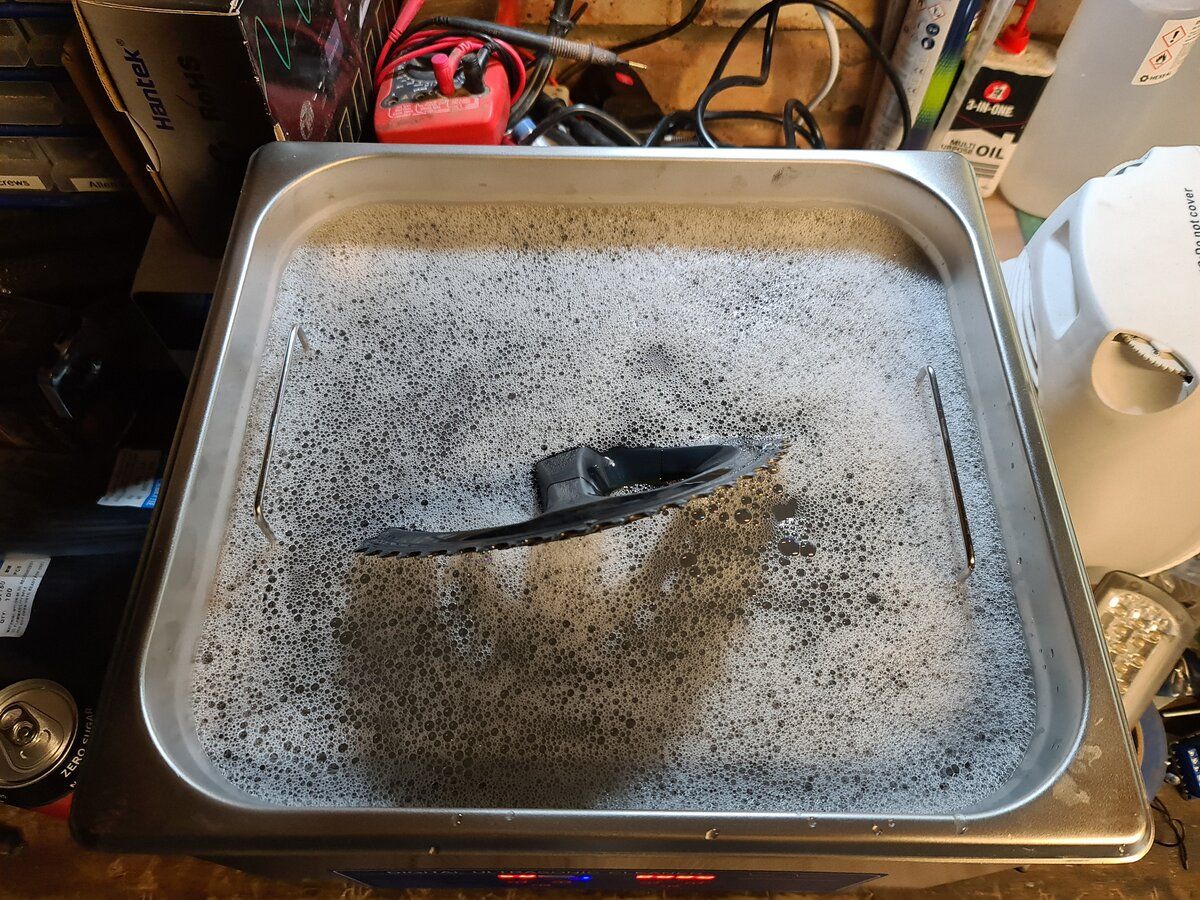 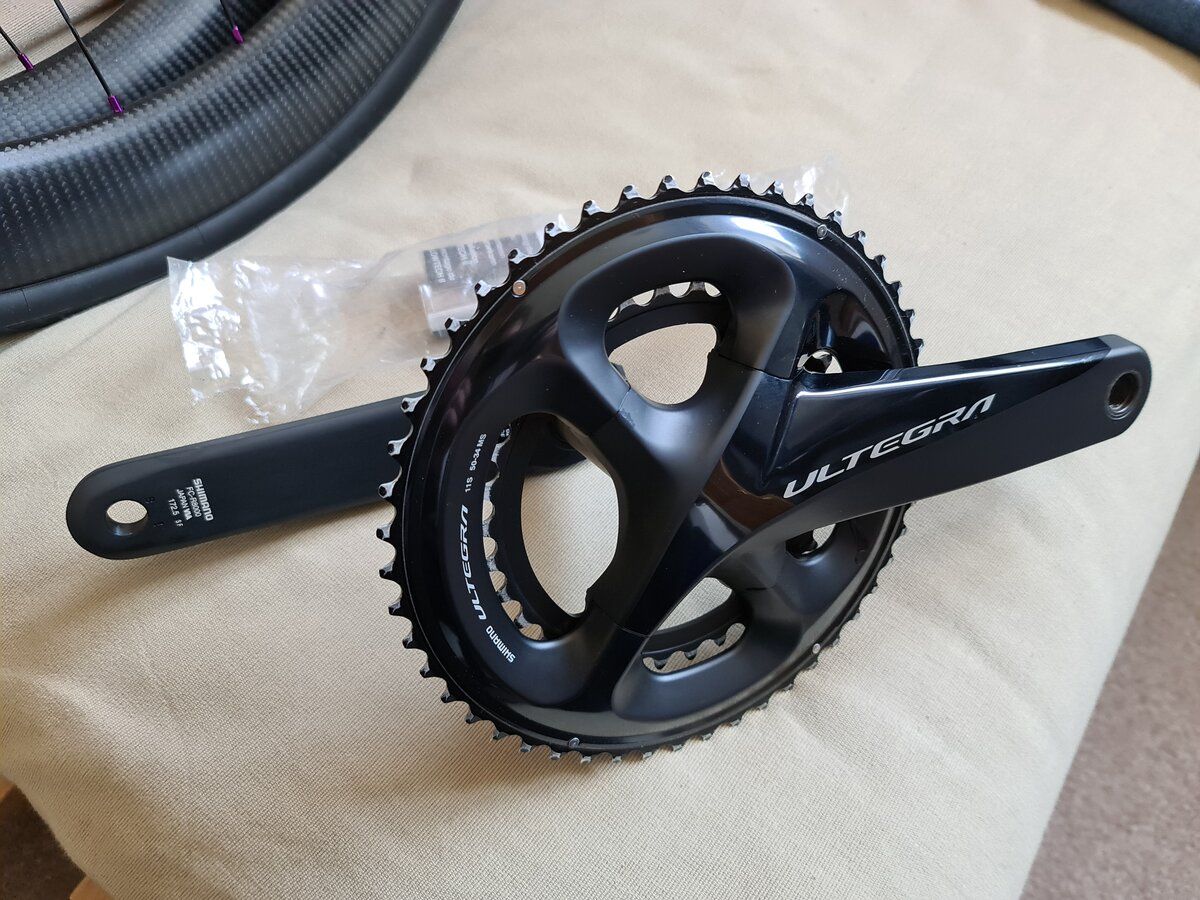 When that was done (6 minutes) I threw the chain and cassette in for good measure and gave them a 10 minute clean while I fitted the new chainset. I wiped the frame and wheels down then reassembled... 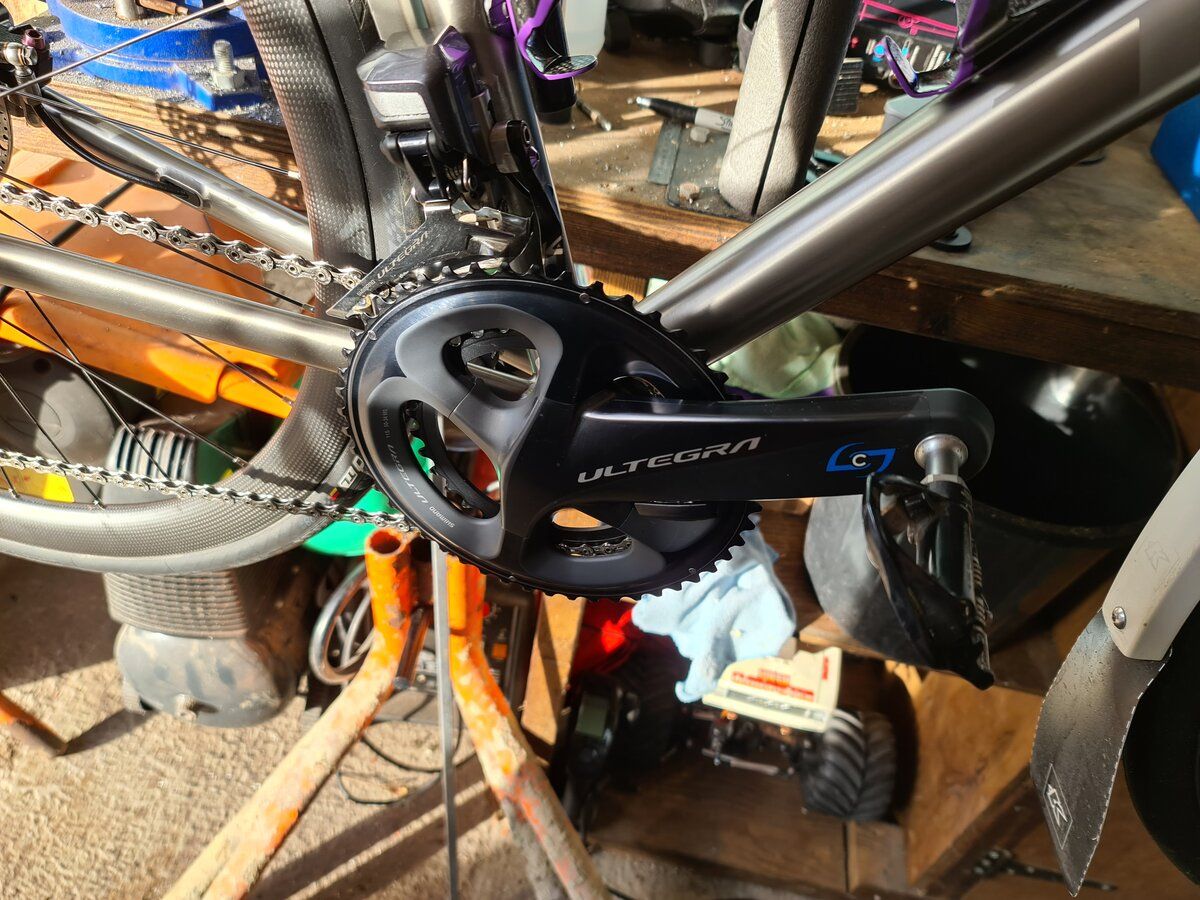 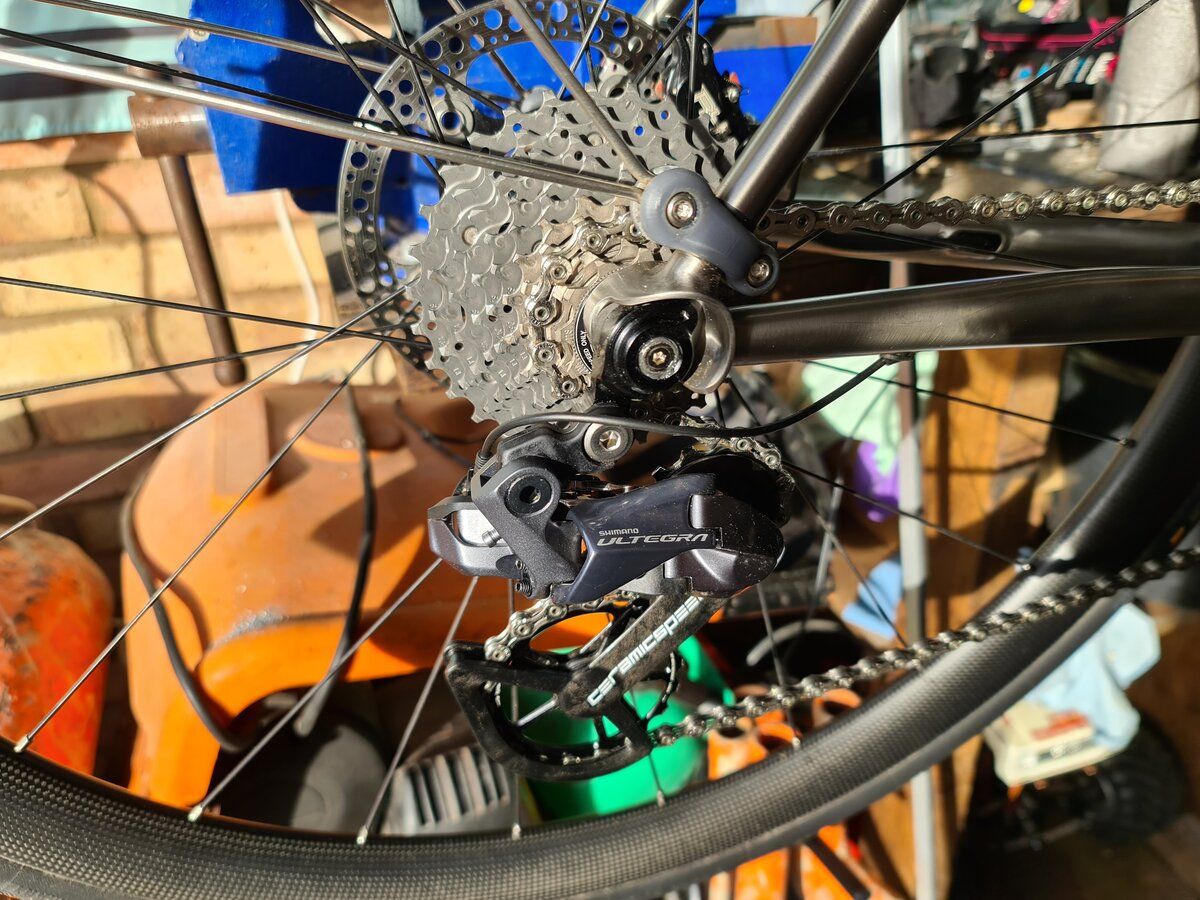 All shiny again! Last job was to update the firmware in the older left hand power meter so it matched the new right hand unit then pair them together; this way the left hand unit gathers the data from both meters and combines it to send to the computer to give overall power as well as left/right balance info.

All clean again and ready to get dirty 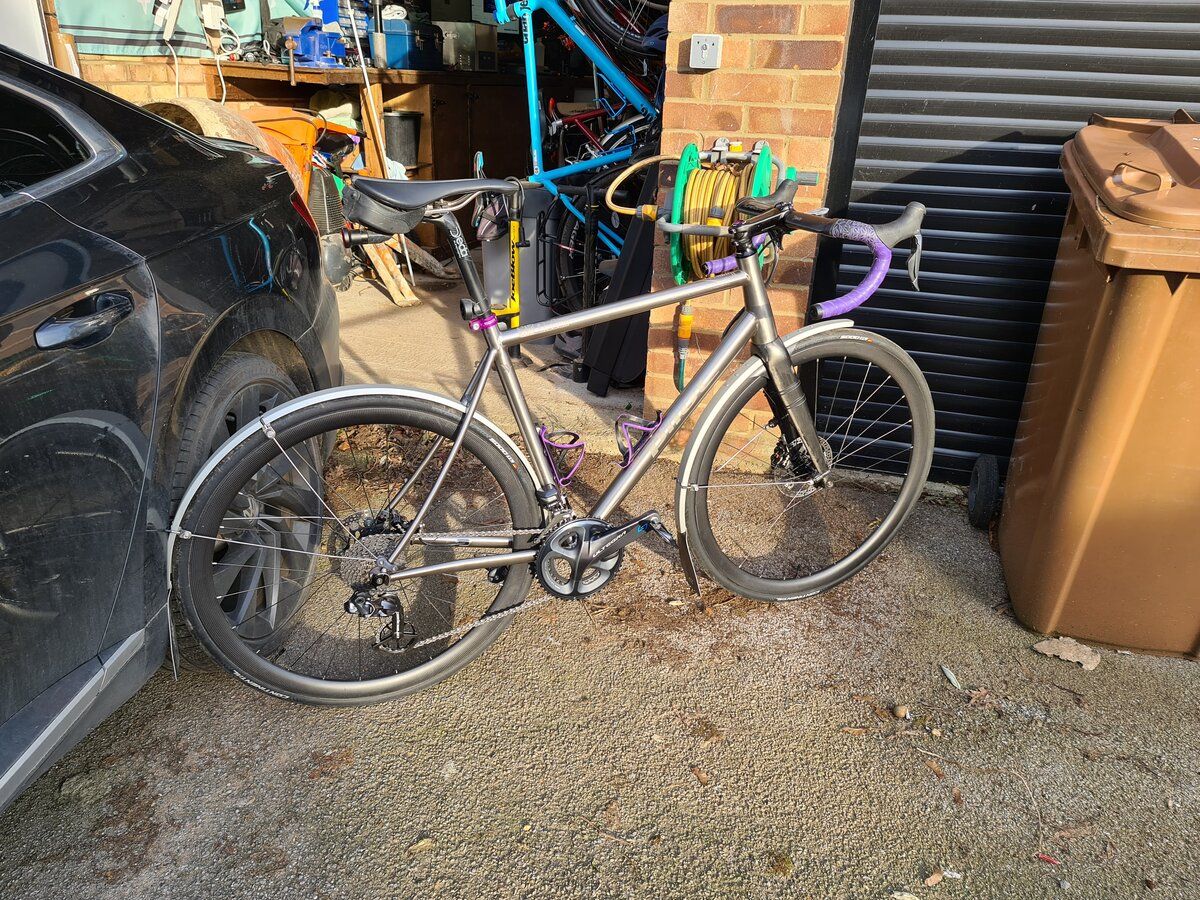 I finished up another bag today. Brown dyed leather with oak side panels .Colonial American stain and clear coated. 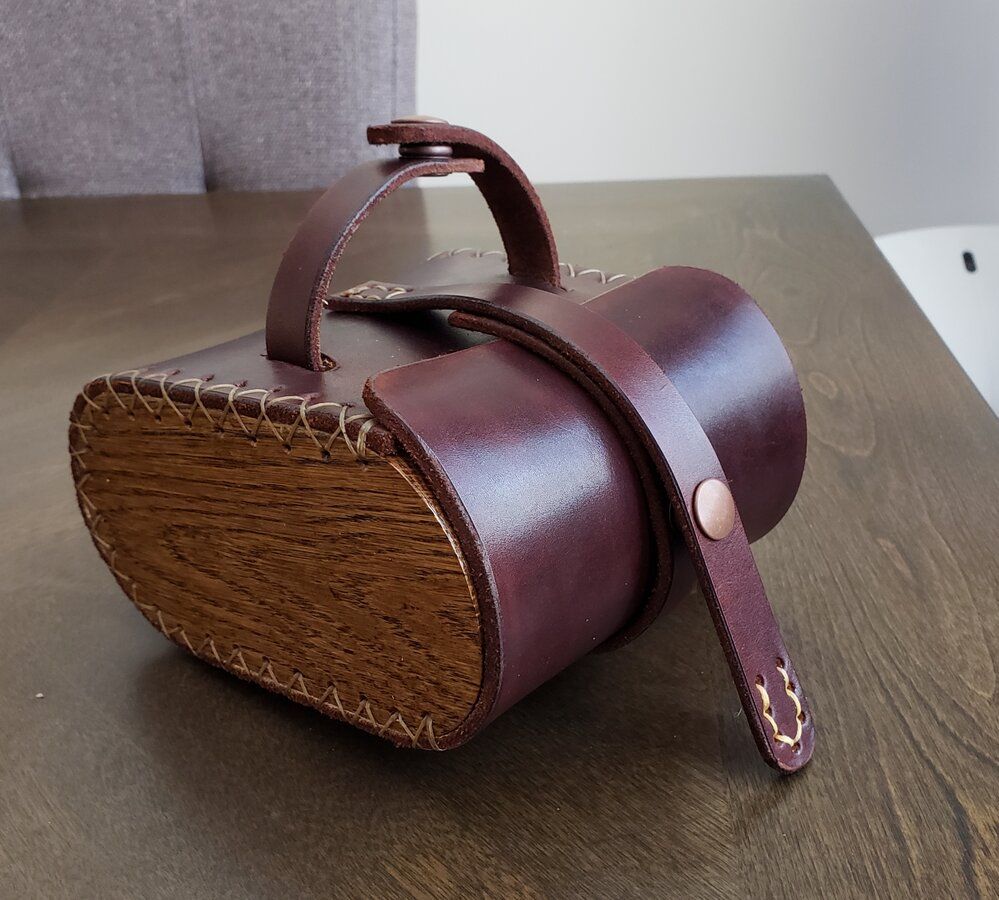 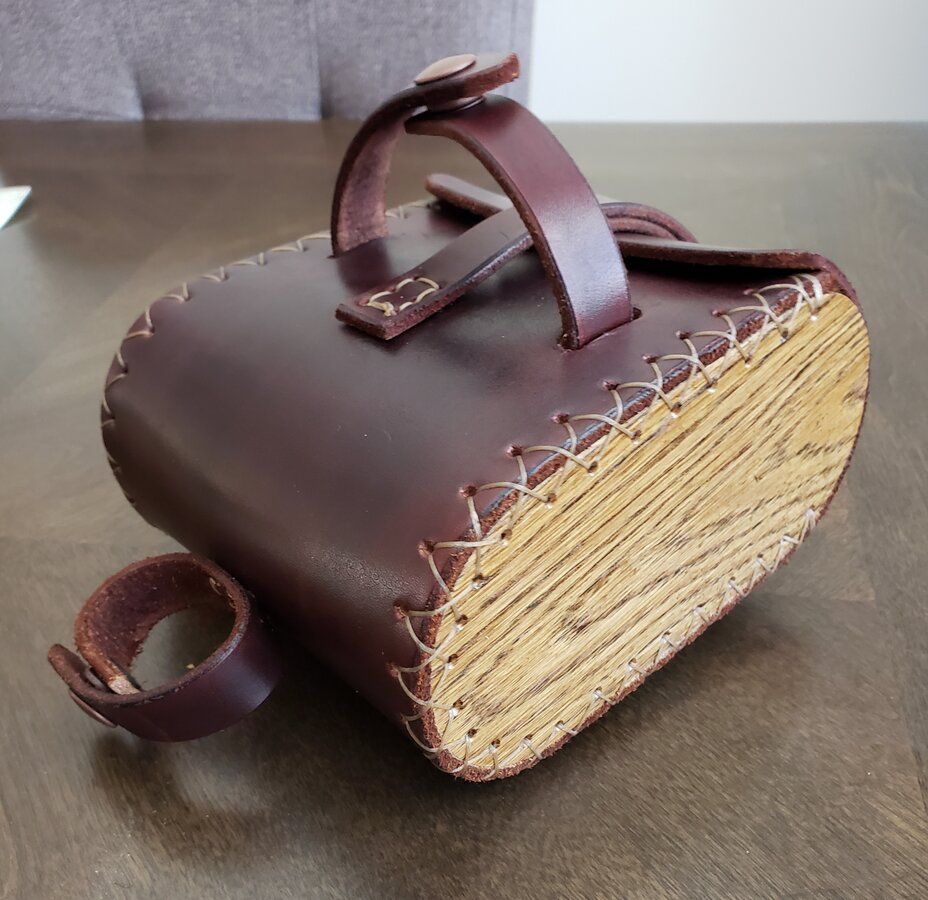 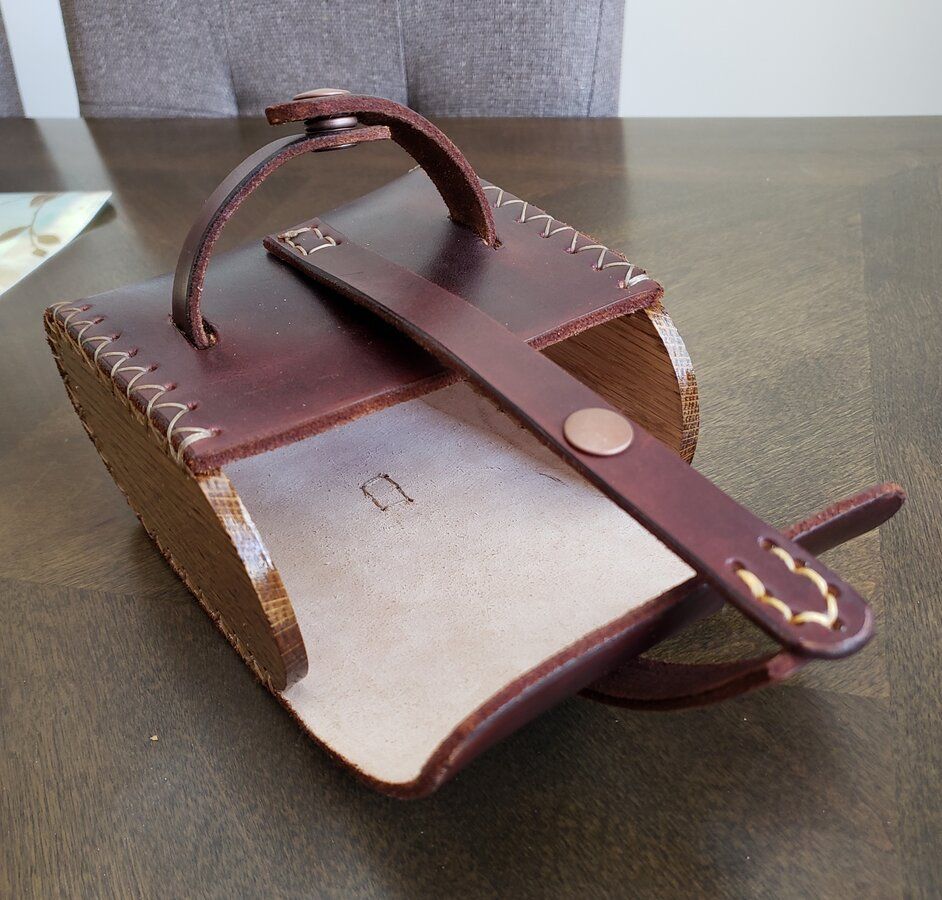 A chainset, toe clips and straps to pedals, then a disruptive friend called by to disrupt, note to self turn the gate intercom off.

Pumped up tyres on wife’s bike ahead of her first ride in a few weeks. Tomorrow I’ll oil the chain.

Not the brake pads as I do with my dear hearts steed?

Did a bit of cleaning five family bikes and pumped up all tyres.

randynewmanscat said:
Not the brake pads as I do with my dear hearts steed?
Click to expand...

Reminded me I need to fit new brake pads to her bike as well. I have the pads but been no rush as she hasn’t been riding through winter.

I managed to source a really clean Campag Veloce 12-25 cassette for my spare turbo rear wheel. This matches the cassette ratios on the road wheel, so I fitted it and was really pleased that it just slotted in and worked without any adjustments to the indexing. 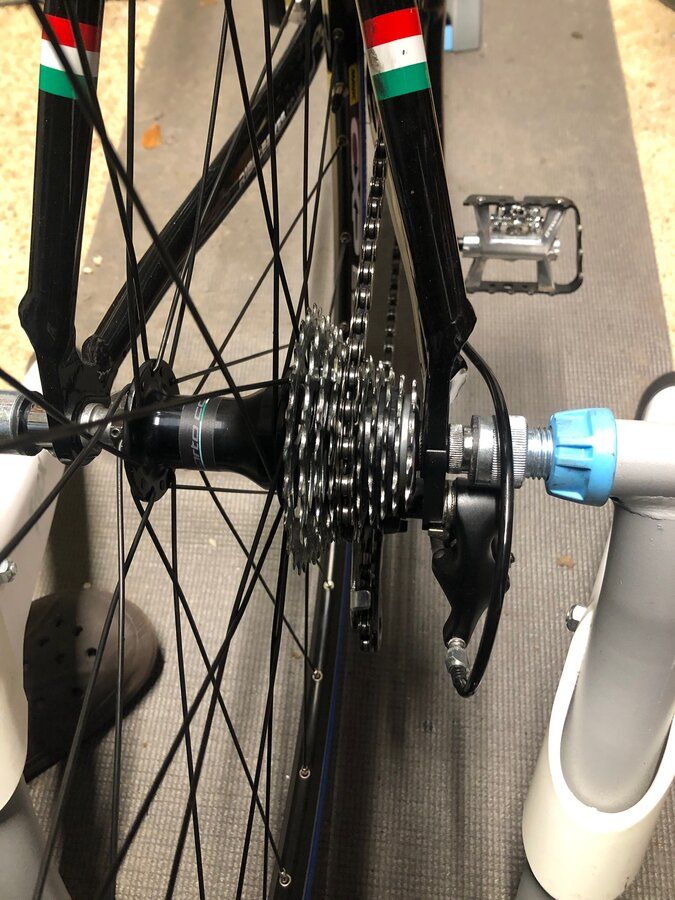 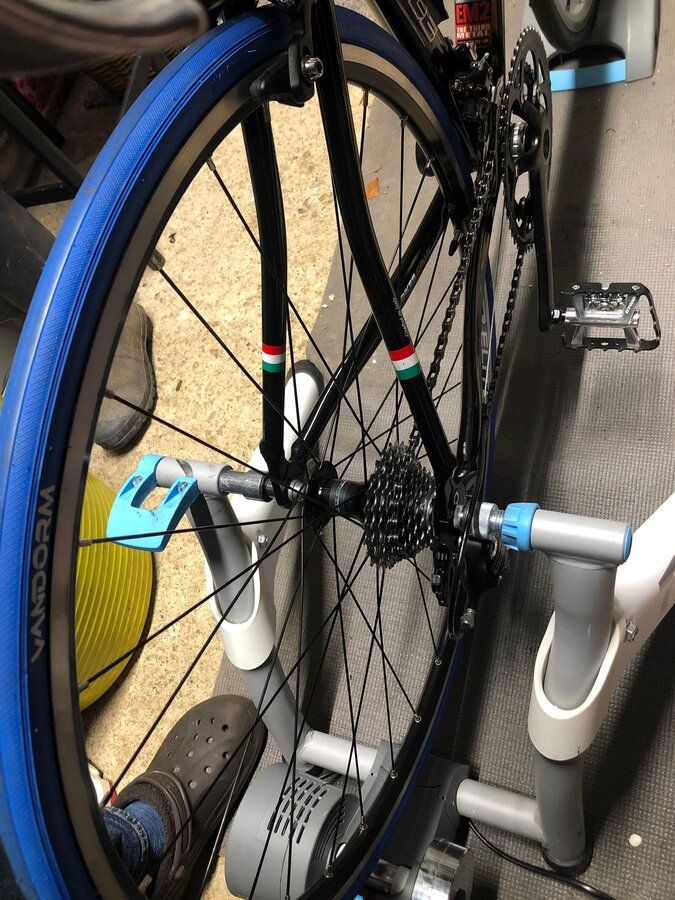 I know there are mixed views on using a second turbo wheel, but it saves wear on the other better quality Chorus cassette and GP4000 rear tyre. I can now swap them over in less than 30 seconds, so for me it’s a good solution.
Last edited: Wednesday at 22:52

Cleaned my Wilier Montegrappa after I thought it didn't need cleaning from Monday's ride. It was

Swapped the 10 speed cassette on the Ritchey wheels for an 11 speed of the Shimano RS wheelset I got this week and put some Fulcrum 5's on.

Then had a play with my Christmas present of an ultrasonic cleaner; it shifted a winter's worth of grime from the 10 speed cassette. That'll go onto the Shimano RS wheels for when the Wilier's being sold later this year.

Swapped the wheels over on my Pilot last night and whipped the mudguards off in the hope I could commute in on it today. With the office being largely closed it can be stored nice and securely and is more fun to ride than the commuter

Also cleaned the cassette on the summer wheels before installing, but only so I had an excuse to fire up the ultrasonic cleaner again

Crikey they're loud, I hadn't really noticed the first time but at 10pm you're more aware of how much noise you're making in the garage

Wifes C-HR, again, the same, when she got home

Pulled my MTB out of the shed where it has languished since before the first lockdown. Brakes were fscked completely, so new pads in both front and rear with the rear needing a full bleed as it was full of air. The pads were down to the backing plates so not entirely surprising.

Also pulled off the rear wheel pulled the axle to put some grease on the bearings as they were a little dry and straightened the hanger. All done in just over an hour, so pretty pleased with that.

si_c said:
Pulled my MTB out of the shed where it has languished since before the first lockdown. Brakes were fscked completely, so new pads in both front and rear with the rear needing a full bleed as it was full of air. The pads were down to the backing plates so not entirely surprising.

Also pulled off the rear wheel pulled the axle to put some grease on the bearings as they were a little dry and straightened the hanger. All done in just over an hour, so pretty pleased with that.
Click to expand...

Hopefully not this bad

Not mine!!! (taken from social media) 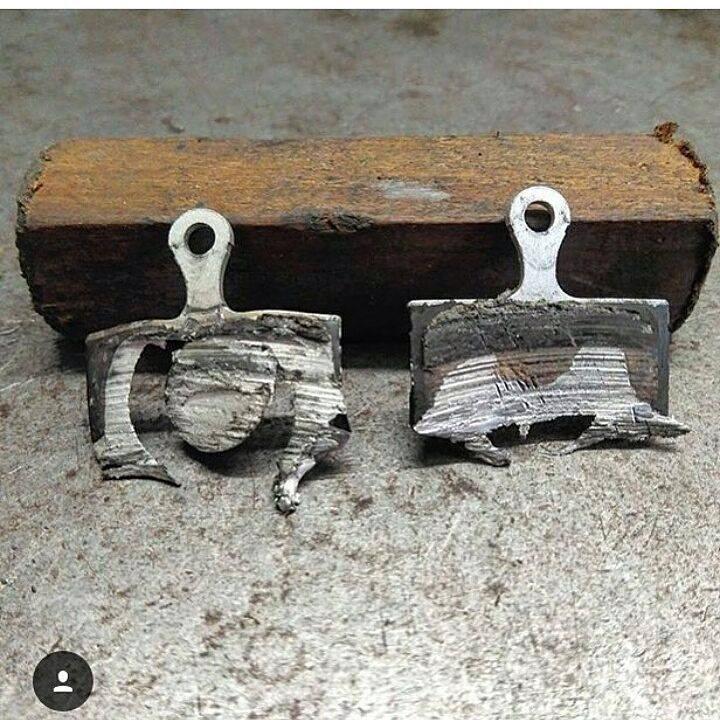